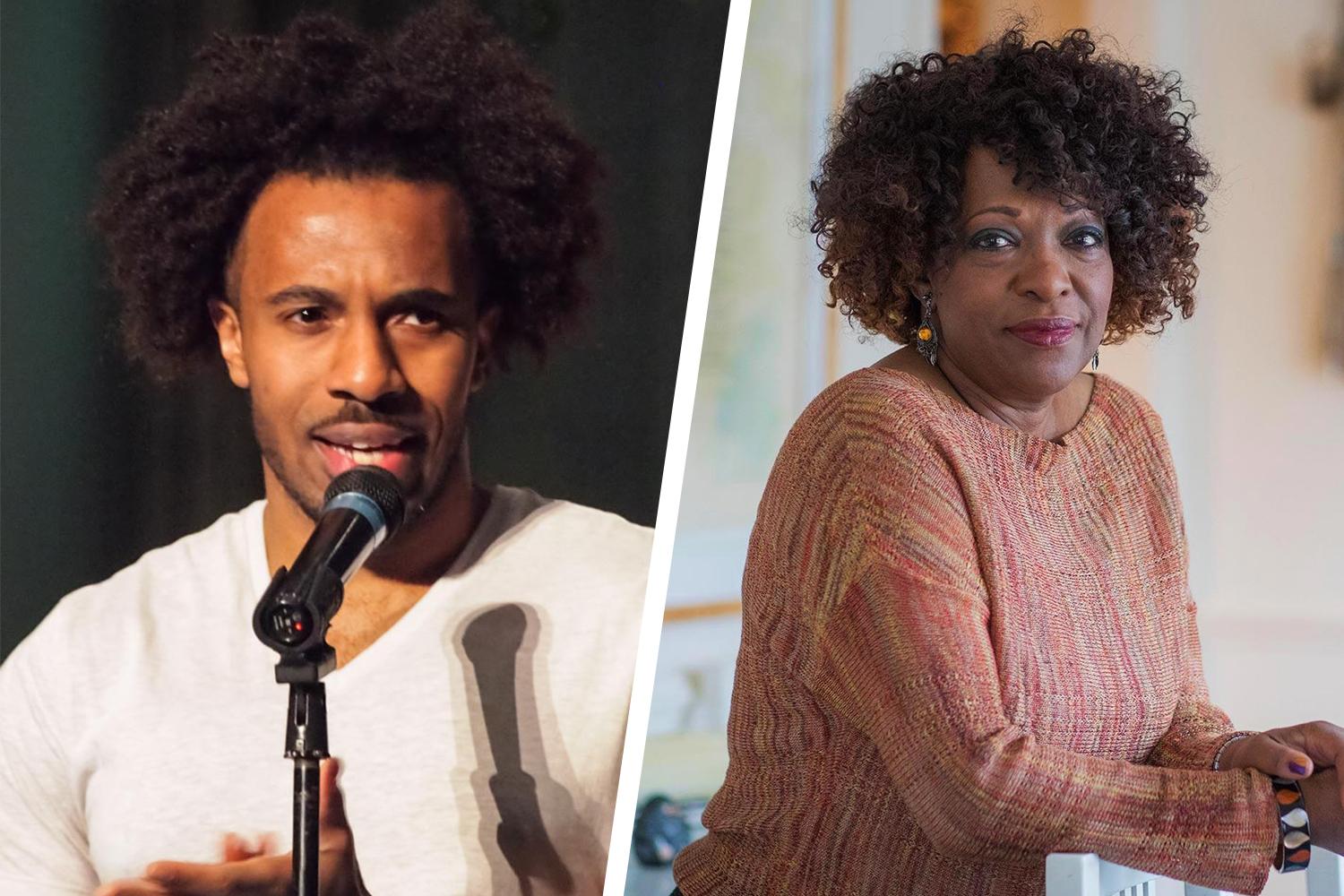 The Academy of American Poets announced Thursday the winners of eight prizes the group bestows annually, one of which went to Rita Dove, Commonwealth Professor of English at the University of Virginia.

Another award, the Lenore Marshall Poetry Prize, went to Kyle Dargan, a 2002 alumnus of the English Department’s Area Program in Poetry Writing – and a former student of Dove’s.

The nonprofit organization’s Board of Chancellors selected Dove to receive its Wallace Stevens Award, “given annually to recognize outstanding and proven mastery in the art of poetry,” the academy’s announcement said. Established in 1994, the award comes with a $100,000 prize. Past winners have included Adrienne Rich, Yusef Komunyakaa and Joy Harjo, the current U.S. poet laureate. Dove held that position for two years, starting in 1993.

Writing from Colombia, where she had participated in the Bogota Poetry Festival while on a sabbatical from the University, Dove said she was deeply honored to be chosen for the award.

“I’m elated, of course – who wouldn’t be? – but I also find it enormously reaffirming that my work has been recognized so generously by such an esteemed council of peers,” she wrote.

Dove can add this award to the impressive array she has garnered over the past 30 years, including 28 honorary doctorates, a Pulitzer Prize, the National Humanities Medal bestowed by President Bill Clinton, and the National Medal of Arts presented by President Barack Obama, making her the only poet who has received both medals. In 2015, she became the 10th recipient of China’s Poetry & People International Prize for Poetry as the first English-language poet and second foreign woman in the award’s history.

Closer to home, she received the Lifetime Achievement Award from the Furious Flower Poetry Center at James Madison University in 2014 and the Virginia Commission for the Arts “50 for 50 Arts Inspiration Award” in Literary Arts in 2018.

Her 10th volume of poetry, “Collected Poems, 1974-2004,” which W.W. Norton published in 2016, was a finalist for the National Book Award and winner of the NAACP Image Award for Outstanding Literary Work.

Her third book of poems, “Thomas and Beulah,” a collection of interrelated poems loosely based on her grandparents’ life, earned her the 1987 Pulitzer Prize, making her the second African American poet (after Gwendolyn Brooks in 1950) to receive this prestigious award.

In addition, Dove has published a novel, a book of short stories, a play that has been produced many times, and numerous essays, plus songs and texts for musical collaborations. She joined the UVA faculty in 1989 and was appointed Commonwealth Professor of English in 1993.

She has taught hundreds of undergraduates in the Area Program for Poetry Writing and graduate students in the English Department’s Creative Writing Program. The latter program in particular has developed a strong reputation over the past 40 years for its two-year curriculum, especially because the class size has remained small, creating close-knit groups.

As a former teacher of Dargan, Dove said she couldn’t be prouder.

“I was so excited when I found out about Kyle! That good news thrilled me as much as my own,” she said. “His is such a fierce and brilliant poetic voice.”

Dargan received his prize for his fifth book of poems, “Anagnorisis,” which also was long-listed for the Pulitzer Prize. The academy’s prize recognizes the most outstanding book of poetry published in the U.S. the previous year. The $25,000 award also includes a 10-day residency at Glen Hollow in the Finger Lakes region of New York.

“I was so excited when I found out about Kyle! That good news thrilled me as much as my own. His is such a fierce and brilliant poetic voice. ”

Dargan said last year that reading Dove’s poetry in high school influenced his decision to attend UVA, to which he transferred. The faculty, including Dove, modeled an ambitious intellectual life for him, he said, elaborating in a recent email after hearing about the awards. Dargan, an associate professor of literature at American University, also directs that school’s Creative Writing Program.

“In addition to teaching the craft of poetry and modeling it in her own writings, Professor Dove modeled for me a way to be both ambitious, high-achieving, and still accountable to and engaged with a socio-artistic community,” he wrote.

“The prize that I eventually won to start my publishing career – the Cave Canem Poetry Prize – she was encouraging me to apply for while I was still an undergrad. And I’m sure she knew I wouldn’t win then, but she knew I had to get accustomed to putting myself up to, and failing to achieve, big goals,” he wrote.

That first book of his, “The Listening,” won the 2003 Cave Canem Poetry Prize, from the eponymous nonprofit organization described as “a home for black poetry,” dedicated to supporting and increasing the representation of African American poets in the literary landscape.

Similarly, Dargan describes Dove’s dedication and support in her mentoring, and said a lot of younger poets today might not know how much work she has already done on behalf of “the dignity and inclusion of black poets.”

“When that kind of figure asks you to ask more of yourself – and still maintain your empathy and grace – you work to figure out how to do it,” Dargan said.

Although Dove’s award may be the equivalent of a lifetime achievement award, she is not resting on her laurels.

Asked what she is working on while on sabbatical, she wrote, “I’ve just finished a group of poems for a song cycle, in collaboration with composer Richard Danielpour; the premiere is set for Tanglewood in the summer of 2020, followed by the Kennedy Center that fall. Work on the first volume of my memoir continues, after it has spent some time on the back burner while I was writing my weekly poetry column for the New York Times.

“And of course, there are new poems brewing, always!”