U.Va. Professor Uncovers the Rich History of Philanthropy in America 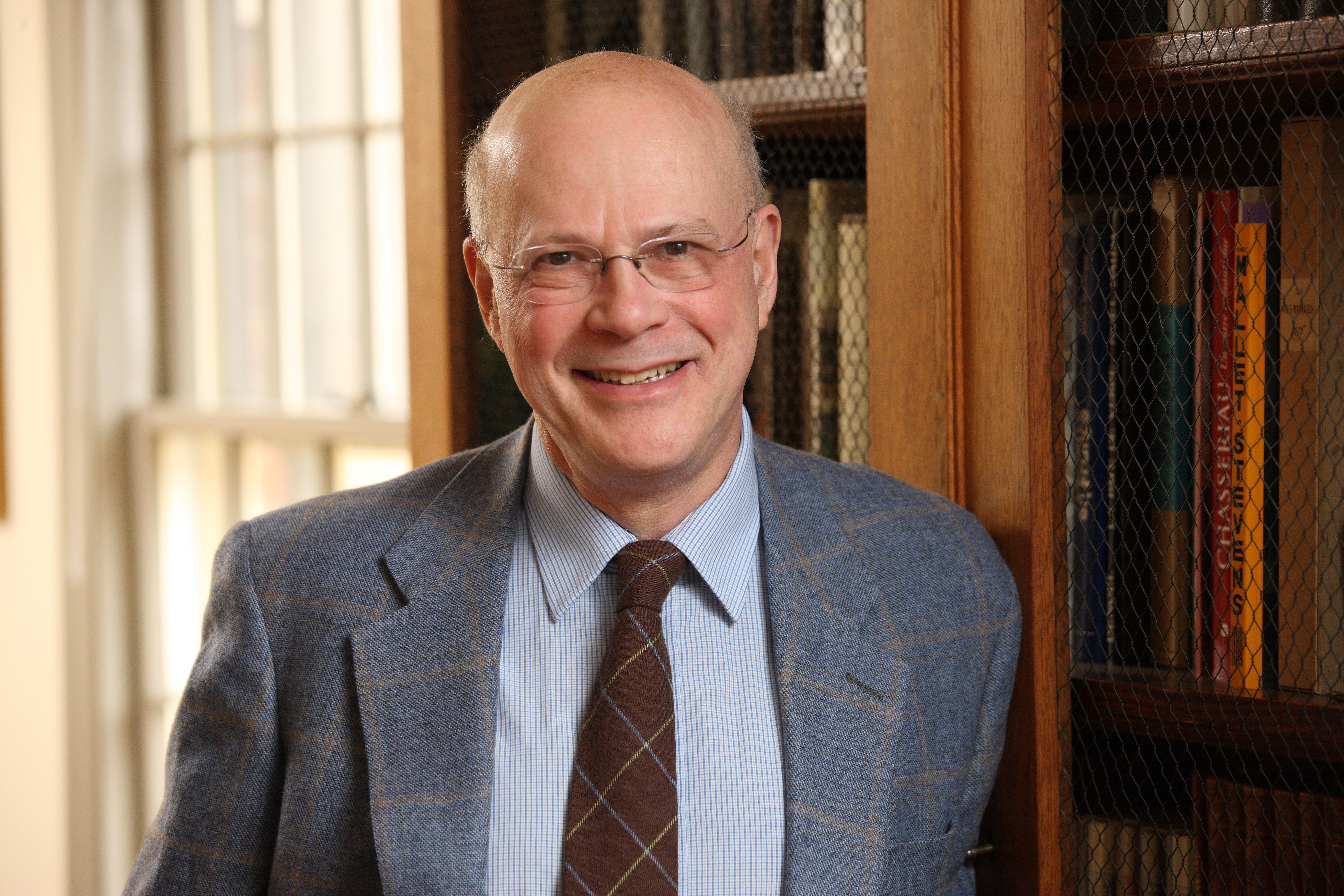 Philanthropy is not just an activity of the well-to-do in the United States, Olivier Zunz, a history professor in the University of Virginia's College of Arts & Sciences, concludes in his new book, "Philanthropy in America: A History."

Published by Princeton University Press, the book tells the story of giving away money in America from the latter part of the 19th century to modern times, examining not only the philanthropy of those with sizable fortunes, but also the philanthropy of the masses, as large numbers of people give small amounts of money targeted at specific causes.

He also examines the relationship between philanthropy and politics, the professionalism of fundraising and the creation of the non-profit sector.

Zunz said the book – on which he has worked, on and off, for about 12 years – grew out of research for his previous book, "Why the American Century?", about the ascent of the United States to a world power.

"I argued in 'Why the American Century?' that the growth of American science propelled America on the world scene," Zunz said. "This is when I realized the role philanthropy played in funding early big science."

Private money created colleges and universities devoted to science (as distinguished from those founded by religious institutions) and to eradicating specific diseases, such as tuberculosis. Wealthy Americans also built scores of libraries, museums and hospitals across the country, often working with local organizations, and continued to donate to existing institutions.

All of that generosity stemmed from an expansion of wealth in the second half of the 19th century and the early 20th century. In the two generations following the Civil War, an unprecedented number of Americans became rich. In the 1870s, the U.S. had about 100 millionaires. By 1892, the figure was 4,000 millionaires, and by 1916, more than 40,000. John D. Rockefeller Sr. and Henry Ford were billionaires. With these immense fortunes, giving moved beyond mere charity; their philanthropic power was used to shape the fortunes of mankind.

"The philanthropic projects were acts of generosity and hubris on a scale never before entertained," Zunz writes. "The new rich felt free to both envision and fashion the common good, and they did so."

Education was a popular theme for philanthropists.

"Until then, it had been unimaginable that some Americans could be wealthy enough to build, almost entirely by themselves, a complete university and have it compete effectively with older schools that had acquired size and strength over generations," Zunz writes. "And yet this is what Johns Hopkins did in Baltimore, Ezra Cornell in Ithaca, Leland Stanford in Palo Alto, and John D. Rockefeller in Chicago. In fact, the University of Chicago was just the first in a series of prestigious institutions of research and policymaking that the oil magnate bankrolled, including the China Medical Board, the Rockefeller Sanitary Commission, the General Education Board, the Rockefeller Institute for Medical Research, the Laura Spelman Memorial and the Rockefeller Foundation."

Zunz writes that the modern American university owes an enormous debt to the new philanthropy.

"Philanthropic investment in education and science under the guidance of academic leaders … was heavy," Zunz writes. "Philanthropists found in educators and scientists grantees who could put the new money to work for both credible and important goals. The idea was not simply to expand the number or size of academic institutions, but to create an educational establishment that was ecumenical and open to science rather than denominational in outlook."

But the uniqueness of philanthropy in America was not that the rich gave money to fund science and research, but that the average people did as well.

"Turning large fortunes into public assets for the good of mankind was a huge project," Zunz writes. "But what gave philanthropy even more of a central place in modern American life was the simultaneous creation of a people's philanthropy – or mass philanthropy – that engaged the large American middle and working classes in their own welfare."

Through the creation of "community chests" and fund-raising drives such as the March of Dimes, plus the push to eradicate tuberculosis, average people became involved in philanthropy, investing small amounts of private money for the common good.

"American philanthropy is not a matter of the rich helping people in need, but of people, rich or not, providing for their own future," Zunz writes. "American philanthropy contains a very important and motivating element of frank self-interest. Donors themselves gain when their contribution leads to a cure for a common disease or when it provides them access to better cultural amenities."

This frank sense of common self-interest has made American philanthropy unique, he said.

"I make a point of covering not just the big money, but the mass philanthropy and its effect on public policy," he said. "Its reach and scope go deep into the population and into self-government, which depends on self-funding."

Zunz's book outlines the stories of the major foundations, such as Rockefeller, Carnegie and Sage, and how they used their money not just to help others, but to guide society.

"Charity had been for the needy; philanthropy was to be for mankind," he writes. "Philanthropists, however, could not have done this by themselves. The much-heralded shift from charity to philanthropy could not have happened without a partnership between the rich, who had made their careers as organizational wizards, and the various progressive elites of the academic world, local governments, the judiciary, and emerging professional associations. Together, these interests figured out how to put the new money to work for science, education and public health."

Zunz focuses on the legal and political battles that took place as the vast fortunes moved from performing charity work to things that were beneficial to society as a whole, as the benefactors saw it.

"The bigger you get the more you compete with the state," he said.

Zunz, 65, has been with the University for 34 years. A native of France, he came to the United States in 1969 for a graduate fellowship to Princeton University. He started out studying French history, but then shifted to American history.

"A historian is always an outsider of sorts," Zunz said. "If you study medieval history, you are an outsider, but yes, a different kind of outsider depending on your own society and culture. Being from France, already 23 years old when I first visited the U.S., inevitably led me to make comparative judgment. This has saved me from being prisoner of any historical province."

Research and writing are important elements of his pedagogy.

"Research is the engine of everything," he said. "This is how I renew my teaching, come up with new ideas, stay enthusiastic about things. I could not teach without research and writing."

When he first considered philanthropy as a subject, Zunz thought the path was probably well trod.

"I found that the last general history of philanthropy was written in 1961," he said. "It is not often that you find something that has not been done."

What’s Next for UVA’s Class of 2022? END_OF_DOCUMENT_TOKEN_TO_BE_REPLACED

How Affordable is UVA? END_OF_DOCUMENT_TOKEN_TO_BE_REPLACED