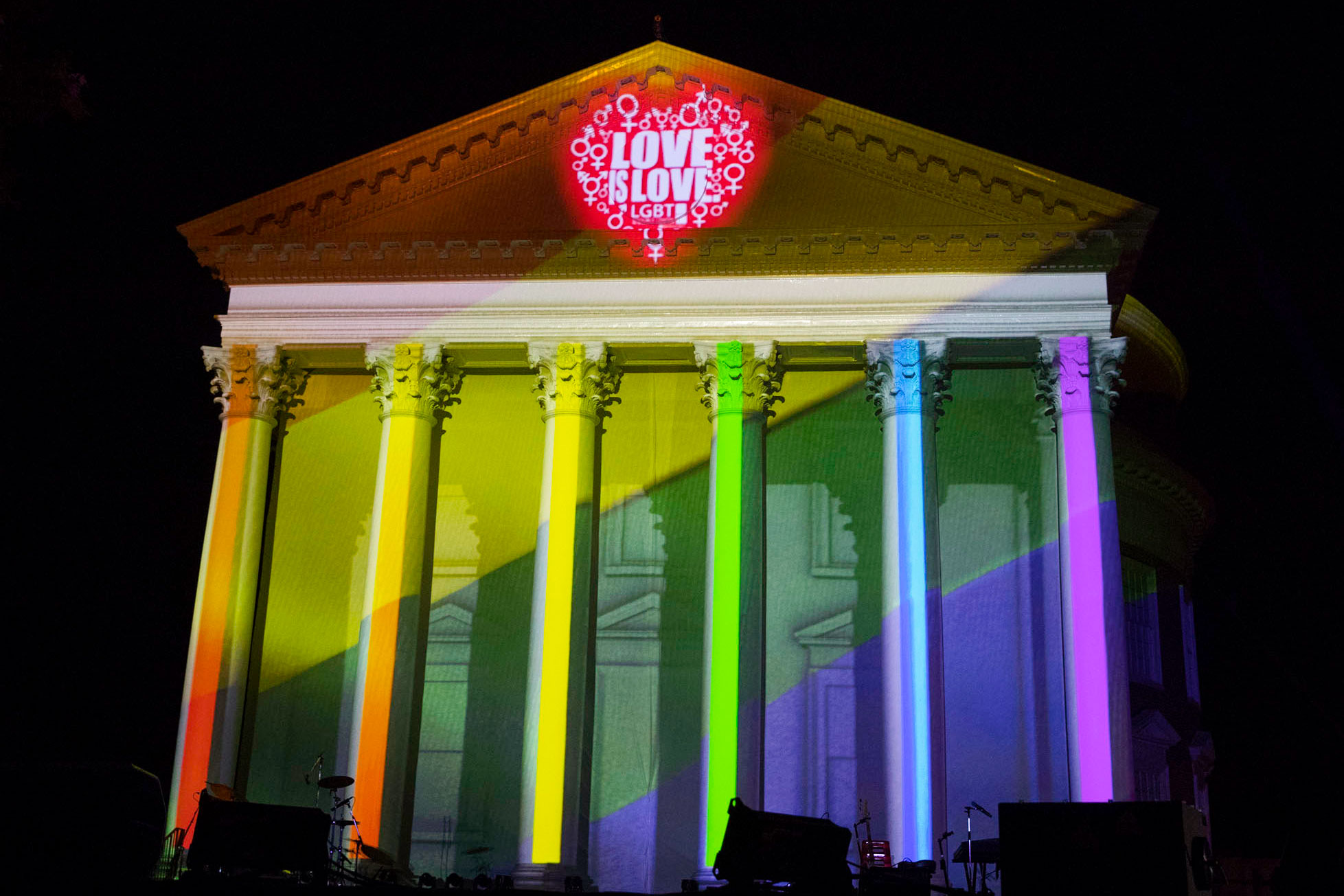 The University of Virginia has been ranked the 7th most welcoming college or university to LGBTQ students in the country.

The Campus Pride Index, an independent national scorecard of best practices, put UVA in the top ten for its LGBTQ-friendly campus life. It is a dramatic jump for the University, which was ranked 38th last year.

Gary Nimax, who is UVA’s assistant vice president for compliance and chair of the University’s LGBT Committee, said the main reason for the massive leap is that UVA did a more complete job of self-reporting its services and supports for the LGBTQ community to the Campus Pride Index.

“I think we did a more thorough job of going through every item to make sure they had all the documentation to back up our answers,” he said. “I think what was happening was there were a couple of cases where we didn’t get credit.”

Excited to share that @UVA is now ranked 7th in the nation as the best college or university for #LGBTQ students in the latest ranking announced by the Campus Pride Index, an independent national scorecard of best practices. This is great news any month but feels particularly special being released this month. There’s always more work to be done, but kudos to everyone at UVA who contributed to this terrific distinction. #uva #pride #pridemonth

UVA was also ranked the top university in Virginia for LGBTQ students for the second year in a row. The ranking comes during Pride Month, designated to commemorate the Stonewall riots, when members of New York’s gay community rioted violently after police raided the Stonewall Inn, a gay bar in Manhattan.

Nimax said in recent years the University has made improvements in how it works with transgender students. In 2014, for example, UVA added gender identity to its nondiscrimination policy. “We’ve since added the full spectrum of transgender health care needs to our insurance plan for both employees and students,” he said. Student Health also has a transgender health clinic, and the Maxine Platzer Lynn Women’s Center is supportive of different gender and sexual minorities on Grounds.

Nimax’s team also helped solidify the signage for bathrooms at UVA. “There was some confusion about all-gender bathrooms,” he said. “People who had the single stall restrooms were not using consistent signage, so we came up with wording to use about the restrooms.”

Nimax said it was an interesting time, in 2016. “It was at the time of the bathroom bill in North Carolina and people were kind of freaking out about bathrooms in general,” he said. “These are bathrooms like you would use in Starbucks or in a plane.” Today, new buildings or ones being renovated now all display signs that read “All Gender Bathroom” for single stall bathrooms.

The new ranking comes at a time when UVA’s LBGTQ Center is growing. This summer, it will move from a small, lower level office to UVA’s Kaleidoscope Room, an open, third floor unit in Newcomb Hall. The move will vastly increase the visibility of the center, which was established by the Office of the Dean of Students in 2001 with support from the Serpentine Society, an inclusive organization for all lesbian, gay, bisexual, transgender and queer UVA alumni.

In its ranking, the Campus Pride Index lauded UVA’s LGBTQ Center, writing that it “sponsors several initiatives to develop and support sexual and gender inclusivities and provide a safe gathering space for meetings, studying, and socializing.”

Vicki Gist is an assistant dean of students and director of UVA’s Multicultural Student Services, which oversees the LGBTQ Center. She wants students to seek out its services. “I would urge students to connect with the center as quickly as they are comfortable doing so, because you can get connected to a professional who can connect you to lots of resources for support,” she said. Gist said there is also a vibrant student community that includes volunteers and interns.

Indiyah Mabry, a rising second-year student from Woodbridge, was one of those volunteers last year and is about to become the student intern in charge of operations at the center. She said when she came to UVA last year and discovered the network, she felt as though she had found her people. Mabry is excited about the center’s move to a more visible place in Newcomb Hall. On her wish list? More so-called “lavender” housing, intentionally designed for members of the LGBTQ community.

Nimax, who graduated from UVA in 1987 with a degree in psychology and has been working at the University ever since, reflected on the progress with regard to LGBTQ support.

“When we first started having a center, it was a small room. I think initially there were students who purposely wanted it to be sort of tucked out of the way to maintain their privacy and for students who aren’t quite out to everyone yet,” he said. “So, it’s been interesting that students wanted it to be more visible. I think that’s a sort of a cultural change, which is positive.”

Now, there are traditions on days like Valentine's Day, when students gather to sing the Good Old Song on the steps of the Rotunda, as shown here.

He said the new ranking sends a positive message to students and the UVA community, but more work needs to be done.

“I think that it’s important that we not see this and think, ‘Okay, this box is checked and everything is great for our LGBTQ students, because they certainly still run into issues,” he said. “I think the one that’s difficult or impossible to measure is our culture and how welcome they actually feel, whether it’s from other faculty and staff or from other students.”

Nimax said more regular training for faculty and staff related to sexual orientation or gender issues is warranted. “I think continuing to explore options for housing and finding LGBTA-friendly roommates would also be good,” he said. “I think housing has really embraced this and been supportive.

“I’ve been here for 30 years,” he went on. “The changes around the LGBTQ community have been profound.

“But, it’s interesting when talking to students. That doesn’t really resonate with them to tell them that things are better than they were in 1989, because they weren’t born yet,” he laughed. “Students want to see improvements while they’re here. I think that’s what keeps people energized on these issues. They want to see progress while they are here.”

What Is the ‘4th Side’? END_OF_DOCUMENT_TOKEN_TO_BE_REPLACED