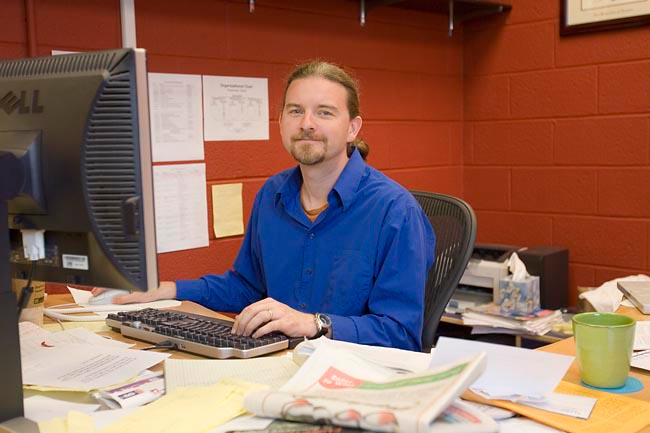 Dec. 19, 2006 -- A University of Virginia neuroscientist has found that women under stress who hold their husbands' hands show signs of immediate relief, which can clearly be seen on their brain scans.

"This is the first study of the neurological reactions to human touch in a threatening situation, and the first study to measure how the brain facilitates the health-enhancing properties of close social relationships," says Dr. James A. Coan, author of the study, which is published in the December 2006 issue of the journal Psychological Science.

Coan, an assistant professor in the U.Va. Neuroscience Graduate Program and the Department of Psychology, conducted a study involving several couples who rated themselves as highly satisfied with their marriages. Coan and colleagues designed a functional MRI (magnetic resonance imaging) study in which 16 married women were subjected to the threat of a very mild electric shock while they by turns held their husband's hand, the hand of a stranger (male) or no hand at all. The MRI was able to show how these women's brains responded to this handholding while in a threatening situation.

Coan is expanding his functional MRI studies in collaboration with the U.Va. Department of Radiology, to continue his exploration of the neuroscience of emotion and close social relationships.

Meet the New Cavalier on Horseback: She’s Eager To ‘Carry On a Legacy’ END_OF_DOCUMENT_TOKEN_TO_BE_REPLACED

Monkeypox Is Spreading, But University’s Risk Believed To Be Low END_OF_DOCUMENT_TOKEN_TO_BE_REPLACED

Virginia Football – For All Virginia END_OF_DOCUMENT_TOKEN_TO_BE_REPLACED