UVA Researchers Asking How Race and Ethnicity Figure in the Classroom 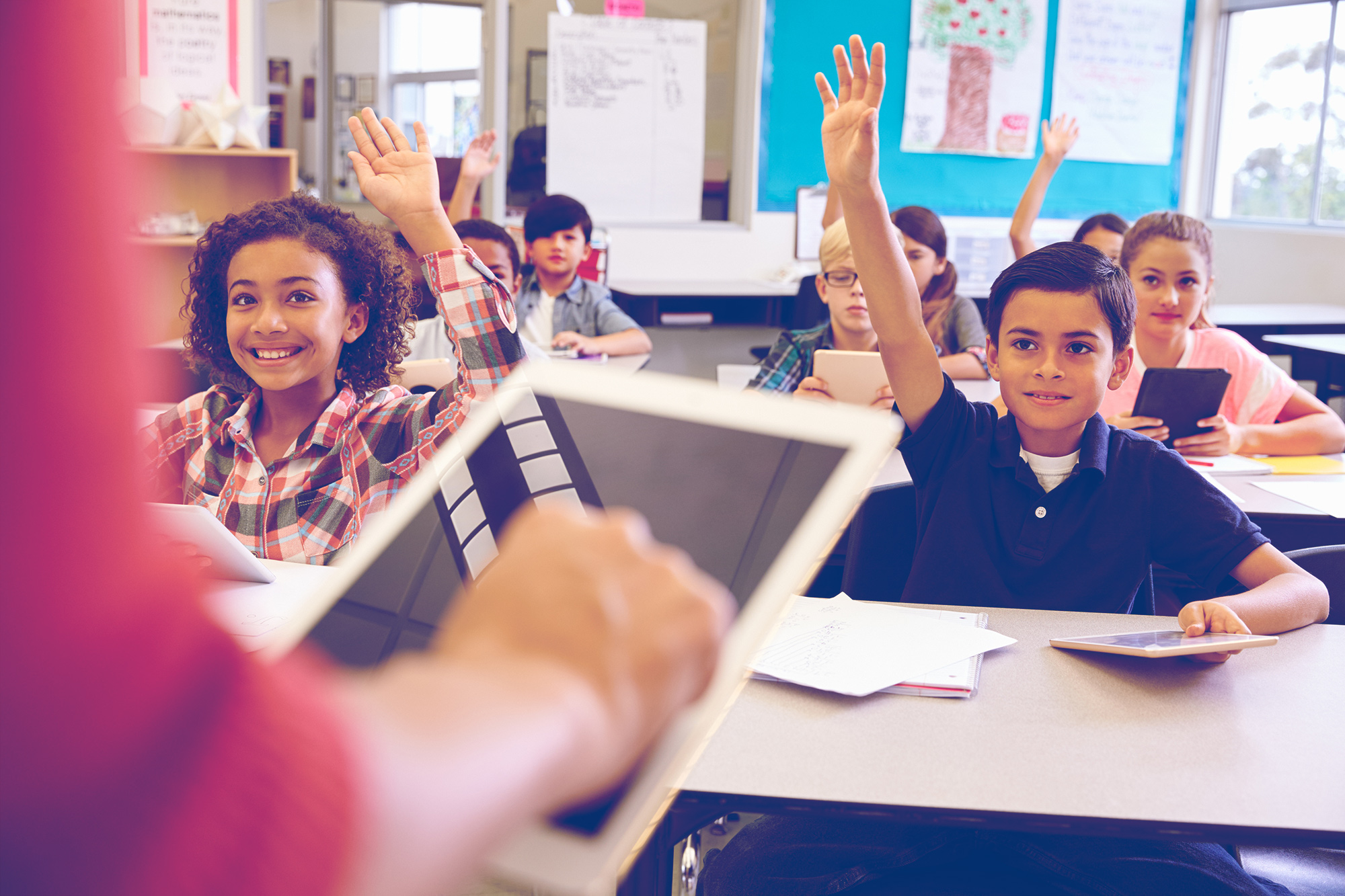 A classroom of wide-eyed fifth-graders huddled around their teacher’s desk to look at a print of John Trumbull’s “Declaration of Independence,” a well-known painting that depicts the document’s authors presenting a draft to Congress.

“Tell me what you see in this picture. What is unique or different about it?” the teacher asked.

And saying nothing else, she moved on.

University of Virginia education experts say moments like this, even if uncomfortable, are often missed learning opportunities.

The particular school in which this scene unfolded participates in the Double Check program, a professional development program for teachers created to both increase student engagement and reduce disciplinary actions and special education referrals, which disproportionately affect students of color. Led by Catherine Bradshaw, professor of education and assistant dean for research and faculty development at UVA’s Curry School of Education, the goal of the program is to provide school-wide training and individualized coaching to teachers, with the ultimate aim to integrate culturally responsive practices into classrooms. 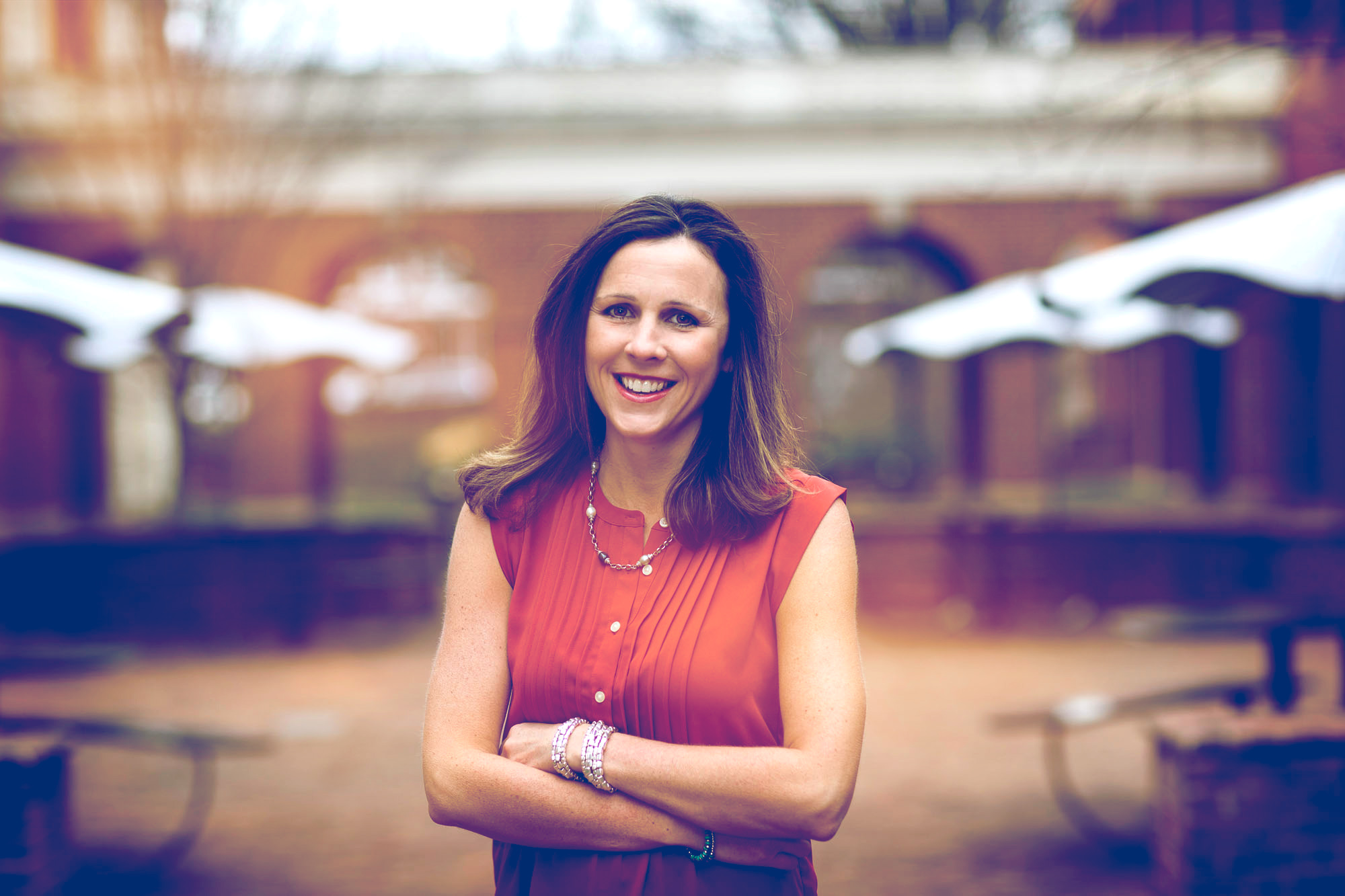 Double Check coaches use a checklist of instructional elements to guide feedback to teachers on topics such as how a lesson addresses issues of diversity and cultural inclusiveness. Yet when principals observe classrooms like the one in the scene described above, many write “N/A” next to those checklist items.

“Quite often, the principals say they write ‘not applicable’ on their observations because the lesson wasn’t relevant to culture. They think since it didn’t take place during Black History Month or when they were studying Martin Luther King Jr. or the Civil War, that it can’t be culturally relevant,” Bradshaw said. “Our goal is to widen their lens and remind them that inclusiveness as it relates to race, culture and ethnicity is not just a special-occasion topic. It should be infused into all aspects of the curriculum.”

Why Race and Ethnicity Are Meaningful

Racial categories are a social concept – not biological – and they have complex ties to individuals’ day-to-day lived experiences. Many Curry researchers see the examination of these classifications in their research as critical.

“We are pushing researchers to establish more complex methodologies,” said Joanna Lee Williams, an associate professor affiliated with Curry’s Youth-Nex research center, which promotes youth development. “Paying more attention to the myriad ways in which race and ethnicity function for youth development, rather than ignoring these issues or treating them as surface-level categories, can promote healthy development among all youth.”

From her perspective, considering race and ethnicity as variables in research on young adults can result in more effective developmental models. As Williams and Nancy Deutsch, an associate professor in the Curry School, noted in a recent paper, the role of race and ethnicity in research on youth development programs has not received enough attention. This void is particularly troubling, they said, because racial categories, which they say were developed to maintain the power of the dominant group, have historically been correlated to a child’s access to resources, the likelihood that the child will experience institutional discrimination and the way that child defines and experiences positive development. The experts say the processes underlying these correlations often go unexplored, despite their importance for understanding youth development.

Additional approaches will help balance generalizations with the unique experiences students have in everyday scenarios.

“For practitioners, on the other hand, the focus is on how programs are being designed to meet the needs of children,” Williams said, adding that they want to help educators identify how “curricula can honor and respect rich socio-cultural backgrounds and ensure equitable access for all.”

Other Curry researchers – who were studying another question entirely – have found that the consideration of race and ethnicity in empirical research may uncover factors that produce more positive outcomes for students of color.

Jason Downer, associate professor of education and director of Curry’s Center for Advanced Study of Teaching and Learning, and CASTL’s founder and Curry School Dean Robert Pianta observed positive outcomes in cases where students and teachers are of similar racial or ethnic backgrounds. Downer and Pianta believe this observation could lead directly to improvements in the quality of pre-kindergarten education nationwide.

“Preschools are the most diverse places in America and offer us an opportunity to examine some of the factors that may contribute to effective education for a wide range of children in the U.S.,” Pianta concluded.

As Williams pointed out, through its research and expertise, the Curry School “is pushing back on the status quo, challenging dominant norms and assumptions,” and striving to improve outcomes for all students.

Closing the Discipline and Achievement Gaps

Teachers’ referrals of students to be disciplined for misconduct contribute substantially to negative trajectories for those students. Students who receive a suspension lose instructional time, fall behind on coursework, become discouraged, and may ultimately drop out. Recent research shows each suspension decreases a student’s odds of graduating from high school by an additional 20 percent. Furthermore, compared to their peers, suspended youth have a higher likelihood of subsequent interactions with the criminal justice system.

A team of CASTL researchers aiming to improve the motivating and engaging quality of instruction also collected data on discipline referrals made by teachers in their study. They worked with teachers using a suite of virtual coaching resources called MyTeachingPartner, or MTP, which was developed at CASTL and has been tested with thousands of teachers in a variety of school settings.

A randomized, controlled trial provided one set of teachers (the “intervention” group) with one or two years of MTP coaching, which included different approaches to instruction and teacher-student relationship-building techniques.

After receiving only a year of coaching, teachers in the intervention group showed no significant disparities in discipline referrals between African-American students and their classmates. Furthermore, the effects of the coaching were sustained and maintained even after the coaching was withdrawn.

Curry researchers are reducing the racial discipline gap where threats of violence are involved through the use of threat assessment teams. “A threat assessment team is a multi-disciplinary team of school staff available to help students involved in a crisis or conflict that includes a threat of violence,” explained Dewey Cornell, professor and director of Curry’s Virginia Youth Violence Project. The team usually includes administrators, counselors, psychologists, social workers, school resource officers and other staff who work toward the goal of helping students solve conflicts or concerns before they escalate into violence.

In comparing white, black and Hispanic students who received threat assessments across Virginia’s public schools during the 2014-15 school year, Cornell’s research team found no racial disparities in disciplinary outcomes, such as suspension, expulsion, school transfer, arrest by law enforcement or incarceration in juvenile detention. One goal of the assessment teams is to respond appropriately to students who are making threats, as opposed to using so-called “zero-tolerance” policies, which typically result in a student’s removal from school.

Curry researchers have considered the achievement gap when studying teacher archetypes – in particular, one referred to as the “warm demander.” Warm demanders nurture and care for their students without lowering academic expectations or standards. The data gathered by observing more than 600 teachers across the United States revealed that teachers’ high expectations, an aspect of demand, were especially important for African-American students’ academic growth. Specifically, lead researcher Lia Sandilos said, teachers who created challenging classrooms with high expectations showed higher achievement gains among their African-American students than teachers who did not. Sandilos cautioned, however, that being warm and caring is a necessary, but not sufficient factor to boost achievement.

While more work remains, increased disciplinary and achievement equity in the classroom seem to be within reach. To this end, Curry researchers are identifying mechanisms to close the discipline and achievement gaps.

Taking the issue a step further, UVA education professor Daniel Duke noted in a recent review of studies addressing the achievement gap that focusing only on the gaps across racial categories leaves some potentially important questions unanswered. He argued that analyses should include achievement variation within African-American student groups, rather than only across racial groups.

He raised a number of questions that racial group comparisons have not been able to answer. For example, why do some districts register higher levels of African-American achievement than other districts? Why do some states boast higher levels of black student achievement than other states? Why do black girls tend to do better in school than black boys?

“Addressing these questions can provide insights that hold promise for reducing both within-race and between-race gaps,” Duke said.

The point of framing achievement problems in terms of comparisons within race and ethnicity, he concluded, is to prevent potentially misleading generalizations from being perpetuated.

“When the full range of achievement for racial and ethnic groups is not recognized, the result can reinforce inaccurate stereotypes and encourage overly simplistic explanations for student achievement,” he said.

Not a Color-Blind Society

“For a while there was a mantra about having a ‘color-blind society,’” Bradshaw noted. However, she now believes educators must strive for a better balance in the classroom regarding discussions of race and diversity.

She and her Curry colleagues are trying to drive the conversation beyond a culture-neutral, race-blind approach. “We want to acknowledge differences and highlight strengths. Some are based on culture, some on race, and some are at the intersection of the two,” Bradshaw said. When education researchers consider race and ethnicity in their interventions and data analysis, they are seeing some ways forward to positive results.

“Curry is very much at the forefront of issues around equity and inclusion,” Bradshaw said. “This is a challenging issue, and we might not have all the answers today. However, particularly given our current political climate, this topic is becoming more important than ever.”

A Year We Will Never Forget: 2019-20 in Review END_OF_DOCUMENT_TOKEN_TO_BE_REPLACED

‘What Will You Carry With You?’ Remarks From UVA President Jim Ryan END_OF_DOCUMENT_TOKEN_TO_BE_REPLACED