University of Virginia students have revived a longstanding, but recently discontinued, tradition: the Corks & Curls yearbook.

For those raised strictly in the digital age, yearbooks capture memories, in words and photographs, between hard covers.

First started in 1888 by representatives of each of 14 fraternities then on Grounds, Corks & Curls continued until 2008, when it fell victim to rising costs, dropping sales and an apparent declining interest, thanks to the digital age.

But last year, student editors Carly Buckholz and Michael Buhl, and a staff of 17, stepped up and published a 2014-15 edition of Corks & Curls, which is being delivered to pre-purchasers this fall. By delaying delivery, yearbook editors were able to include graduation and late-season sports information in the tome.

“It’s like a coffee-table book with a feel of what the past year was like,” Buhl said. “We talked to students and put their stories in the book.”

The book is broken into “Autumn,” “Winter” and “Spring” sections, with stories about the Rotunda renovation, a cappella singing groups and days in the lives of engineering students and Cavalier Daily editors. There is a memoriam for Hannah Graham, a student slain in fall of 2014; a remembrance of the Take Back the Night event; and coverage of a student rally. There are statements from organizations such as the 7 Society and the 13 Society and athletic team recaps.

“This yearbook looks very different than past recent editions,” said Tom Faulders, president of the UVA Alumni Association. “If you look back over the book through the years, it consistently changed. Students were always experimenting with the format to meet the desires of their contemporaries.”

One thing that has not changed has been the name, which is also a UVA tradition.

Faulders said Corks & Curls alumni raised $20,000 for seed money for the operation and came up with another $5,000 in equipment, but he credits the students with having the idea, the drive and the enthusiasm to carry it through.

“They did this on their own,” Faulders said. “I think this is another classic example of successful student self-governance.”

Buhl, a systems engineering and economics double major from Belvedere, California, was already active in University life when he took on this challenge.

“I was on the Second-Year Council and some members of the alumni were talking about the yearbook,” Buhl said. “I had worked on the yearbook in high school and I thought this is a UVA tradition, and we wanted it back.”

Buhl also was inspired by his mother, Lilian Shackelford Murray, a 1980 McIntire School of Commerce graduate who still has her yearbook and revisits it with her son.

“I went home and looked at her book to get some ideas,” Buhl said.

Buhl said editing the yearbook gave him a better appreciation for tradition. “When you experience it firsthand, it means a lot,” he said. “There are a lot of cool people here and I loved getting to hear their stories.”

Buhl – now a fourth-year student – has stayed on the yearbook staff, working on marketing the book. He said it was hard to sell last year, because there had been a break in the tradition and students were not familiar with the yearbook. This year’s edition should be easier to market, he said, because he has an edition he can show his prospective customers.

Fourth-year student Marnie Kremer, the current editor in charge of a roughly 30-member staff, stresses the permanence of the book in her sales pitches. 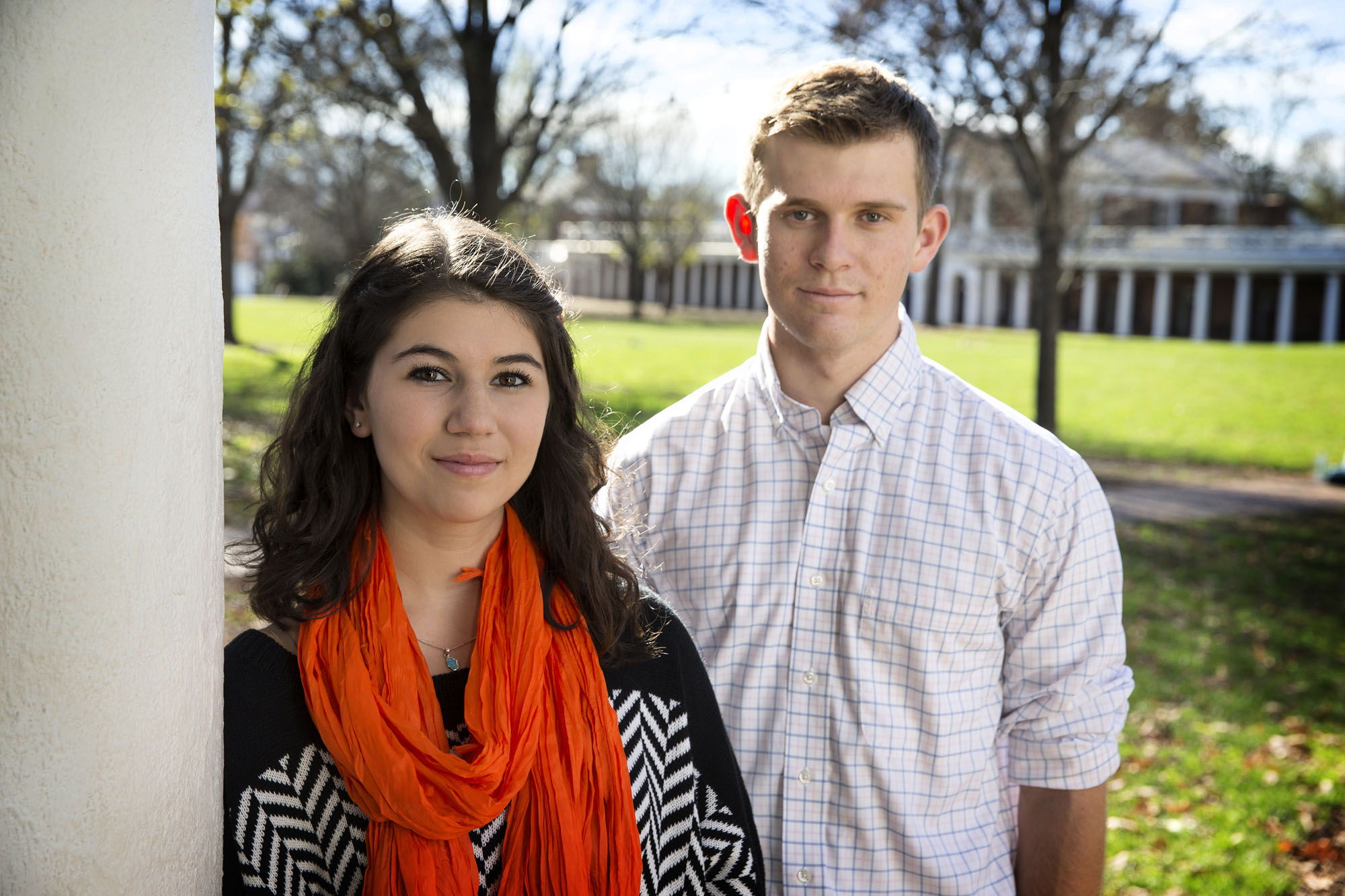 “This is a history book,” she said. “Thirty years from now, it will be same. Things can disappear on the Internet. This is something tangible.”

The Internet was often blamed for Corks & Curls’ 2008 demise. The current generation, observers suggested, had moved more online and away from books as artifacts.

“The students said, ‘We don’t need the yearbook because we have Facebook,’” Faulders said. “But the students have discovered that while they still have Facebook, it doesn’t provide them with a lasting memory. Corks & Curls captures a year in time and it provides a very different experience.”

The 2014-15 book includes 110 fourth-year student portraits in a separate section, and Kremer said she wants more for the next edition. “We want as many students as possible in the book,” she said.

She said the design and photography is modern, with features-driven content that carries something for everyone and contains many student submissions.

Kremer is aiming to sell around 750 copies of this year’s book at $80 apiece (or $85 with purchasers’ names engraved on the cover).

Faulders estimated 1,500 to 2,000 copies would be strong sales of a yearbook for an undergraduate graduating class of some 3,800. 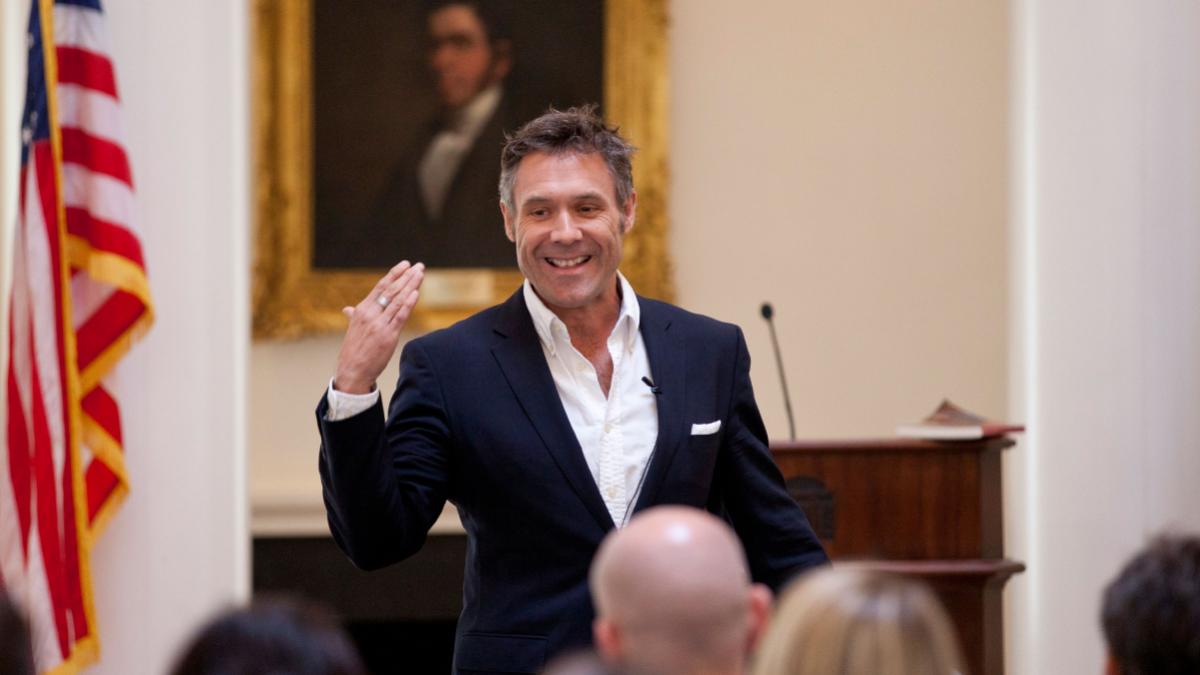 University News
The History of Final Exercises
May 14, 2008 — Thomas Jefferson's original plan for the University of Virginia did not provide for a commencement ceremony, or even degrees and diplomas — though early students petitioned the Board of Visitors for diplomas, at least in part to improve their opportunities for employment. The board took no action until 15 months after Jefferson's death, directing in October 1827 that plans for the first "Public Day" be made.