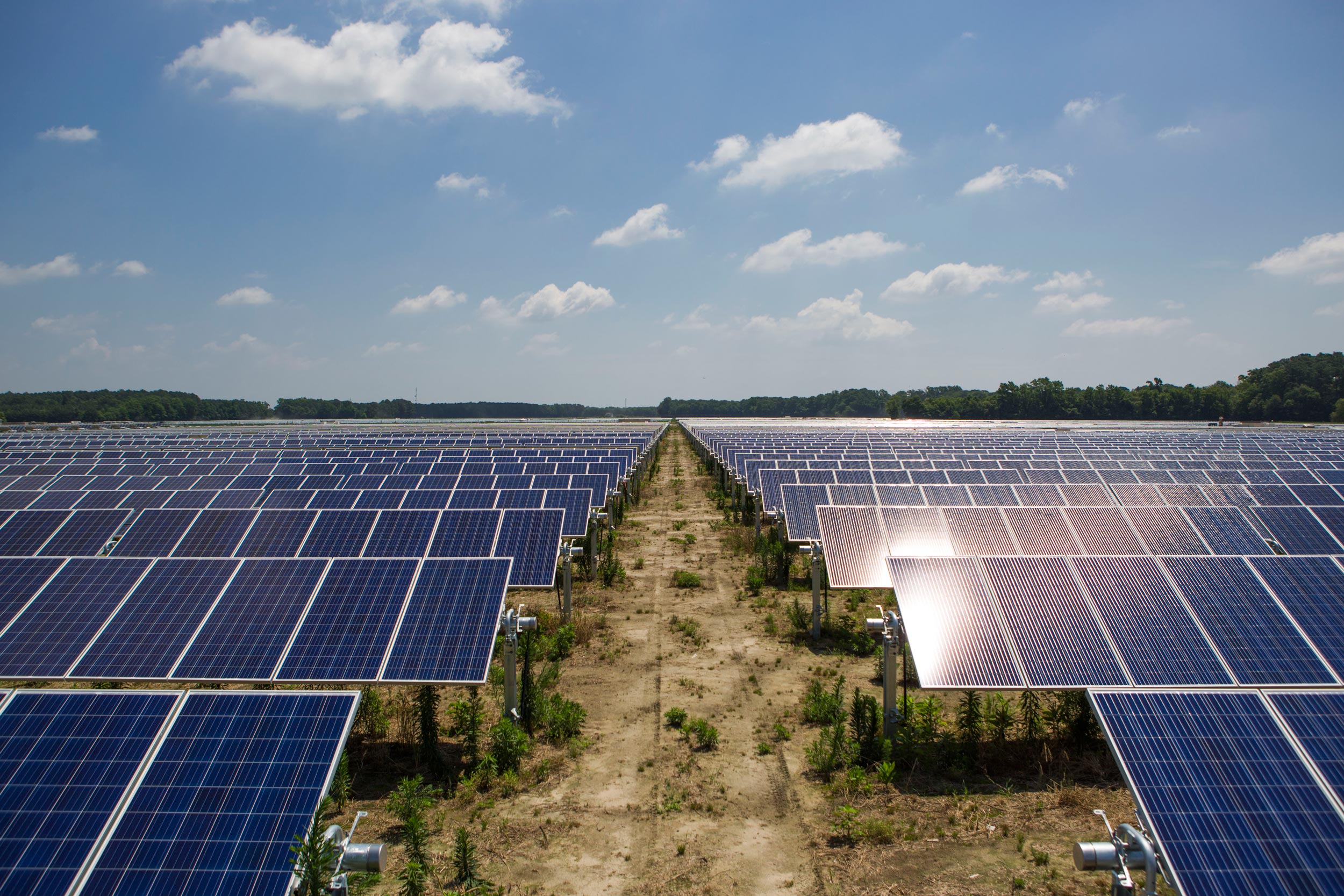 The University of Virginia is No. 1 in the Atlantic Coast Conference for its use of green energy, according to the U.S. Environmental Protection Agency.

Since April 2006, the EPA’s Green Power Partnership has tracked collegiate athletic conferences with the highest combined green power use. The Individual Conference Champion Award, which UVA recently received, recognizes the school in each qualifying conference that uses the largest amount of green power.

The University has taken a variety of solar steps, including signing long-term contracts with Dominion Energy to purchase the output of two solar farms:  Hollyfield, a 160-acre solar facility in King William County that generates roughly 17 megawatts; and the UVA Puller Solar Facility, a 120-acre solar facility in Middlesex County that produces 15 megawatts of electricity.

UVA has also leased several of its rooftops to carry solar panels and installed a solar array atop Clemons Library, which produces about 165,551 kilowatt hours of electricity per year, supplying about 15 percent of the library’s annual electric draw.

Part of the University’s energy reduction comes from the work of Delta Force, a team of engineers, technicians and specialists who take a building-by-building approach to conserving resources such as energy and water. The U.S. Green Building Council recognized Delta Force’s work on Clark Hall, which houses the Department of Environmental Sciences and the Charles L. Brown Science & Engineering Library, with its “LEED V4 Existing Buildings, Operations + Maintenance Silver” certification, the first such project recognized in Virginia.

“Because of Delta Force, there is about 67% energy cost savings at Clark Hall, reducing the annual energy expense from around $1.2 million to about $450,000, and preventing the emission of more than 2,250 metric tons of carbon dioxide equivalent per year,” said Jesse Warren, sustainability program manager for buildings and operations in UVA’s Office for Sustainability.

Delta Force has also helped reduce the University’s water consumption by 15% since 2010.

“Sustainability at UVA seeks to lead by example and to create replicable models that accelerate climate action beyond Grounds, particularly learning from, and sharing information with, other higher education institutions,” Trimble said. “It is exciting to be recognized by the EPA for the largest green power use among Atlantic Coast Conference schools. We hope to continue making strides toward increasing our percentage of renewable energy, while also increasing awareness about renewable energy through educational resources, events and campaigns.”

What Is the ‘4th Side’? END_OF_DOCUMENT_TOKEN_TO_BE_REPLACED