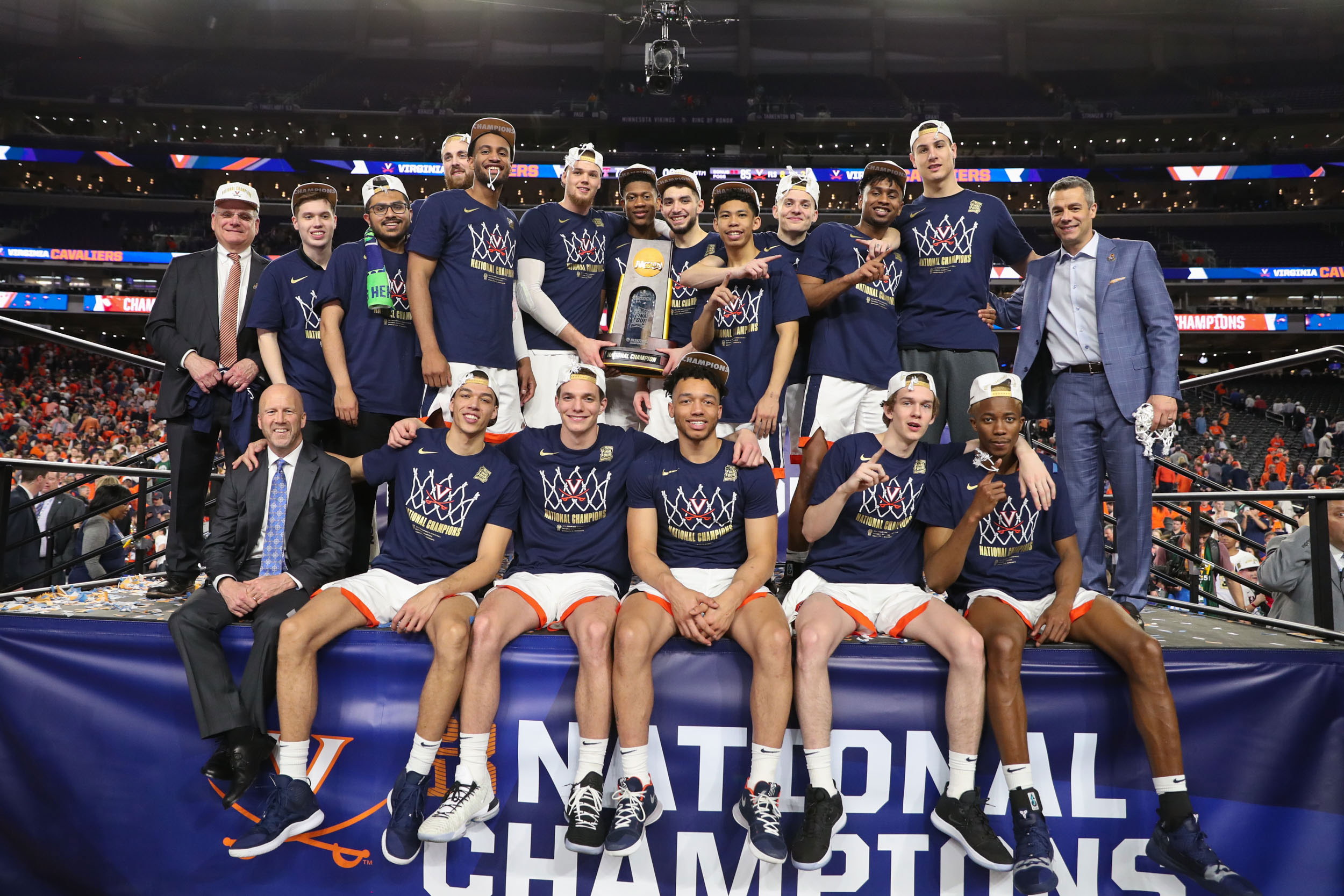 NCAA championships in basketball, above, and lacrosse boosted UVA to its second Capital One Cup for men’s sports in five years. (Photo by Matt Riley, UVA Athletics)

A pair of NCAA championships and a top-five ranking in tennis led the University of Virginia to its second Capital One Cup all-sports competition championship for men’s sports during the 2018-19 academic year.

The Capital One Cup competition is based on a system that grants points to top-10 finishes in NCAA Division I championships and in final official coaches’ polls. A separate champion is awarded for men’s sports and women’s sports.

The UVA men finished the year with 127 points, earning 60 points for each of its final No. 1 rankings in men’s basketball and lacrosse, six points for its final No. 5 ranking in men’s tennis and one point for its 10th-place finish in swimming and diving.

“We are proud to win the Capital One Cup trophy for the second time in five years,” UVA Athletics Director Carla Williams said. “This honor is representative of the hard work of our student-athletes, coaches, staff, donors and fans, and is a proud moment for our university.

“We had a fantastic athletics season, highlighted by a pair of NCAA championships. We look forward to ensuring our sports programs are a source of great pride for the University, the community and the commonwealth as we embark on our master plan.

“On behalf of the University of Virginia, we would like to thank Capital One for its enduring commitment to college athletics.”

In recognition of this achievement, Capital One will present UVA with a trophy and a check for $200,000 for student-athlete scholarships on Wednesday at the ESPY Awards in Los Angeles.

Comedian, actor and television personality Tracy Morgan will host the ESPYs at the Microsoft Theatre, where he will be joined by top athletes and entertainers to celebrate the year’s best and most unforgettable moments in sports. The ESPYs will be televised live at 8 p.m. ET on ABC. The ESPYs support ESPN’s commitment to The V Foundation for Cancer Research, launched by the all-sport network with the late Jim Valvano in 1993.

A school-record three NCAA championships helped Virginia claim the Capital One Cup for men’s sports in 2014-15.