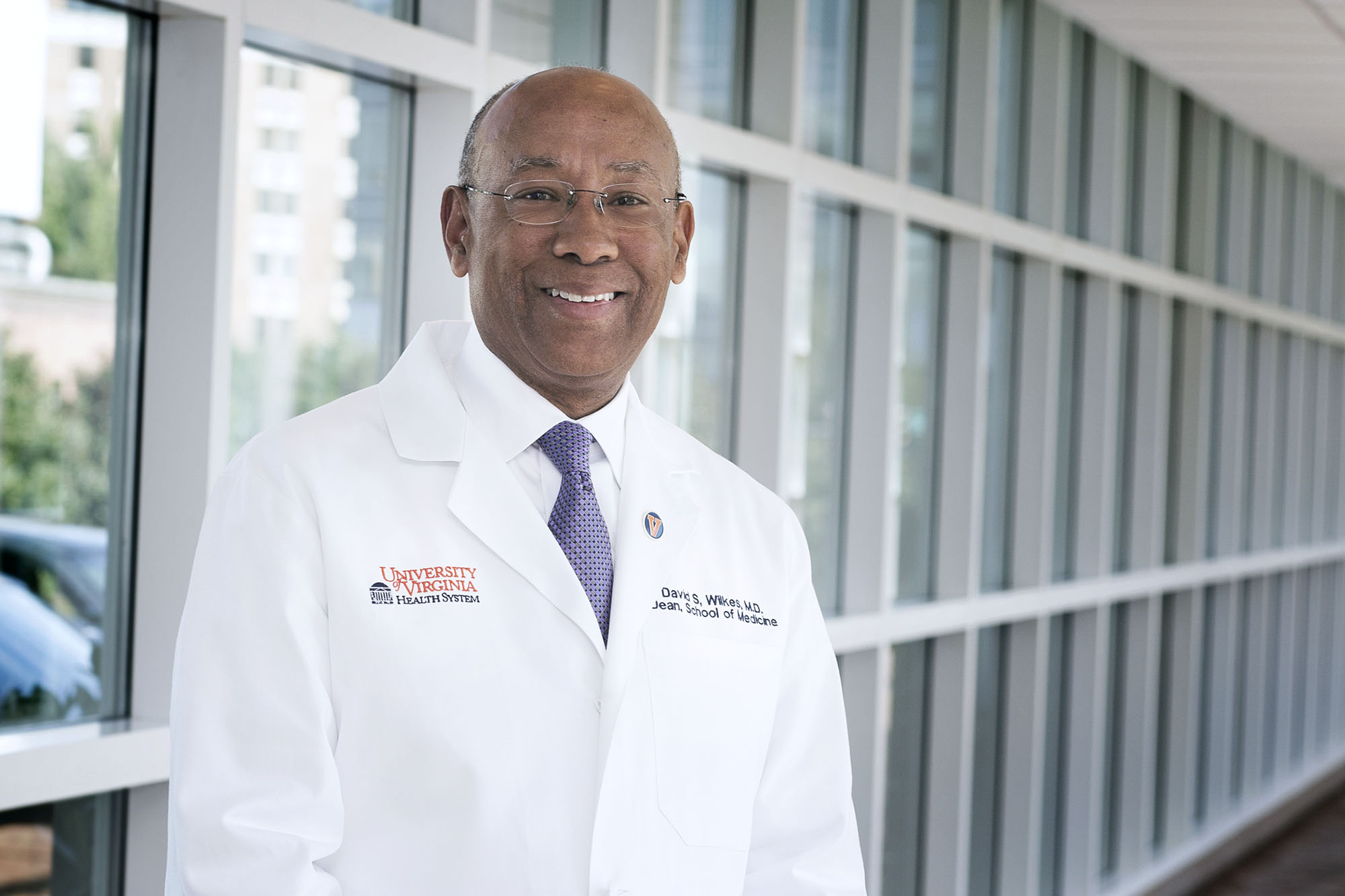 Dr. David S. Wilkes, dean of the University of Virginia School of Medicine, has been elected to the National Academy of Medicine, one of the highest honors in the fields of health and medicine.

Wilkes was among 100 new members elected this week to the National Academy, which has more than 2,000 members chosen by current members for their contributions to the advancement of the medical sciences, health care and public health.

“I am honored to be joining the National Academy of Medicine,” Wilkes said. “I am so appreciative of this recognition from national leaders in health care and scientific research.”

A Leader in Research and Diversifying Medicine

Wilkes has served as dean and James Carroll Flippin Professor of Medical Sciences at the UVA School of Medicine since September 2015. Under his leadership, the School of Medicine has steadily increased its research funding, earning a UVA-record $146.3 million in funding from the National Institutes of Health in fiscal year 2019.

Along with helping to bolster UVA’s research enterprise, Wilkes has made significant contributions of his own to the field of biomedical research. He is a co-author of more than 100 research papers, holds six U.S. patents and co-founded ImmuneWorks Inc., which researched and developed treatments for immune-mediated lung diseases, including idiopathic pulmonary fibrosis and lung transplant rejection.

He has also worked to diversify the ranks of health care faculty members, serving since 2013 as national director of the Harold Amos Medical Faculty Development Program for the Robert Wood Johnson Foundation. The program seeks to increase the number of medical, dental and nursing faculty from historically disadvantaged backgrounds.

“David has had a tremendous career as a researcher, a leader in academic medicine and as an educator and mentor to countless physician scientists,” said Dr. K. Craig Kent, UVA’s executive vice president for health affairs. “He is truly deserving of this honor.”

Wilkes received a Bachelor of Science degree from Villanova University and his medical degree from Temple University. He then completed his residency at Temple University Hospital, followed by a pulmonary and critical care fellowship at the University of Texas Southwestern Medical Center. He is also a military veteran, having served three years as a major in the U.S. Air Force Medical Corps.

Ahead of Thanksgiving, Hoos Look Back With Gratitude END_OF_DOCUMENT_TOKEN_TO_BE_REPLACED

The Cavalier Marching Band Marches On – Even When Apart END_OF_DOCUMENT_TOKEN_TO_BE_REPLACED