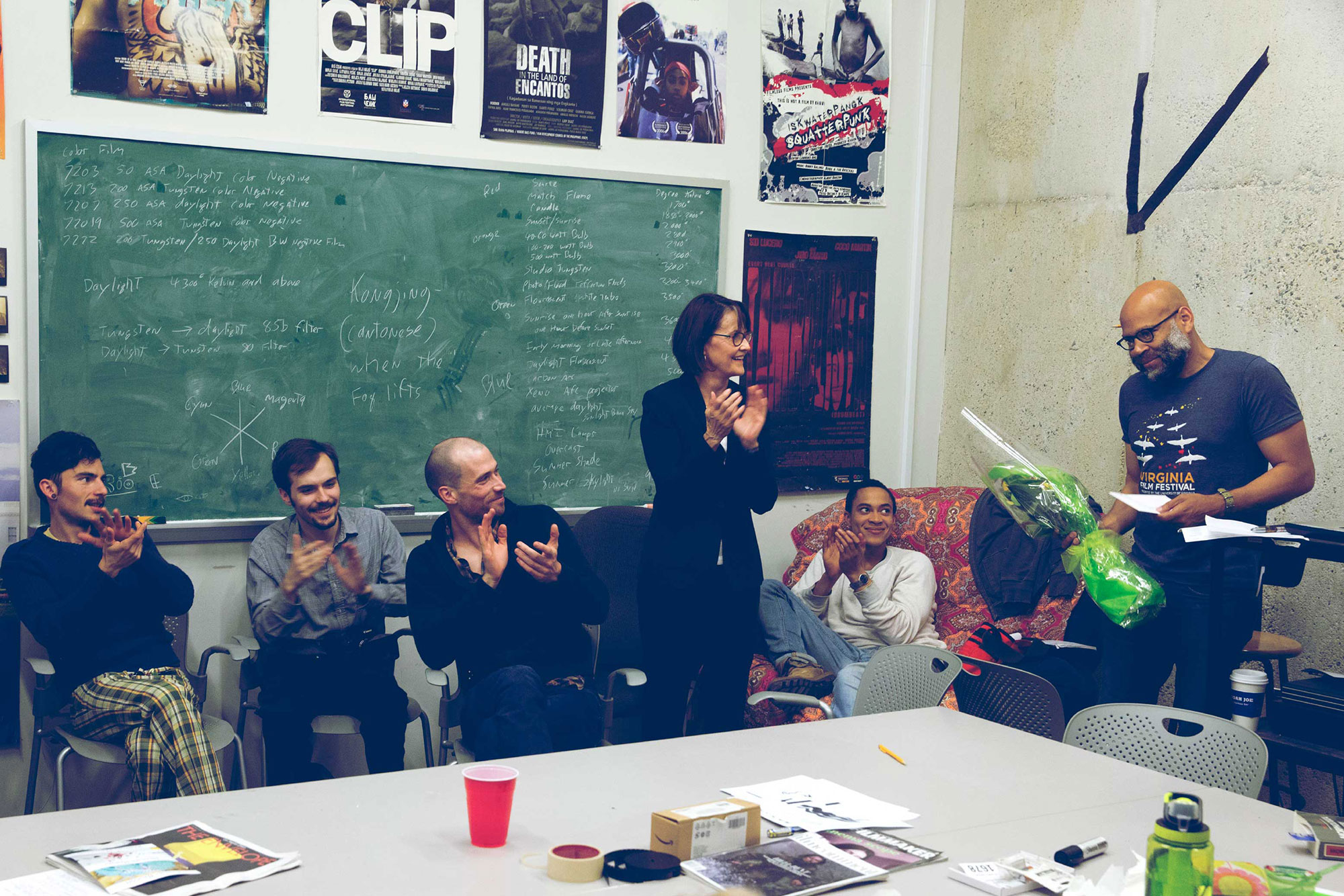 Art professor Kevin Everson was interrupted in his advanced film class recently when colleagues and members of the provost’s office visited to present him with the Cavaliers’ Distinguished Teaching Professorship award. (Photo by Dan Addison)

This year’s award-winning teachers at the University of Virginia show the enormous impact a passionate teacher can have on students’ lives.

Scores of students, faculty peers department chairs and deans contributed glowing testimonials about 13 professors, plus a medical resident and five graduate teaching assistants, who were chosen for a range of teaching awards sponsored by the Office of the Executive Vice President and Provost. The teachers were to be honored at a banquet Wednesday.

Considered role models, the outstanding teachers not only share important life lessons, they impart wisdom. They don’t just convey artistic or scientific techniques, they inspire their students to be better people, incorporating ethics into the course material. Well-organized and willing to collaborate, they introduce new ways of thinking that make the difficult seem easy, whether it’s Chinese history or organic chemistry. In the classroom, their energy, curiosity and work ethic go hand-in-hand with high expectations for their students.

The faculty members also show a commitment to mentoring students: They help talented or troubled individuals alike find their own voices or paths, and they show concern for students’ well-being outside of class as well. Their advice helps students make decisions about careers and lifestyles; many former students go on to make their own contributions in academia and other fields. 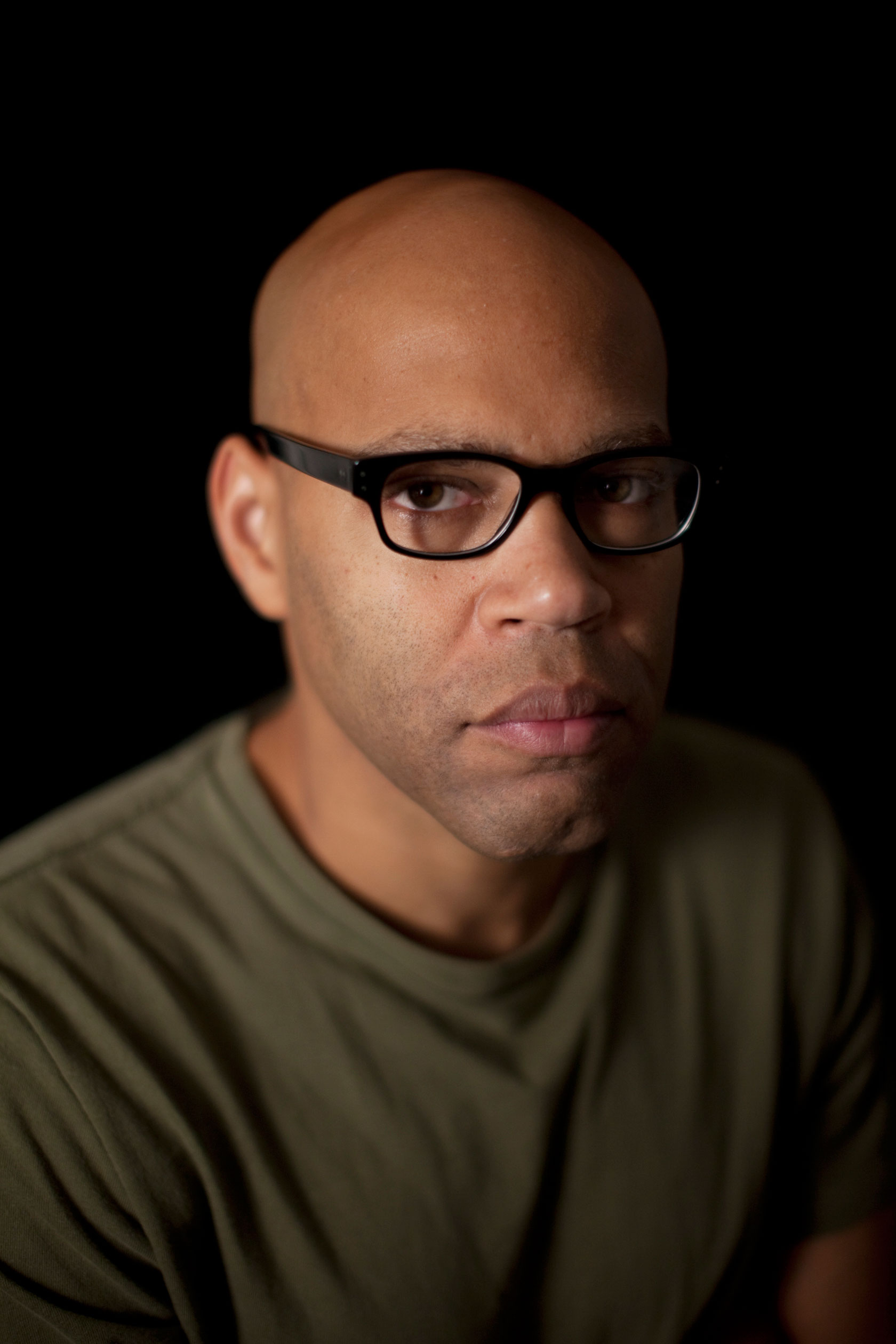 Everson is known for asking his students to jump right into the filmmaking process from the beginning, and he gives them plenty of opportunity to work on film projects, including his own. He teaches the craft of filmmaking as an art.

“In most film schools, students wait two years before they’re allowed to make a film,” wrote one of Everson’s colleagues in nominating him for a teaching award. “Kevin hands his beginner class a camera the first week and says, ‘Go make a film together. Oh, and here’s a long list of things you must include: original music, dragging heavy objects, ailments, eyeliner, fish, etc.’”

Everson said his method comes from “a studio art mentality, a shared space for working on projects.” He’s found the students learn from each other. “The only way they are going to learn is if they work together and see the results,” he said. “It also builds community.”

Flattered to receive the Cavaliers’ Distinguished Teaching Professorship – the most prestigious teaching award the University offers – he said, “It’s fantastic. There are a lot more talented teachers out there than me.”

The award, established in 1991 and endowed by UVA football bowl game proceeds, recognizes an eminent scholar for outstanding and enduring excellence in the teaching of undergraduates with a two-year professorship.

Everson, the first African-American faculty member to receive the award, has “mythic status in the film world,” one nominator wrote, yet he’s humble about accomplishments that include eight feature-length films and more than 120 short films that have won awards and been exhibited in places such as the Museum of Modern Art in New York City and the Centre Pompidou in Paris, and at major film festivals in Colorado, Berlin and Toronto. 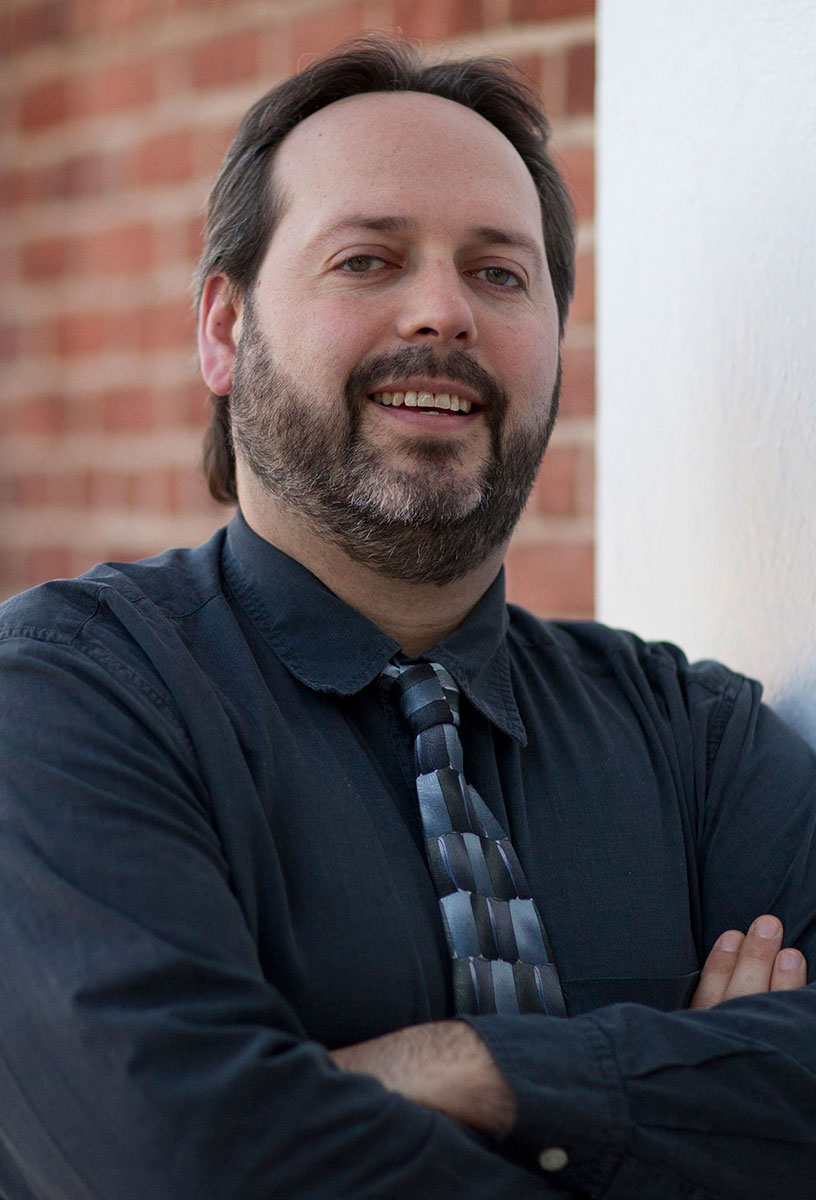 A kinesiologist, Hertel directs UVA’s graduate programs in athletic training and sports medicine and co-directs the Exercise and Sport Injury Lab. Highly regarded for his research in sports medicine, specializing in ankle injuries, he brings together athletic training, kinesiology, orthopedic surgery and rehabilitative medicine in his teaching. Recognized by National Athletic Trainers Association, he provides a positive environment for learning and challenges students to learn and achieve to the best of their abilities, his nominators wrote.

The Virginia Athletic Trainers’ Association presented Hertel with its inaugural Educator of the Year Award in 2011, recognizing him as an invaluable member of the athletic training community.

Along with publishing his research in professional journals, Hertel has given expert advice to popular publications including the Wall Street Journal and O Magazine.

Alumni Board of Trustees Teaching Award 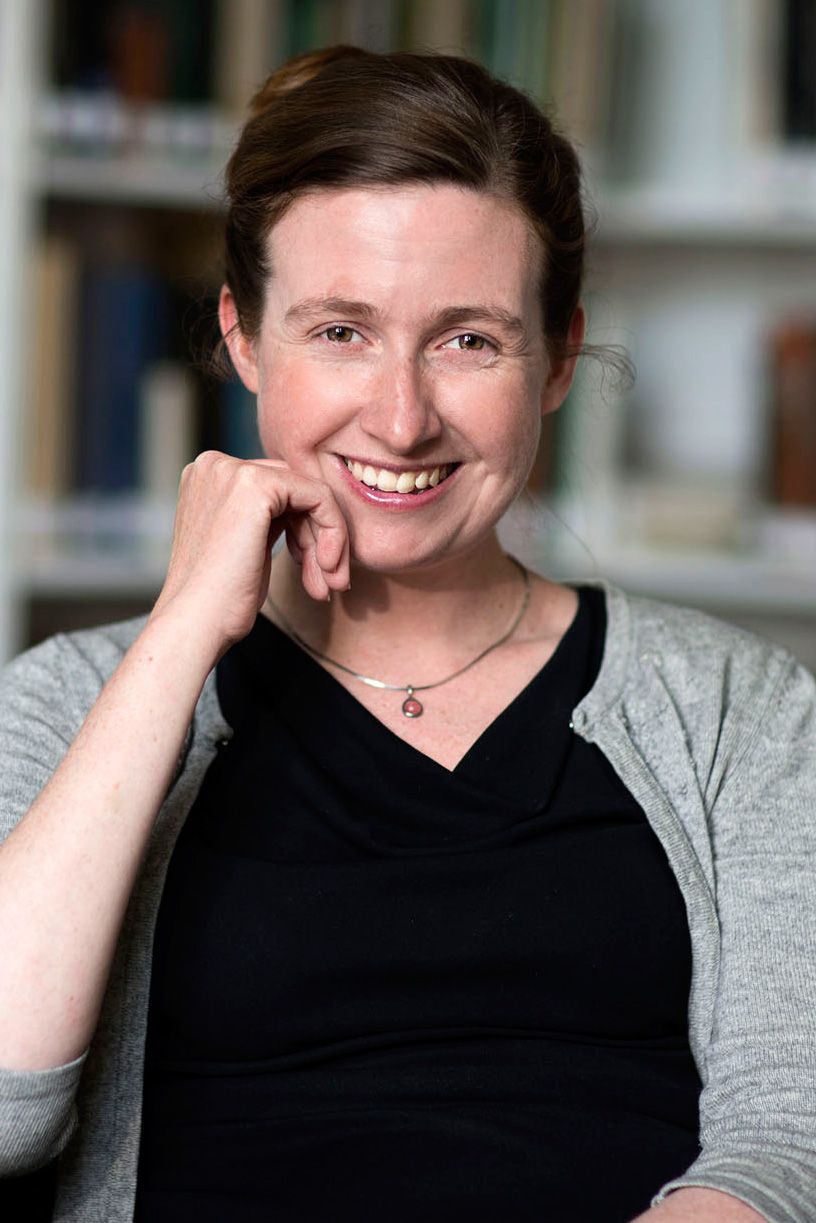 Though Scherz hasn’t been on Grounds very long, she has already garnered glowing course evaluations for her teaching, including large lecture courses in medical anthropology. That topic attracts students from medicine and nursing, sociology and psychology, global studies and public policy, as well as anthropology.

Her nominators say, “she creates a classroom atmosphere where students of varied backgrounds feel welcome and empowered to voice their views while maintaining respect for those of others.”

Scherz has said she is interested in teaching students in a range of disciplines to consider problems and policies from the viewpoints of all parties involved – a hallmark of the anthropology profession.

One colleague added, “In her gentle, yet fearless way, China equips students to address complex issues of global inequality, with compassion, care and confidence.” 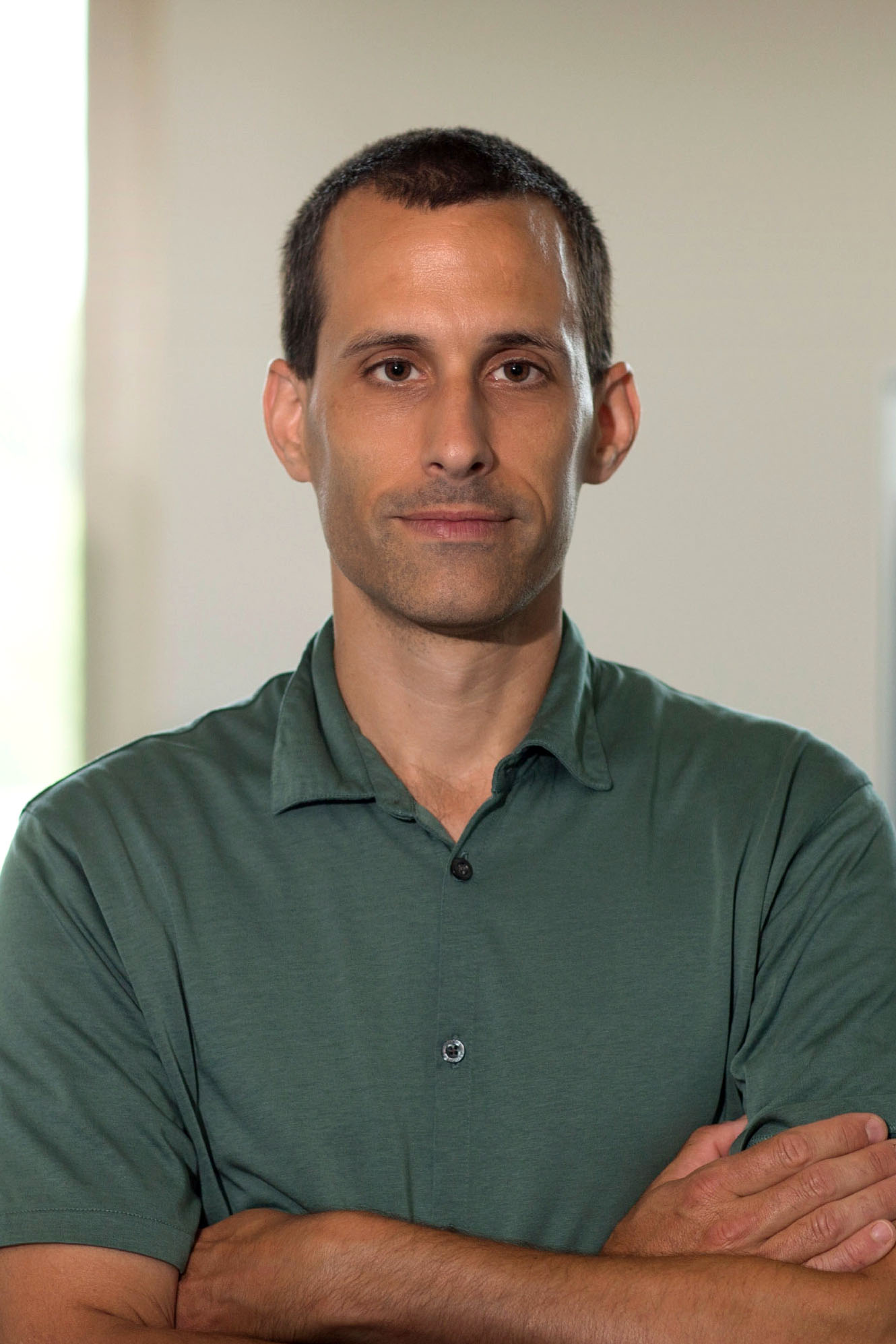 Bloomfield consistently incorporates fun into the difficult material of his courses, whether in one of his large lecture classes or seminars, his nominators wrote.

As one Engineering School colleague described it, “Aaron balances approachability with rigor: electives he has redesigned are regarded as some of our most difficult classes, but also some of our most popular.”

Bloomfield also created a service-learning practicum as part of students’ capstone project, in which he finds local nonprofits with computing needs and assigns student teams to work with them.

As a coach for the International Collegiate Programming Competition, Bloomfield won coach of the year and many of his student teams have earned a place among the top 120 at the world finals. He also advises a UVA student club that hosts an annual programming contest for high school students. 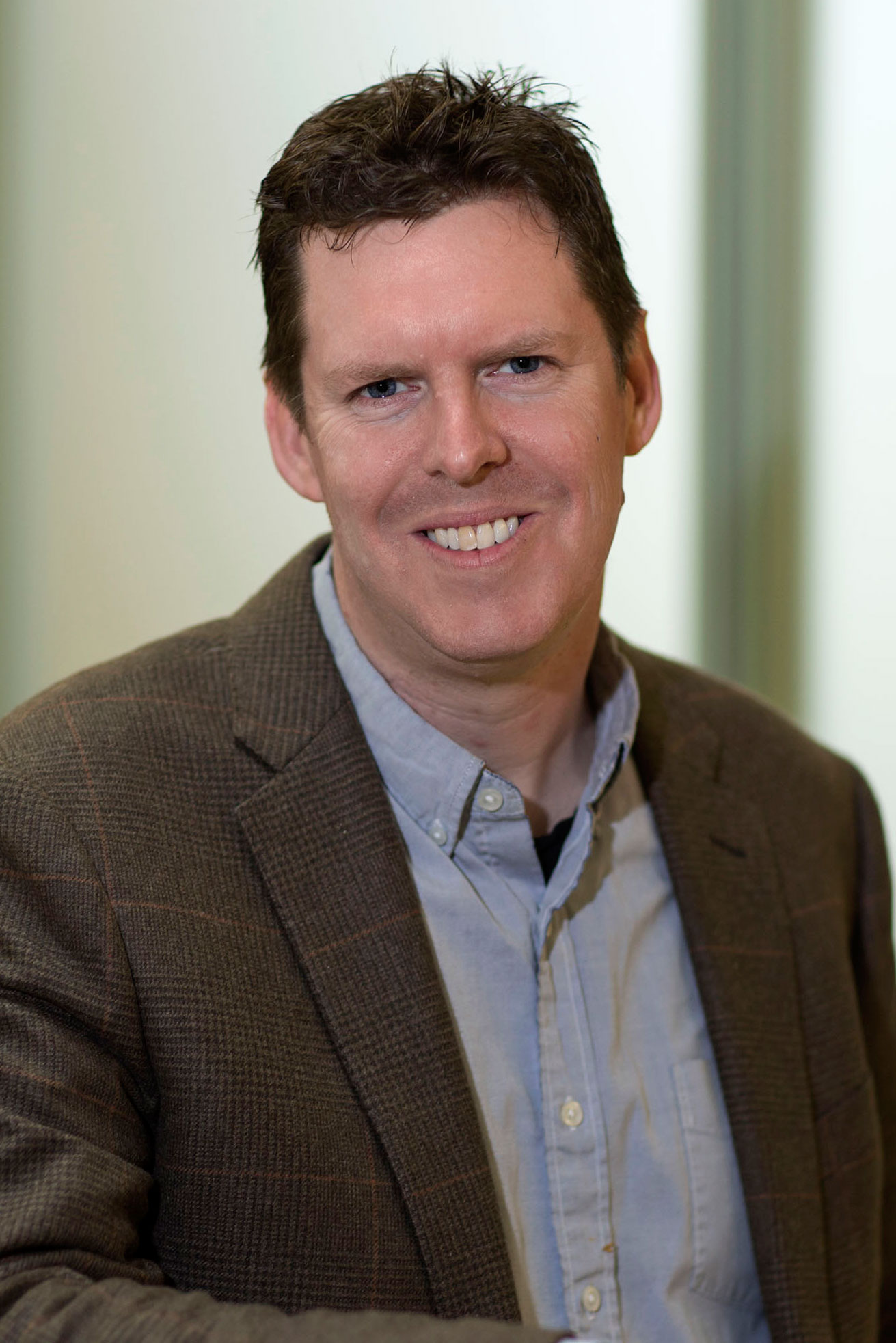 Deppmann plans research projects that draw undergraduate students, as well as graduate students and post-doctoral scientists, into his developmental neuroscience laboratory. He has made it clear that his highest pedagogical priority is early engagement through exposure to scientific thought and research, his nominators wrote.

He enables students to take ownership of their learning experience, they wrote. He keeps material fresh by using the latest scientific literature in his classes rather than a textbook, and he likes to tell stories about his scientific heroes. 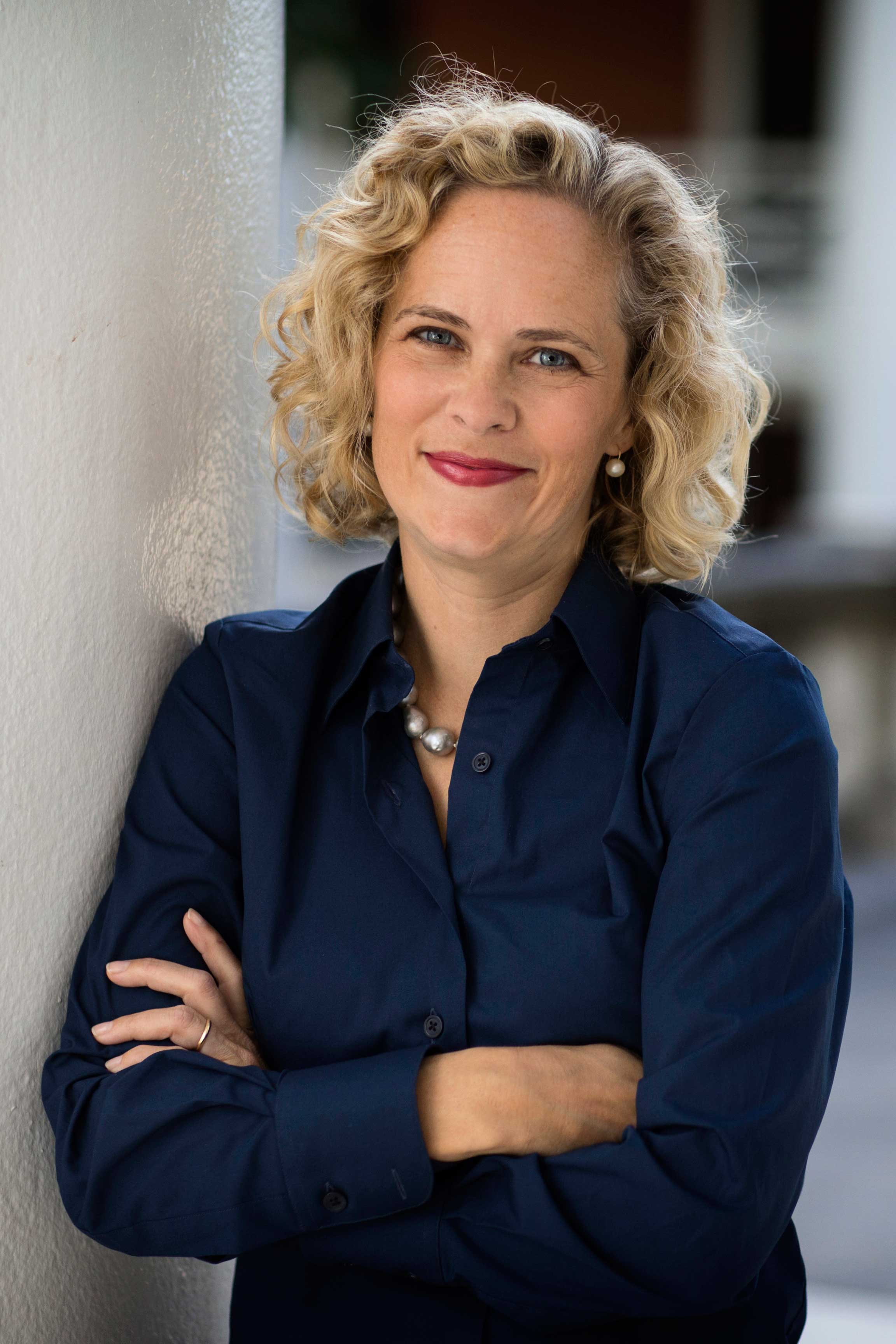 Halvorson-Taylor’s nominators repeatedly mentioned the passion she brings to her courses, which cover the Hebrew Bible, or Old Testament, and related topics. They said she “finds the perfect balance between helping students question what they think they ‘know’ about the text and being sensitive to her students’ faith backgrounds.”

“She makes clear that she is committed to the humanities’ capacity to address our human condition,” wrote one nominator. For example, Halvorson-Taylor became program director last year of the Pavilion Seminars, which bring together third- and fourth-year students from varied majors and intellectual backgrounds for stimulating discussions of vital questions across disciplines concerning ethics, human nature, politics, aesthetics, nature, law, space and survival – very much in keeping with Jefferson’s original plans for the Academical Village. 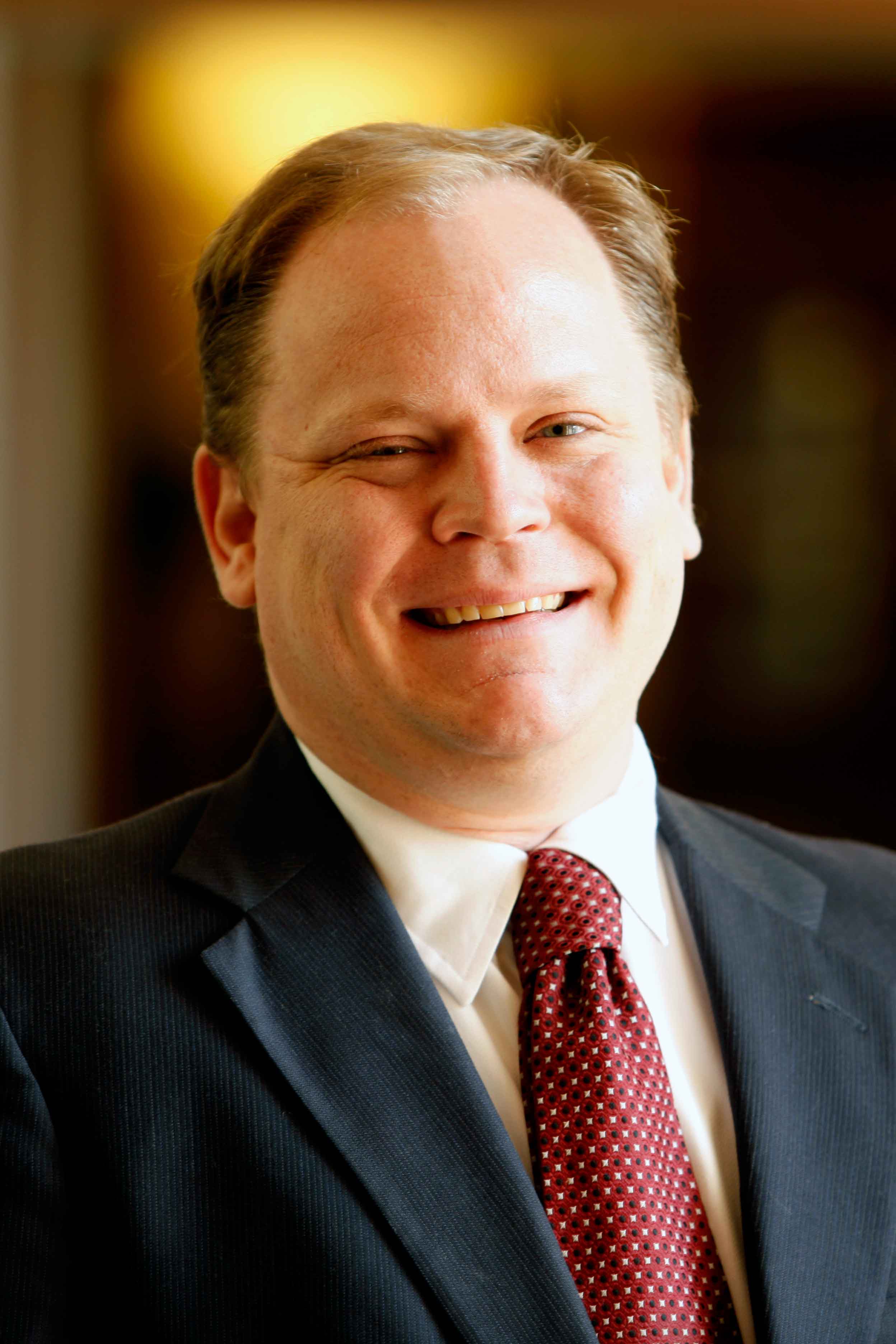 A UVA School of Law alumnus, Heytens first joined the school’s faculty in 2006 and then returned in 2010 after spending three years working in the Office of the Solicitor General, arguing six cases before the U.S. Supreme Court. His expertise includes civil and criminal procedure, civil rights litigation, federal courts and remedies.

“He’s one of the brightest legal minds in the country, but humble,” one colleague wrote.

His knowledge and experiences, which also include clerking for U.S. Supreme Court Associate Justice Ruth Bader Ginsburg, enable him to distill complex elements of civil procedure and instill them in his students, another nominator wrote, and they give him the background to help students with their career decisions. 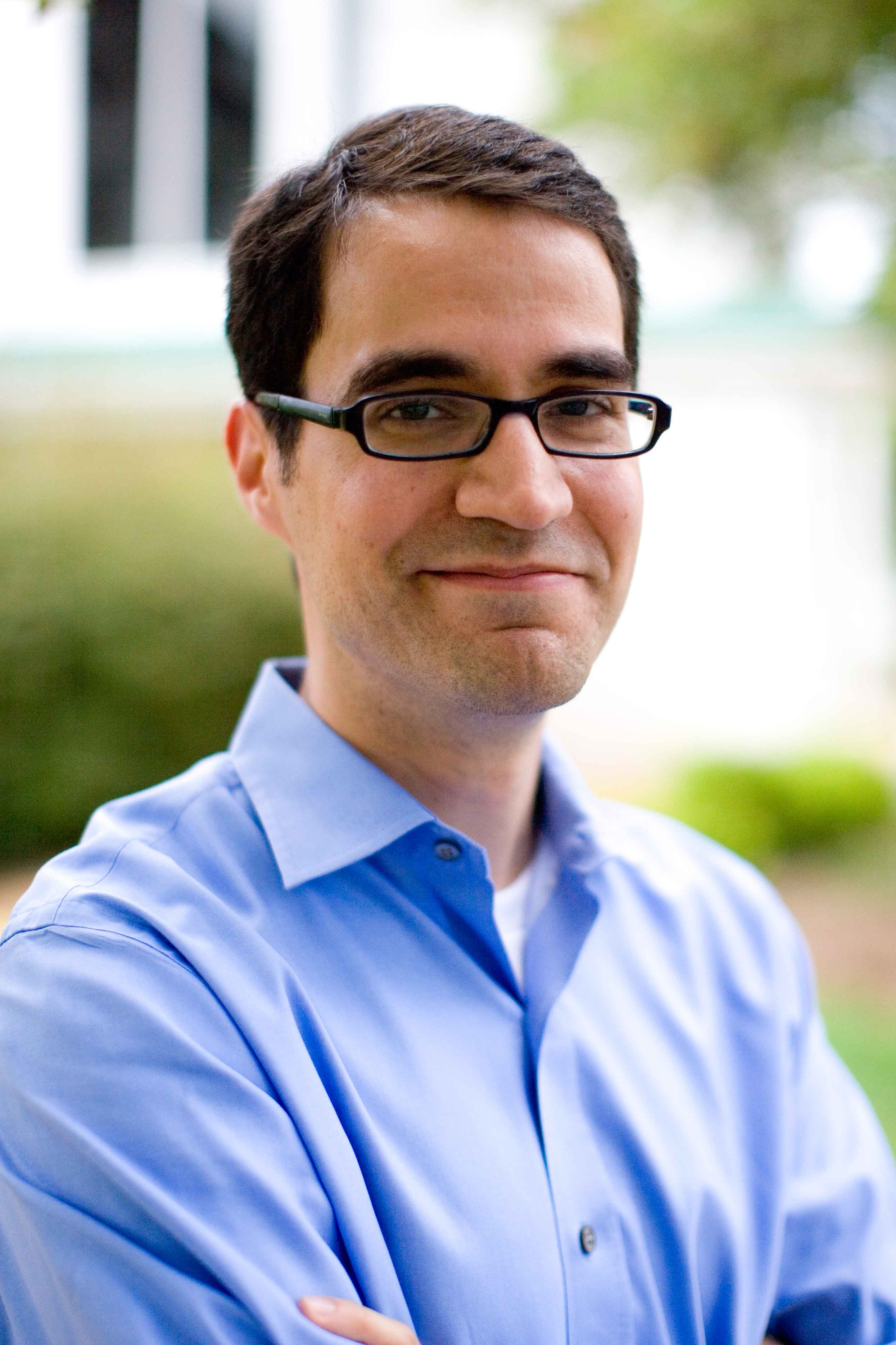 Students appreciate Jaswal’s attentiveness to their learning, whether he’s teaching a large lecture class or a focused seminar. Many recently described his “Introduction to Cognition” course as one of the best they’ve ever taken. All 350 of them gave it a perfect rating of “excellent.”

A new seminar Jaswal taught last fall, “Autism: From Neurons to Neighborhoods,” elicited rave reviews for the innovative hands-on assignments he gave. In that class, which he’ll teach again this fall, he juxtaposed personal stories and research that often conflicted as he led a review of autism science. For capstone projects, student teams produced five-minute videos about a controversial issue, myth or misconception about autism, which they posted on the Disability@UVA blog. Jaswal called the class a high point of his teaching career so far. 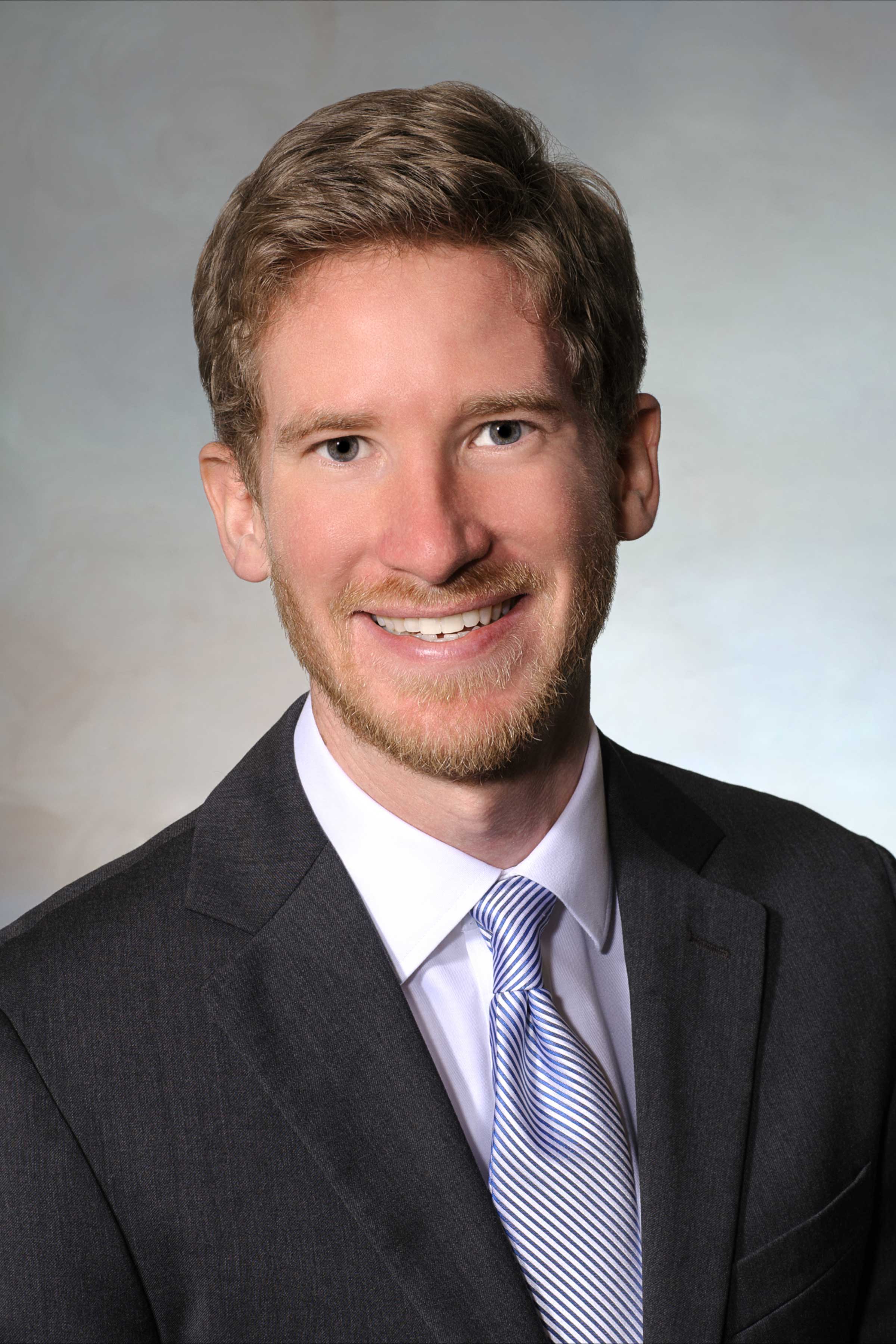 Lehman not only teaches group dynamics, he excels at them with students and colleagues, one of whom wrote that he has a “transcendent impact” on students.

He currently teaches “Organizational Behavior” in the undergraduate program’s Integrated Core Experience, and was chosen as faculty team leader, co-teaching with six other professors. Even more, senior colleagues seek his advice.

Nominators wrote that Lehman challenges assumptions about behavior and uses innovative activities to illustrate his concepts, such as the Implicit Association Test. 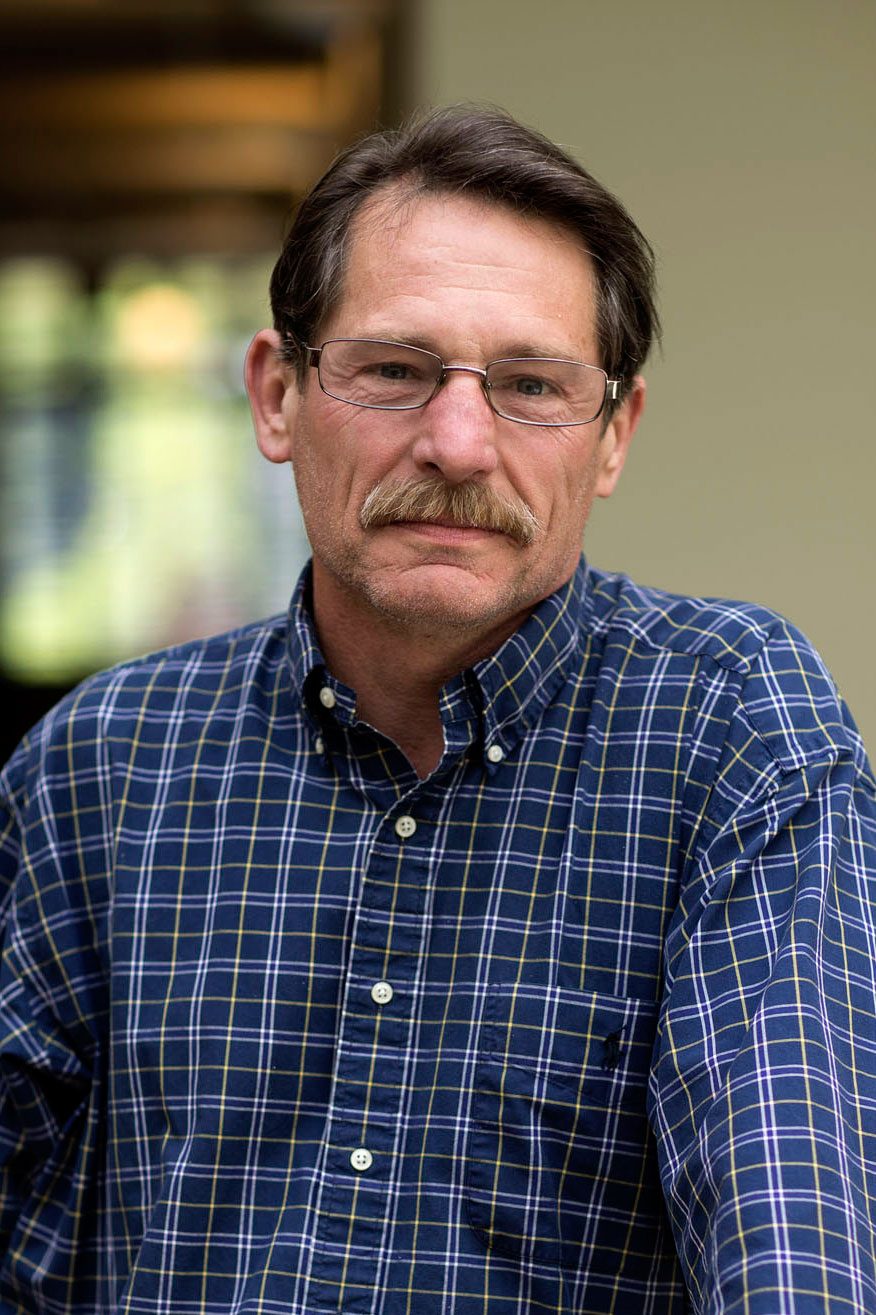 Reed distinguishes the raw material of history from understanding history, his nominators wrote. Thus, he makes Chinese history understandable by putting it in context to find similarities as well as differences with the current world we inhabit. He shows his students how not to oversimplify foreign problems with Western-centric views – and his methods broaden their minds. He also captures student interest, leading some to continue studying Chinese history and modern society.

Reed is known to promote humanities scholarship by encouraging undergraduates to pursue research grants like the Harrison Undergraduate Research Awards. One student wrote, “He belongs on the High Jedi Council of Historians.” 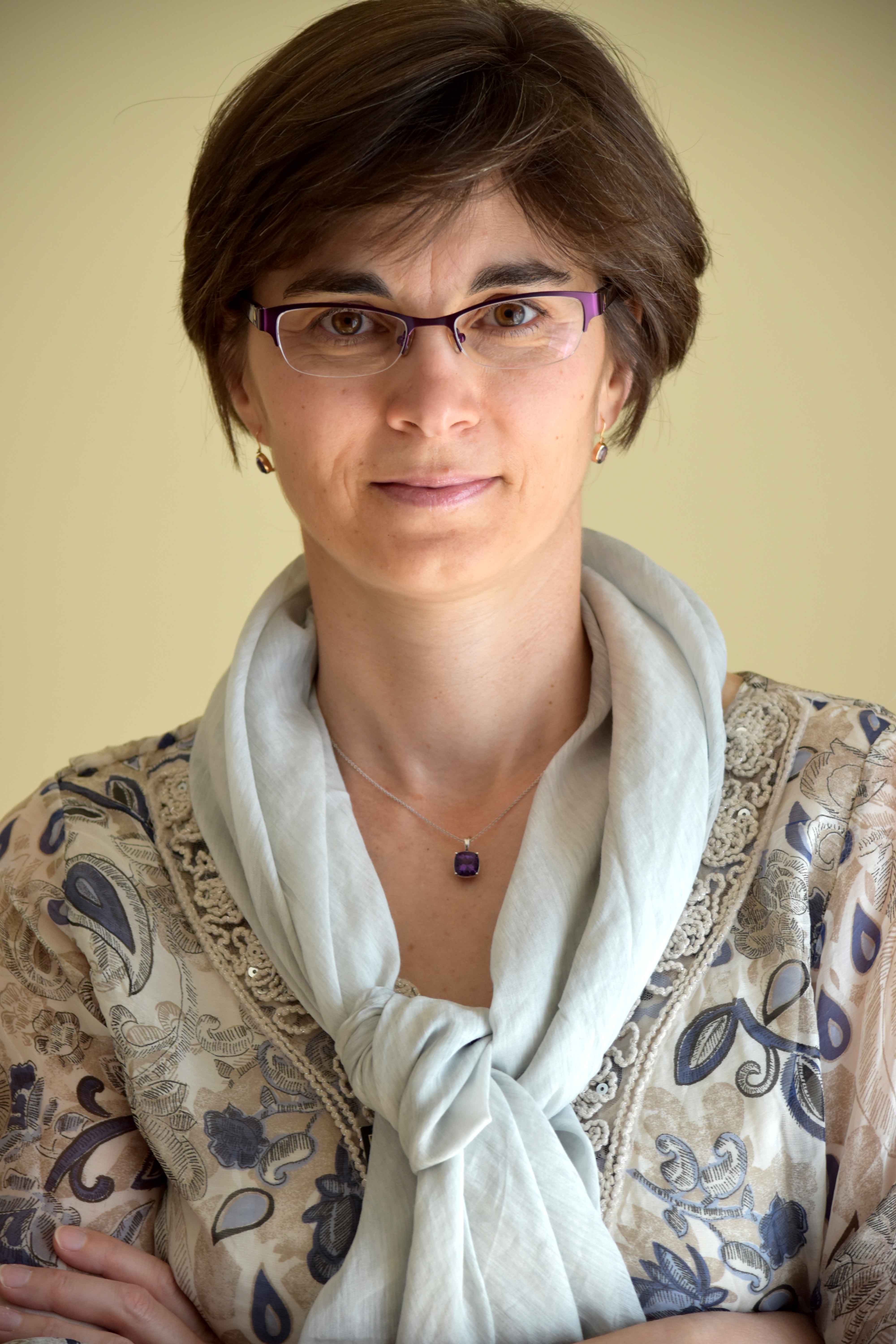 Serbulea has managed to transform the large lecture course in organic chemistry – the course with a reputation in universities everywhere as the “weed-out” course for many students interested in graduate and professional programs in science, engineering and health care – into an innovative, hands-on experience that all types of students might become passionate about.

She received a Mead Endowment grant last fall to get more students involved in the learning process by enlisting former organic chemistry students to research online problem-solving programs to see which works best.

With at least one student nominator calling her “a superstar,” she has succeeded in helping students feel like scientists.

“Students learned not only about chemistry, but also about themselves,” one nominator wrote. 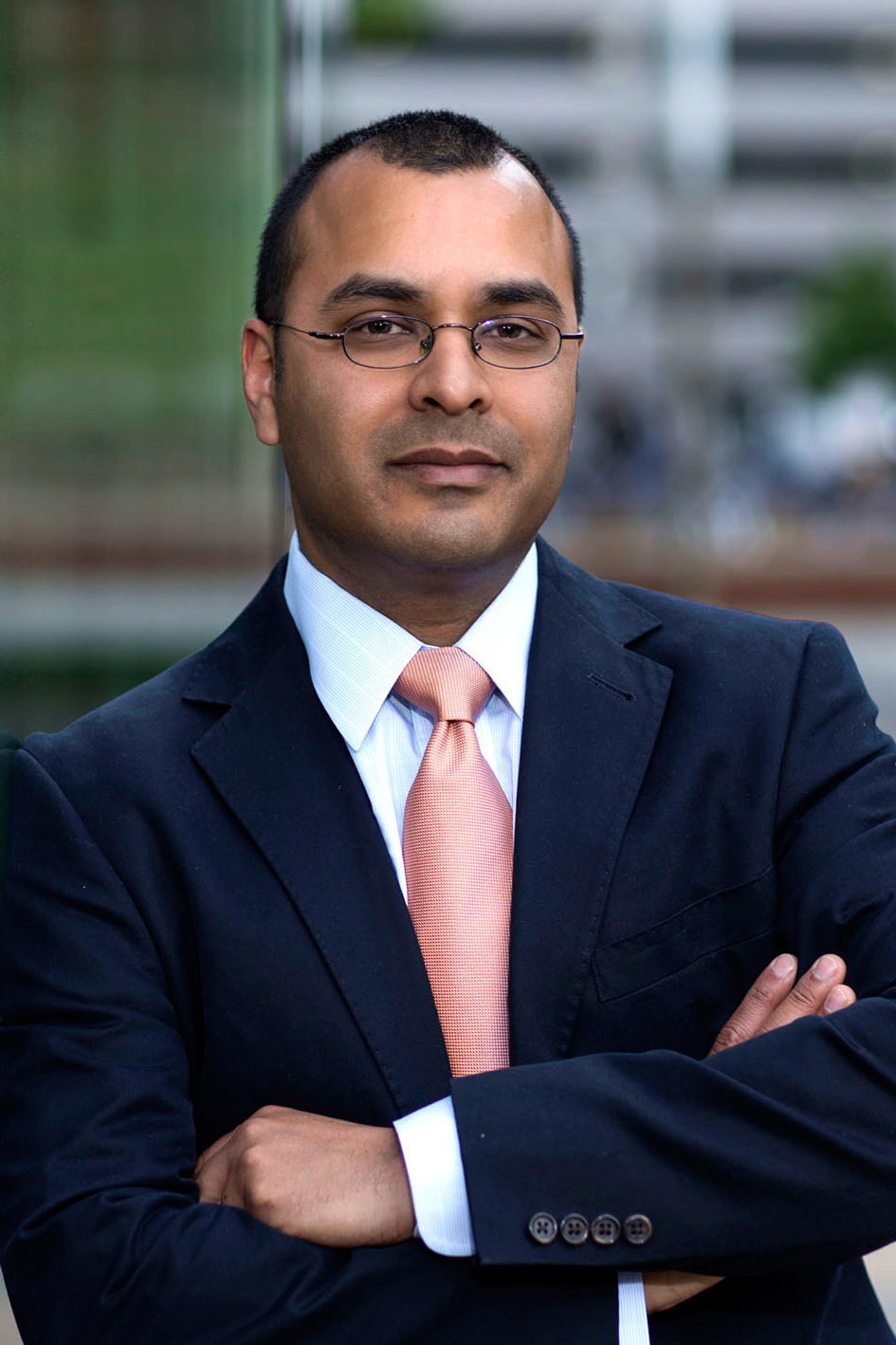 A full-time clinician, Shah oversees 100 medical residents as associate program director of the Internal Medicine Residency Program in the School of Medicine, and he supervises the transplant hepatology fellowship. (Hepatology focuses on the liver.) He also helped develop and co-chairs the latest redesigned pre-clerkship curriculum for the first two years of medical school.

His nominators stressed that Shah taught them the importance of a physician’s bedside manner and of establishing rapport with patients. “He takes concepts out of the book and applies them to patients,” one student wrote.

Among his several teaching awards, he received the Herbert S. Waxman Award for Outstanding Medical Student Educator from the American College of Physicians in 2014.

One colleague called him “a teacher of teachers” and wrote, “His passion for teaching elevates everyone around him.” 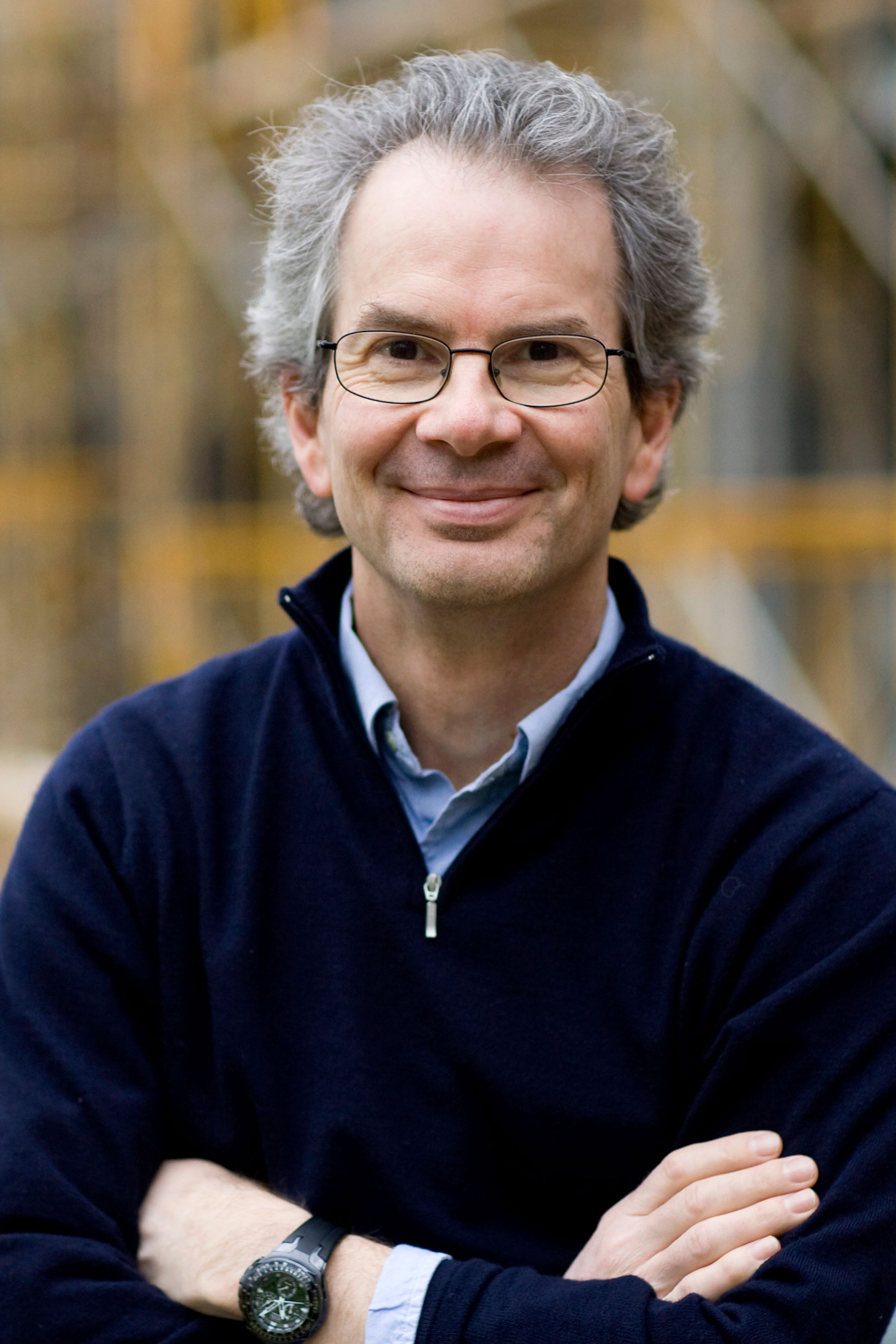 Martini has racked up several teaching awards, including an All-University Teaching Award in 2008, many years after pursuing teaching fellowships to update his game, especially with technology early on – in the mid-1990s. He is currently president of the University Academy of Teaching, one of a series of activities sponsored by UVA’s Center for Teaching Excellence in which he has been active during his tenure on Grounds.

The only engineer in the School of Architecture, he specializes in earthquake protection in buildings and brings a cross-disciplinary perspective to his students, teaching courses such as “Introduction to Structural Design.”

On his website, Martini has a section of essays related to teaching, public service and mentoring, including “Baggage vs. Ballast: Work and Family on the Tenure Track” and “Frosting, Sauce and the Ticking Tenure Clock.”

Wrote one nominator: “He has persistently steered his colleagues toward the best possible vision of academic community, one that celebrates individual discoveries, while recognizing the real power of working together.”

What Is Biotechnology? Where Is It Headed at UVA? END_OF_DOCUMENT_TOKEN_TO_BE_REPLACED