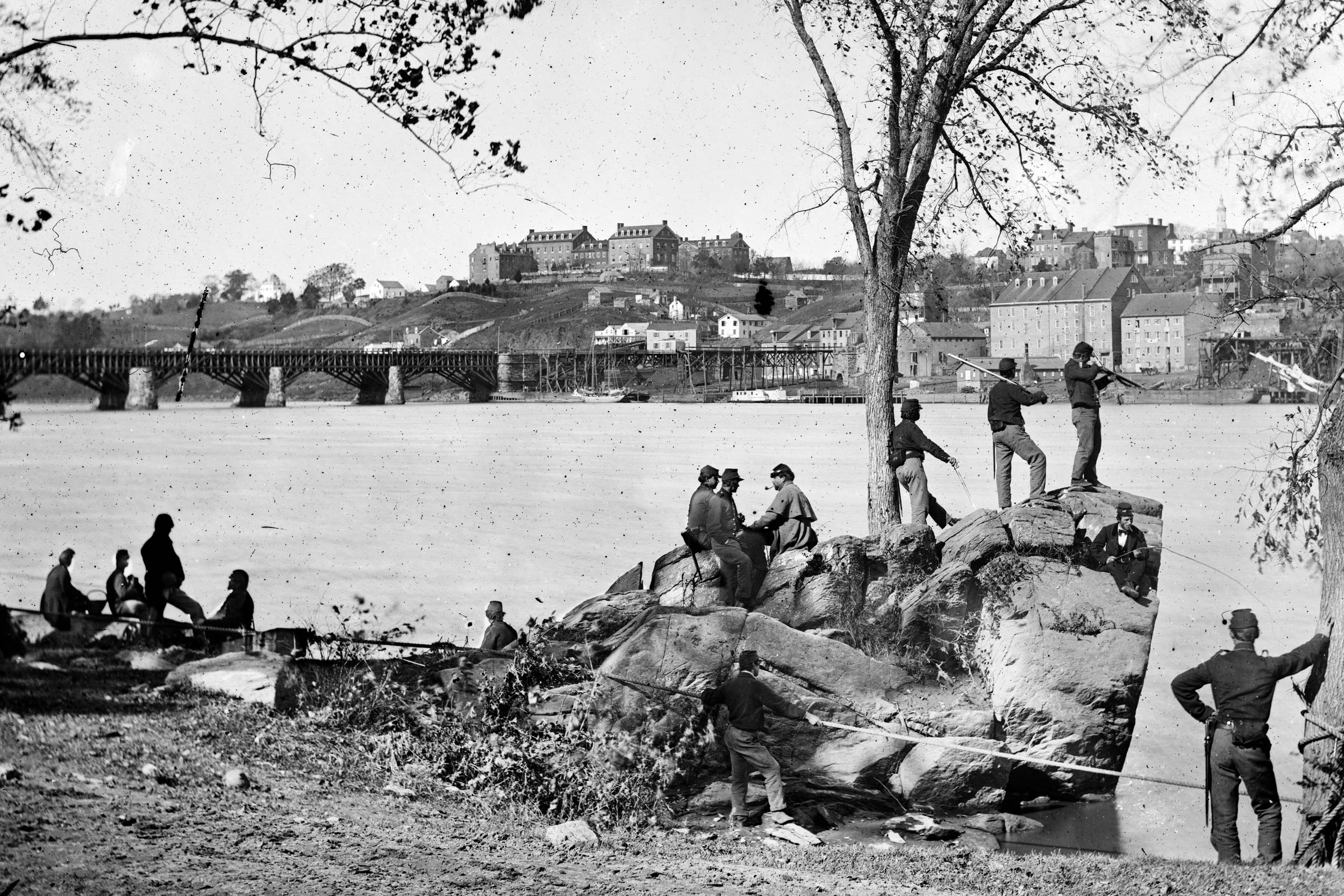 Union soldiers on Mason’s Island, which served as a training camp, in Washington in 1861. Across from them is the Potomac Aqueduct Bridge; Georgetown University is on top of the hill. (George N. Barnard, Library of Congress)

The American Civil War was a conflict of deliverance, in which Union forces were not only seeking to preserve the nation, but also, as they saw it, trying to save the misled Southern masses, who were caught in the grip of the “slave power conspiracy.”

That’s the argument that Elizabeth Varon, the University of Virginia’s Langbourne M. Williams Professor of American History, posits in “Armies of Deliverance: A New History of the Civil War,” which recently was named one of the 10 best nonfiction books of 2019 by The Wall Street Journal. 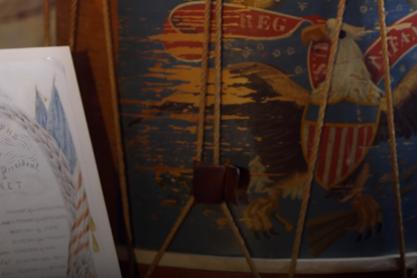 Varon, also a member of the executive council of UVA’s John L. Nau III Center for Civil War History, offers a new approach and a new argument in this overview of the war.

“I try to offer a holistic narrative that unfolds in real time and that interweaves military developments with electoral politics and emancipation, and the struggles of non-combatants on the home front,” Varon said. 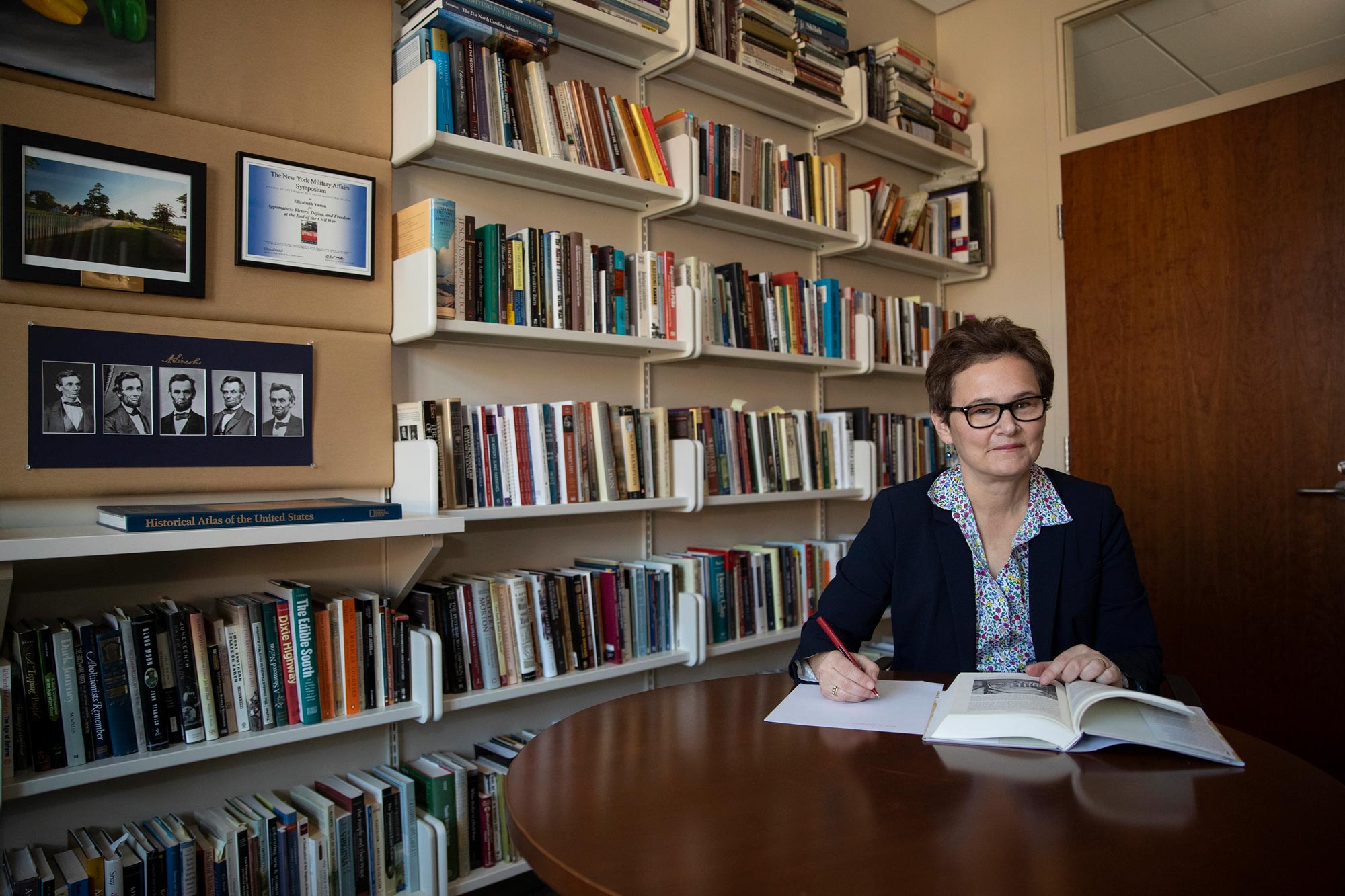 In blending military history with social history, Varon uses accounts of major battles and campaigns to open discussions of topics such as the role of women in Civil War medicine and how the resistance of enslaved people shaped Union emancipation policy.

“In order to give immediacy to the narrative of events, I quote extensively from letters, diaries, editorials, speeches, sermons and all kinds of in-the-moment sources,” Varon said. “I was fortunate to have access to a vast and remarkable archive of soldiers’ letters that were curated by John Nau, from his own personal collection of Civil War soldiers’ letters, many of which had not been used before by scholars. These were amazingly vivid windows into how men coped with the challenges of combat.

“This gives readers a really palpable sense of those lived experiences and drama of the war on the ground.”

“In a field crowded with histories of the massive conflict, this book combines analytical acuity and narrative power in impressive proportion,” he said. “It rewards anyone seeking a compelling examination of the topic.”

Varon shares the modern scholarly consensus that the Confederacy was formed to defend slavery. At the same time, she wanted to explain why the Union forces fought. Scholars have disagreed on Northern war aims, with some emphasizing that Northerners wanted to preserve the nation, while other scholars assert that the North fought to abolish slavery. Varon notes that U.S. President Abraham Lincoln, a Republican, was able to mobilize a broad coalition of Northerners and anti-Confederate Southerners, including African Americans, around a theme of “deliverance.”

“‘Deliverance’ was a key word in 19th-century Northern wartime discourse that you find appearing again and again, in all these firsthand sources,” Varon said. “Northerners believed they were fighting a war to deliver the Southern masses from the dominance of an elite slaveholding oligarchy – a ‘slave power conspiracy’ as Northerners put it, that had retarded the South’s moral and material progress.”

According to this Northern theory, elite slaveholders – who were a tiny minority of the Southern population, but held the overwhelming balance of power and wealth – terrorized, seduced and duped Southerners into seceding against their best interests.

Varon points out that Northerners underestimated how deeply white Southerners were invested in slavery, how deeply even non-slaveholders had bought into the idea that slavery was a system of social control and of economic gain that was central to their way of life.

“My challenge in the book became to explain in a sense why Northerners bought in so tenaciously to the idea that they could save the South even in the face of massive evidence that the Confederates didn’t want to be saved,” Varon said. “In a sense, the book is about a war of ideas and ideologies. I tried to explain how deliverance rhetoric fulfilled political needs, spiritual needs and emotional needs, and thereby helped Northerners sustain their morale and momentum.” 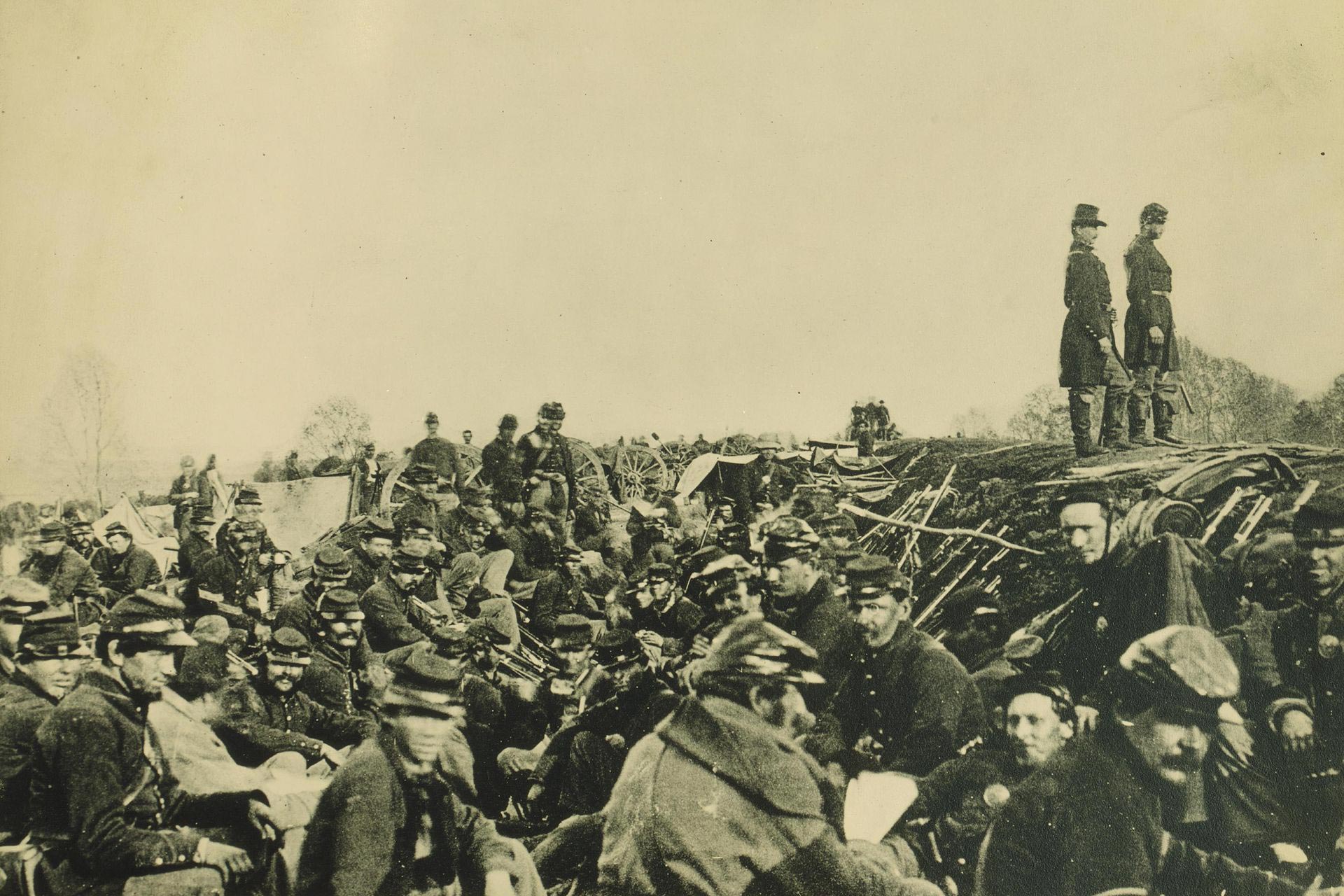 Union soldiers entrenched along the west bank of the Rappahannock River at Fredericksburg in 1863. (A.J. Russell/National Archives)

While Lincoln and his Unionist coalition stressed this redemptive approach to the conflict, their Confederate counterparts were proclaiming that Northerners and Southerners could never be countrymen again and that there had to be a separate Confederate nation.

Because of the importance of restoring the South to the Union, Northerners would not recognize the depth of Confederate recalcitrance and resilience of Confederate nationalism.

“Northerners believed that their beloved ‘Union,’ which was their word for their representative government, should be bound together by bonds of affection, not coercion,” Varon said. “They believed that’s what the founders had intended.”

Thus to win the war, Northerners not only had to defeat the South on the battlefield, they had to restore those bonds of affection and persuade Southerners to love the Union again.

“This belief in Southern deliverance shows the power of human yearning. Part of the reason Northerners yearned for this is that they just had to believe that there was a way to end the war short of the total destruction of Southern society,” Varon said. “Northerners knew they couldn’t coerce the South into embracing the Northern point of view, and that they needed on some level to win some people back over.”

Varon explains that Northern leaders thought that being magnanimous after the war would change the hearts and minds of the Confederates. But, with a few exceptions, the defeated rebels remained committed to their ideals, leaders and cause even after the war, she said.

Lincoln viewed the emancipation of the enslaved as part of his strategy to save the South, believing that abolition would punish the elite slaveholders while benefiting the broad swath of white Southerners by removing the root source of contention in national politics.

“Supporters of emancipation argued that it would open the way for democracy in the South, for free speech and material and technological progress, urbanization and industrialization,” Varon said. “Emancipation itself is presented by Lincoln and his allies as redemptive, as part of this project of saving the South, and we can see Lincoln’s hopefulness right down to his last speech – ‘malice toward none, charity toward all.’ That is very much an expression of his abiding belief that the South could be reformed.”

Varon said she wants readers to understand the complexity of the issues involved in the Civil War and the strength of the prevailing ideologies.

“I think this book is about the fundamental idealism of the Union war effort,” Varon said. “It was a brutal war on both sides, and the North’s hard war tactics targeted and victimized civilians at times. But deliverance rhetoric was so strong that it was never displaced by hatred. There was always this core belief that Southerners could and should be brought back into the Union.”

The troops trying to bring the South back into the fold came from a wide variety of backgrounds. Varon notes that 43% of Union soldiers were immigrants or sons of immigrants, many from Ireland and Germany. The Union forces also included about 200,000 black soldiers and sailors, about 80% of whom were from the South, as well as about 100,000 white Southerners from seceded states, which Varon said was further proof of Lincoln’s ability to form his coalition against the slave power conspiracy. 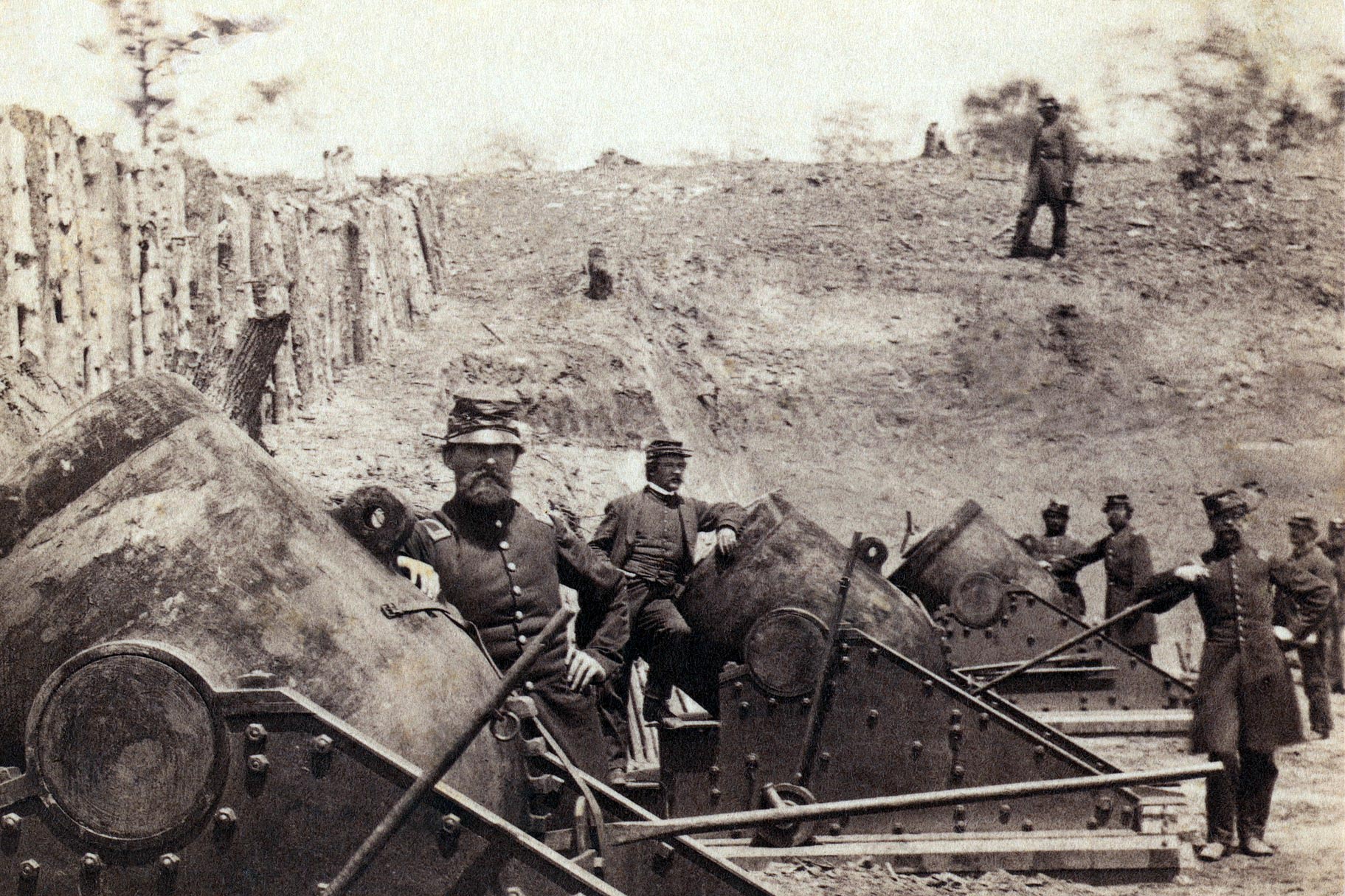 “As someone who had studied the South more than the North, I was surprised to learn about the diversity in the Union Army, from reading all those soldiers’ letters and diaries,” Varon said.

“There was diversity of political opinion. Northern soldiers represented a very broad political spectrum, from quite conservative Democrats in the opposition party to moderates like Lincoln to Radical Republicans and abolitionists, to all manner of views in between. There were fervent debates within the North and the Union Army over how to achieve Southern deliverance. Black soldiers and reformers, for example, emphasized that the nation needed deliverance from the sin of racism, and that true liberation would bring black citizenship and racial equality.”

To better understand these debates, Varon had to master the vocabulary of 19th-century politics and came to understand how people of that time revered the Union, fewer than 100 years old at the time.

“The Civil War is just endlessly complex and the only way to grapple with it is to go to the primary sources themselves and spend a whole lot of time with them,” Varon said. “I try to tune in those voices.

“The joy of this project for me is that I am constantly reminded that the Civil War has an endless capacity to surprise us. I have tried to integrate the story of emancipation and slave resistance into the story of the battlefield and electoral politics.”

In writing some sections of this volume, Varon stepped into the role of a military historian, something that was an exciting new prospect for her.

“I have learned how important it is for us scholars to get out of our comfort zone and take on new challenges,” she said. “I am not a military historian by training, but I wrote a lot about battles in this book and there is a learning curve in mastering that genre. While I did not start out as a military historian, I have become very much involved in what people today call a ‘war and society’ approach to military history, in which you relate military history to social history and social problems.”

This semester Varon is reviving Gallagher’s popular course on American military history to 1900.

“The field of ‘war and society’ is an important strength of the Corcoran Department of History and I am glad to contribute to our many military history offerings,” Varon said. 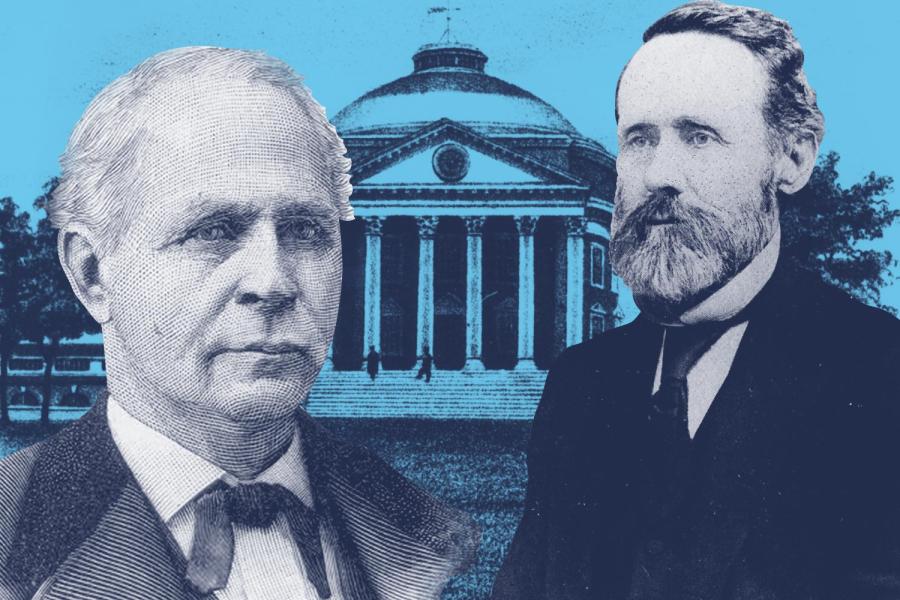 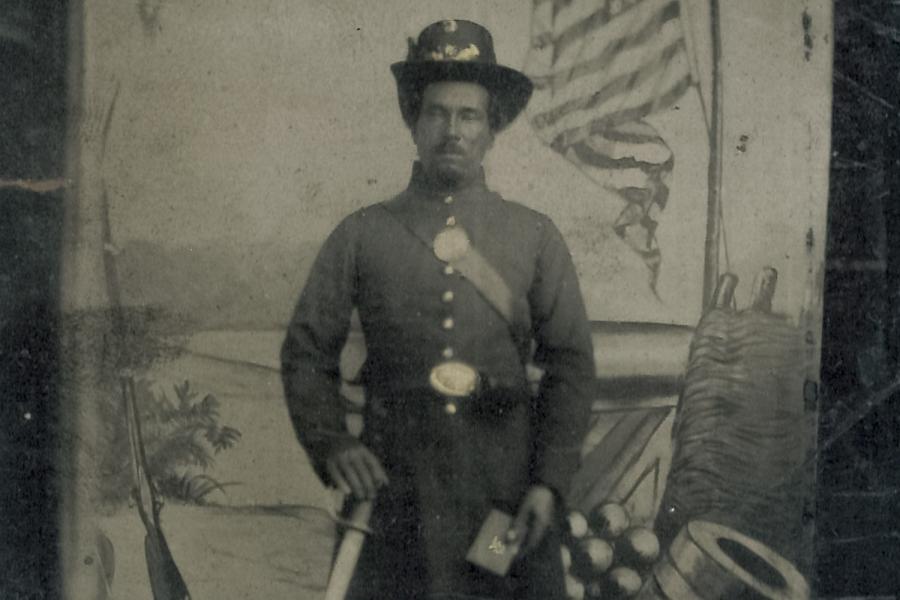 Research: 240 Blacks from Albemarle County Fought With the Union in the Civil War 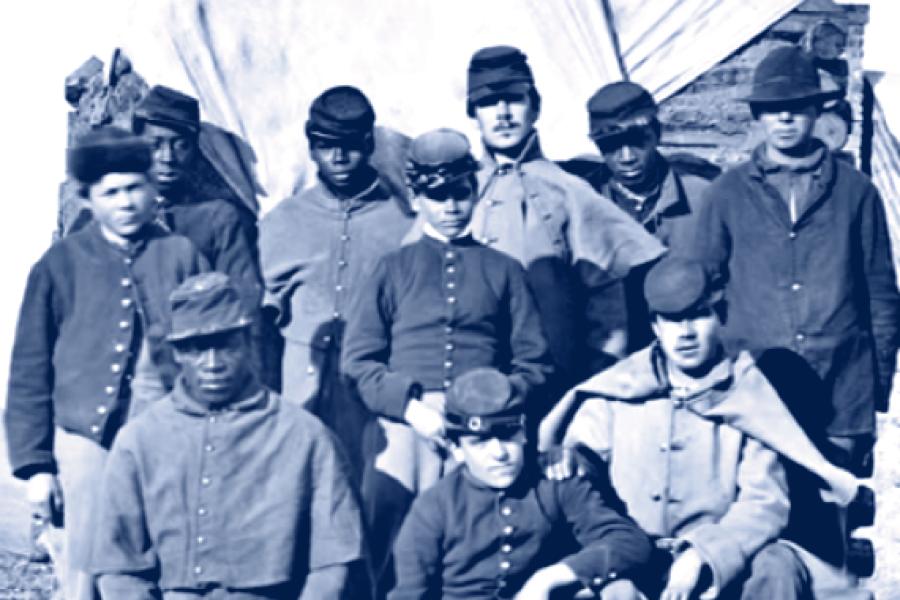