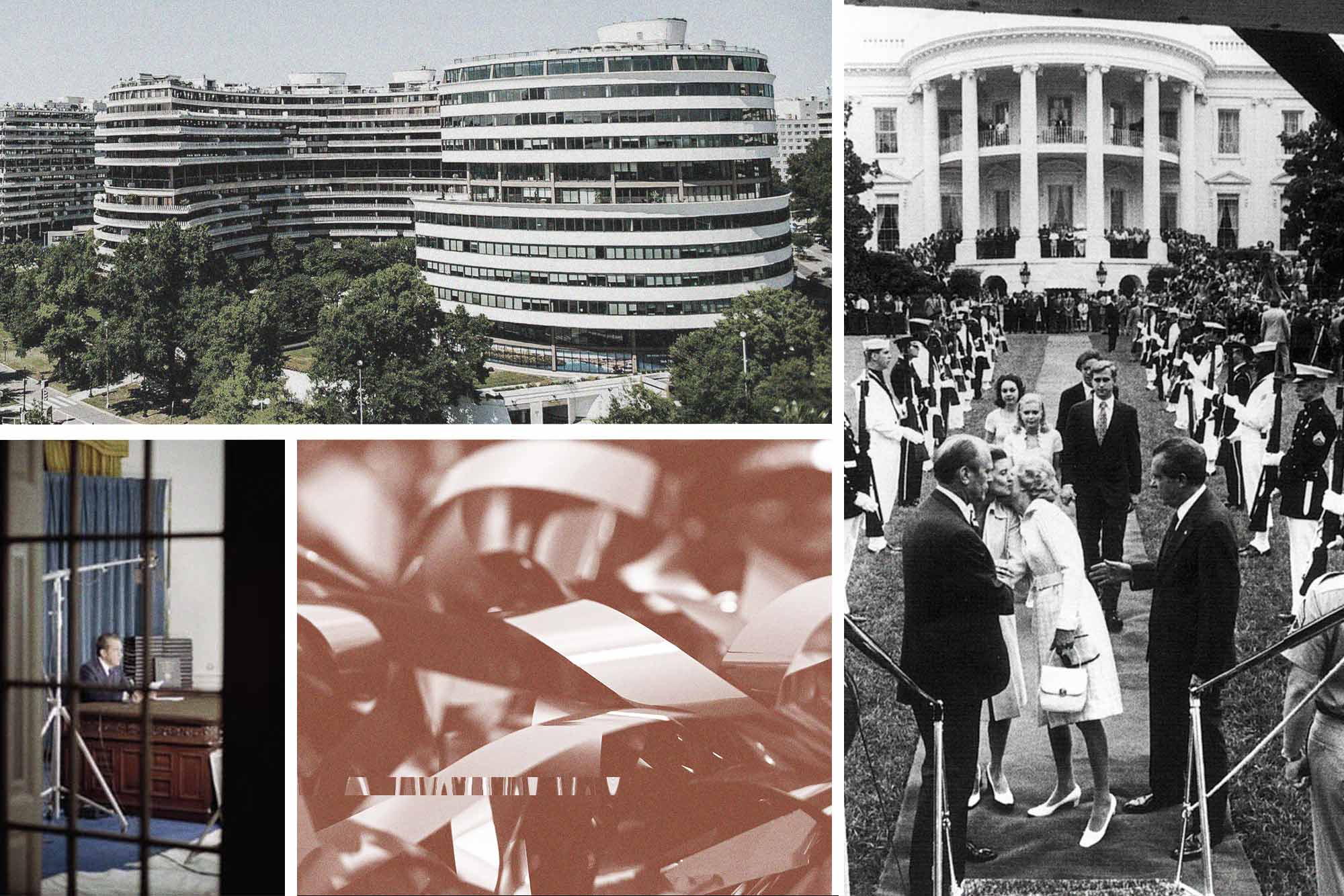 Here’s what University of Virginia researcher Ken Hughes wants you to know about the Miller Center’s collection of President Nixon’s secret recordings:

“It is vast,” he said. “What we think of as the Watergate tapes were just 12 and a half hours. There are more than 2,500 hours of Nixon tapes available to the public today. And while the 12 and a half hours contain some of his worst crimes, he actually did worse things than Watergate.”

Hughes is a presidential historian and Watergate scholar, dubbed by the Washington Post’s Bob Woodward as “one of America’s foremost experts on secret presidential recordings.”

The pair’s dogged reporting eventually traced the burglary and cover-up to the White House itself. But Nixon had escaped blame until his own words, captured on a secret recording system, revealed his involvement.

Nixon may be the most famous – or infamous – White House recorder, but he’s not the only president to secretly document conversations, Hughes said.

“Five presidents taped their conversations,” according to Hughes. “Franklin Roosevelt got a special system made for him from Hollywood.”

Harry Truman, Dwight Eisenhower, John F. Kennedy and Lyndon B. Johnson all recorded their interactions. But Nixon outdid them.

Nixon was the first to install a voice-activated system. His extensive automatic taping system recorded conversations and phone calls in several rooms and offices in the White House and elsewhere. The result is a trove of recordings: 3,700 hours in total, including many tapes yet to be transcribed or made public.

Hughes has spent more than two decades studying them. Listening to the recordings, he says, makes him feel like he piloted a time machine to the 1970s. 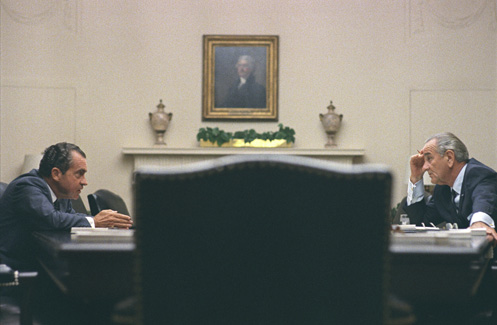 Nixon’s voice-activated system recorded about 3,700 hours of conversations and phone calls all in several White House rooms and offices.

“For a 30-month period, when Nixon had his voice-activated recording system in the White House, or what we call the White House complex, we know exactly what the president was doing,” Hughes said. “It gives us a marvelous ability to study the presidency, as it actually unfolded, during one of the most interesting times in American history.”

Transcribing them has been laborious. Many of the recordings are faint and scratchy. People talk over each other. Coffee cups scrape across the desk that concealed microphones.

“We’ve actually tried giving them to court stenographers, professional transcribers, and they couldn’t do it,” Hughes said.

The recordings include Nixon’s efforts to improve relationships with China and the Soviet Union, his concern about the Pentagon Papers and leaks in his administration, and his callous “decent interval” strategy for timing the withdrawal of American troops from the Vietnam War to his 1972 reelection campaign.

But it is the Watergate tapes that get most of the attention. Why would a president willing to brazenly break the law record his incriminating conversations?

Alexander Butterfield, an assistant to the president who first revealed the taping system’s existence during the Watergate hearings, later said Nixon, at times, probably forgot the system was running. Hughes thinks there’s more to it.

“The reason he thought he could do it is that his predecessors were able to conceal the existence of their taping systems from the public,” Hughes said. “He never thought his tapes would go out of his control.”

But Butterfield’s revelation led to a landmark, and unanimous, Supreme Court decision.

“What Nixon didn’t expect was that they would become evidence in a criminal proceeding,” Hughes said. “And he would eventually lose control of them once the Supreme Court ruled he had to turn them over to the special prosecutor.

“Nixon was not crazy or stupid for taping his conversations,” Hughes continued. “He just wound up in a situation that he did not foresee.”

The most revealing recording, the one that turned even Nixon’s stalwart Republican defenders against him, is the so-called “smoking gun” tape.

In it, Nixon and top advisors discussed how to thwart the FBI investigation of the burglary. The recording proved Nixon, who maintained he was not involved in the crime and cover-up, had been lying to the public.

Even though that’s the tape that ended Nixon’s presidency, Hughes says the archive of recordings reveals far more sinister conduct.

Nixon inherited the Vietnam War from his predecessor, Lyndon Johnson. Early in Nixon’s presidency, the president’s taped conversations show he understood the war to be unwinnable. But Nixon worried ending the war early would make him look weak in his re-election campaign.

“He realized he was just delaying defeat,” Hughes said. “Nixon prolonged the war through all four years of his first term so he could pretend he was not losing.”

“The cost was 20,000 American lives. That’s how many were lost during Nixon’s presidency,” Hughes said. “So to me, that is a much, much bigger offense than Watergate.”

It’s Copperhead Season in Virginia. Here Is What You Need to Know END_OF_DOCUMENT_TOKEN_TO_BE_REPLACED

What’s Next for UVA’s Class of 2022? END_OF_DOCUMENT_TOKEN_TO_BE_REPLACED