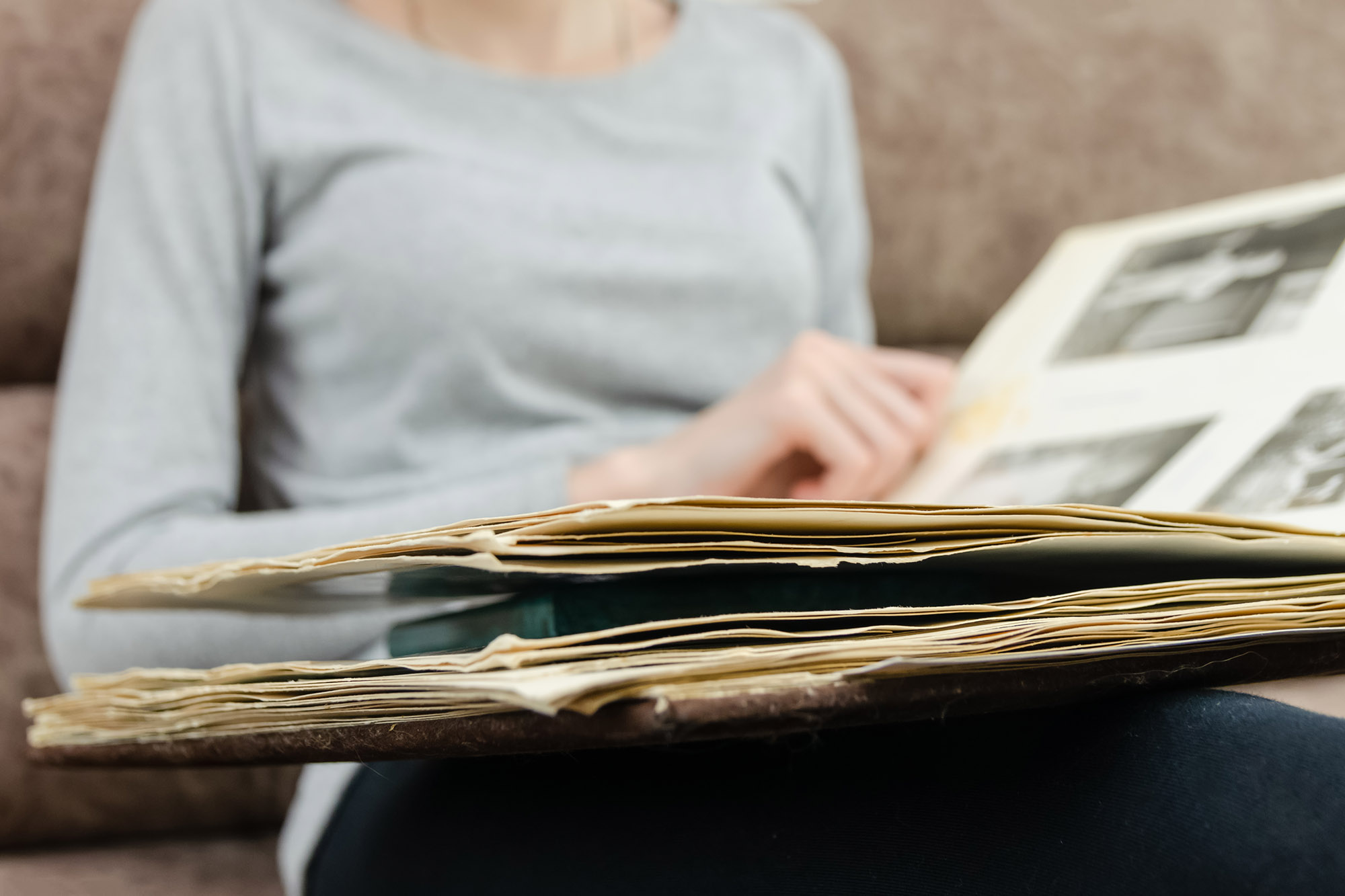 Long ago, in 1973, there was a movie called “The Way We Were,” starring Barbara Streisand and Robert Redford. Cinematically, it was not a hit. But musically, it marked the first time Streisand notched a No. 1 song on the charts.

Originally a song about college love, today its opening lyrics can read like a reflection of the effect of COVID-19.

Here is the opening:

Memories light the corners of my mind
Misty water-colored memories of the way we were
Scattered pictures of the smiles we left behind
Smiles we gave to one another for the way we were.

Reading those lyrics now, it’s easy to understand the appeal of the times that came before the world was overtaken by the novel coronavirus, which has now infected more than 17 million people worldwide and killed more than 150,000 Americans.

Perhaps you’ve picked up a favorite old novel, or streamed reruns of “Cheers,” “Little House on the Prairie” or even “Family Affair.” Or, like a high school friend of mine, made her grandmother’s beloved strawberry shortcake recipe that transported her back in time to the summertime church socials of her childhood.

A wave of nostalgia is coursing across the country, and it’s no coincidence. Psychologists say memories are deeply embedded and recalling them can bring people peace of mind.

Nicole Long is an assistant professor of psychology and leads the University of Virginia’s Long-Term Memory Lab.

“Research in my lab, as broadly construed, is interested in memory processing, in particular, strategic memory processes,” she said. “The broad or long-term goals of my research are for us to understand how these fundamental processes work and then enable the development of training protocols to help people’s memory to better understand memory deficits and aging … the very clearest example being Alzheimer’s [disease].

“We use behavioral experiments where we have someone come into the lab and try to learn a list of items, words, pictures – that sort of thing,” she said. “Then we do variants on that task while we record electroencephalography,” a mechanism that monitors electrical activity in the brain in real time. 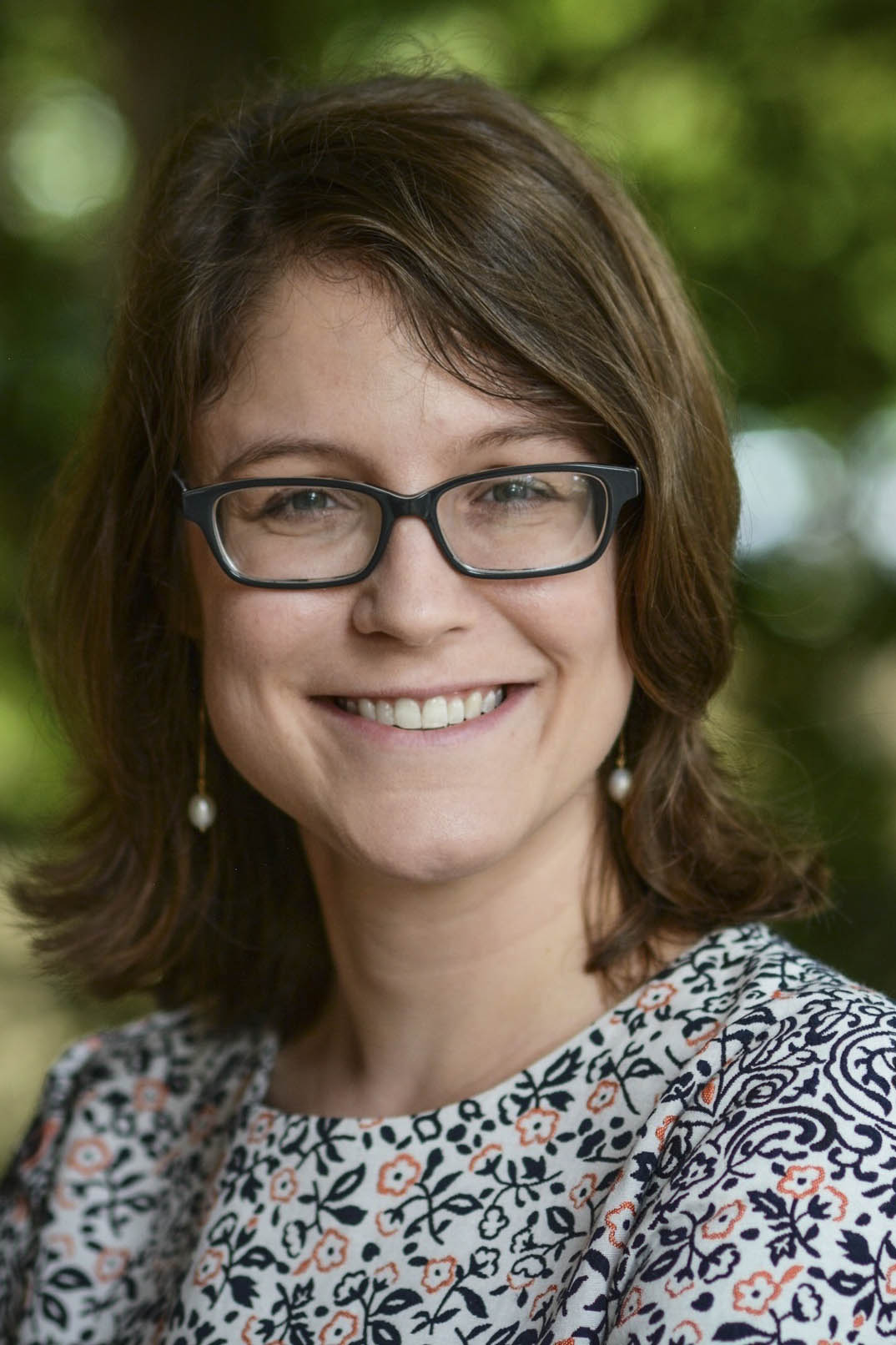 Long fully appreciates why people are reaching back in time, to the days before wearing face masks and distancing 6 feet were the norm. She says many of peoples’ experiences and memories are linked to each other. “If you were to go back to high school, you’d be transported back to other experiences you had while you were there,” she said, much like my friend’s grandmother’s strawberry shortcake evokes memories of church socials.

Long says there is also evidence that people tend to have a better memory for positive experiences. “So, what potentially is happening is people are kind of being transported back to an earlier time in their lives where most of the memories that they have from that time point probably skew positively,” she said. “It’s making them feel better, because they’re entering a positive emotional state by virtue of this kind of linked memory that they have between their lives in general and what they were doing when they were first experiencing, for example, television shows.”

The assistant professor brought up another interesting point. She says humans are “prediction machines.”

American and media studies associate professor Jack Hamilton echoed Long’s assertion that nostalgia is a common response to feelings of anxiety and uncertainty.

“For most of us, this [pandemic] is a pretty unprecedented thing to be living through,” he said. “So, I think it’s a pretty natural response that in some instances people would look back to simpler times, whether its 20 years ago or even like six months ago.”

Hamilton, who is Slate Magazine’s pop culture critic, said you can see evidence of “COVID nostalgia” in lots of areas of pop culture.

The first example that came to mind was ESPN’s “Last Dance,” documentary mini-series that delves into Michael Jordan’s basketball career and his last season with the Chicago Bulls, dating from 1997 to 1998. 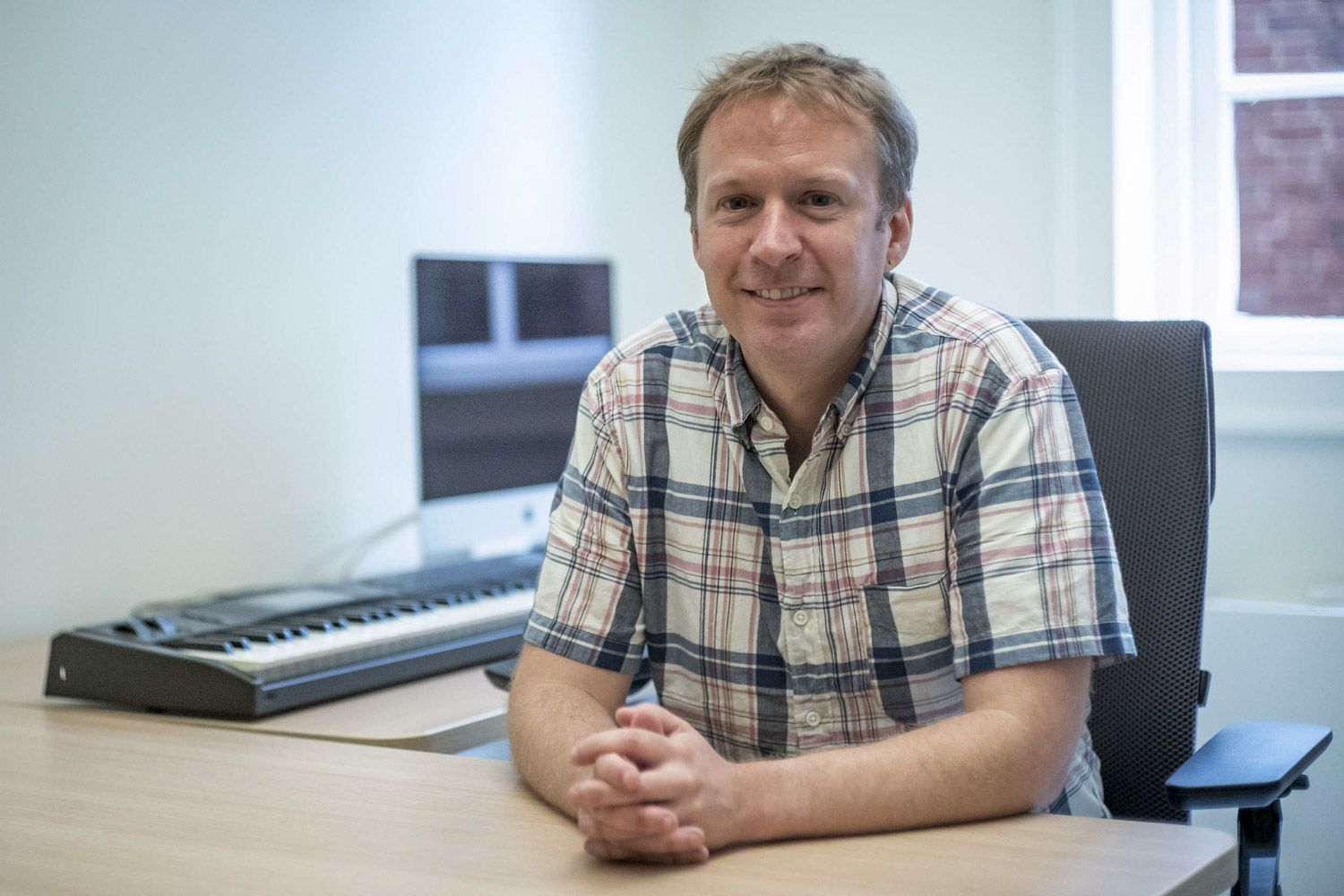 The 10-episode mini-series began airing weekly April 19, in the early days of the U.S quarantine. “It was this massive thing that lots and lots of people watched,” he said. “It’s one of the most-watched pieces of ESPN programming ever.”

Of course, viewership was boosted by the fact that college and professional basketball had been canceled because of COVID-19. “Whether its college basketball or NBA basketball, people associate March and April and May with the game,” he said. “There were no sports to watch, so the next best thing was to watch a documentary about sports.”

On top of that, Hamilton said the 1990s are “sort of a perfect era for people to get nostalgic about. It’s recent enough that most adults remember it really well.” That time is also notable because it was pre-internet and pre-social media.

“Even though it feels very familiar to a lot of us, and a lot of us can remember it really well, it also feels very, very different than the time we’re currently living in,” he said. “That documentary really scratched the nostalgia itch edge for a lot of people.”

For younger people, sitcoms including “The Office,” “Friends,” and “How I Met Your Mother” are drawing eyeballs.

Hamilton said he thinks one of the things that continues to draw viewers to “Friends” is that it’s not terribly deep and follows the classic sitcom formula. “The stakes are never that high. It’s funny. It’s very easy to watch and it doesn’t demand very much of you emotionally or intellectually,” he said. “It’s very escapist.”

What to go even younger? Netflix recently released a new and lauded take on “The Babysitter’s Club,” it’s first 10 episodes based on a series of books about five middle schoolers that first began publishing in 1986.

“I’ve seen a lot of people talking about it on social media, particularly people in their 30s or 40s who are maybe watching it with their kids, but are clearly having their own feelings of nostalgia,” Hamilton said. “Those books where huge when I was a kid, and I think a lot people have fond, fond memories of losing themselves in those books as a kid.” 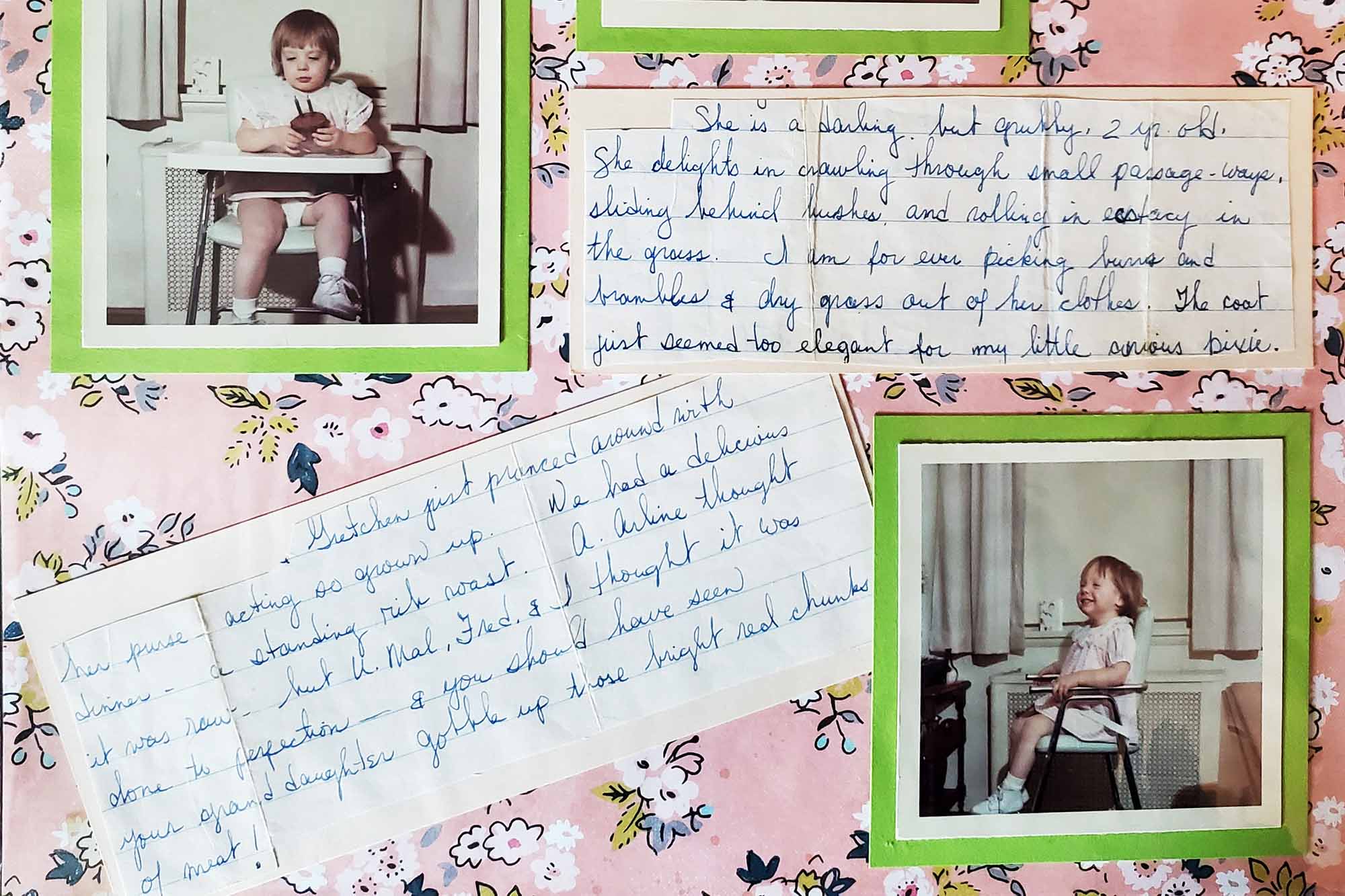 Gretchen Lusby has been scrapbooking. “In my mom&#039;s things I found excerpts of a letter she wrote on my second birthday. After losing my mom last year, seeing her handwriting was very comforting,” she said. (Contributed photo)

As much as people romanticize earlier times and reminisce about them, Hamilton said, there is an in interesting parallel going on in American society right now.

“It actually seems like there’s a much bigger kind of reckoning and confrontation with historical romanticism that’s happening in American culture,” he said, referencing the massive protests sparked by the killing of George Floyd and movements to take down Confederate statues and other racist symbols.

“One prominent example is the Washington Football Team,” formerly known as the Redskins, Hamilton said. “People have been telling them to change the name for years and their reasoning not to change has always been about tradition.”

Suddenly, the “tradition” defense is no longer effective, he said. That, and of course, the team’s sponsors threatened to withdraw support if the name was not changed.

Turning to nostalgia and music, Hamilton noted that new releases from several veteran artists have been very well received. Think of The Rolling Stones’ unintendedly prescient new single “Ghost Town” and Bob Dylan’s critically acclaimed album “Rough and Rowdy Ways.” And for another 1990s throwback, we have singer/songwriter Fiona Apple.

“Maybe the best-reviewed album of the year and probably most talked about was Fiona Apple’s album, ‘Fetch the Bolt Cutters,’” Hamilton said. “One of the things that people pointed out was that album really felt like it encapsulated the sort of feelings of anxiety and claustrophobia that everyone’s feeling under the quarantine. And, I think a lot of people have associations with her and that ’90s moment that we were talking about earlier.”

Hamilton says the simple reason pop culture induces nostalgia is because it’s just everywhere. “Some people manage to avoid it,” he said, “but I think for most of us, it’s something you’re exposed to on a daily basis.”

With pop culture taking such a commanding position in society, elements of it inevitably manage to become indelible in people’s memories. Returning to the ESPN “The Last Dance” documentary, Hamilton shared that he could not remember a time in his life when he did not know who Michael Jordan was. “I mean, he was maybe the most famous person on the planet!” he said. “So, I see images of those Bulls games and I’m just immediately thrust back to middle or high school.”

At UVA, There Is a Club for Everyone END_OF_DOCUMENT_TOKEN_TO_BE_REPLACED