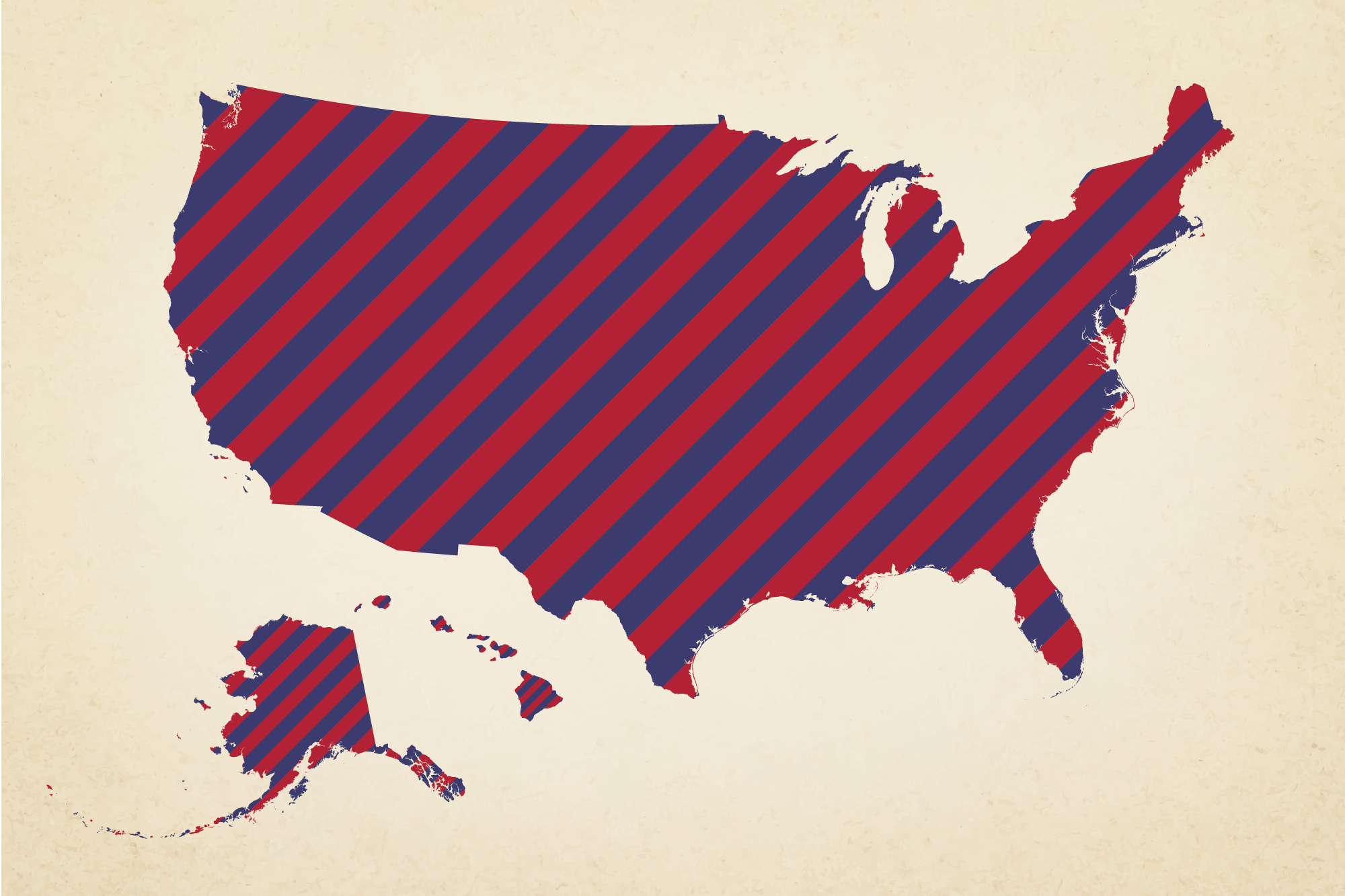 Editor’s Note: Guian McKee wrote this piece as part of the University of Virginia Democracy Initiative’s effort to provide context around the 2020 presidential election. Scholars from across the University are providing real-time analysis on this page tracking the 2020 election and its aftermath. (A full list of post-election analysis and programming at UVA is available here.) McKee is an associate professor of presidential studies at UVA’s Miller Center of Public Affairs, studying how federal policy plays out at the local level.

he “geographic sort” has redefined the red-blue divide.

Remember the 2000 electoral map, the result of the Bush-Gore clash that set the U.S. firmly on the path to its current bitter polarization? That map, which led to the popularization of the red-blue partisan coding itself, famously featured a solid swath of red through the old Confederacy and most of the Goldwaterite Mountain West (with the exception of New Mexico). Al Gore won the Northeast, the upper Midwest, and the West Coast.

This week’s election, whatever its final outcome, shows how much the red-blue breakdown has now changed, even as polarization has deepened. Rather than North-South and Rocky Mountains-Pacific Coast, our current divide is the product of the great “geographic sort”: the increasing tendency of Americans to live in communities dominated by their fellow partisans.

The tense ongoing contests over Georgia, Arizona and North Carolina are this year’s most glaring example of this change. Democrats have won large majorities in metro areas such as Atlanta, Phoenix, Charlotte and Raleigh-Durham. Republicans under President Donald Trump have maintained, or in some cases increased, their already large majorities in rural areas.

In South Carolina, U.S. Senate candidate Jaime Harrison, a Democrat, used the formula of Black voters of all education backgrounds plus white voters with a college degree to stage a credible if ultimately unsuccessful challenge to Republican incumbent Sen. Lindsey Graham.

Ohio and Texas represent cases where the sort is increasingly prominent as well, but where Republican rural strength remains dominant over the metros, at least for now. After a few hours of excitement on election night, those states reverted more or less to their 2016 outcomes.

This change has actually been underway for a number of election cycles. Virginia in 2000 was a solid red state. In 2020, its metro areas turned it blue for the fourth consecutive election. Even the small city of Lynchburg (home of Liberty University) went Democratic this year, for the first time since 1948. The metro-rural divide, it seems, is growing deeper.

The origins of this change can be traced back for decades. The New Deal modernized the South and Mountain West with rural electrification and other infrastructure projects. The Eisenhower administration brought interstate highways that solidified these once-isolated regions’ connections to the national economy. Governors such as Carl Sanders, Terry Sanford, Jimmy Carter and Bill Clinton deployed federal regional economic development programs to build research and industrial parks that attracted national corporations to rapidly growing metro areas. Universities took advantage of Cold War and Great Society funding to transform themselves from provincial colleges to world-class research institutions.

With such growth came people, and in particular, professional, educated people of diverse backgrounds, who now join other large Democratic voting blocks, including African Americans in the South and (with some exceptions) Latinos in much of the Mountain West.

Such change, though, has increasingly separated these metros, both culturally and economically, from their hinterlands, some of which now struggle to sustain viable communities. The mutual resentments that stem from this separation may be even more powerful for their relative proximity.

We should be clear: the geographic sort of metro-rural is changing our politics, and defining the actual nature of our polarization. If we hope to find a better politics in the aftermath of this horrible year of 2020, we must start by understanding the nature of our divisions.

It’s Copperhead Season in Virginia. Here Is What You Need to Know END_OF_DOCUMENT_TOKEN_TO_BE_REPLACED

What’s Next for UVA’s Class of 2022? END_OF_DOCUMENT_TOKEN_TO_BE_REPLACED