What Can You Learn About Leadership From Conducting a Symphony? 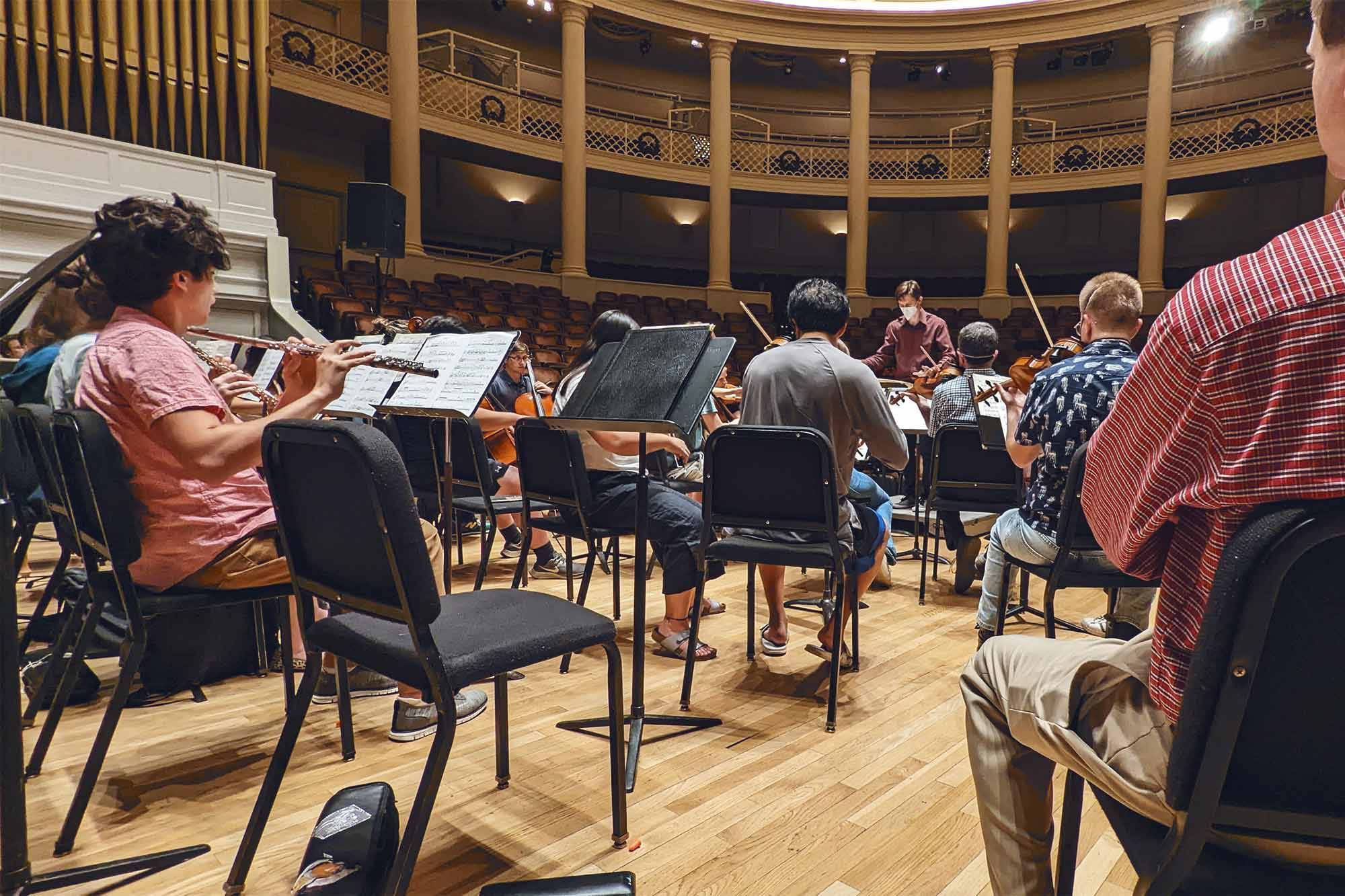 Dillon Foresman, at right with back to camera, sits with the woodwinds section of the Charlottesville Symphony to get a close-up view of how the musicians interact with the conductor. (Photo by Nick Skriloff)

In his program called “The Music Paradigm,” maestro Roger Nierenberg aims to help organizations improve their work by exposing their leaders and employees to the dynamic that exists between a conductor and orchestra musicians.

Years ago, a session of the Nierenberg program hosted by the University of Virginia’s Darden School of Business left a lasting impression on Nick Skriloff, director of digital solutions and integration at Darden. As his career progressed, Skriloff hoped to have a chance to share that kind of experience with his current colleagues.

Similar to the Nierenberg program, the Darden coworkers sat with the musicians during rehearsal to observe their interaction with Rous, so they could experience how the musicians responded to and worked with the conductor. Skriloff also had a chance to experience directing the group during one piece.

A few days later, Skriloff described the experience as worthy of “five stars.”

“In short, it is one thing to hear that the sum is greater than parts, and it is another to experience it,” he said.

The parallels between conducting an orchestra or symphony and leading a business or organizational team are well established. Skriloff, Rous and colleagues discussed a few of them before and after the guest session:

Technical parallels aside, there’s also something about sitting in the chair next to a violinist or standing before a large group of musicians, who are focusing on a single conductor, that offers additional clarity to the shared themes, said Skriloff and his colleagues, Betsy Larue, Scott Riddler and Dillon Foresman.

During the rehearsal, as Skriloff guest-conducted “Bacchanale” from “Samson and Delilah,” a listener could feel the pace of the performance gradually slow as Skriloff unintentionally drew down the tempo with the conductor’s baton. The musicians, with smiles on their faces, followed their leader in this case, slowing as he directed. 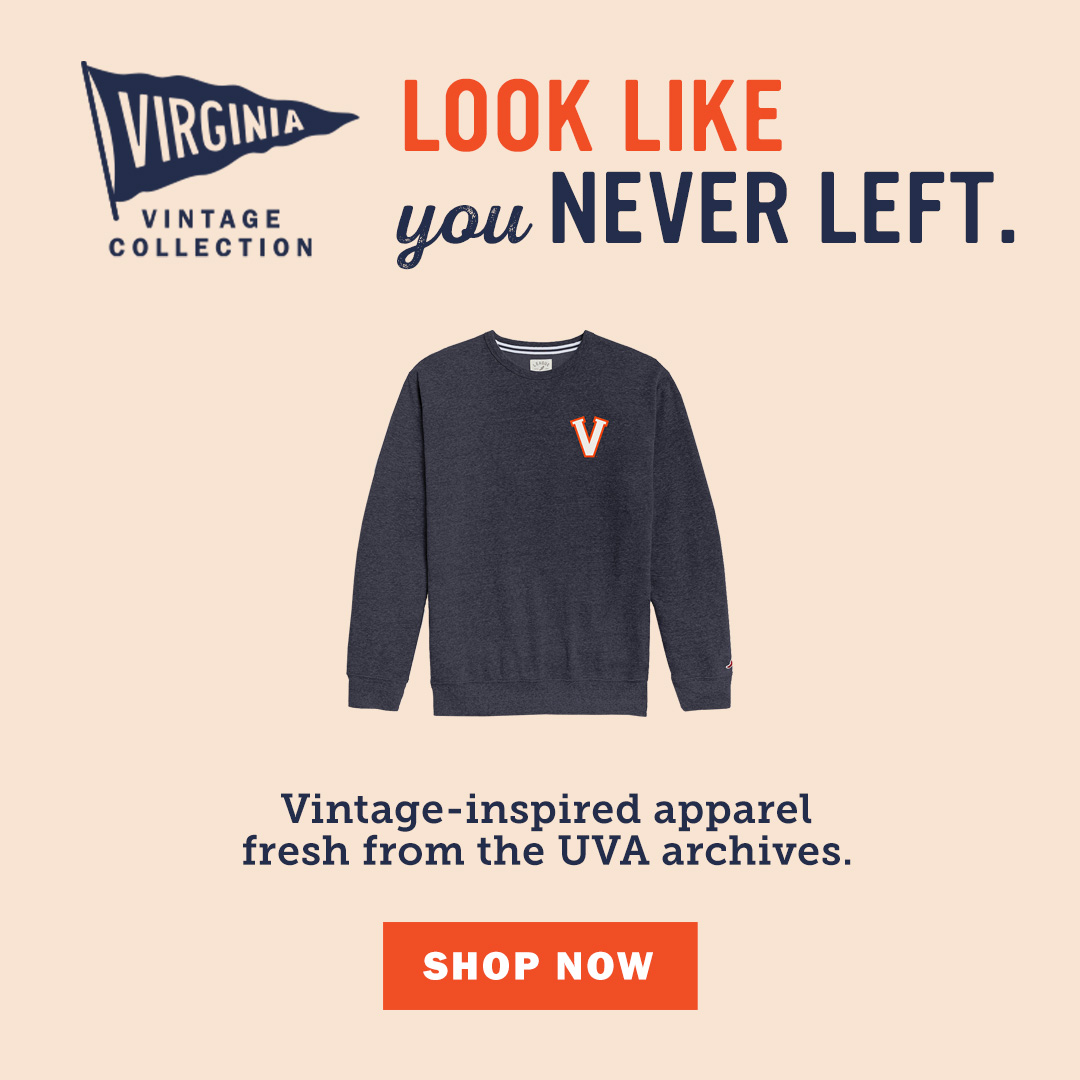 “When Nick was a conductor, it was interesting that the orchestra tried to follow him even though he was leading differently,” Riddler said. “[Rous] commented that they had a decision to make as to whether to follow a slower pace or the way they know was right.”

Foresman said his takeaway from that moment was that an effective leader can trust those he or she leads.

“They can correct themselves as long as they are aligned with the mission and care about it,” he said.

Larue said another insight from Rous was his recommendation to be attuned to how the conductor or leader provides feedback, depending on the context of the situation. For example, in a group rehearsal setting, Rous is more likely to address performance issues by referencing an instrument group or section of the music, rather than singling out a musician in front of all the performers. 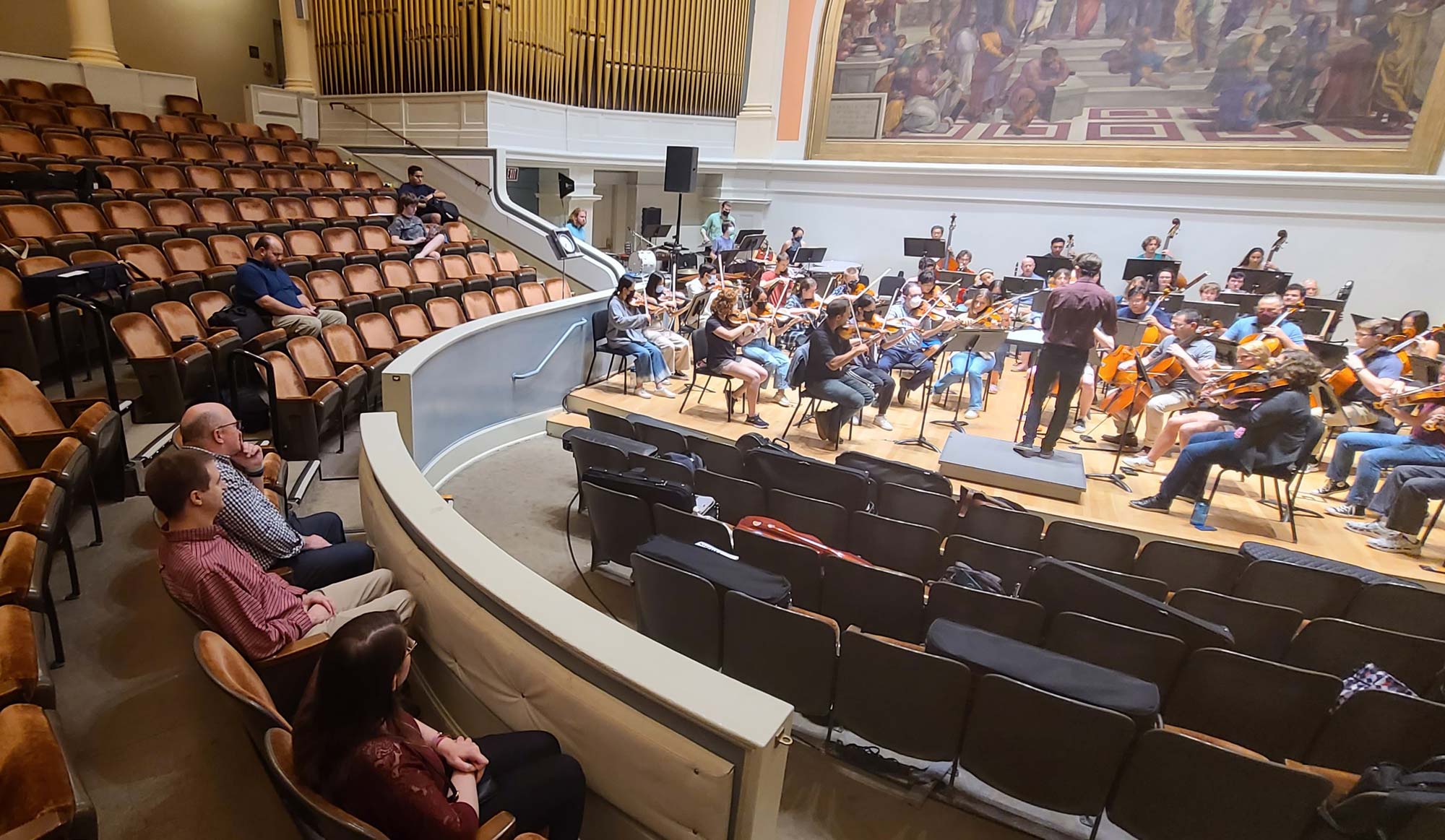 Darden staff colleagues Betsy Larue, Scott Riddler and Dillon Foresman are among those observing a recent rehearsal of the Charlottesville Symphony at the University of Virginia in Old Cabell Hall. (Photo by Nick Skriloff)

“This not only builds trust, but also leads others to feel empowered and helps the entire team (and orchestra) achieve/grow together,” she said.

Skriloff said his time leading the symphony was humbling and enjoyable.

“The conductor has to know the instruments, tempo, score and personalities of the orchestra – of which I was woefully lacking,” he said. “It was exhilarating to have the opportunity to experience the amalgamation of directing.”

Rous said he has often shared insights about conducting with others and taught its basics. But this was the first time he had focused so much on the perspective of business leadership.

“As musicians, so much of our communication is non-verbal, and I think that makes music a great test tube for exploring leadership styles,” he said. “This was a chance for me to think critically about what I do in rehearsals with the Charlottesville Symphony, and tease out what principles are universal rather than narrowly musical.

“When rehearsal began, it was really interesting to try to immediately practice what I had just preached,” Rous said. “Hopefully the experience has helped me improve as a musician.”

In Memoriam: Life of Drama Professor To Be Honored Sunday END_OF_DOCUMENT_TOKEN_TO_BE_REPLACED