What the Exit Polls Are Telling Us 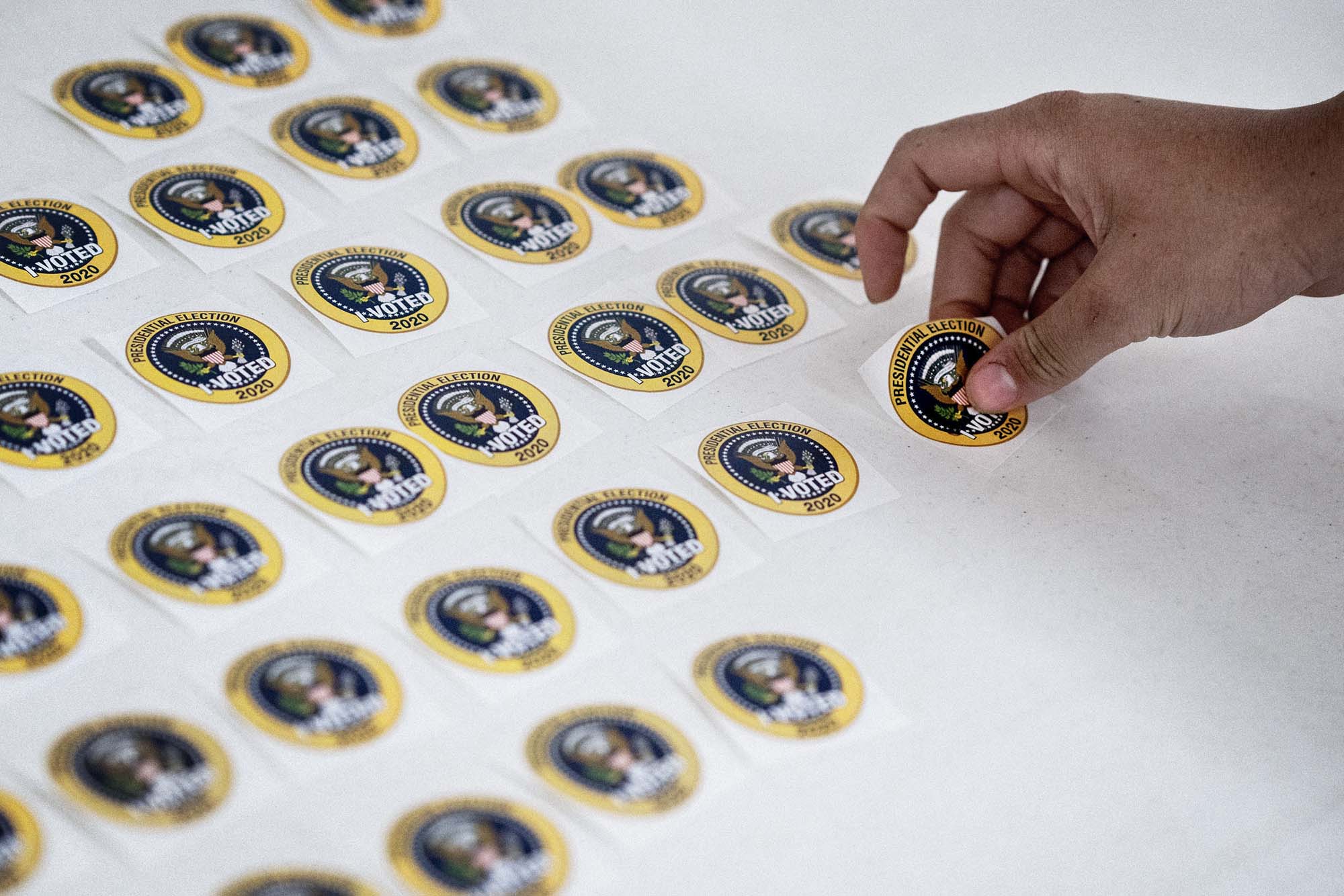 Editor’s Note: Jennifer Lawless and Paul Freedman wrote this piece as part of the University of Virginia Democracy Initiative’s effort to provide context around the 2020 presidential election. Scholars from across the University are providing real-time analysis on this page tracking the 2020 election and its aftermath. This post was published in two parts on Thursday and Friday. On Saturday morning, former Vice President Joe Biden was projected to win the election, becoming president-elect. Lawless is the Commonwealth Professor of Politics and chair of the Woodrow Wilson Department of Politics, as well as a senior fellow at UVA’s Miller Center. Freedman is an associate professor of politics and teaches courses in media, campaigns and elections, research methods, and the politics of food​.

In the immediate aftermath of a national election, exit polls offer the best glimpse of what the electorate looked like – who voted for whom and what seemed to drive their choices.

Traditionally, the exit polls have been a collaborative effort of a consortium of major media organizations, involving interviews with a representative sample of thousands of voters as they leave polling places across the nation. In this election, concerns about the pandemic helped drive an unprecedented number of Americans to vote early or by mail. By Nov. 3, more than 100 million Americans had already voted. To account for these voters, this year’s exit polls include data from telephone interviews with a representative sample of people who voted early or by mail. In all, the national exit poll includes interviews with 15,590 voters. It is important to note that these data will be updated, so the numbers below should be considered preliminary, reflecting the exit polls reported as of Nov. 4.

With all of that in mind, here are some “Exit Poll Nuggets” to help shed light on Election 2020.

Gender Gap: As has been the case since 1980, women were more likely than men to vote for the Democratic candidate: 56% of women, compared to 48% of men, supported Joe Biden. But the gap is significantly smaller than what we saw in 2016, when 54% of women, but only 41% of men, voted for Hillary Clinton. Notice that the gap closed not because of women, but because men supported Biden at higher rates than they did Clinton. The gap varied by race and ethnicity, though. Whereas white women were only slightly less likely to vote for Donald Trump (55%) than were white men (58%), the gender gap among Black voters was 11 points, and among Latinx voters, it was 9 points.

Party Loyalty: An essential truth of American politics is that Republicans vote for Republicans and Democrats vote for Democrats. This year was no different: Notwithstanding the presence of the Lincoln Project and other prominent Republicans who threw their support to Biden, party loyalty among voters was just as high as it always is in presidential elections: 94% of Democrats supported Biden and 93% of Republicans voted for Trump. Those numbers, if anything, represent a small uptick in partisan loyalty from 2016. Biden might plan to be a president for all Americans, but he wasn’t a candidate for them. Independents voted for Biden over Trump by 14 points (54% vs. 40%), a significant change from 2016, when independents favored Trump over Clinton (46% vs. 42%).

Race and Ethnicity: Consistent with recent presidential elections, a majority of white voters (57%) voted Republican in 2020. Although Black, Latino and Asian voters went disproportionately for Biden, Trump chipped away at Democratic support among all three groups. In 2020, 12% of Black voters cast ballots for Trump, up from 8% in 2016. Thirty-two percent of Latinx voters favored Trump, up from 28% in 2016. And Trump received votes from 31% of Asian voters this time around, up from 27% in 2016.

Education: Just as in 2016, we saw a pronounced education gap in vote choice. While college graduates voted for Biden over Trump by 13 points (55% vs. 42%), those without college degrees split their votes evenly (49% for Trump and 49% for Biden). College education, however, only really mattered for white voters. Among whites, 64% of those without a college degree voted for Trump. Yet 70% of non-white voters supported Biden, regardless of whether they had a college degree.

In part two of the post, Lawless and Freedman took a closer look at age, marriage and children, and gender and education among white voters.

Age: When it comes to age, the broad contours of the story look similar to 2016. Biden outperformed Trump among voters under the age of 45 (by a 15-point margin of 56% to 41%). Trump barely eked out a victory among voters ages 45 and older (50% vs. 49%). Even though Biden lost older voters – who comprised 60% of the electorate – he substantially chipped away at Trump’s 8-point margin in 2016. At the end of the day, though, race tells us more than age. Notice that Trump won every age group among White voters and Biden outperformed Trump among Black and Latinx voters of all ages. Notably, older Latinx voters (60-plus) were 10 points less likely to support Biden than younger voters (18-29), while older Black voters were most likely to cast a Biden ballot overall.

These differences are even more interesting when gender factors into the mix. White women with a college degree voted Democratic at roughly the same rate in 2016 (51%) and 2020 (49%). Those without a college degree were five points more likely to vote for the Democrat in 2020 (34% in 2016 vs. 39% in 2020). The differences among men are more striking: White men without college education were seven points more likely to vote for Biden (30%) than for Clinton (23%). That margin increases to 11 points for men with a college degree. Just 39% of college-educated men cast a ballot for Hillary Clinton in 2016, but 50% voted for Joe Biden in 2020.

Children: If marriage seems to have mattered in 2020, what difference did having children make? Not much, as it turns out. About a third of the electorate reports having a child under the age of 18 who lives with them. Fifty-one percent of them cast a vote for Biden, compared to 49% of voters without children at home (many of whom, of course, are older with grown children). In fact, the only noticeable difference that presence of children seemed to make was among men: 51% of men with children voted for Biden, versus only 46% of men without children.