What the Numbers Say About 25 Years of UVA Graduates 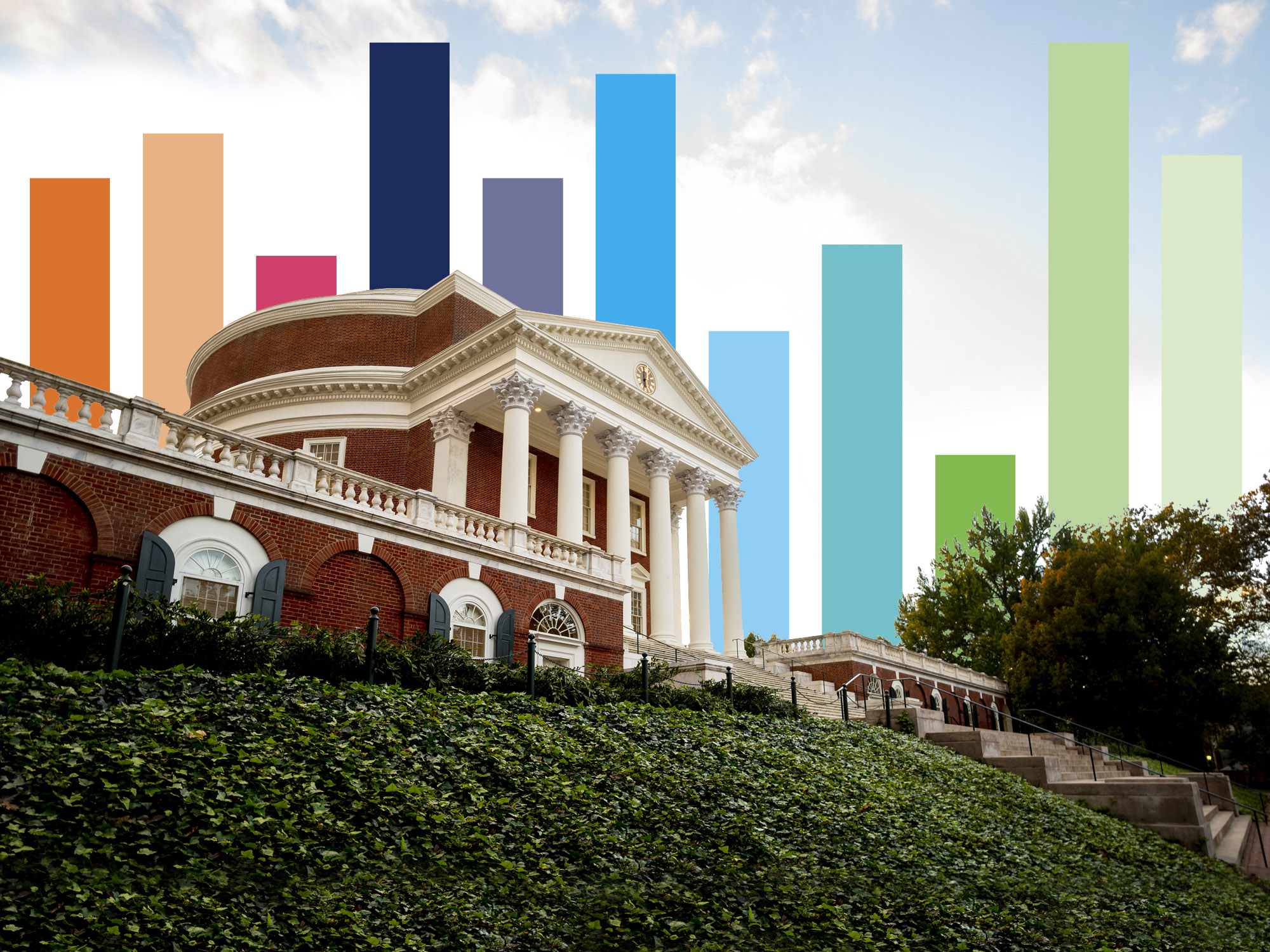 What the Numbers Say About 25 Years of UVA Graduates

During Final Exercises this weekend, the University of Virginia will award more than 7,000 degrees across its 11 schools, continuing a steady climb in the number of degrees awarded annually and, more broadly, the number of students from Virginia and around the world who have found life-changing opportunity at UVA.

The data reveal more than the obvious – that UVA prepares more students than ever for in-demand jobs and lives of service to others. The numbers reflect the University’s continuing evolution in how students learn: the growth of interdisciplinary majors, the rise of new programs and areas of study, and the constant draw of a liberal arts education, through which UVA students are introduced to and captivated by a huge and ever-changing variety of subjects.

The above chart breaks down those degrees by school and type over the past 25 years, including bachelor’s, master’s, doctoral and pre-professional degrees, as well as preliminary numbers from the Class of 2019. “Provost Graduate” refers to students earning a Master of Data Science degree from UVA’s Data Science Institute. The data is drawn from UVA’s Office of Institutional Assessment and Studies.

Students are counted only once within any particular degree level. Ph.D. students in architecture, basic medical sciences, education and nursing, as well as master’s students in basic medical sciences and commerce, are counted with the appropriate school even though, for some schools and some years, those students registered through the College of Arts & Sciences. Use the drop-down menu on the chart to take a closer look at individual schools and areas of study.

Below, we dive even deeper.

Crossing Paths A surge of new and interdisciplinary programs 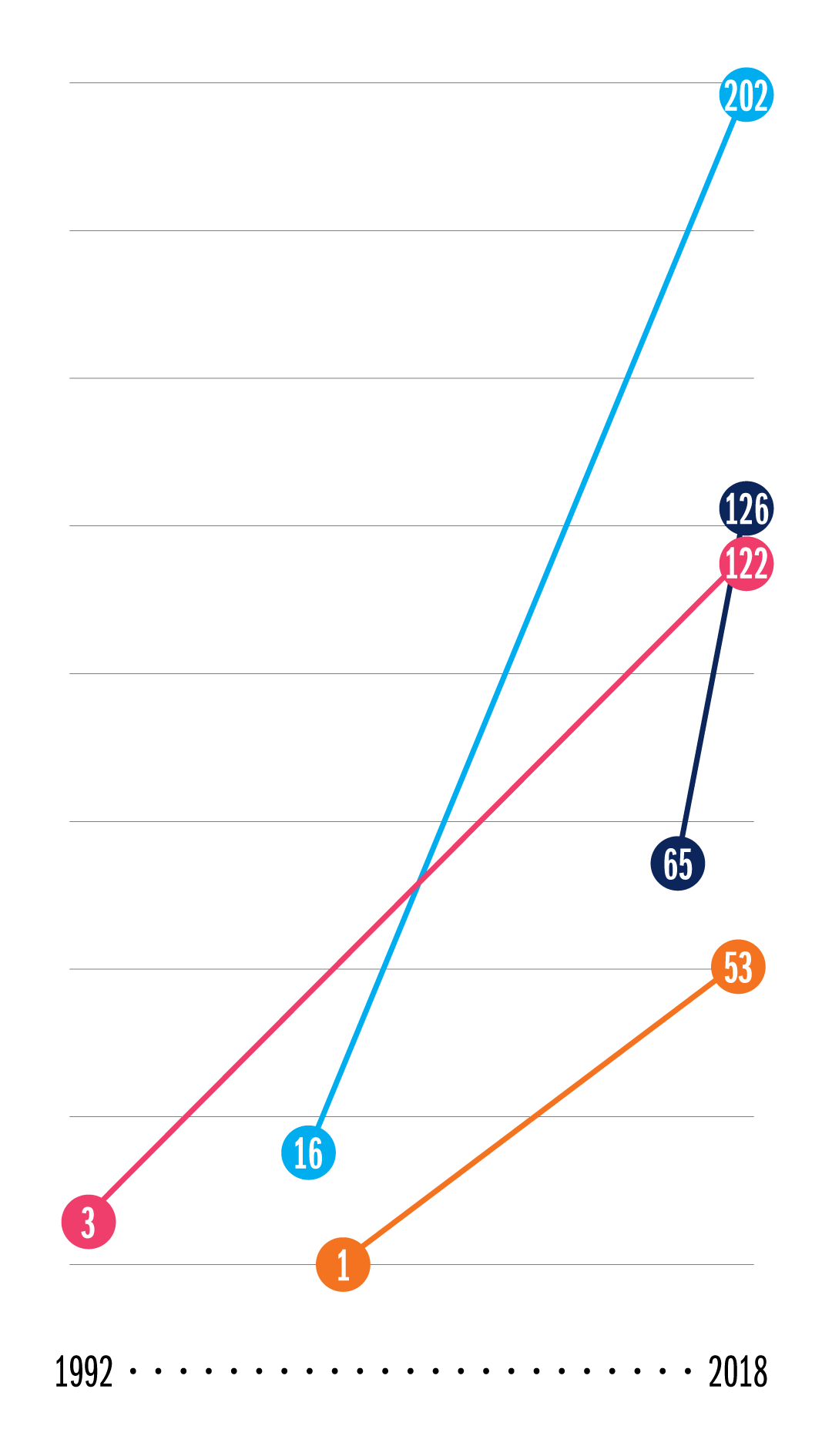 For example, the Department of Media Studies began in 2000 as an interdisciplinary major and quickly grew into a department focused on the forms, ethics and effects of media. Students can learn about many different types of media and how media influences other fields; more importantly, they hone the critical thinking skills necessary to thrive in an ever-changing media environment.

“When media studies became a department in 2007, we realized immediately that students saw a future in the field,” said Robertson Professor of Modern Media Studies Siva Vaidhyanathan, who also directs UVA’s Center for Media and Citizenship. “We were flooded by student demand for our courses, and that pressure has only increased in the dozen years since.”

Vaidhyanathan attributed part of that appeal to the interdisciplinary nature of the curriculum, which gives students insight into a wide variety of fields.

“Not only does our curriculum speak to the major changes and issues facing journalism, film, television, radio and digital technology, it speaks to the big issues of the age,” he said. “Students come to us because they wonder about the future of democracy, creativity, commerce and society. To understand media is to understand the world.”

“I think our students recognize the importance of combining technical skill with the broad thinking of a strong liberal arts education,” Vice Provost for Academic Affairs Archie Holmes Jr. said. “They see that value in interdisciplinary programs and projects.” 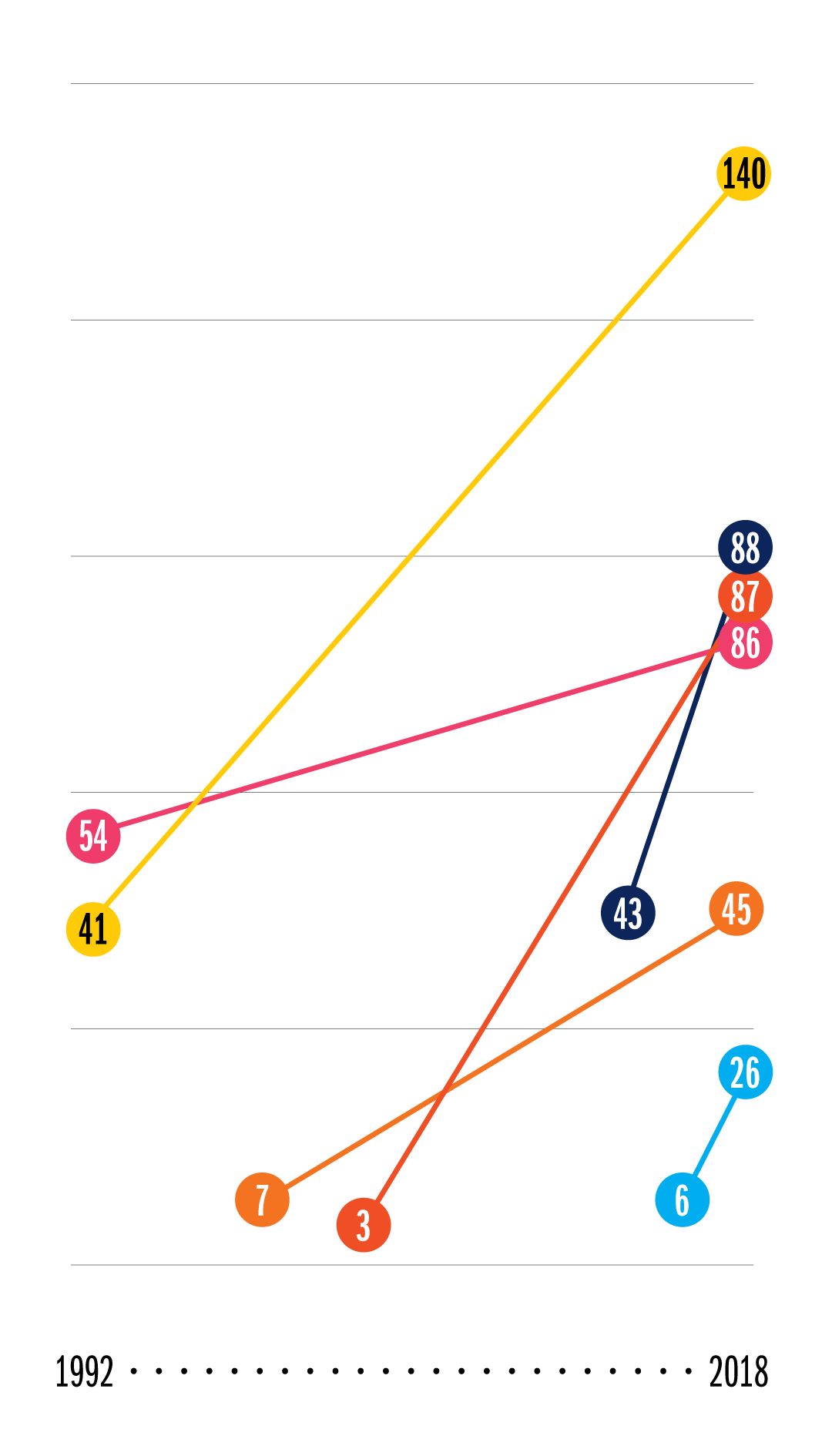 Some of the data reflects larger national and international trends in different industries. For example, subjects like computer science or biomedical engineering have attracted more and more students as technology in those industries advances at a mind-boggling pace. Programs that allow students to explore social change, progress and public policy also seem to generate a lot of interest.

“Our students are socially conscious,” Holmes said. “They want to be well-prepared for a career, but they also want to make sure they are prepared to make the world a better place.”

Everette Fortner, UVA’s associate vice president for career and professional development, said the UVA Career Center has seen increasing interest in technology careers across all majors, from engineering to liberal arts to business, as well as growing interest in socially conscious careers or careers that emphasize sustainability.

“The growing interest in both these career areas probably reflects a Generation Z effect – this generation wants stability in careers and purpose in their work. They’ve watched their parents and families have less stability and want something different for themselves,” he said, noting that current students grew up during the most recent recession.

“They see technology as growing and stable. They see socially conscious careers as a way to counter the environment in which they are living now and show a heightened awareness and sense of responsibility for social issues. UVA students particularly want careers that will allow them to have an impact at a strategic level.”

A number of different areas across the University serve these interests, including UVA’s two newest schools: the Frank Batten School of Leadership and Public Policy, established in 2007, and the planned School of Data Science, which was announced in January and is still in the design phase. The latter will focus both on the technical aspects of data science and the ethical, privacy and regulatory concerns that attend the rapidly growing field.

Already, new programs focused on emerging technology or social impact have proven popular. As just one example, the youth and social innovation major in the Curry School of Education and Human Development was established in 2014 and has grown quickly over the past five years. It is designed for students interested in working with or on behalf of youth through education, child welfare services, community organizations, public policy and more. 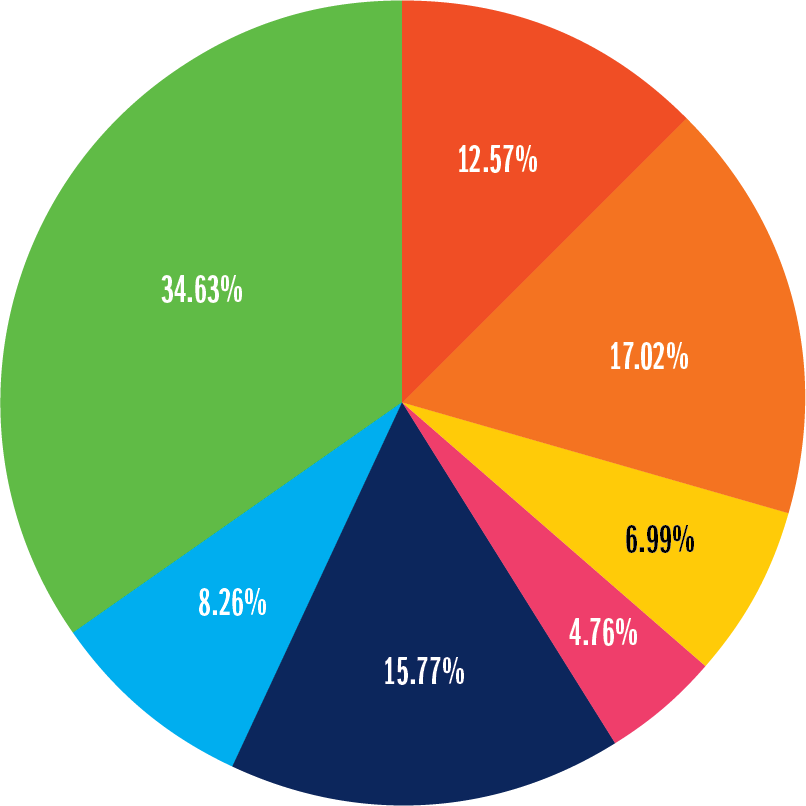 Breaking It Down Sustained interest in liberal arts degrees

Perhaps the most interesting and encouraging thing the degree data shows is the breadth and balance of student interests. UVA students pursue courses in an impressively wide variety of disciplines, as shown in this chart using data from the 2018-19 Common Data set, based on degress conferred in 2017-18. The Common Data set is a national initiative collecting information from U.S. colleges and universities as well as publishers represented by the College Board, Peterson’s and U.S. News & World Report. The terms and definitions reflect those used by the U.S. Department of Education in its higher education surveys.

It reveals that UVA degrees conferred by discipline areas are not dominated by any one field. Rather, liberal arts subjects occupy a significant chunk (17 percent), while “other” is used here to collect a number of smaller percentages encompassing everything from environmental sciences to foreign languages. Business, the social sciences, psychology, life sciences and engineering all generate significant interest as well.

Holmes, who is also a professor of electrical and computer engineering, said a strong grounding in a variety of disciplines is essential to what UVA offers its students.

“Speaking for myself, I am a better engineer because I took many humanities and social science classes as part of my undergraduate degree,” he said. “A liberal arts education helps students develop excellent communication and critical thinking skills and offers a broad foundation that strengthens everything students do afterward.”