What Will It Really Take to Bring Peace to the Korean Peninsula? 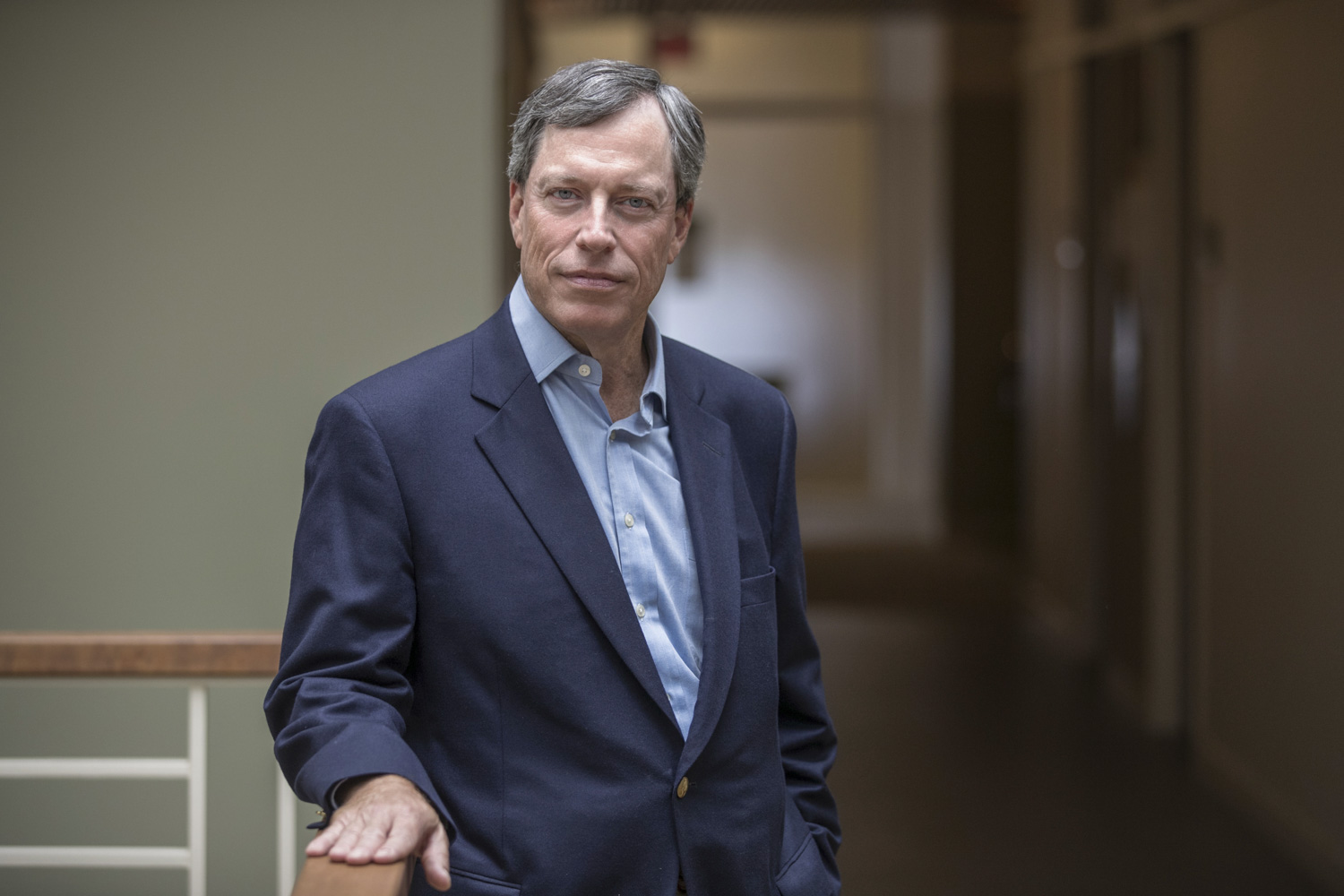 Since coming to UVA in 1998, career diplomat Philip Zelikow has taken two leaves of absence: to serve as a deputy to Secretary of State Condoleezza Rice, and to direct the 9/11 Commission. (Photo by Dan Addison, University Communications)

North Korea poses one of the world's trickiest diplomatic puzzles, and focusing solely on denuclearization won't solve it, according to a State Department veteran and University of Virginia faculty member who recently visited the Korean peninsula.

History professor and former State Department official Philip Zelikow was in South Korea last week to participate in discussions with government officials, diplomats and scholars about ongoing negotiations between North and South Korea and the United States.

Zelikow, who directed UVA’s Miller Center from 1998 to 2005 and now serves as the White Burkett Miller Professor of History, has plenty of firsthand experience to draw on.

He served as a deputy to Secretary of State Condoleezza Rice from 2005 to 2007 and during that time participated in the six-party negotiations between the Koreas, the U.S., China, Japan and Russia. Those talks, which hoped to denuclearize North Korea, collapsed in 2008 after North Korea refused to comply with inspections.

Prior to his work with Rice, Zelikow served on President George H.W. Bush’s National Security Council, where he played a key role in the reunification of East and West Germany. He was also the executive director of the 9/11 Commission, created by President George W. Bush to assess responses to the terrorist attacks, and was a member of the President’s Intelligence Advisory Board under presidents George W. Bush and Barack Obama.

Last week, Zelikow spoke at the Jeju Forum for Peace and Prosperity, which brought together hundreds of government officials, diplomats and scholars to discuss diplomacy in East Asia. He specifically addressed strategies for creating a “peace regime” on the Korean peninsula – a term being used in current negotiations to connote a more productive, stable relationship between the North and South. He also outlined those strategies in an essay published Monday in Foreign Affairs.

We caught up with him when he returned to get his take on the ongoing negotiations.

Q. What have you learned from negotiating with North Korea in the past?

A. I have been working a long time, in and out of government, on developing a peace process in Korea. One key problem we found was that heavily emphasizing denuclearization stalemates diplomacy. That problem will be even worse this time, because North Korea’s nuclear and missile program is much more elaborate now than it was during the six-party talks I participated in. The technical process of trying to wind down that effort could take at least 10 years, and there many technicalities that could derail negotiations.

That is why we need to broaden negotiations. Concentrating only on the technical specifics of denuclearization is like putting all of your traffic on a one-lane country road with a toll gate. Progress on other issues – some of which could be worked out regardless of denuclearization – could completely stall. Instead, I believe we need a parallel process – a multi-lane highway, if you will – addressing the bigger political issues that help explain why North Korea has a nuclear program to begin with.

Q. What are some of those issues?

A. The nuclear program is a symptom of a very dangerous political environment of unresolved conflict between North and South Korea. Right now, the two countries do not legally recognize the other’s existence. They do not have an official border, they do not have embassies to use as negotiation channels – in other words, they do not have the basics in place for a peaceful relationship. If you start with those, you might be able to make some progress.

Q. What other strategies are you suggesting?

A. The first challenge is to design a diplomatic strategy that is an alternative to the dominant concentration on denuclearization and would allow political, security, economic and human rights issues to be brought to the table without preconditions. It will take a while to achieve results on any of those tracks, but they could at least make a start.

I also believe we should design a diplomatic strategy that helps the Korean people feel engaged. My sense from visiting South Korea is that South Koreans are extremely interested in the peace process, perhaps even more so than denuclearization. They have felt the firsthand effects of this stalemate for so long. Focusing more on issues that the Korean people care deeply about and can understand, rather than the technical issues of denuclearization, could create enormous political forces in both of the Koreas. Though the effects of that are hard to calculate now, it could transform the peninsula in a really positive way.

Q. What role does the U.S. have to play?

A. Both the U.S. and China were signatories on the original armistice in the Korean War, which is still in place today. If there is a peace treaty to replace that armistice, both countries would probably be a part of the ratification process.

The U.S. also has a significant role to play in denuclearization, because South Korea does not have the knowledge of nuclear weapons that America can bring to the table. Beyond that, however, I believe dialogue on political, economic, humanitarian and other kinds of security issues should be centered on talks between the two Koreas. It is in the American interest that the Koreas be at the center of negotiations, not the U.S.

Q. What role could China play?

A. The Chinese are currently ambivalent about what role they want to play. In my discussions last week, I met with a Chinese official who works on North Korean diplomacy. He said China wanted to be part of any negotiations of a peace regime. However, China has not made any concrete moves to get involved in that diplomatic process. So, their role remains to be seen.

Q. Is reunification a realistic possibility?

A. Not in the immediate future. However, as someone who was involved in the diplomatic efforts to unify Germany, which unfolded in a way no one foresaw, I have learned to be humble about predicting the future.

When Less Is More: How Harnessing the Power of Subtraction Can Add to Life END_OF_DOCUMENT_TOKEN_TO_BE_REPLACED