When Life Imitates Art: UVA Alumna’s Story About a Pandemic Made Into a New Film 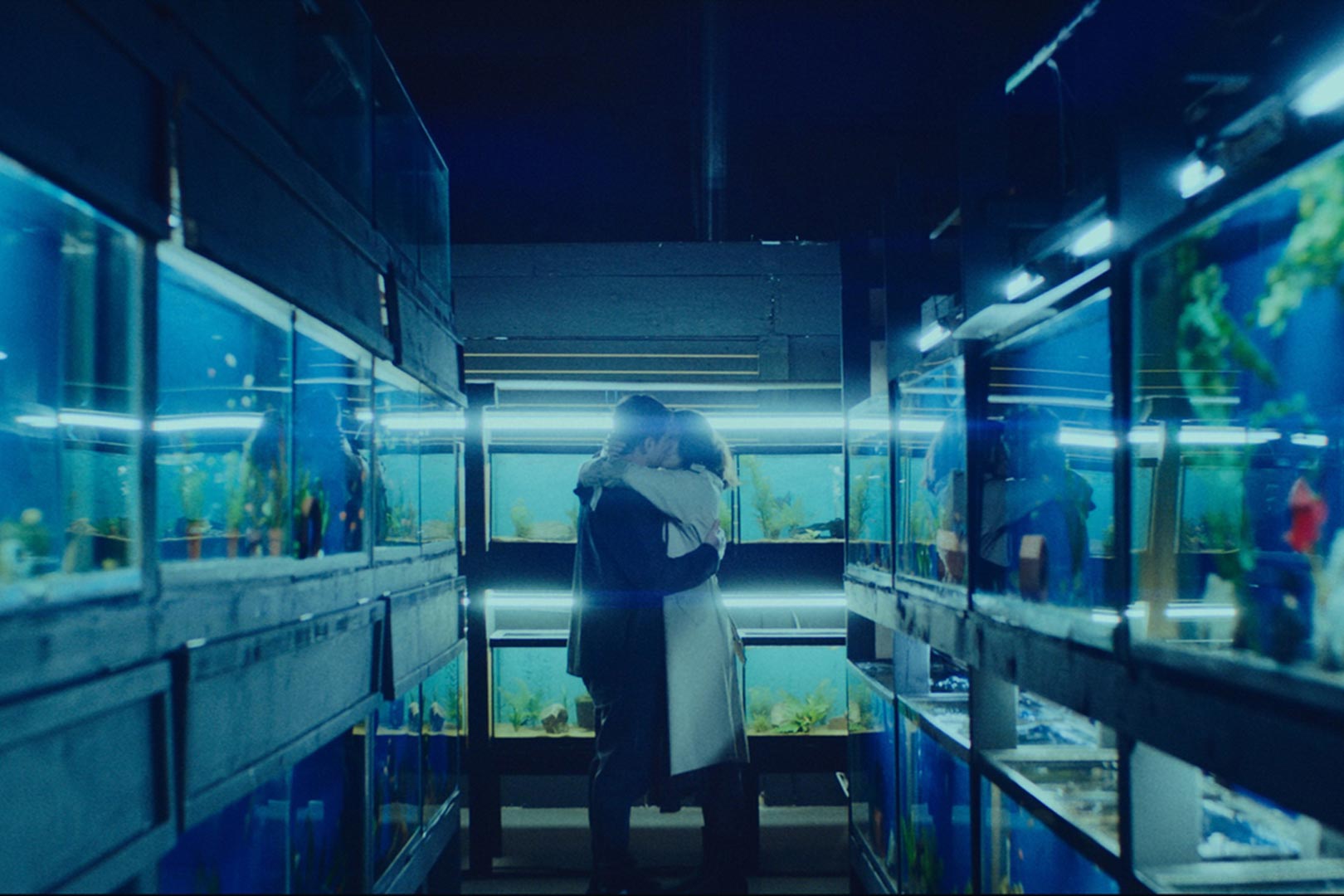 A film, “Little Fish,” based on University of Virginia alumna Aja Gabel’s short story about a mysterious illness causing a worldwide epidemic, was supposed to premiere in April 2020 at the Tribeca Film Festival.

The event was postponed, ironically, due to the real-life pandemic of COVID-19.

Now, almost a year later, with the coronavirus still raging, IFC Films will release the movie on demand and in theaters on Feb. 5.

Gabel’s story, adapted and expanded by screenwriter Mattson Tomlin, focuses on a young couple’s experiences in the near future as a previously unknown disease that wipes out people’s memories, dubbed “neuroinflammatory affliction,” spreads across the U.S. and the world. Directed by Chad Hartigan, it stars Olivia Cooke and Jack O’Connell.

A 2009 M.F.A. graduate of UVA’s Creative Writing Program, Gabel wrote the story almost a decade ago and published it in Phoebe, a literary journal based at George Mason University, where it won a 2011 fiction contest. She published her first novel, “The Ensemble,” in 2018.

UVA Today reached out to Gabel, who currently lives in Los Angeles, about writing the story, the movie production and her time on Grounds.

Q. When did you actually write “Little Fish”?

A. I wrote it not long before it was published. I finished it in the spring of 2011. It was one of the very first stories I wrote during my Ph.D. at the University of Houston, and one of the few stories I can remember actually writing drafts of – like I remember where I was sitting and what the day was like each time I sat down to work on the story.

I think the memories of writing the story are so strong for me because I knew it was something unlike what I usually wrote, and something really special and raw for me. It’s the kind of thing that when it happens to you as a writer, you try to preserve the feeling for as long as possible. In some way, it taught me how to write like that from then on – how to write something different without being afraid.

Q. What inspired the story?

A. I was in a class on apocalyptic fiction with the writer and teacher Mat Johnson, and it was an assignment. I’d long been into apocalyptic films, but hadn’t translated that love into literature yet. Mat exposed us to a whole slew of different kinds of apocalyptic fiction and discussed with us how the tropes and concerns of the genre worked on different levels.

I’d particularly loved the book “Blindness,” by José Saramago, and had that in mind while writing, as well as the film “Children of Men.”

I wondered what would happen to romantic love if those things – shared memory, nostalgia – were wiped away. What, then, is the nature of love? Would it be worth it to be in love anyway, knowing that eventually it would all come to mean nothing to you? Of course, my personal answer is “yes.” I think it is for the characters, too.

Q. How did the film come about? Did you have anything to do with the script?

A. When I sold my first novel, my agent and I also sent out my stories. At the time, “Arrival” was about to come out, and I think there was an appetite for emotional sci-fi [science fiction] stories to adapt into films.

I didn’t have much to do with the script, but part of selecting the production company we did was an early conversation with the screenwriter, Mattson Tomlin [also one of the producers]. I loved the way he thought about story. And he spoke to me like a real writer, not like someone he wanted something from, which had happened on other calls.

Mattson has become a friend to me since, and of course, now he’s a legitimately well-known screenwriter. I feel very lucky that he was the one to adapt this. I think in adaptation, it’s important that the author and the screenwriter be on the same page, but I’m not totally sure a close collaboration on the script is necessary or good for the material. Mattson did the work of imagining beyond the imagination I did on the page, and that comes entirely from him, as it should.

Q. Did you get to spend any time on the set?

A. I went once for a couple days in 2019. I mostly tried to blend into the background since film sets were so foreign to me, and I didn’t want to disturb anyone’s process. But it was truly fascinating, watching Chad Hartigan direct Olivia Cooke and Jack O’Connell in the work of communicating something deeply emotional and personal. 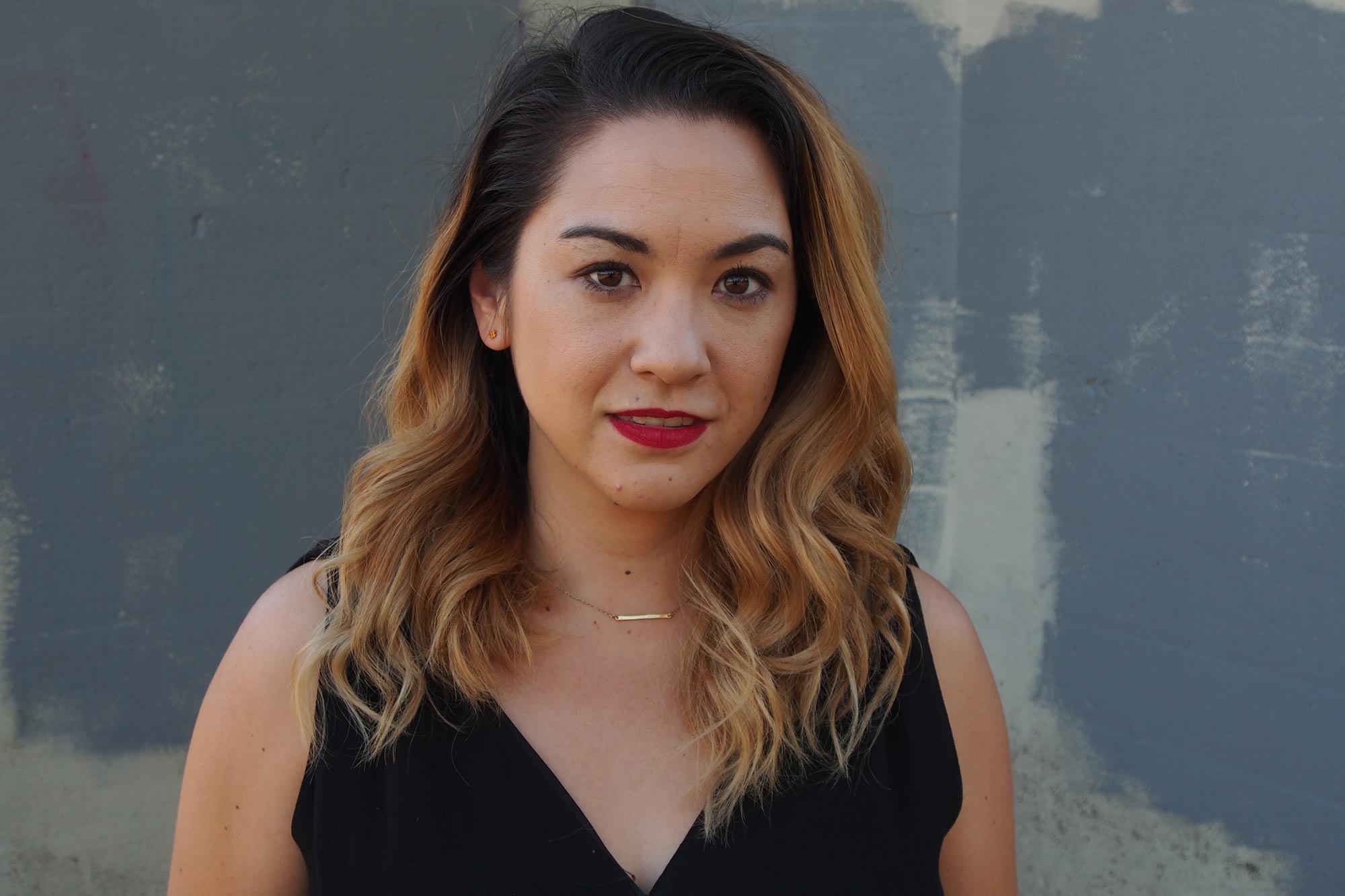 Even in those short 48 hours, I learned so much about what goes into making a film, the medium of visual language, the truly collaborative work it all is. I think it’s important to note that everyone who worked on this film, from the producers to the hair and makeup team, seemed to be the nicest, most genuine, fun people. I know that’s not always the case with film sets, but I heard that over and over again about this one, and I think it’s really worth something.

Q. What has it been like for you living during this pandemic? How have you been feeling, especially in light of your story?

A. In the beginning, it was interesting to see things that I’d tried to imagine with the story come to happen: empty streets, grounded flights, that sort of thing. But there have also been so many things, including events particular to our political moment, that I hadn’t imagined in the story. I’d focused on one couple’s emotional reality, a single moment of loss, but seeing the sheer magnitude of loss during the pandemic has been eye-opening and heartbreaking.

I don’t know that the story was really prescient, except that it ended up reflecting some portion of the loss all of us have felt in one way or another this past year. I hope watching the beautiful adaptation will be cathartic for some.

Q. How was your experience in UVA’s M.F.A. program?

A. My M.F.A. was a truly formative experience for me.

The UVA M.F.A. program was where I was first given permission to think of myself as a writer, and that’s invaluable. It was where I first found a community of like-minded writers, too. You know, when you’re a very young writer, you maybe think of yourself as a fraud or a weirdo. But when I got to Charlottesville and met my cohort, I realized I wasn’t alone. Here were all my fellow weirdos in one place!

Chris Tilghman was my first teacher at UVA, and he was, and has continued to be, a champion of my work and excellent teacher. Anyone who studies with him is lucky.

And of course, I learned so much by simply being in Deborah Eisenberg’s presence. [Eisenberg taught at UVA from 1994 to 2011.]

Q. Tell us about your debut novel. What is it about?

A. “The Ensemble” came out in 2018 and is about a string quartet. It covers the bulk of their early and middle career, starting when they’re in music school and going about 15 years beyond that. It’s about a lot of things – friendship, family, art – but I like to describe it as a love story. It’s about how to make a life with people you love, and how to make art with people you sometimes fall out of love with. I hope it’s not just for musicians and music lovers, but anyone who has ever felt passion for a friend, a lover, an ex-lover.

Q. Are you currently writing?

I am always writing! I’m working on trying to finish my second book now, which I can’t say anything about mostly because I’m superstitious.

Q. Where did you grow up, and when did you know you wanted to be a writer?

A. I grew up in Santa Rosa, California, but left for the East Coast for college and haven’t lived in Northern California since. I live in L.A. now, and it’s the first time I’ve lived back in California since I was 18.

I don’t remember knowing specifically “I want to be a writer.” I just always wrote. Since I could physically write in a notebook, I’ve written. I wrote novels when I was 12 on our first word processor. I loved reading, and writing was how I survived things. For me, there never seemed to be any other way.

Of course, I made a living with jobs that were not writing: I worked at ad agencies, at the National Endowment for the Arts, as a server in a restaurant, as a writing teacher. So I didn’t always know if I could make a living writing (and I still don’t!), but I knew that I always had to write.