Whose College Football Picks Are the Most Accurate? This New Site Can Tell You. 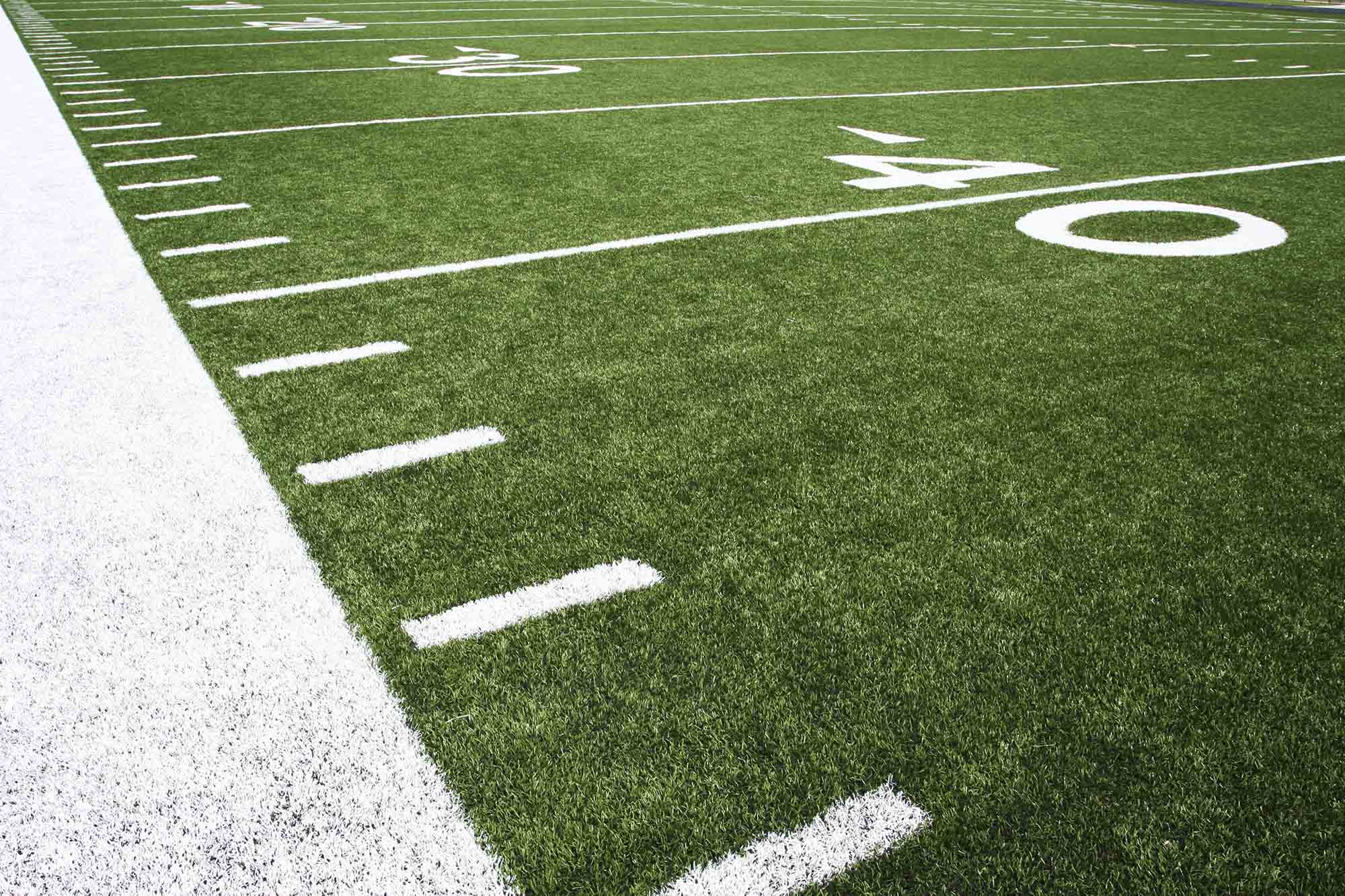 There are many unusual things about the 2020 version of college football – delayed, played in the midst of a global pandemic, with only scant fan presence – but some things never change. Recently, fans and pundits alike have turned their attention to a favorite sports pastime – making predictions.

Everyone, of course, thinks their prediction is the best one. But a new website, launched this week by several University of Virginia Darden School of Business graduates, actually puts some credibility behind that claim. Its algorithm sorts through years of predictions from college and NFL football analysts – often known as “sharps” – verifying picks and accounting for multiple metrics like accuracy, longevity and consistency to rank sharps, much like Morningstar does for investment funds.

The site, called SharpRank, was founded by 2020 Darden MBA graduates Josh Cortez, Chris Adams and James Olsen, along with their colleague and friends, Kenny Winsor and Alan Kines.

“I’ve known Chris since high school, and one day we were talking on the phone while I was driving home from the beach,” Kines recalled. “We kept hearing sharps picking football games on the radio, and thought it was funny that everyone seemed to be the expert, but there was no real ranking system or formula to give consumers any confidence that these ‘sharps’ were being honest, that their picks were better than anyone else’s.” 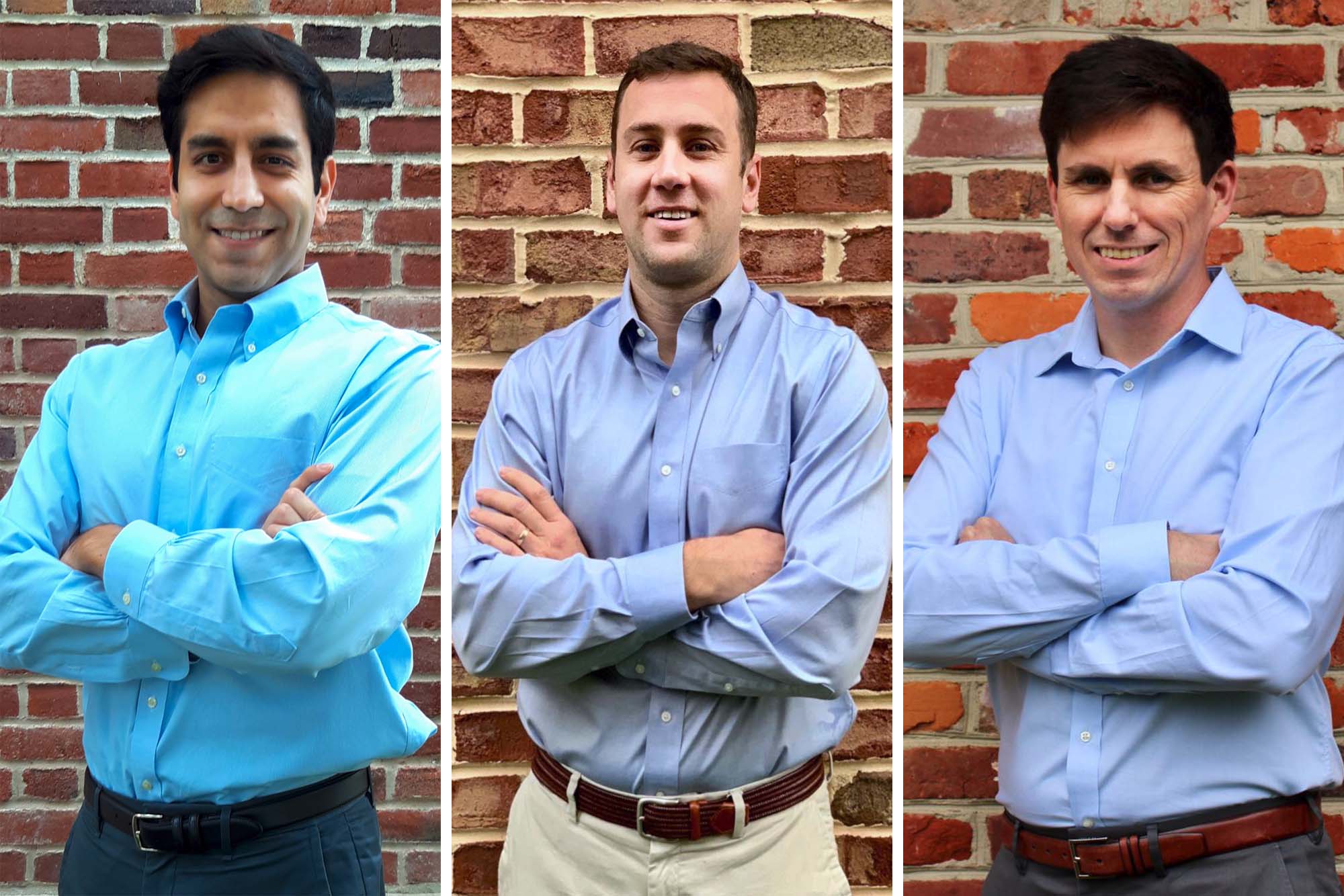 As the team began to crunch numbers, they found that very few sharps achieved a 60% accuracy rate, or even an 55% or 50% rate. However, they quickly noticed that some sharps were particularly good – with accuracy rates well above average – at predicting certain teams, or games within certain conferences or areas.

Adams, Cortez and Olsen had spent a lot of time studying connections between data analysis and business at Darden, and they also knew how to identify a good opportunity when they saw it.

“One Darden professor had this saying, that ‘when everyone is rushing to a gold rush, don’t go digging for gold, but sell the shovels,’” said Cortez, a Texas native and big football fan. “Football, and sports in general, is a broad and growing industry, and we wanted to stake out a section of that ecosystem and really provide some clarity and value to fans.”

Upon entering SharpRank’s site, fans can either go straight to a leaderboard of high-performing sharps, or find their favorite team and see the week’s picks. They can also find data insights that show a sharp’s abilities with respect to a certain team. 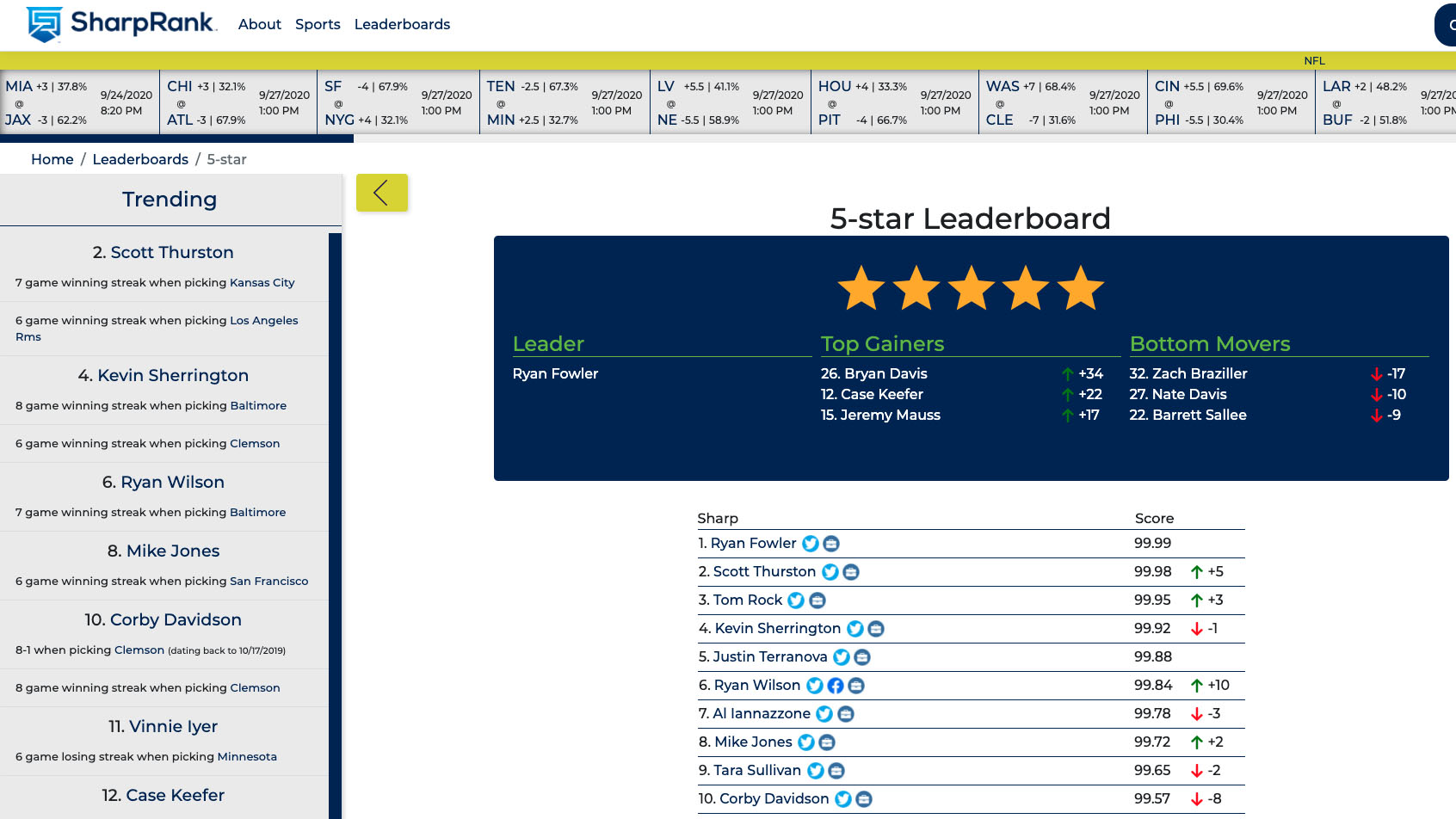 For UVA’s season-opener against Duke this weekend, for example, you can see some picks here as kickoff gets closer. Picks are often added the day before the game or in the hours leading up to kickoff.

The site, which has a limited free option and more extensive options for subscribers, is intended to provide clarity, insight and fun for both dedicated and casual fans. It’s not a gambling site, but instead is structured more like the Madden NFL Player Rankings. Instead of tracking the best players in the game, SharpRank tracks and ranks experts at making picks.

It also works for multiple sports. The founders plan to expand to college basketball once that season arrives, and the site can include analysts from a wide range of other sports. Because the rankings system is normalized, fans can compare a sharp who focuses on college football to one who focuses on college basketball, a feature that has previously been unavailable among sports analysis sites.

“We are already logging picks for other sports, and of course we are really excited about, hopefully, a great college basketball season,” Adams said.

Like any team this season, the Darden grads and their colleagues have dealt with a good bit of uncertainty, including delays in college football seasons, rapidly changing schedules and questions about if and how it is safe to play. All of those questions influenced their site launch, as they worked to time it with the start of the season, and have enough picks available to provide meaty analysis. “We were aiming for the original start date of the college football season in August, of course, but that all changed when COVID hit,” Cortez said. “There has been a lot of change, but it has been a good opportunity to think on our feet and be agile.

“We saw opportunity in this unprecedented time. With the entire engine of sports, college and professional, shutting down, we capitalized on that unexpected time to build our algorithm and company. When the engine of sports roared back to life last month, we were just part of it.”

As so much around them shifted, the team members relied on each other, and on their different skills and backgrounds, from Adams’ and Kines’ experience in investment banking and finance to Cortez’s marketing expertise and even Olsen’s strategic decision-making experience as a Navy fighter pilot. They also added a diverse and accomplished board of directors to assist in shaping the site’s vision and strategic positioning, and have hired two interns.

“At Darden, we always talked about the importance of not only sharpening your own skills, but finding people who complement your skills and bring different things to the table,” Adams said. “That’s something our team does very well. Each of us understands we cannot be good at everything, so we have a broad spectrum of experiences, from finance to the military, and I think that has added some depth to our team and to the site, as we educate each other about different things.”

The three Darden grads have also appreciated the opportunity to continue the camaraderie they felt on Grounds, especially after they missed out on several weeks of in-person experiences in the spring, not to mention graduation.

“Not being able to come back for those last weeks, or for graduation, was hugely disappointing to our class, and it felt like we left everything in limbo,” Cortez said. “Having this opportunity to come together with some of my classmates, collaborate and maintain those relationships while working on something that we are all excited about has really been a bright spot.”