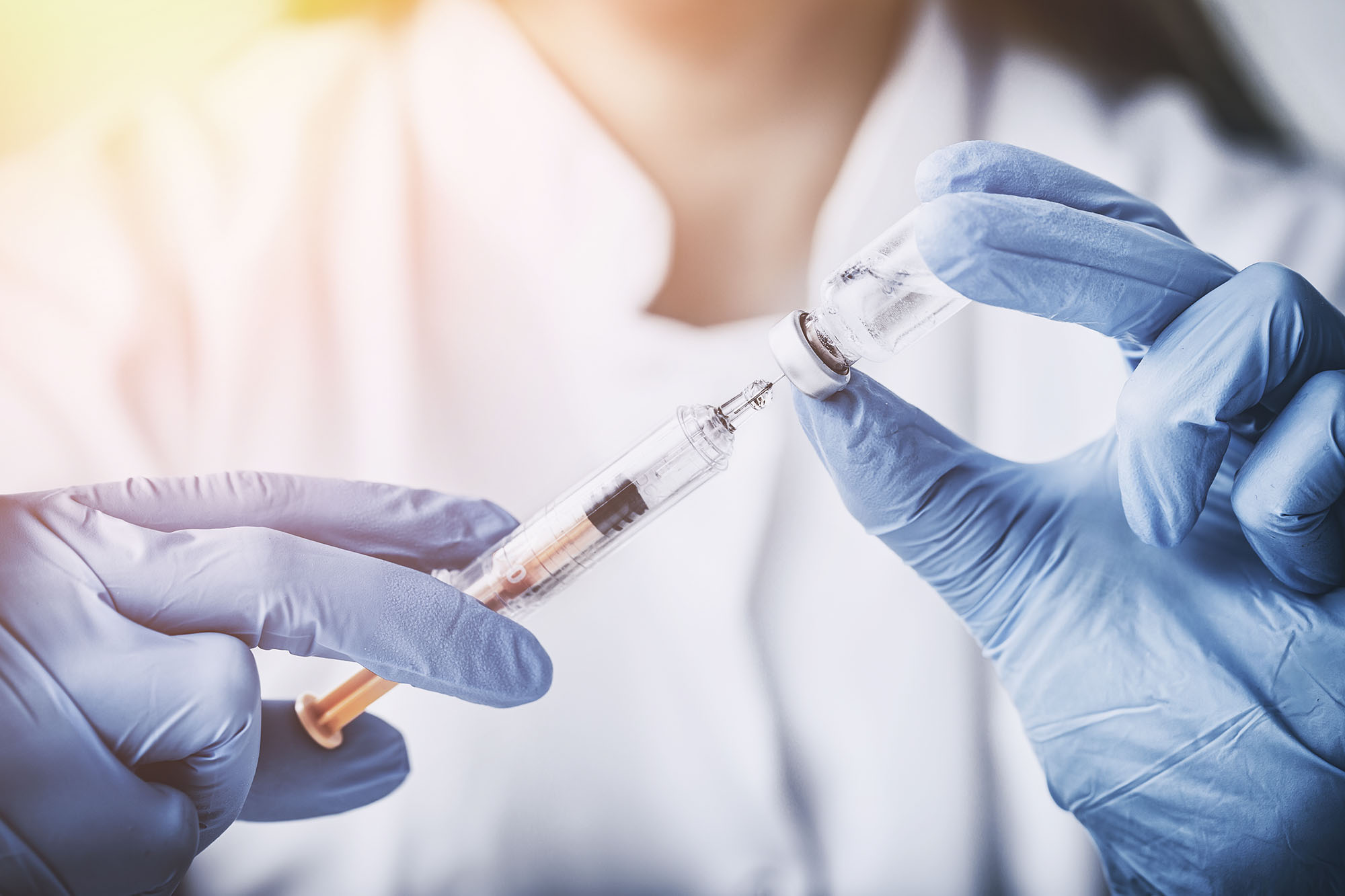 Dr. William Petri, a chaired professor of infectious diseases and international health at the University of Virginia and vice chair for research in the Department of Medicine, wrote this piece for The Conversation. He is studying the effects of COVID-19 on the immune system and seeking new treatments and vaccines.

COVID-19 vaccine was not ready before the general election, as many people, including the president, had hoped. But there are promising signs that one may be available soon.

A sparse press release issued Monday by pharmaceutical giant Pfizer suggests that the end is in sight, with preliminary results indicating that its vaccine is 90% effective at preventing symptomatic COVID-19. The company said it intends this month to seek emergency use authorization, or EUA, from the FDA, bringing some encouraging news to the fight against the pandemic.

The Pfizer vaccine is based on a new technology in which a molecule called messenger RNA is injected into the body. This mRNA molecule provides the instructions for cells in the body to manufacture a protein, called the spike glycoprotein, that plays an essential role in allowing the SARS-CoV-2 to infect human cells. When the immune system detects the spike glycoprotein, it generates an immune response. If the vaccinated individual is later exposed to the virus that causes COVID-19, the individual’s immune system is prepared to rapidly attack and destroy the coronavirus. 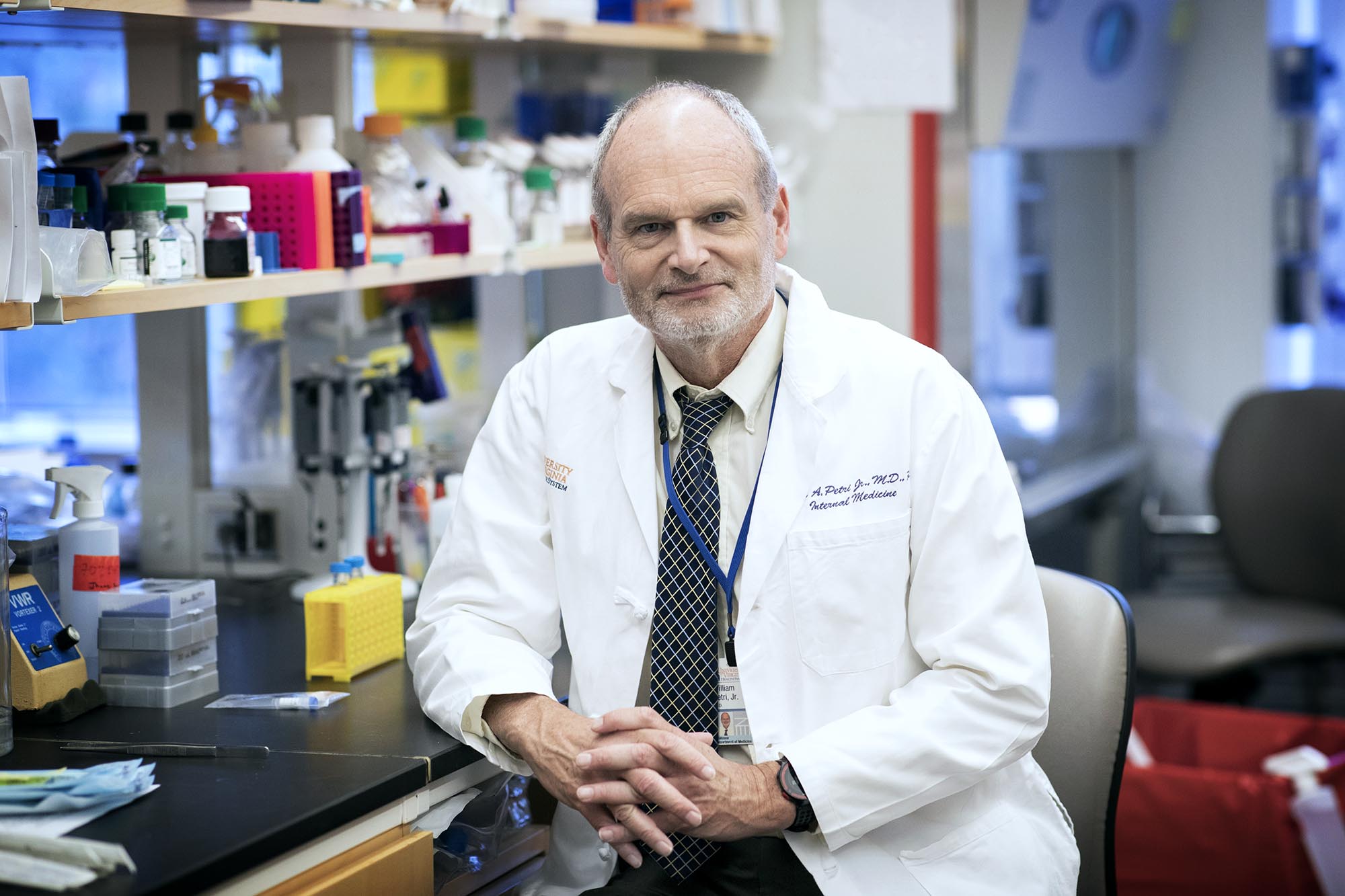 UVA’s Dr. William Petri is studying the effects of COVID-19 on the immune system and seeking new treatments and vaccines. (Photo by Dan Addison, University Communications)

I am an infectious diseases specialist at the University of Virginia who cares for patients with COVID-19. I am conducting a clinical trial of the Regeneron antibodies against the new coronavirus spike glycoprotein to see if it is possible to prevent household transmission. I also do basic research on treatment and prevention of infection by the SARS-CoV-2 virus. The most important tool for preventing further cases is a vaccine. So you might be wondering when we can expect one.

How Big Is the Problem?

The U.S. recorded a new record of 117,988 daily coronavirus cases in data released Friday. The U.S. has entered a surge of COVID-19 that has surpassed the first and second waves in the number of cases.

As winter weather arrives, people spend more time indoors, which increases that chance that the virus will be transmitted. That is especially true if people don’t adhere to common-sense and effective protective measures such as masks and social distancing.

Which Vaccines Are Front-Runners for Approval?

Of the six vaccines that the federal government is backing, it is likely that more than one will be available to the public in 2021; they all missed Election Day because phase 3 trials, which measure safety and efficacy, are still ongoing. One of the advantages of using the messenger RNA approach is speed of development, although no vaccine using that technology has been approved in the U.S. before.

Pfizer, Moderna and AstraZeneca are the front-runners.

New York-based Pfizer, in partnership with the German biotech company BioNTech, announced in a press release the initial results of their phase 3 study of its two-shot COVID-19 vaccine.

So far, 94 cases of COVID-19 infection have been observed in the phase 3 study. Pfizer did not specify how many of these were in the placebo group and how many were in the group that received the vaccine, but the split of cases between the two groups suggests the vaccine is 90% effective at preventing infection in those who have never been exposed. As a comparison, this is almost as effective as a single dose of the hugely successful measles vaccine, which most infants receive as part of the measles, mumps and rubella vaccine when they are around a year old.

Pfizer has enrolled almost 44,000 volunteers. Half of these received the vaccine and half the placebo. Of those who received the two-dose vaccine, half of the subjects had received the second vaccine dose a month and a half ago. And the last person received a second dose by Oct. 27. Pfizer can apply for emergency authorization from the FDA as soon as late November. This would be two months after at least half of the subjects completed the second and final dose of the vaccine.

Moderna completed recruitment of 30,000 subjects for its two-dose vaccine on Oct. 22. Of these, 26,000 had received their second dose by that date. Assuming the vaccine is proved effective, the company will also need to monitor volunteers and collect safety data for two months after all the subjects have received their second dose to reach the FDA-mandated safety endpoint. This suggests the earliest that Moderna could apply for EUA would be late December or early January.

AstraZeneca has enrolled 23,000 subjects in phase 3 studies of its adenovirus-based vaccine. The vaccine uses a common-cold virus from chimpanzees, called adenovirus, to carry instructions to manufacture the coronavirus spike glycoprotein into human cells. The company expects efficacy results in late 2020.

How Is Operation Warp Speed Helping?

The major federal-corporate partnership to develop COVID-19 vaccines is called Operation Warp Speed. It is co-led by the secretary of health and human services and the secretary of defense. The goal is to deliver 300 million doses of COVID-19 vaccine starting in January to people in the U.S. Operation Warp Speed is supporting the parallel development of multiple vaccines, each of which is using different technology.

Warp Speed is supporting the research, development and/or manufacture and purchase of vaccines from Johnson & Johnson-Janssen, Moderna, AstraZeneca-Oxford, Novavax, Pfizer, and Sanofi-GlaxoSmithKline.

“The Centers for Disease Control and Prevention is planning for the vaccine to be administered first to health care professionals, essential workers, national security populations and people aged 65 and older and with underlying illnesses.”

The support for AstraZeneca, Moderna, Johnson & Johnson and Pfizer includes investments in manufacturing capabilities and/or prepurchasing of vaccines. [Note: Pfizer said it has not accepted federal research and development funds, but will participate in Operation Warp Speed’s distribution efforts.] Operation Warp Speed is also purchasing syringes and glass vials and is funding a distribution network.

This is a robust approach, in my opinion, as it allows for the best vaccination approaches to win while financially supporting the production of millions of doses of different vaccines in parallel. Vaccines that are approved after having been proved safe and effective therefore will have a jump-start, as doses will be ready for immediate distribution.

So Why Wasn’t There a Vaccine by Election Day?

Simply put, not enough time had elapsed since the phase 3 trials started this fall to assess whether the vaccines were effective, and for the two-month safety period after vaccination to have passed.

EUA approval, when it comes, will not be the last hurdle, as the vaccines must be manufactured in tens to hundreds of millions of doses in the highest quality, and must be distributed (for some vaccines on dry ice) and administered. Operation Warp Speed is purchasing needles and vials and funding a distribution network. State and local jurisdictions are now in the planning stages for distribution and administration.

The Centers for Disease Control and Prevention is planning for the vaccine to be administered first to health care professionals, essential workers, national security populations and people aged 65 and older and with underlying illnesses. Vaccination of low-risk individuals in the general population will be later, likely in the summer. A vaccine for children likely will not be available until even later.

While we all want a vaccine as soon as possible so that life can eventually return to what we remember as normal, it is reassuring that the highest standards of safety and efficacy are being applied, and that federal support for the effort extends from research to testing to distribution.

Lots of challenges await us, but as the Chinese proverb states, “A journey of a thousand miles begins with a single step.” We are now many steps into this journey, thanks to the dedicated and collaborative efforts of scientists, physicians and public health care professionals around the world.

At UVA, There Is a Club for Everyone END_OF_DOCUMENT_TOKEN_TO_BE_REPLACED