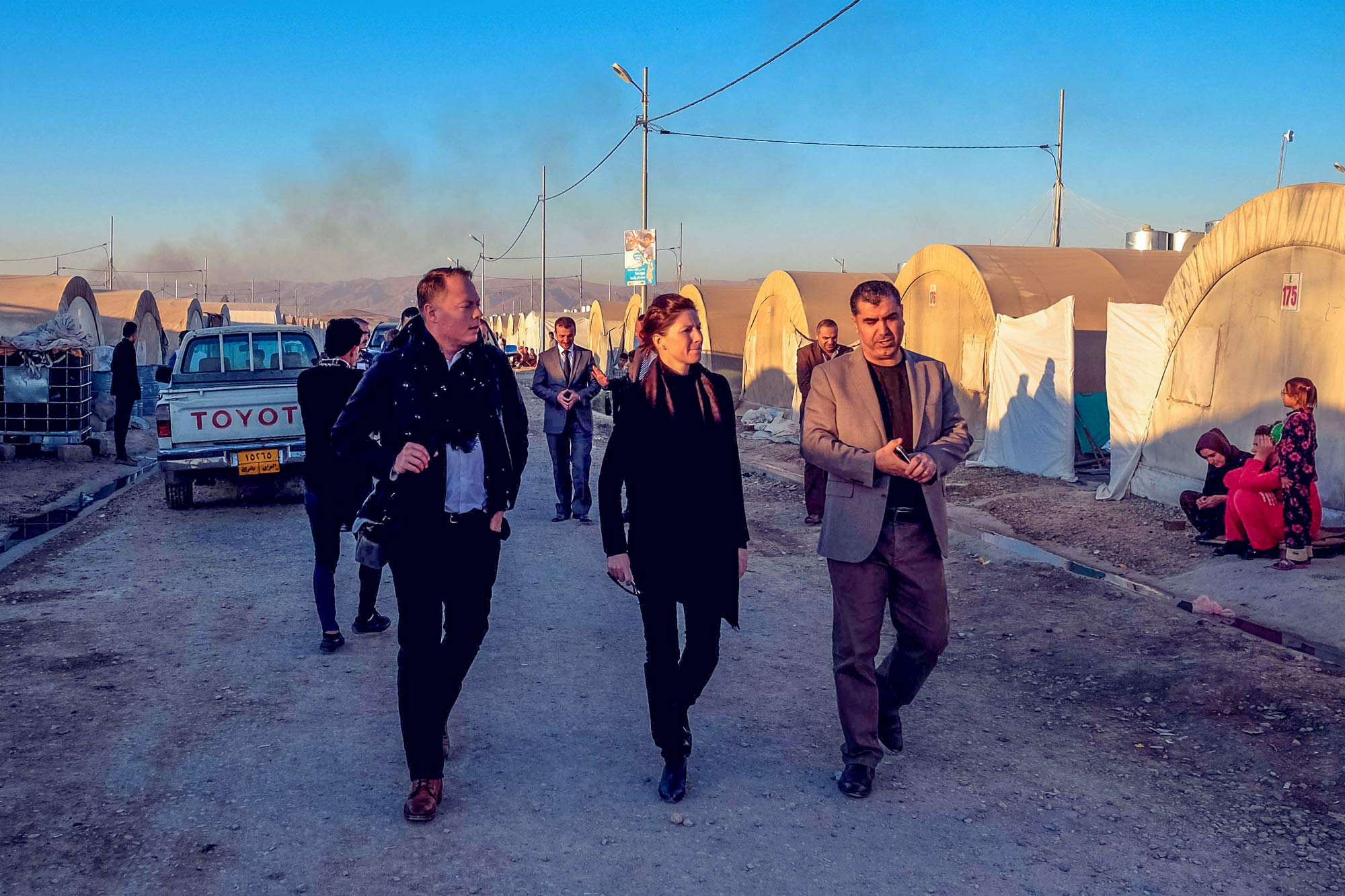 As the global refugee crisis has swollen to nearly 65 million displaced people, onlookers around the world are searching for ways to help. Those with resources both large and small are willing to lend a hand, but are often unsure of what will really make a difference. Will dollars sent into hostile environments make it to those who need them most? Is there a way to track the money’s impact on the ground?

Mahoney, a professor of public policy and politics at the University of Virginia’s Frank Batten School of Leadership and Public Policy and director of Social Entrepreneurship at UVA, is author of the book “Failure and Hope: Fighting for the Rights of the Forcibly Displaced.” In 2016, UVA Today reported on her work co-founding the Alight Fund, a for-profit investment fund that offers micro-loans to refugee and host community entrepreneurs. 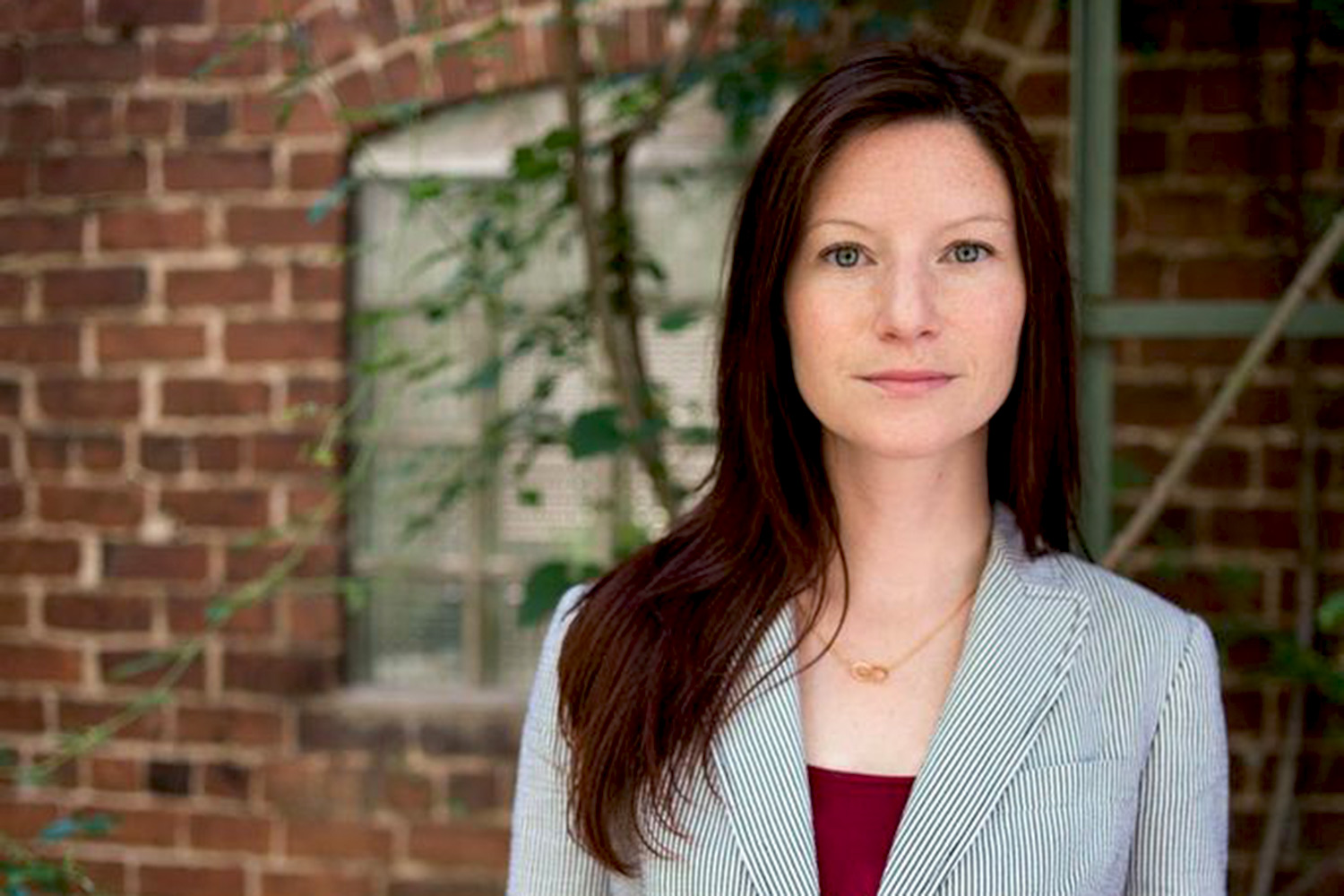 Christine Mahoney is a professor of public policy and politics at the Frank Batten School of Leadership and Public Policy and director of Social Entrepreneurship at UVA. (Photo by Dan Addison, University Communications)

This week, Mahoney and the Alight Fund helped begin a global effort to close the information gap for investors who want to support refugee communities, but also want assurances that their money is reaching the right people and having the intended impact. Alight’s new investment initiative will allow investors to track investments in refugee and host communities like never before.

In honor of World Refugee Day on Tuesday, the Alight Fund partnered with the non-profit micro-loan company Kiva to launch the World Refugee Fund. Kiva has long offered micro-loans to entrepreneurs in developing nations; in 2016, they ran a pilot to lend $1 million in crowd funding to refugee entrepreneurs. The World Refugee Fund will scale up their work with refugees, internally displaced persons and the host communities that support them. It is on target to raise $3 million in 2017 through this collaboration.

Together with partners at the Tent Foundation and USA for the United Nations Refugee Agency, the Alight Fund helped raise nearly $300,000 in corporate and foundation matches to compliment every dollar Kiva users invest through the World Refugee Fund. Currently, Kiva is working with refugee and host community entrepreneurs in Lebanon, Jordan, Turkey, Kenya and Colombia.

“Kiva already has these networks of micro-finance institutions all over the world and they already have a process by which to deploy investments,” Mahoney said. “So as this rolls out, the plan is to collect that large-scale data on the progress of those investments and boil it down in a way that can help investors feel confident about where they’re putting their money.”

Prior to this initiative, most data collected on micro-loans to refugees has been on a small, case-by-case basis that only focused on one region or refugee camp. Mahoney’s hope is that this new investment strategy will not only help budding entrepreneurs, but also show large would-be investors that there are consistent benefits to investing in both refugees and the communities that host them.

“The really important part is focusing on host communities as well. If you only focus on refugees, it leads to tensions and then even more anti-refugee sentiment, not only by the community, but also by the host government. That’s an outcome we’re trying to alleviate, not intensify,” she said.

As the Alight Fund is creating a portfolio of micro-loan outcomes to share with investors, it’s also working to build a new network of large-scale investors who can help stimulate regional economies in a way that will benefit local residents and refugees.

In order to help spur such a network, Mahoney is co-hosting a summit on the topic next week in London with the Oxford Refugee Studies Center and the Center for Public Impact. “Solutions Summit: Economic Opportunities for Host Countries and Forcibly Displaced Communities,” will focus on forging a network of private sector actors and host governments to collaborate on large economic development projects.

“The goal of the summit is to figure out where there are some ‘shovel-ready’ projects – and in many of these emerging market countries, there are. There’s a bridge or road that needs to be built that is looking for foreign direct investment,” she said. “We’ll be looking for joint private sector investment opportunities that are conditional on refugees being involved, either as hired workers or entrepreneurs supplying materials for the project.”

By helping local communities in this way, these larger investors can help grow the economy for refugees and their hosts, turning the presence of refugees into a financial benefit, rather than a drain on local resources.

Following the summit, Mahoney and the Alight Fund will continue building this collaborative group of investors as well as supporting numerous smaller-scale investments through the World Refugee Fund on Kiva’s website.

What Is Biotechnology? Where Is It Headed at UVA? END_OF_DOCUMENT_TOKEN_TO_BE_REPLACED