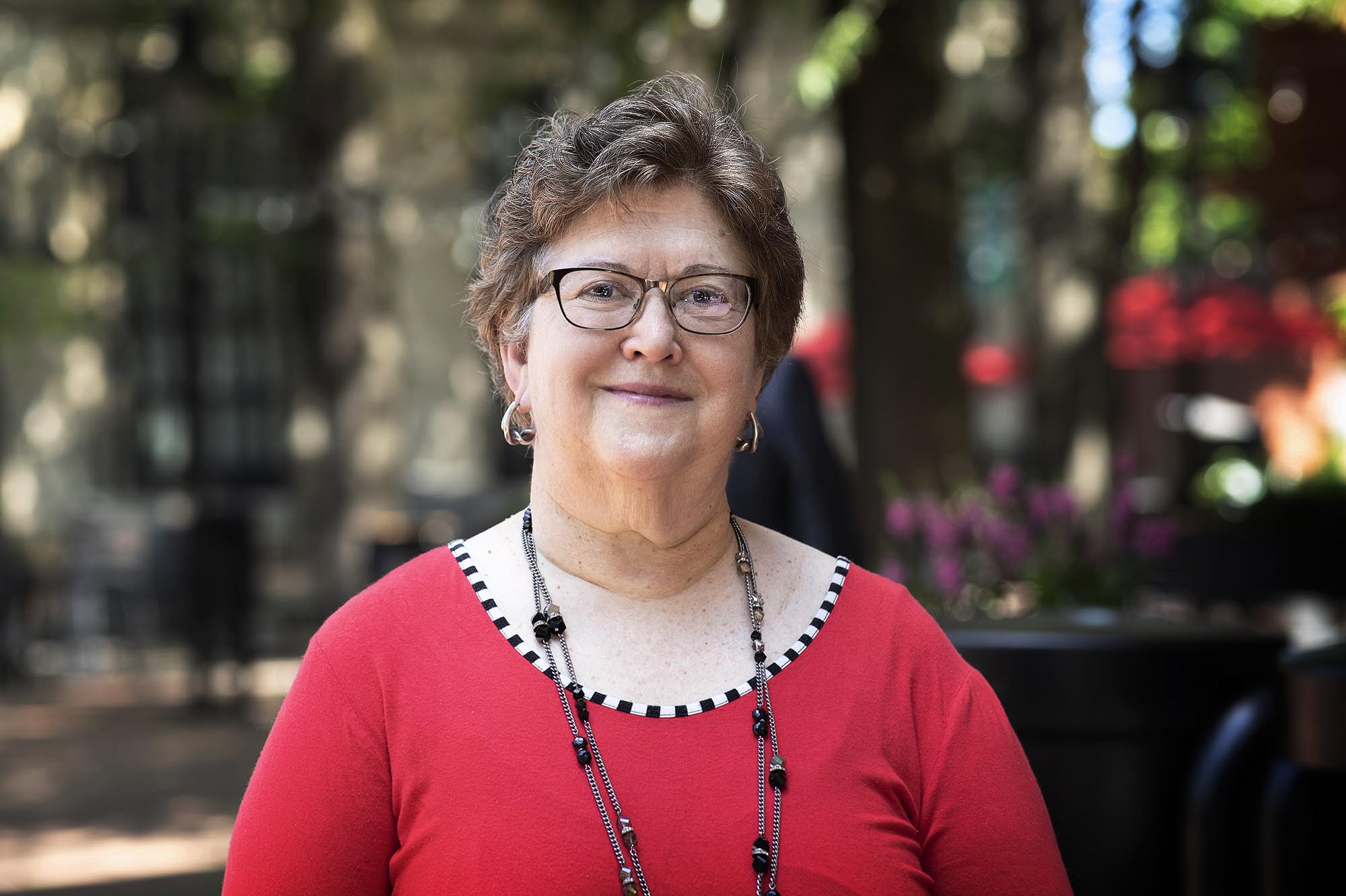 A student-led campaign and candlelight vigil in 1991 resulted in the University of Virginia establishing the Sexual Assault Education Office at its Women’s Center. Before the year was over, Claire Kaplan came to lead that office – and stayed for nearly three decades.

She retired at the end of June, after growing UVA’s programs and contributing to the movement to abate gender-based violence, nationally and internationally.

“When people ask me how can I do this work for so long, given the distress, sadness, and trauma that survivors face and the seemingly insurmountable challenge of ending this violence once and for all,” she wrote last fall in an Alumni Association blog, “I say this: what keeps me going and gives me hope is the young people – their fierce courage, their insistence on holding us accountable, and their belief that it is possible to make this a better world.”

Kaplan’s former students and interns, and colleagues insist that she was the one who inspired them.

Sharon Davie, founding director of the Women’s Center, recently wrote, “Perhaps the most striking thing about Claire is this: not only does she believe deeply that change is possible, she helps you to believe it too.

“From the first moment that Claire came to work at the Women’s Center, her advocacy for survivors of sexual assault and intimate partner violence was extraordinary. She realized immediately that change can only come through people working together in diverse, ever-expanding community. So she began building that community, inviting others to imagine, to act, to lead.”

Kaplan’s work with students and the UVA community has expanded over the years into a range of programs and has included mentoring student interns – men as well as women.

Although sexual misconduct continues to be a fraught issue socially, institutionally, politically and legally, when Kaplan came to UVA, there was little or no training or educational programming.

Kaplan repeated a quote from a recent play about Gloria Steinem, shown on PBS, where Steinem said of the early women’s movement, “We thought if we could just explain what’s wrong, people would want to fix it.” But sexism has proved to be more complicated.

“So many of the ways that members of the UVA community learn about gender-based violence and get involved in confronting it today exist because of Kaplan’s tireless work and many fruitful partnerships over time,” wrote Abby Palko, the Women’s Center’s director since 2016, in a tribute to Kaplan.

Kaplan’s anti-violence work traces back to volunteering in sexual violence support services in 1980s Los Angeles, during the early years of what she thought would be a career using her master’s degree in screenwriting, earned at the University of Southern California. A survivor of sexual violence herself, she attended an event where the Los Angeles Commission on Assaults Against Women had an information booth, and she applied to volunteer. She was accepted and trained to answer the hotline and accompany other survivors to the hospital.

She realized it felt healing and empowering to do this work, she said, and her interest expanded into education and prevention. Eventually, she wasn’t volunteering, but employed at the organization, which later changed its name to “Peace Over Violence.”

When her then-partner (now wife) landed a job in Richmond, they moved east. Since she had shifted her career focus to advocacy for sexual assault survivors, she applied for UVA’s new sexual assault education coordinator position and in 1991 joined the UVA Women’s Center (later renamed the Maxine Platzer Lynn Women’s Center).

Kaplan went on to earn her Ph.D. in the social foundations of education (with a women’s studies focus) from UVA’s Curry School of Education in 2004. When the National Organization for Victim Assistance, the leading organization for victim advocacy, education and credentialing, developed professional training specifically for campus advocates a few years ago, she went through the process to become an Advanced Credentialed Victim Intervention Specialist.

The direct support and advocacy services that Kaplan has provided have made a difference for survivors at UVA, Palko said.

“This part of her multifaceted work was particularly crucial for the well-being of survivors in the years before the center’s staff grew to include a full counseling and case management team, including trauma counselors, and before related services developed in other University offices” like Student Health’s Counseling and Psychological Services, Palko wrote. 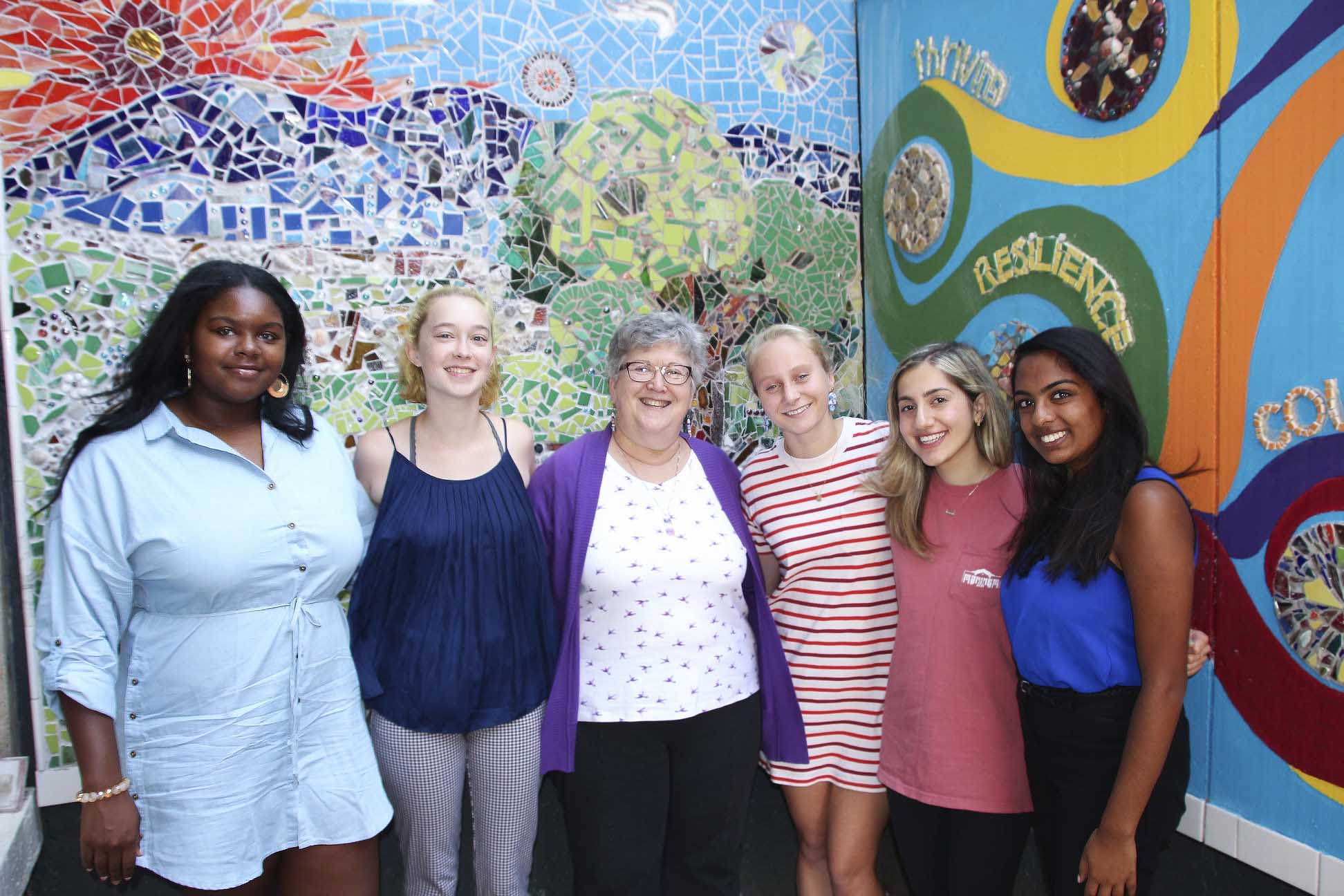 Over the years, before social media spread the #MeToo movement, Kaplan and students, along with colleagues around the country, have come up with creative ways to raise awareness about gender violence, such as establishing UVA’s Day of Healing and Take Back the Night events, displaying the Clothesline Project to raise awareness about sexual assault and starting the Men’s Leadership Project, which pairs college men as “big brothers” with middle-school boys.

Kaplan also tirelessly advocated for the LGBTQ community at UVA, helping found UVA Pride, a network for LGBT faculty, staff and graduate students, and serving on UVA’s LGBT Committee, a subcommittee of the University’s Diversity Council. In November 2015, the Serpentine Society recognized Kaplan by awarding her its Bernard D. Mayes Award for excellence in public service to the LGBTQ community.

As the Women’s Center evolved, Kaplan led the center’s Gender Violence and Social Change Program, where she mentored a team of undergraduate interns. Those interns, plus students she taught in her “Gender Violence and Social Justice” course, “have gone into work that is changing the world in a myriad of ways,” Kaplan wrote in email, “in their careers, in their communities, and even as parents. I’ve worked with so many survivors one-on-one as well, and what a joy it is to see them thriving.”

Alumna Annie Forrest, now engagement manager of national partnerships for The One Love Foundation, put it this way: “Claire Kaplan was and is paramount in this movement gaining visibility on Grounds and in empowering students to live and be bold in their commitment to gender equity every day.

“In particular, I will never forget joining her and the Virginia Sexual and Domestic Violence Action Alliance in Richmond to combat knee-jerk campus safety legislation in reaction to the Rolling Stone article in 2015,” she said, referring to a sensational, but later-discredited account of an alleged gang rape of a UVA student in a fraternity house. “We felt confident speaking with legislators, knowing Claire was beside us as a fierce mover-and-shaker in this work long before any of us.

“I am forever grateful, as are many, for the impact she’s left on the Women’s Center, the UVA community, and all who are fortunate enough to work alongside her,” Forrest wrote.

In 2007, Kaplan worked with Chris Wilcox Elliott (then a graduate student and now a colleague) to found the Men’s Leadership Project, through which UVA undergraduate men mentor local middle school boys –giving both opportunities to practice leadership and to consider the impact of narrow gender norms. 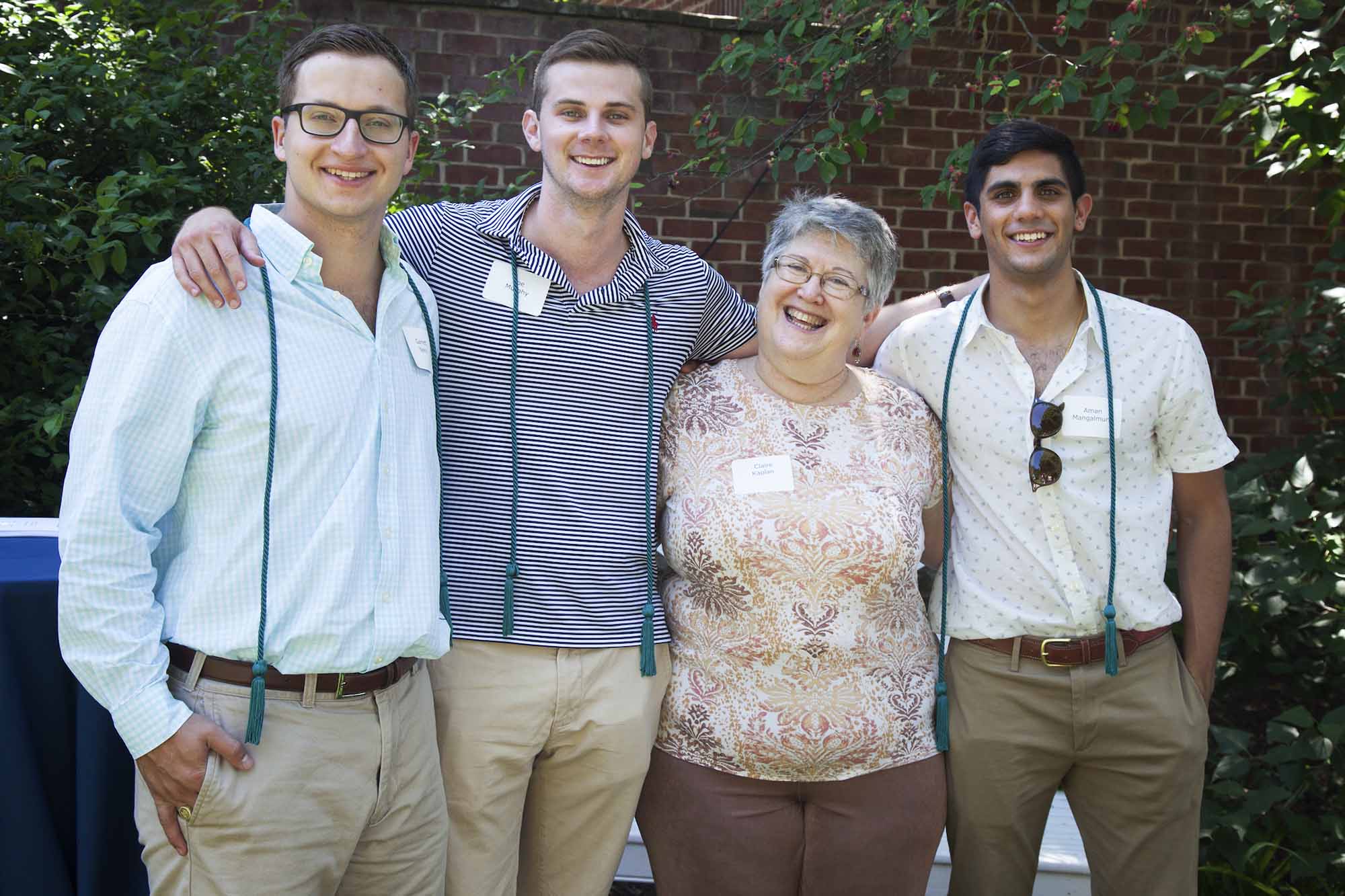 Anthony Buenafe, an alumnus from the first cohort, said in a previous interview, “To this day, I credit MLP with helping me expand my understanding and respect for masculinity as a spectrum. … I remember the feeling of a ‘safe space,’ challenging each other to talk honestly about tough, taboo topics, and coming out on the other side all the better for it.”

The need for education and resources remains great. Kaplan said a troubling change she saw over the years is that students from states like Virginia, which mandate limited or opt-out sex education, lack basic knowledge about what constitutes healthy sexuality. A big gap exists between what young people need to learn and what’s offered, she said.

UVA has made great strides in some areas, Kaplan said – for example, having a Student Health focus on prevention, and establishing a Title IX office with trained investigators in the University’s Office for Equal Opportunity and Civil Rights.

“This job has been full of challenge, joy, awakening, and of course, sadness, anger and even grief,” Kaplan said. “All of that comes with the work. The Women’s Center has been my other ‘home’ for nearly 29 years, and it will be bittersweet to leave.

“I’m not sure what lies ahead, but I’m ready for new adventures. I’ll miss my colleagues and students very much.”

A Year We Will Never Forget: 2019-20 in Review END_OF_DOCUMENT_TOKEN_TO_BE_REPLACED

‘What Will You Carry With You?’ Remarks From UVA President Jim Ryan END_OF_DOCUMENT_TOKEN_TO_BE_REPLACED