Woodson Fellows Give Talks This Spring 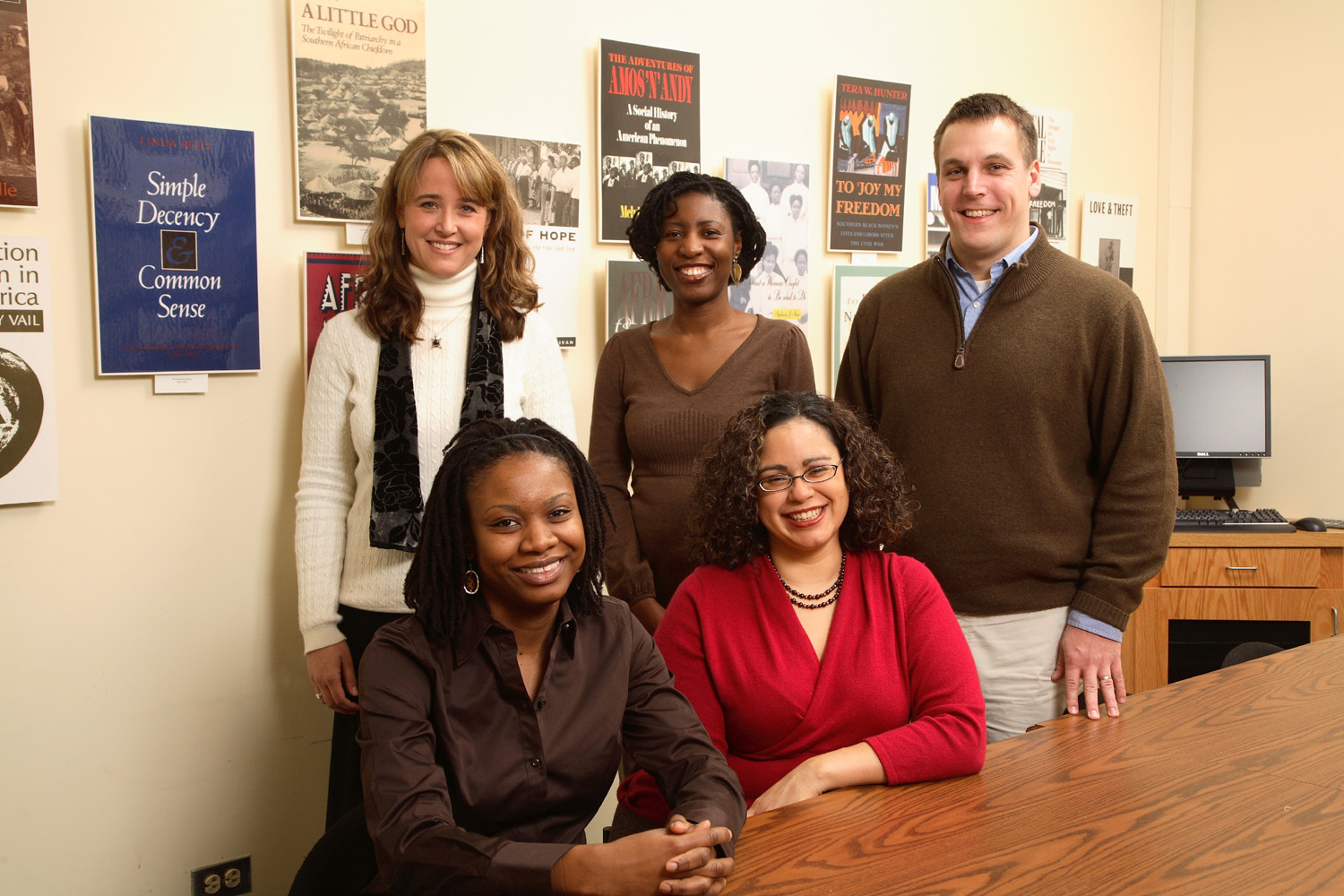 January 28, 2008 — Offering topics as varied as the lives of diamond miners and the meanings of drum songs, residential fellows at the Carter G. Woodson Institute for Afro-American and African Studies will present their research in three separate talks this spring, beginning Wednesday.

The Woodson Institute selects scholars working in the humanities and social sciences for two-year pre-doctoral or one-year postdoctoral fellowships. The program is intended to facilitate the completion of dissertations or manuscripts in African-American and African Studies and related fields.

The institute, an interdisciplinary teaching and research center, was established in 1981 in response to student and faculty requests for a more coherent African-American and African Studies program and a more aggressive program of minority recruitment at the University.

"Over the years, we've had an impressive record of fellows moving to academic appointments here and elsewhere," said English professor Deborah McDowell, who is interim director of the Woodson Institute.

Todd Cleveland will give the first lecture Jan. 30 on "An Extensive Engagement: African Workers and the Forced Labor Process On and Off the Diamond Mines of Colonial Angola, 1917-1975." Cleveland graduated from the University of Minnesota.

"My research explores the daily lives of the African men, women and children who worked on the diamond mines of the Companhia de Diamantes de Angola, or Diamang, in the Portuguese colony of Angola," Cleveland said. His talk will "highlight how this inaugural study of Diamang and its African workforce opens up significant new ways of thinking about mining in colonial Africa and, in turn, the history of forced labor on the continent."

Fellows will give the next two lectures in April.

On April 9, Edwina Ashie-Nikoi will talk about "The Dance, the Drumbeat and the Song: Ritual Vistas into Enslaved Worlds."

On April 16, Yarimar Bonilla will talk about "Syndicalism as Marronage: Epistemologies of Labor and History in the French Antilles." Marronage is a term applied to escaped slaves.

Each presentation, free and open to the public, will be held between 3:30 and 5 p.m. in the Kaleidescope center on the third floor of Newcomb Hall, followed by an informal reception.

Netflix to Add Ads. Why This Could Be a ‘Game-Changer’ for Your Viewing Experience END_OF_DOCUMENT_TOKEN_TO_BE_REPLACED

What’s Next for UVA’s Class of 2022? END_OF_DOCUMENT_TOKEN_TO_BE_REPLACED