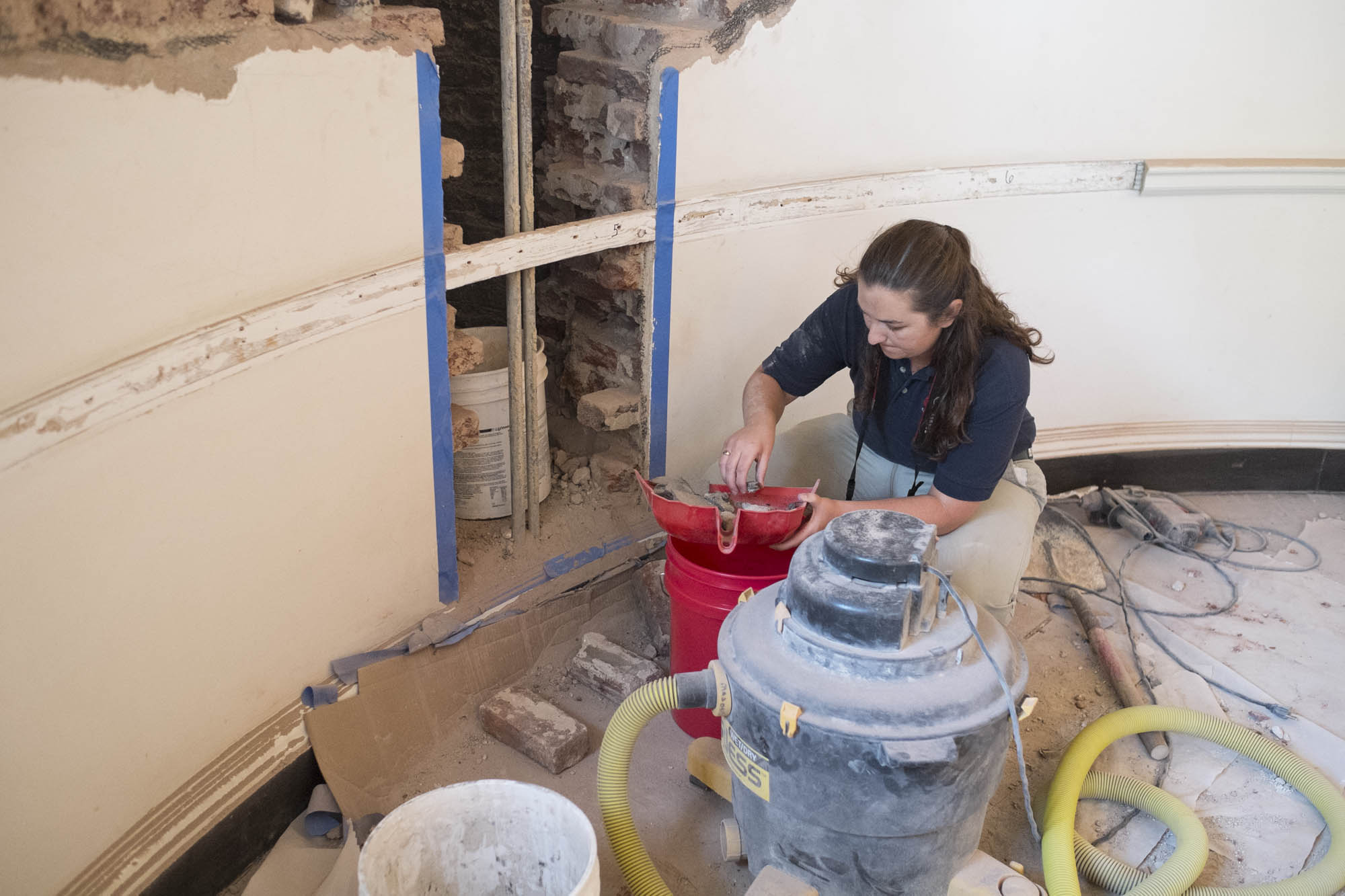 The 1895 fire that all but destroyed Thomas Jefferson’s Rotunda was thought to have left no traces of the iconic building’s dome. But University of Virginia masons working on the building’s current renovation have discovered pieces of that structure preserved within the walls.

The Rotunda, the centerpiece of Jefferson’s Academical Village, is closed until the summer of 2016 while workers upgrade its mechanical systems, repair portico roofs, install new column capitals and improve fire and life safety systems.

The original dome structure was wood, which would have been destroyed in the fire, and its roofing was made from tin-coated iron shingles.

Mark Kutney, an architectural conservator with the Office of the Architect for the University, was part of the team that opened cavities in the walls of the lower oval rooms in the barrel of the Rotunda, seeking evidence of original design features. They found debris from the 1895 fire and the Rotunda’s subsequent reconstruction, giving further insights into maintenance of the building. 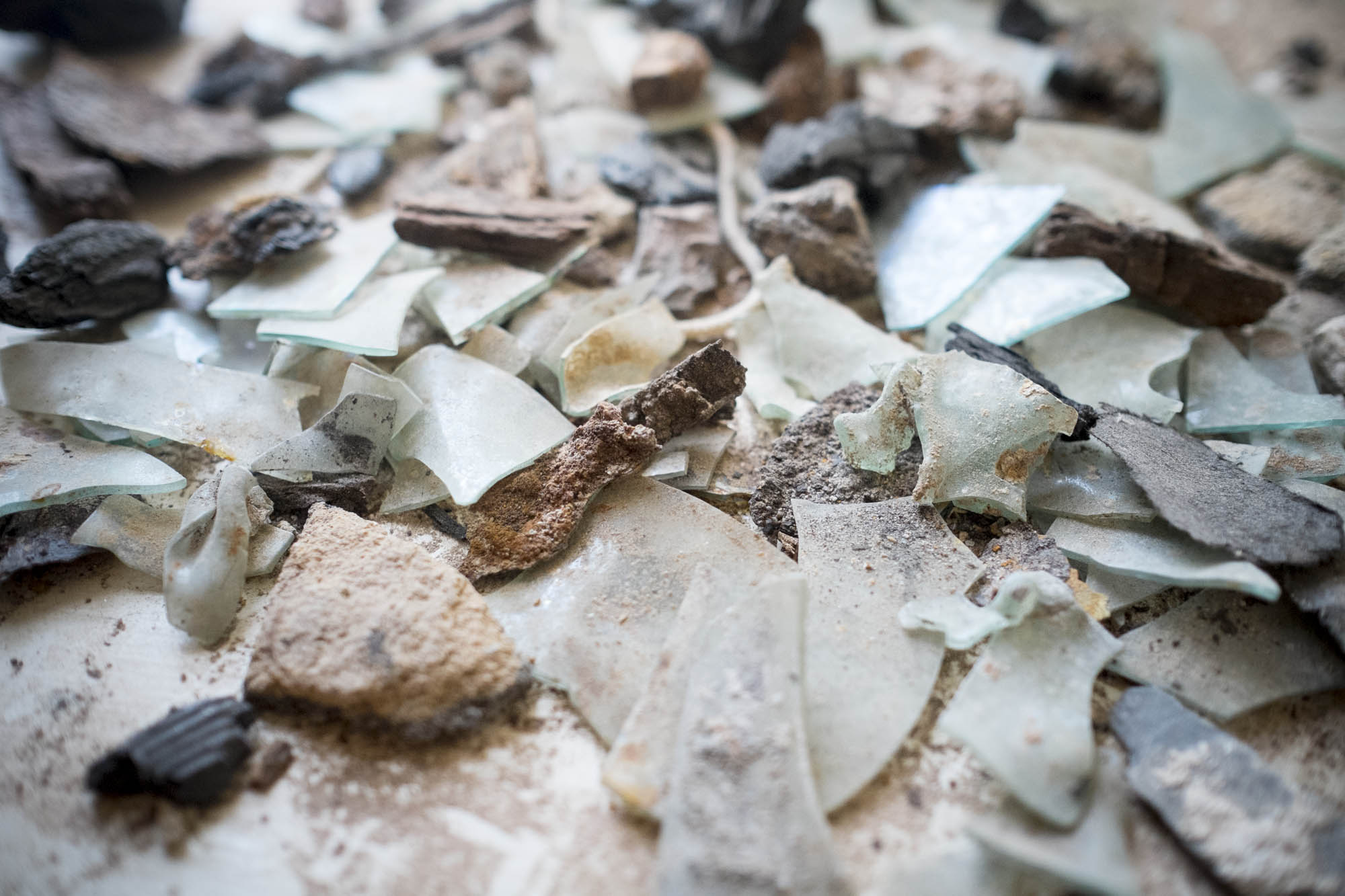 The shingle pieces Kutney found in the wall cavities were joined together with folded-over edges, a technique designed by Jefferson and used on several roofs within the Academical Village. The original dome would have started off shiny, but then would have turned a dull gray, eventually weathering to a chalky white. Some of the surviving shingles had red paint on them, indicating that at some point the dome was painted red.

As the caulk – a combination of white lead, whiting and linseed oil – dried, it got brittle and would have broken apart, Kutney said. Once the roof started to leak, Kutney believes the dome may have been painted in an effort to halt its corrosion.

“The dome would have been problematic in its shape,” Kutney said. “The wind and the rain would have pushed water up and under the shingles.

Kutney thinks the hue on the shingles is what was referred to as “Spanish brown,” a combination of iron oxide and linseed oil. That red paint on early tin was found in other locations, such as Hotel A, and the original gutters on the student room roofs, he said.

An examination of photographs of the Rotunda from the 1880s shows a darker dome appearance. In black-and-white photographs, red would appear to be a darker shade.

Some of the newly discovered shingle pieces appear to have been painted on both sides. Matt Scheidt, a historic architect with John G. Waite Associates of Albany, New York, which has performed historic assessments of the Rotunda and the Academical Village, suggested the dome may have been re-shingled at some point, with the second layer already painted on both sides as a protective coating. 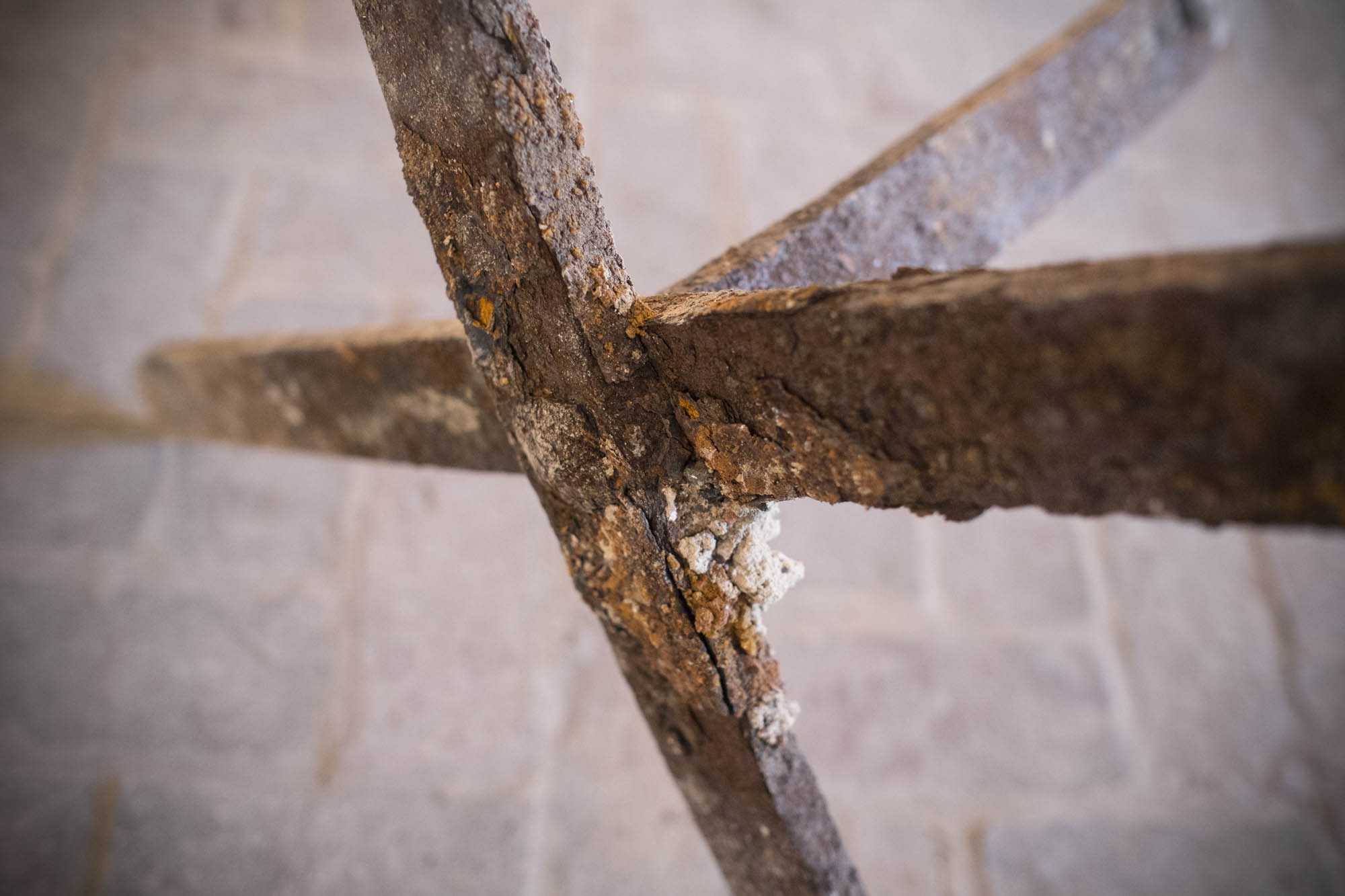 Workers also found what appears to be a timber bracket – a 52-inch piece of wrought iron that fit perpendicularly into a set of four 32-inch-long legs that would have anchored it into a brick wall. The long piece of iron had hand-cut beveled, square holes punched into it at 13-inch intervals. Kutney said there was still some plaster attached to one of the legs. The bar would have been anchored in the wall and then bolted, probably lengthwise, to a joist or beam to tie the floor framing and masonry wall together.

Scheidt speculated that the piece may have supported the ceiling joists in the one of the upper oval rooms. He thought the joists would have needed additional support because they were holding up the columns in the dome room. 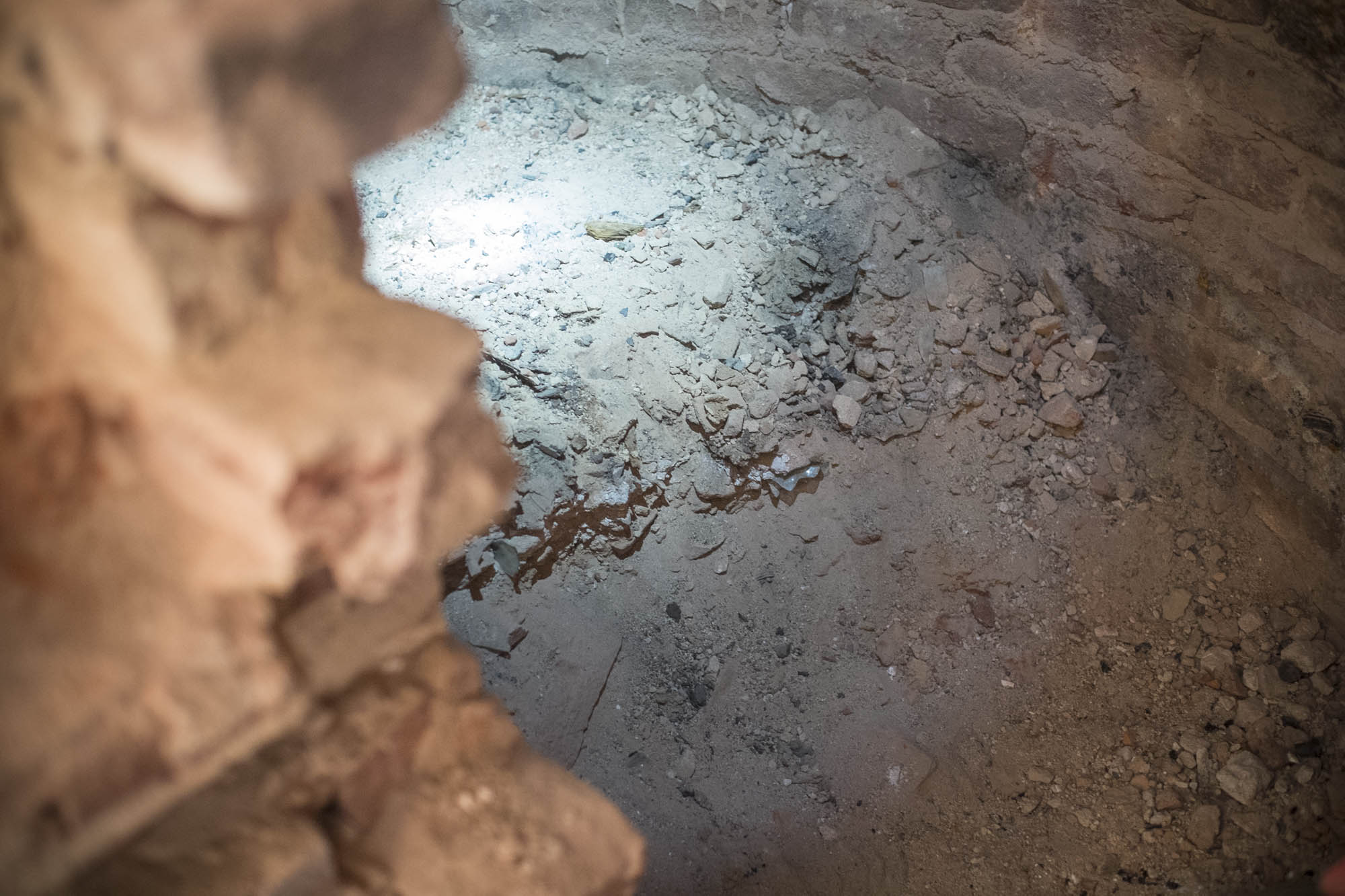 Also in the fire debris were several hand-wrought carriage bolts, numerous bolt heads, which Kutney said could have been part of the framing of the dome. There were also a variety of machine-cut nails.

The layer of fire debris in the cavity included pieces of brick, mortar, shards of glass, plaster, pieces of iron, tin, chunks of charcoal and ash. Workers removed a few buckets of material, but left the rest undisturbed and resealed the wall, Kutney said.

“We want to leave something for the next generation,” he said.

A Year We Will Never Forget: 2019-20 in Review END_OF_DOCUMENT_TOKEN_TO_BE_REPLACED

‘What Will You Carry With You?’ Remarks From UVA President Jim Ryan END_OF_DOCUMENT_TOKEN_TO_BE_REPLACED