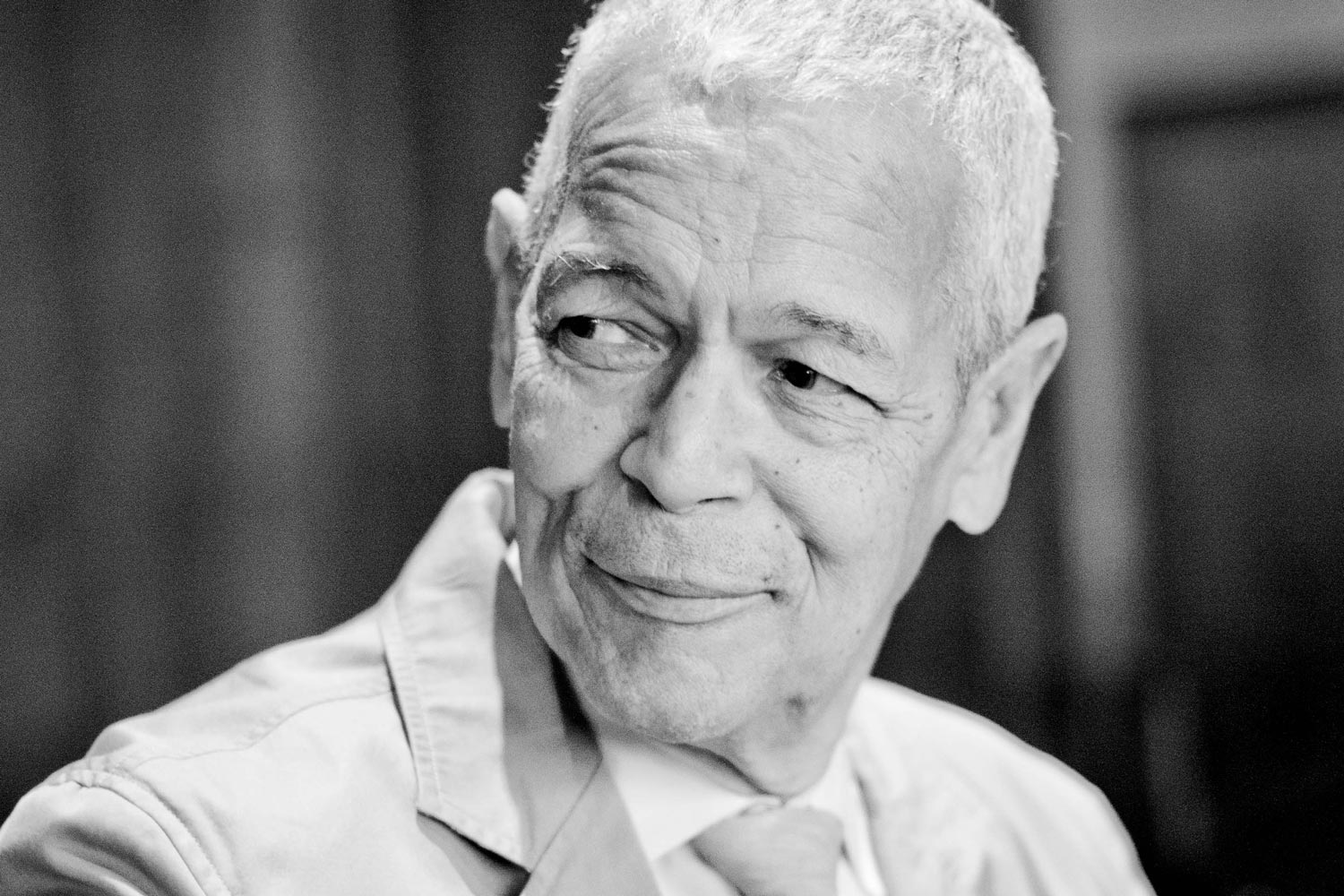 Civil rights icon Julian Bond fought for social justice and equality from the time he co-founded the Student Nonviolent Coordinating Committee in 1960 until his death in 2015. In between those years he served in the Georgia legislature, co-founded the Southern Poverty Law Center, served as chairman of the NAACP, engaged in political activism on various fronts – and taught more than 5,000 students as a University of Virginia professor.

Now the University is embarking on a project to make his remarkable collection of documents accessible to the world through a crowdsourced transcription effort. #TranscribeBond is the first stage in the ultimate production of an online, digital edition.

UVA’s Carter G. Woodson Institute of African-American and African Studies is partnering with the Albert and Shirley Small Special Collections Library, the Center for Digital Editing, the Scholars’ Lab and Virginia Humanities to launch the Julian Bond Papers project with a special two-day event, set for Aug. 14 and 15.

A reception introducing the scope and goals of the digital project will be held at the Woodson Institute on Aug. 14 in room 110 of Minor Hall. On the following day, registered participants will head to one of five locations on Grounds and in Charlottesville to transcribe a wide and varied sample of his papers, starting with his speeches. Those who would like to attend the reception and participate in the transcription process can RSVP here.

• Virginia Center for the Book at the Jefferson School

Those wishing to participate, but unable to join in person, can still contribute remotely by accessing the project workspace on FromThePage when it goes live in August and engaging with the hashtag #TranscribeBond.

Transcriptions produced by this event and in the months following – all to be made available for public viewing – will be used in the development of the scholarly edition of “The Essential Julian Bond.”

It is no accident that the announcement of this project falls near the anniversary of Julian Bond’s death as well as last year’s tragic events of Aug. 11-12. In planning the transcription events, Deborah McDowell, Alice Griffin Professor of English and director of the Woodson Institute, said she hopes that the occasion will provide the broader community an opportunity not only to reflect on these anniversaries, but also to engage with the work and writings of one of the foremost leaders of the civil rights movement.

“Bond’s speeches, in particular, illuminate much about the history and challenges of social struggle and political activism. This new project, designed to collect these speeches in one place, represents one example of what we hope will be an ongoing and mutually beneficial collaboration on digital humanities projects across the University,” McDowell said.

Jennifer Stertzer, director of the Center for Digital Editing, said that scholarly digital editions “are more accessible than print and enable the public to engage with the materials,” and expose students and others to primary sources. Digital materials can also be more easily used as classroom resources, she added.

Legacy of Julian Bond at UVA

Bond constantly reminded his students, colleagues and fellow activists that “our struggle goes on. … [T]he struggle for political, economic and cultural selfhood and emancipation.” Over the years, he notably fought for the civil rights of all individuals, from his fellow African-Americans to the LGBTQ community.

Bond joined the UVA Arts & Sciences faculty in 1992 and taught in the Corcoran Department of History for two decades, teaching the popular lecture course, “History of the Civil Rights Movement.”

In a speech 15 years ago, Bond said, “Polls show that most white Americans believe equal educational opportunity exists right now, even as our schools become more, not less, segregated across the country. The successful strategies of the modern movement for civil rights were litigation, organization, mobilization and coalition, all aimed at creating a national constituency for civil rights. Today’s times require no less, and in fact insist on more.”

Students at UVA have already been able to access Bond’s papers firsthand in class visits to Special Collections. In one instance, McDowell introduced a sample of documents to her students when teaching “1964/2014: Framing the ‘Modern’ Civil Rights Movement.”

For the last five years, the Woodson Institute has been working with the Small Special Collections Library to create a related online site, “The Movement in the Archive,” which began as a way to commemorate a series of 50th anniversaries, marking five pivotal years, 1963 to ’68, in the modern civil rights movement.

During his time on Grounds, Bond also co-directed the University’s “Explorations in Black Leadership” oral history video collection, which he, along with co-director and history professor emerita, Phyllis Leffler, also published as a book in 2014, “Black Leaders on Leadership: Conversations with Julian Bond.”

He continued to contribute to University initiatives after his teaching tenure concluded. In 2015, he led his ninth “Civil Rights South Seminar,” a popular tour that took participants to Atlanta; Birmingham and Selma, Alabama; and other landmark sites from the civil rights movement.

Recognizing his impact, UVA’s College and Graduate School of Arts & Sciences has established the Julian Bond Professorship of Civil Rights and Social Justice, the culmination of contributions from as many as 350 alumni, parents and friends. Professor Kevin Gaines, jointly appointed in the Carter G. Woodson Institute and the Corcoran Department of History, was recently named to the position.

“Julian Bond made significant contributions to the University of Virginia, teaching thousands of our students while serving as a mentor and role model for all of us,” UVA President Teresa A. Sullivan said. “As a driving force for social change for more than a half-century, he had an extraordinary impact on our University, our community and our nation.”

Netflix to Add Ads. Why This Could Be a ‘Game-Changer’ for Your Viewing Experience END_OF_DOCUMENT_TOKEN_TO_BE_REPLACED

What’s Next for UVA’s Class of 2022? END_OF_DOCUMENT_TOKEN_TO_BE_REPLACED