Since the invention of the camera, photographs have been telling the University of Virginia’s story.

Many are timeless. The serpentine walls, the pavilions, the Lawn and the student rooms that surround it – images taken today would be familiar to a time-traveling visitor from the University’s founding. 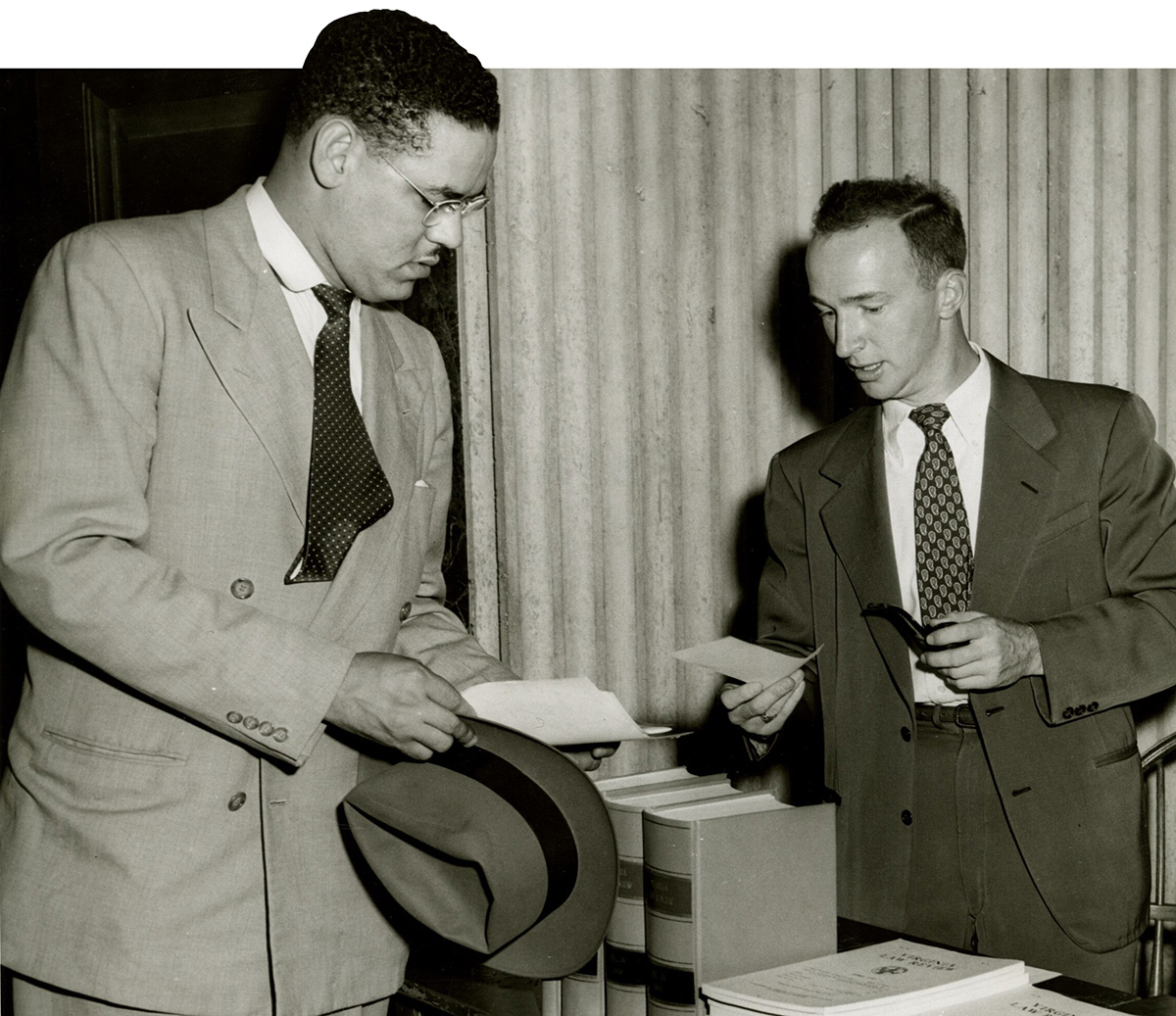 Other photographs, though – especially those depicting members of the University community – show that many things have changed.

In 1950, a photographer snapped an image of the University’s first black student, Gregory Swanson, registering for class. Women joined the pages of Corks & Curls, the University’s yearbook, in numbers after the College of Arts & Sciences went fully coeducational in 1970.

Generations of photographers have been on hand to document the University’s life. Historically, two stand out.

In the late 1880s, Rufus W. Holsinger opened a Charlottesville photo studio that would document five decades of the city and UVA. He photographed professors, students, sports teams and buildings. He was there when the Rotunda burned in 1895, capturing one of the most famous images in UVA history. He took a portrait of Georgia O’Keeffe when she taught here in 1915. Much of Holsinger’s work is digitized and searchable through the Albert and Shirley Small Special Collections Library.

In 1939, Ed Roseberry moved to Charlottesville and soon began photographing student life on the Corner and elsewhere. For decades he captured parties, parades, portraits and more. An exhibit of his work curated by Coy Barefoot was recently on display at Alumni Hall. 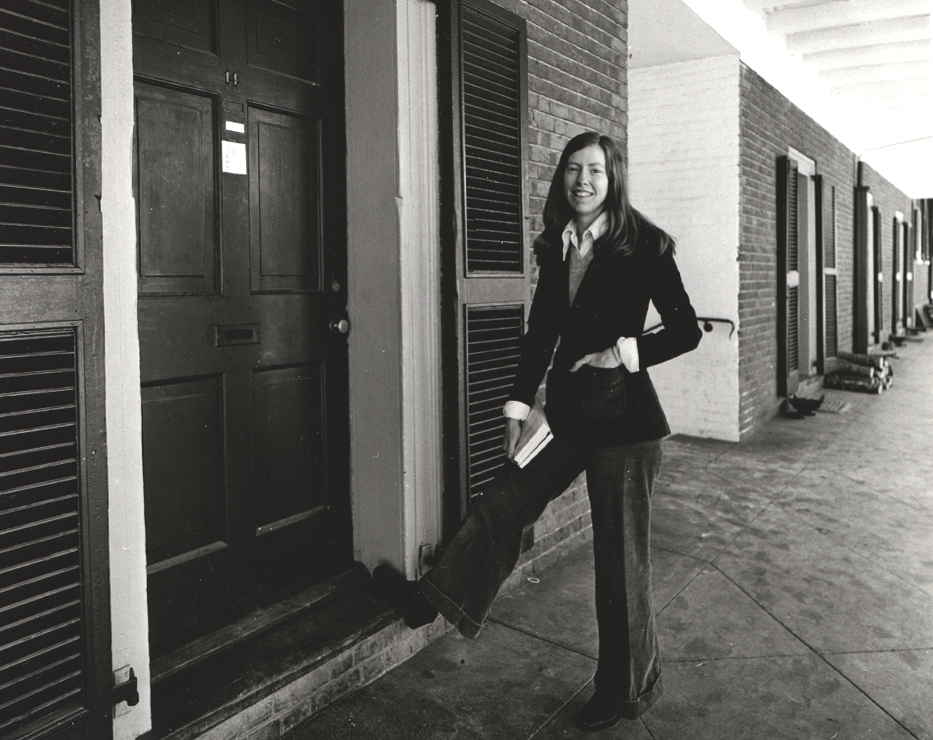 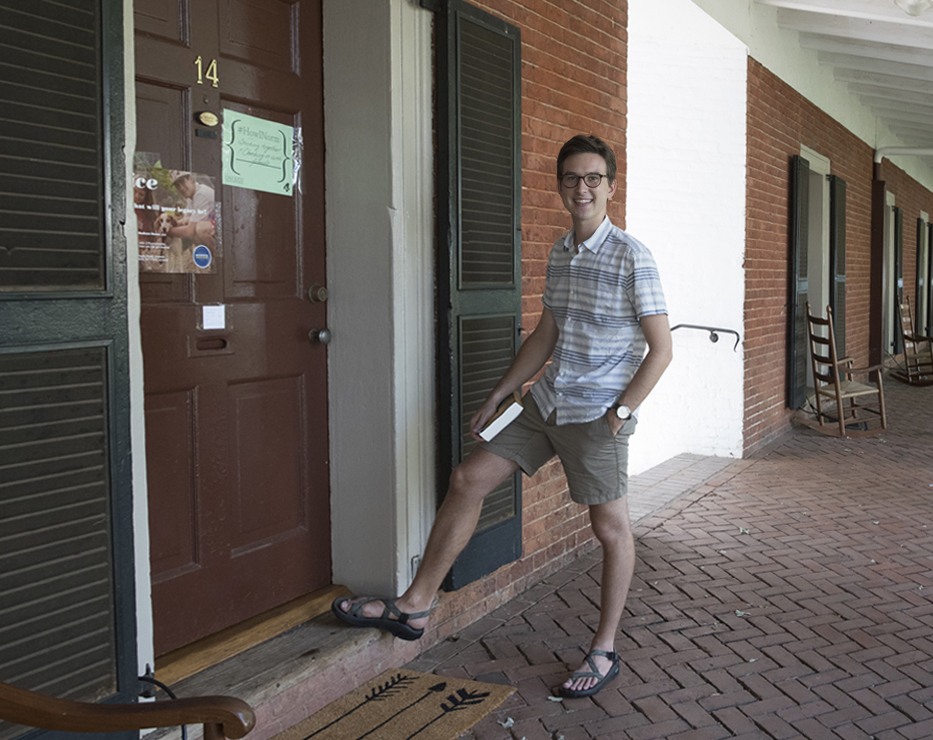 Roseberry photographed then-student Catherine Burke Sweet outside her Lawn room in 1977. Sweet was among the first 24 women in the world to receive a Rhodes Scholarship, and was later the head of public affairs for the London Stock Exchange and head of parliamentary affairs for the British Bankers Association. Read more about her in this 2010 profile from Virginia Magazine.

Russell Bogue, a 2016 graduate and Rhodes Scholar, lived down the Lawn from Sweet’s old room. “I intend to use this opportunity to equip myself to be a public servant – to ‘fight the world’s fight,’ as Cecil Rhodes intended when he endowed the scholarship,” he said in 2015 when his scholarship was announced. UVA's newest Rhodes Scholars are Aryn A. Frazier and Lauren C. Jackson, who are among 32 nationwide just announced for 2017. 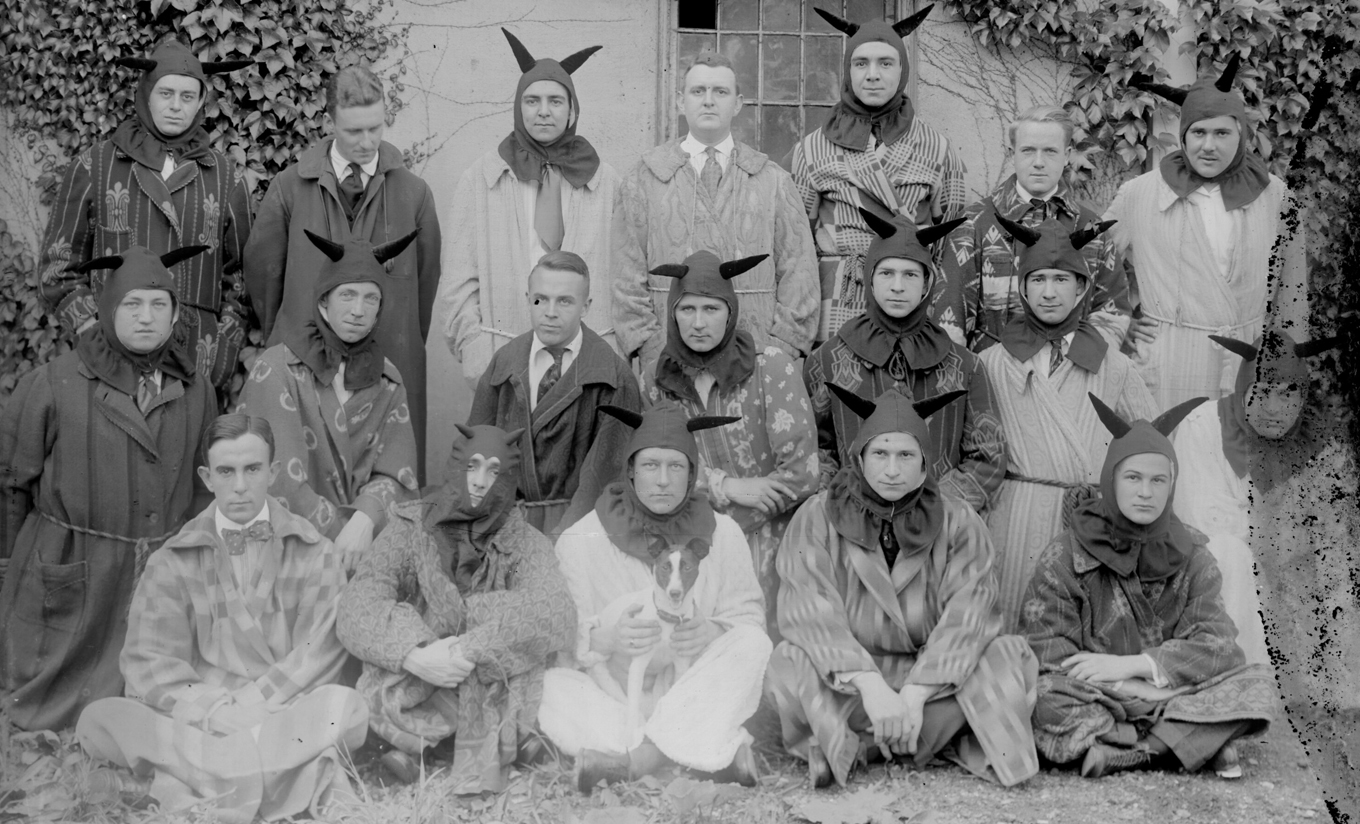 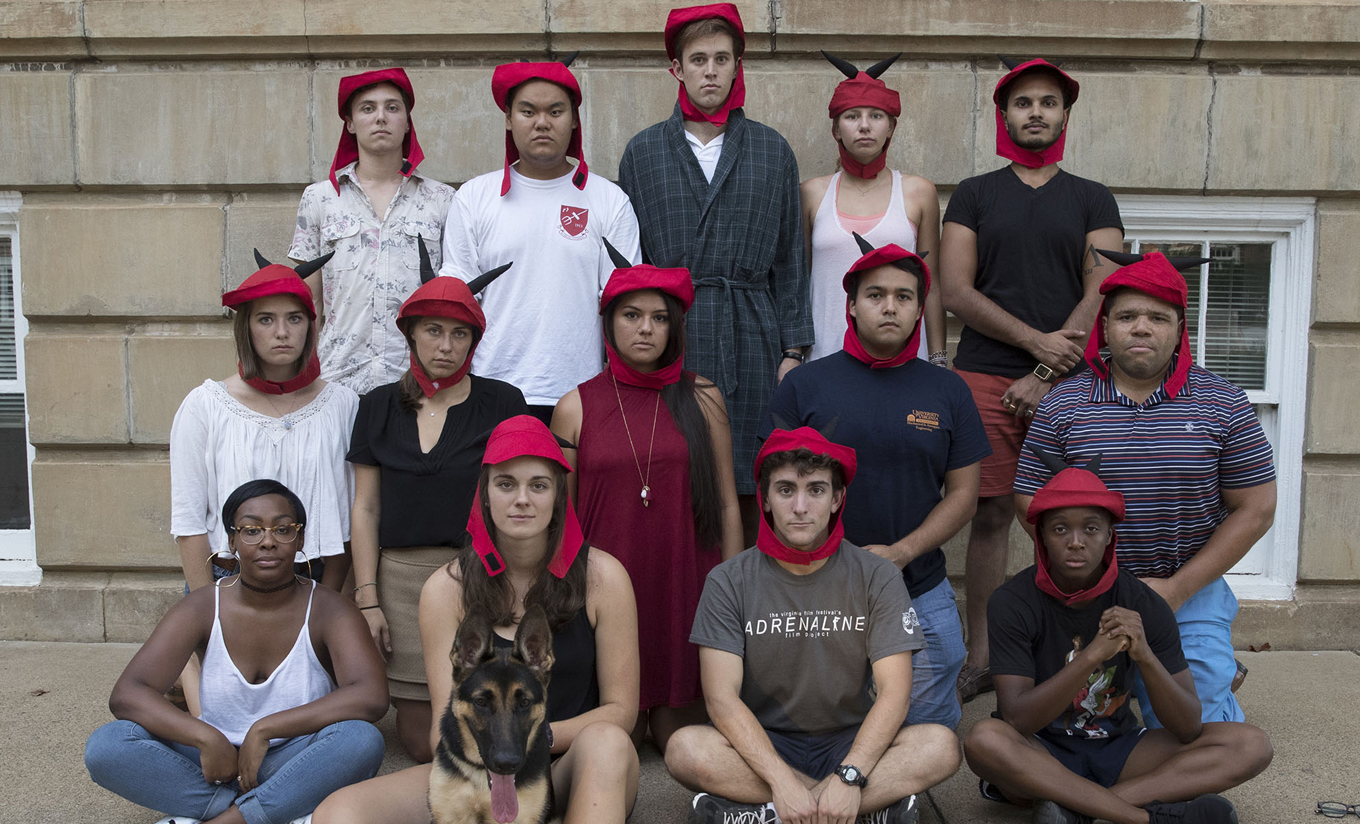 This society formed during Mardi Gras 1902, when “a number of convivial though much respected and scholarly students, residing at the southern end of East Range, formed an organization known as the HOT FOOT Society whose avowed purpose was to stage a number of open air soirees throughout the year,” according to its official history. Holsinger took this photo of the group on May 26, 1916.

Today, service is a key part of the IMPs’ mission. The group brings donuts to the library around exam time, awards service fellowships, holds an annual event to help transfer students acclimate to UVA, bestows a faculty award, and more. 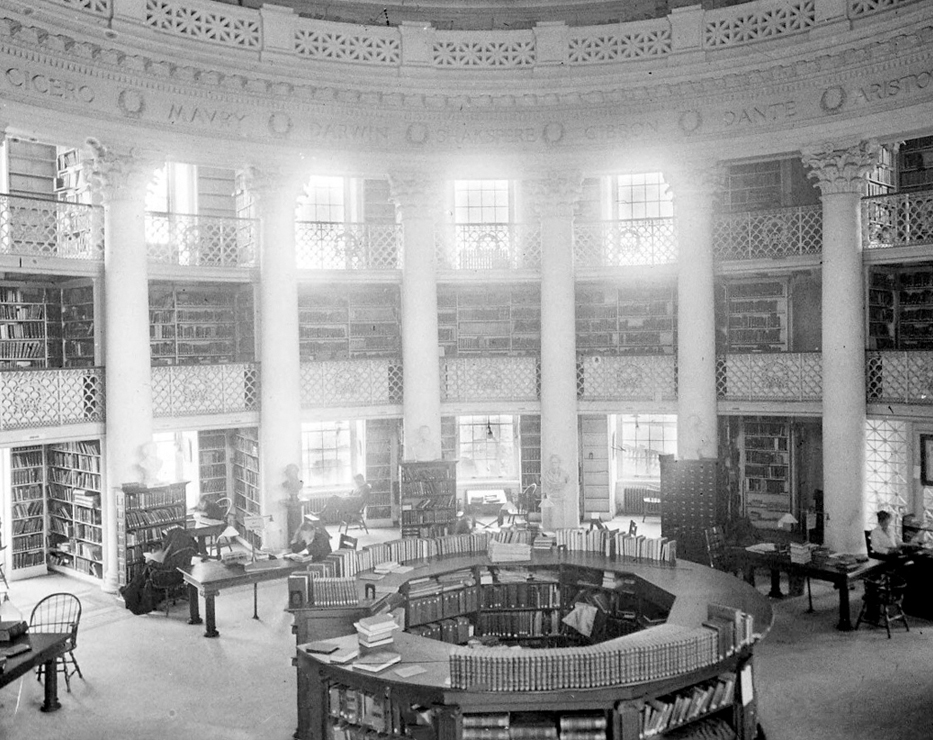 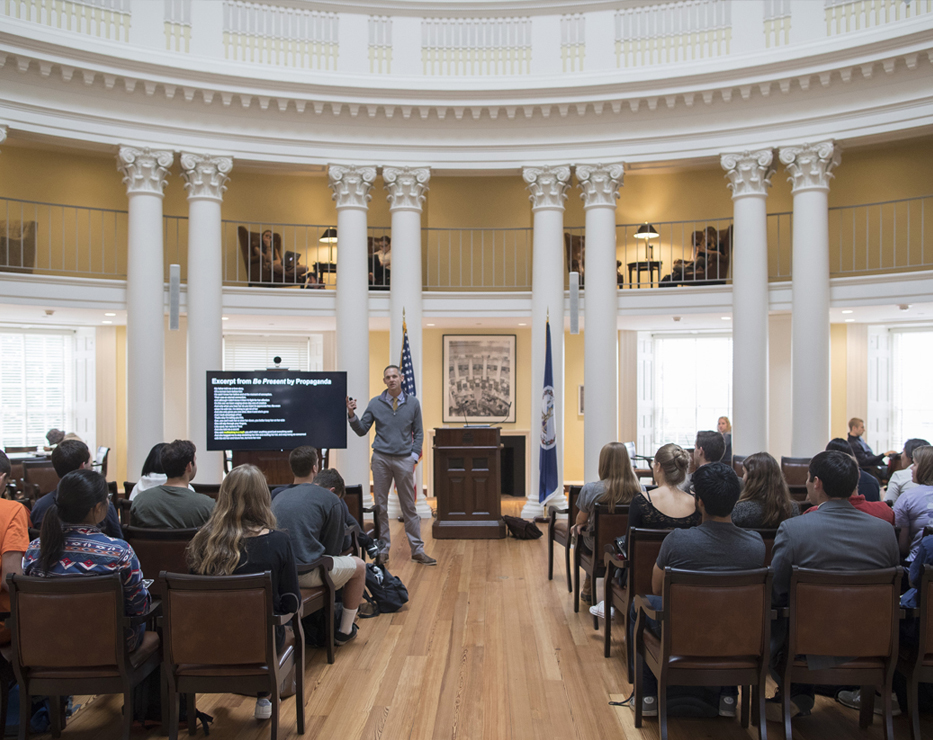 The Rotunda served as the University’s library until the construction of Alderman Library in 1938. Holsinger took this image in 1912, capturing students studying in the Dome Room.

The Rotunda recently returned to its place as a center of student life at the University, after a multi-year restoration that saw classrooms and student study spaces return to the building. Professor Jason Williamson’s Project Management class recently met in the Dome Room shortly after its reopening. 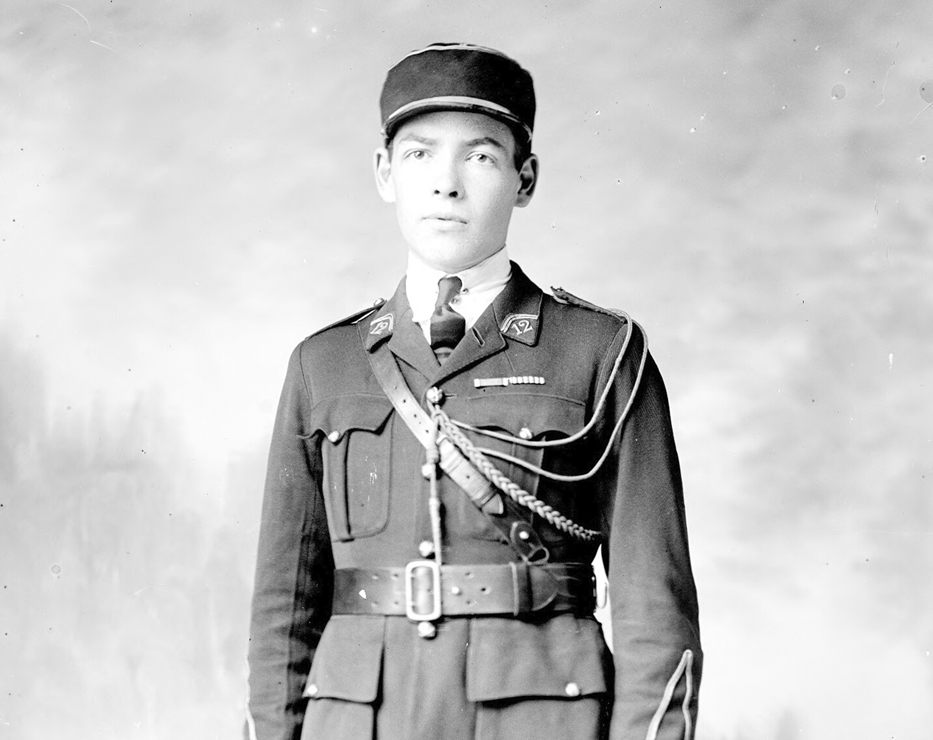 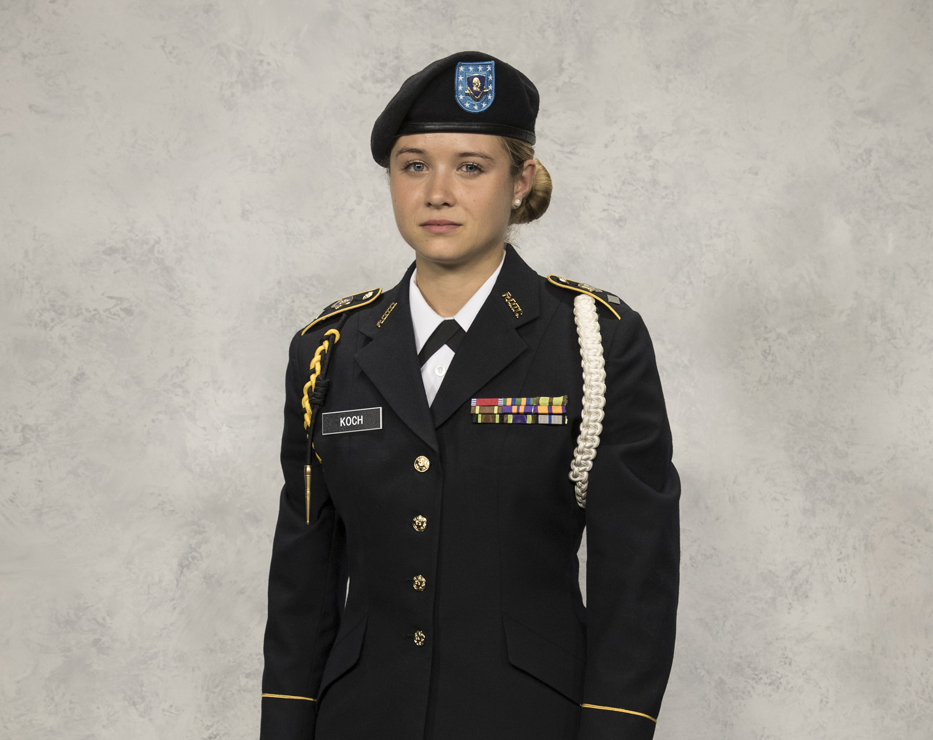 Holsinger took many military-themed photos around the time of World War I, including several of the Students Army Training Corps on Grounds. In June of 1919, about three weeks before the Treaty of Versailles formally ended the war, he took this portrait of Jack Nevin. It’s unclear if Nevin was ever a student; the image is tagged “World War I” and “U.S. Army.”

Sarah Koch, a fourth-year Middle Eastern studies major, was recently named one of the top 10 Army ROTC cadets in the country. “I’m honored by my ranking on the Order of Merit List,” Koch said. “I also think it’s a really good reflection on the UVA Army ROTC program. We definitely have one of the best programs in the country.”

5 Homer and the Lawn 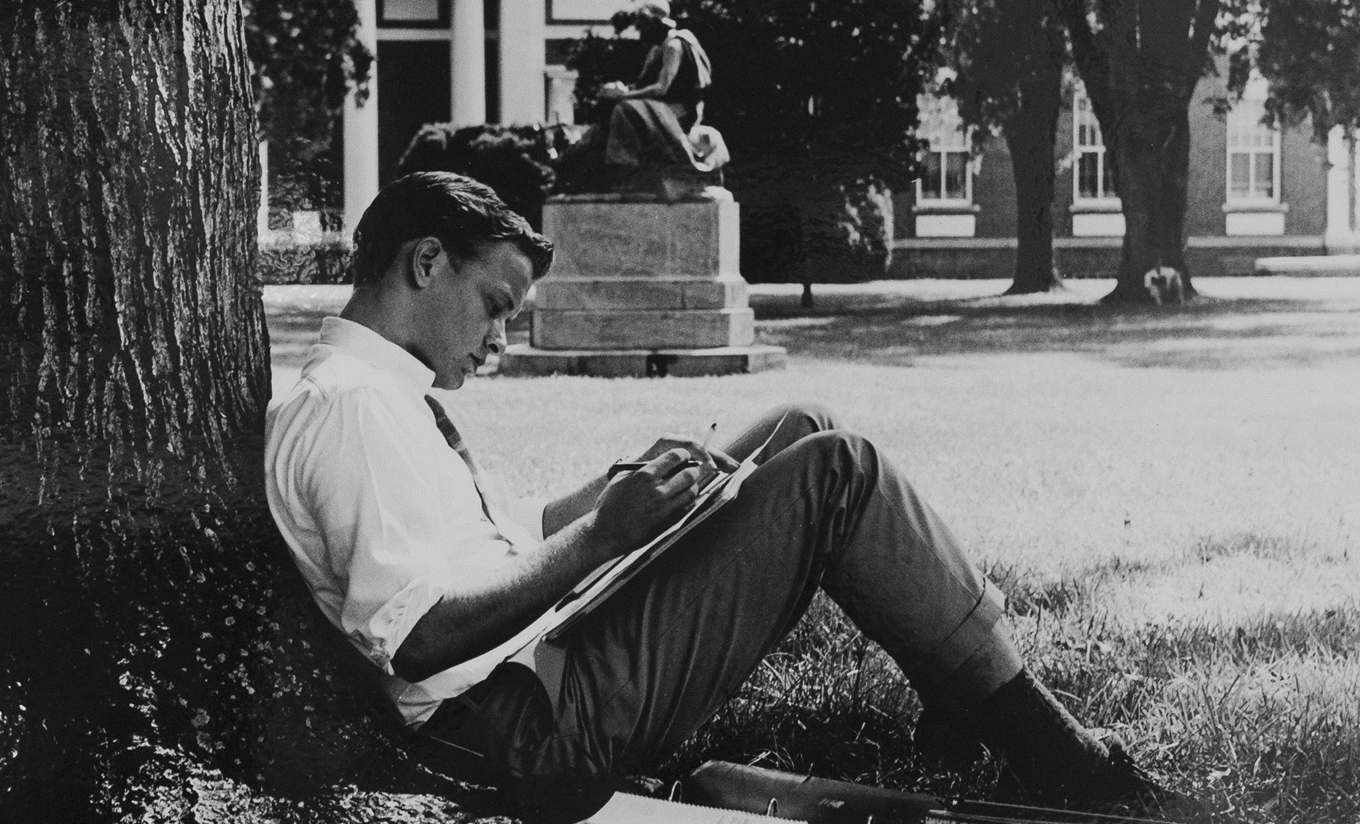 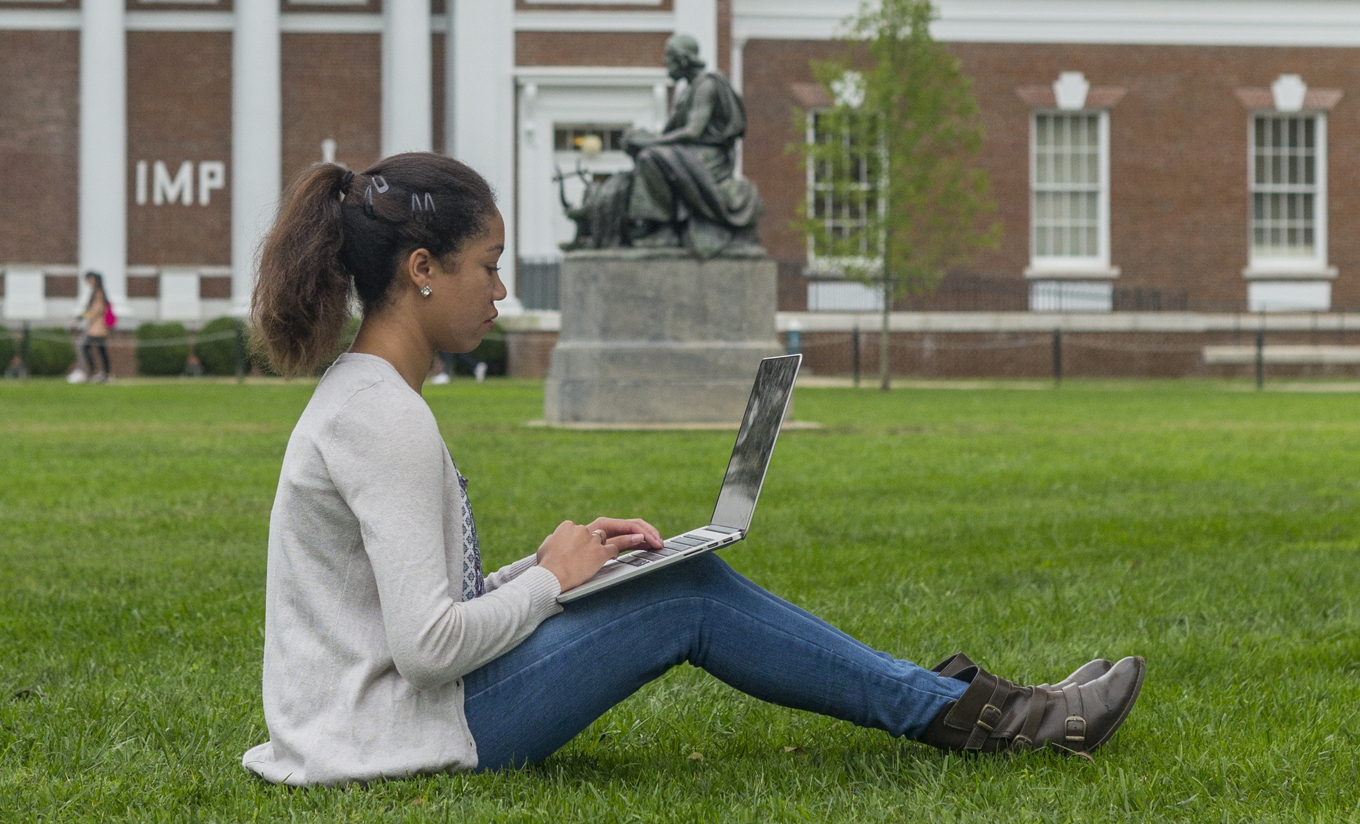 Roseberry photographed this student studying on the Lawn in 1960. Virginia artist Moses Ezekiel presented the Homer statue to the University in 1907. If it could tell stories, it would have some good ones.

Current student Hayley Martin, the daughter of UVA’s first African-American rector, George Keith Martin, sits in the same spot, though the tree in the original image is gone. 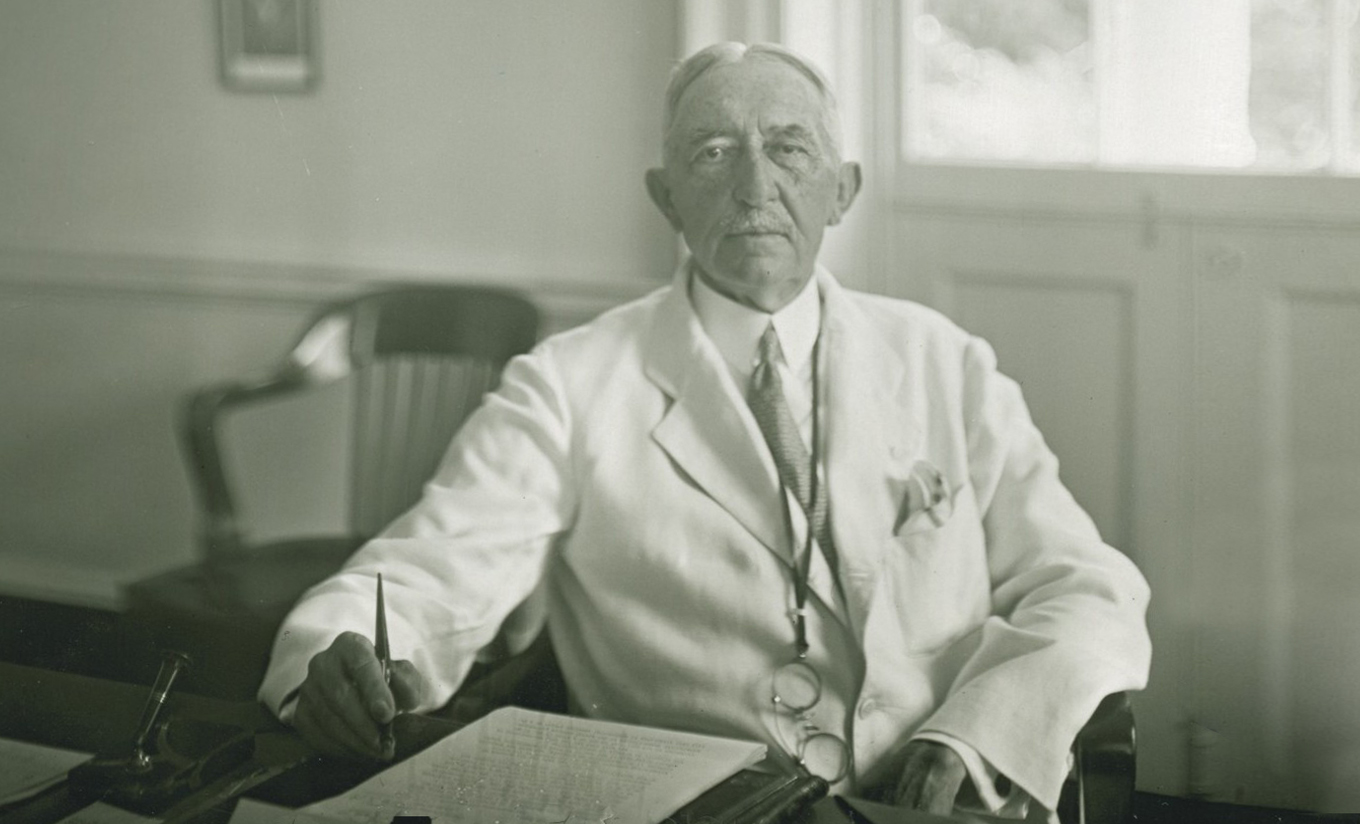 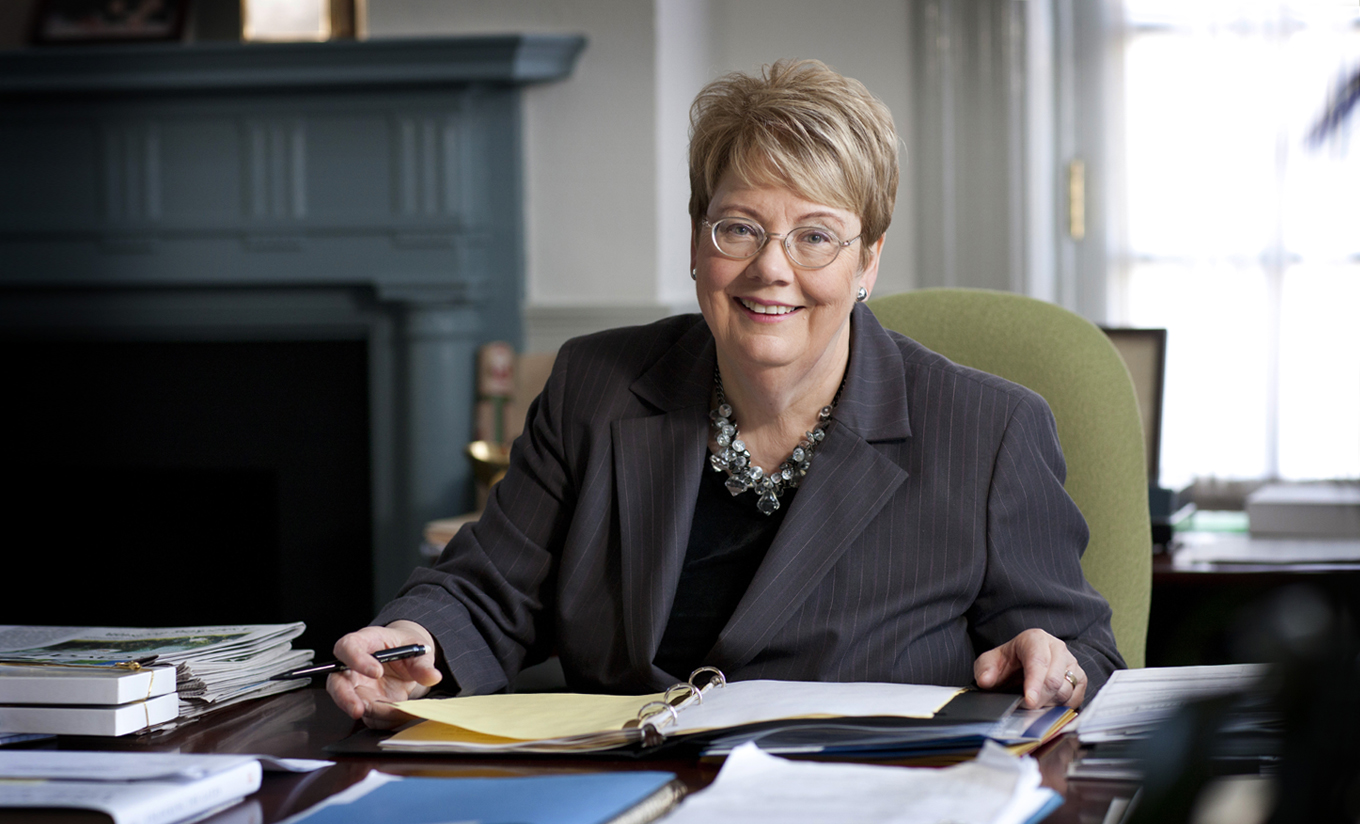 Holsinger took several photos of Edwin A. Alderman, the University’s first president. However, the photographer of this one – taken circa 1910 and cataloged in UVA’s Albert and Shirley Small Special Collections Library – is unknown. Alderman took office in 1905, after the Board of Visitors broke with tradition and created the presidency. He led the founding of the Curry School of Education and the expansion of the library system; Alderman Library and Alderman Road bear his name.

Teresa A. Sullivan is the University’s eighth president and the first woman to serve in that role. She took office on Aug. 1, 2010, and has led UVA through a period of significant transformation and great progress, including the creation and implementation of the Cornerstone Strategic Plan that will guide the University into its third century. 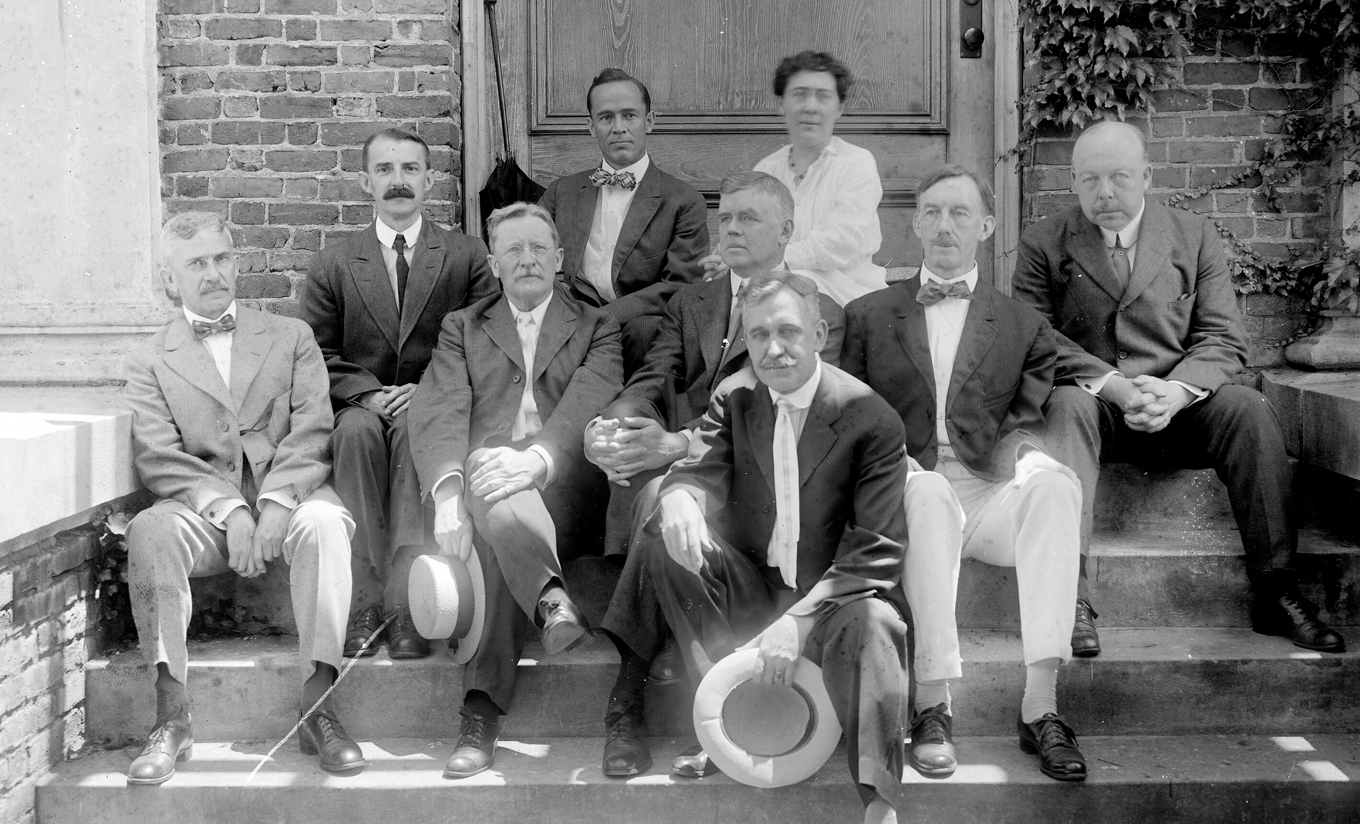 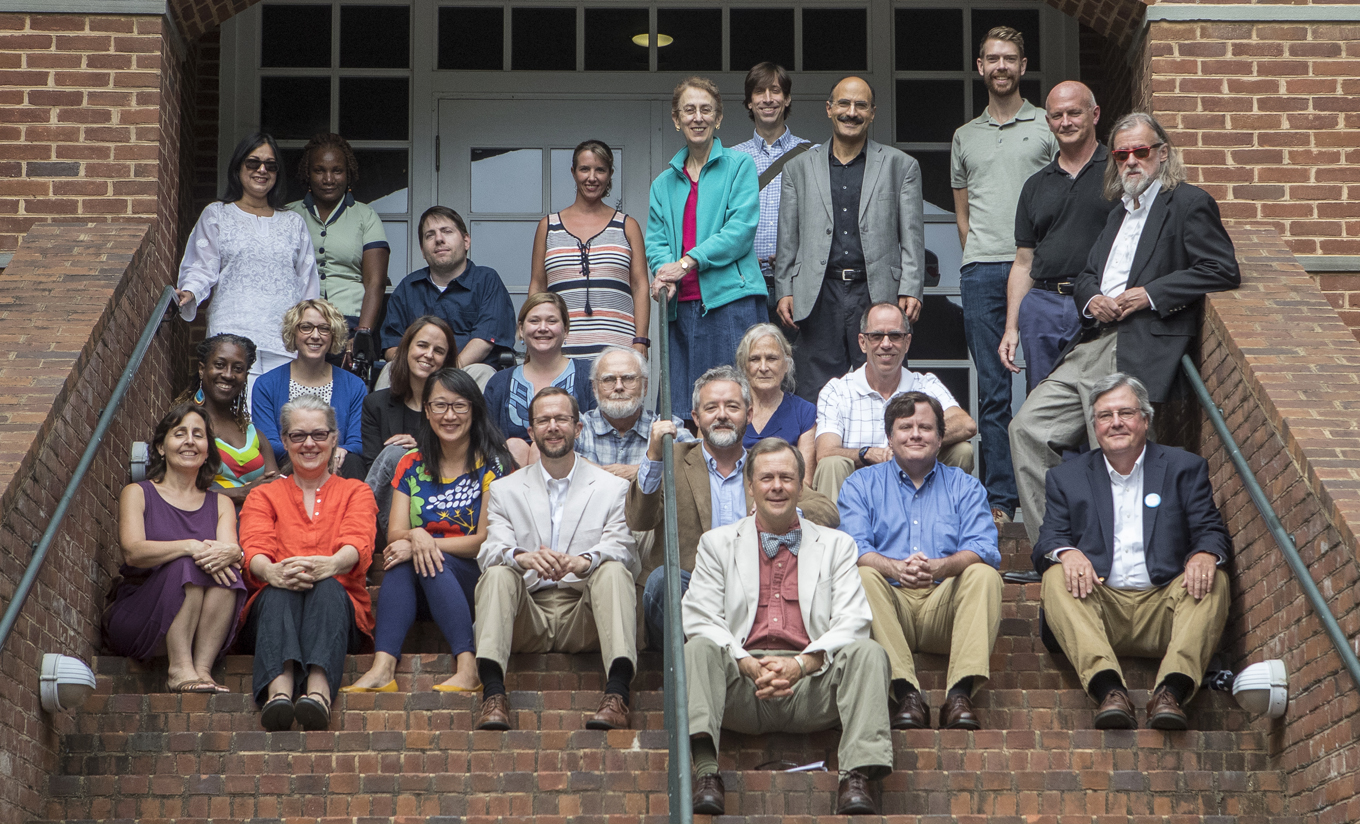 Identified only as University of Virginia English professors, this group posed for Holsinger in the summer of 1916. While their names aren’t listed, we’re reasonably sure of the two men who held endowed professorships: Charles William Kent, the Linden Kent Memorial Professor of English Literature (third from left); and C. Alphonso Smith, Edgar Allan Poe Professor of English (far right). Second from left might be John C. Metcalf. The man in front holding his hat is most likely Charles G. Maphis, a dean and director of the University’s summer school.

Today, the Department of English comprises 61 tenured or tenure-track faculty and about 300 undergraduate students; it’s one of the largest departments in the College and Graduate School of Arts & Sciences. 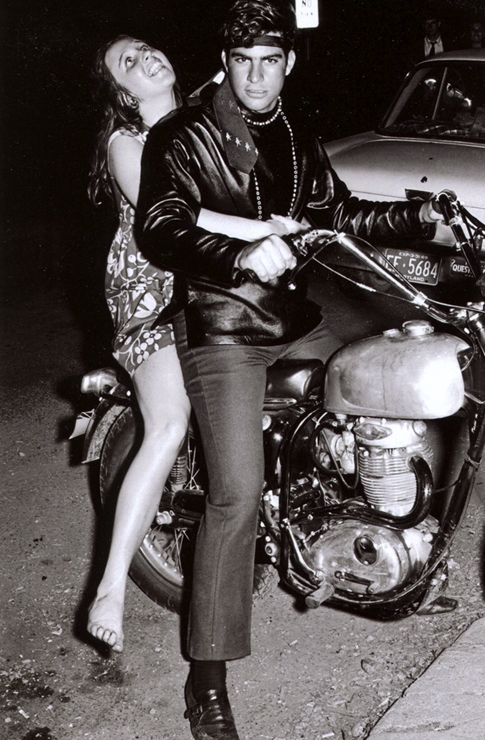 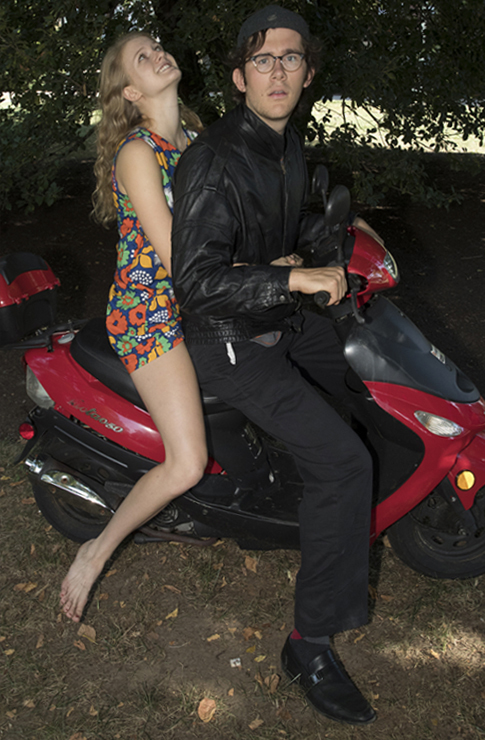 Roseberry took this image in 1968 on Madison Lane during Easters Weekend, a long-standing annual party that ended in 1982.

Students Kate Atkenson and Jeremy Kemp, both members of the University Guide Service, recreate the picture using a Vespa scooter. 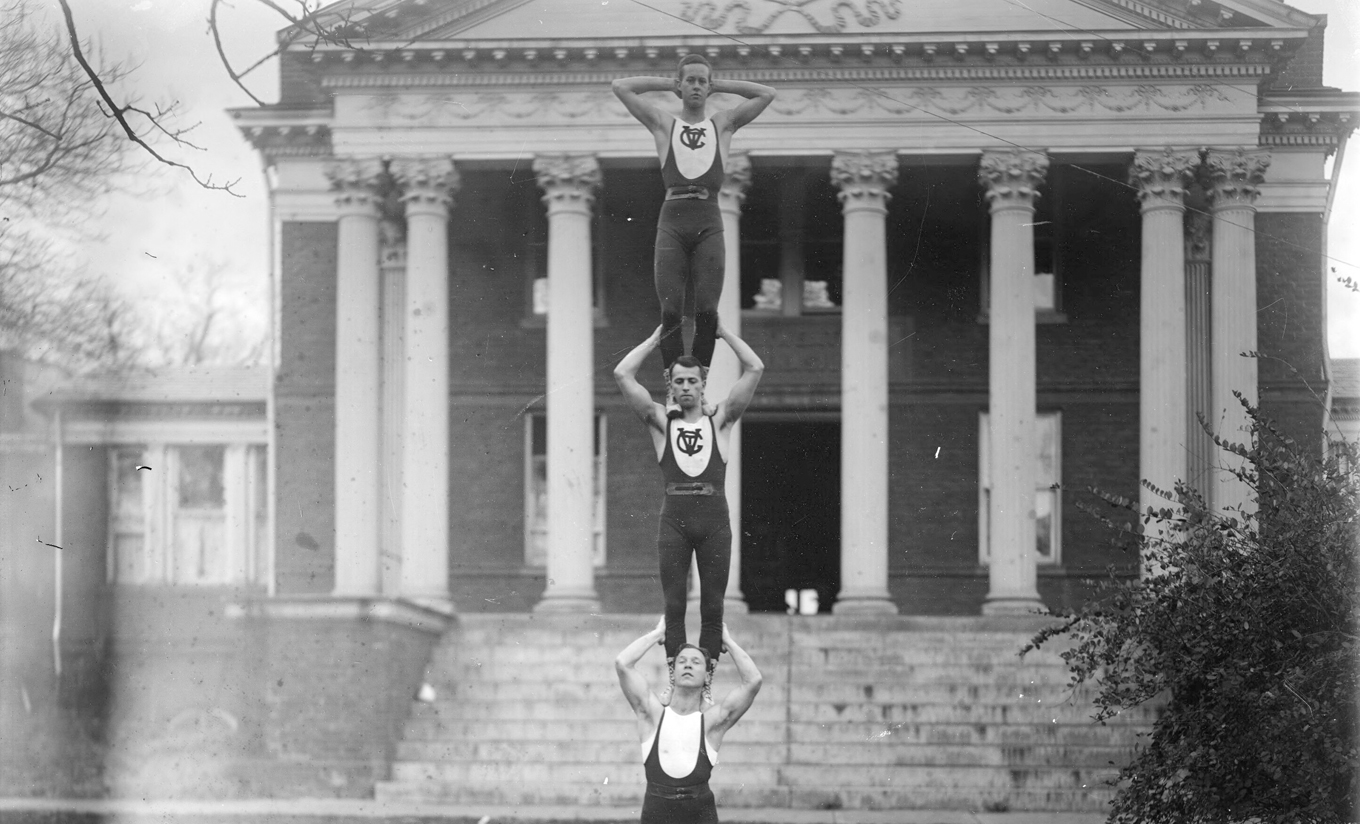 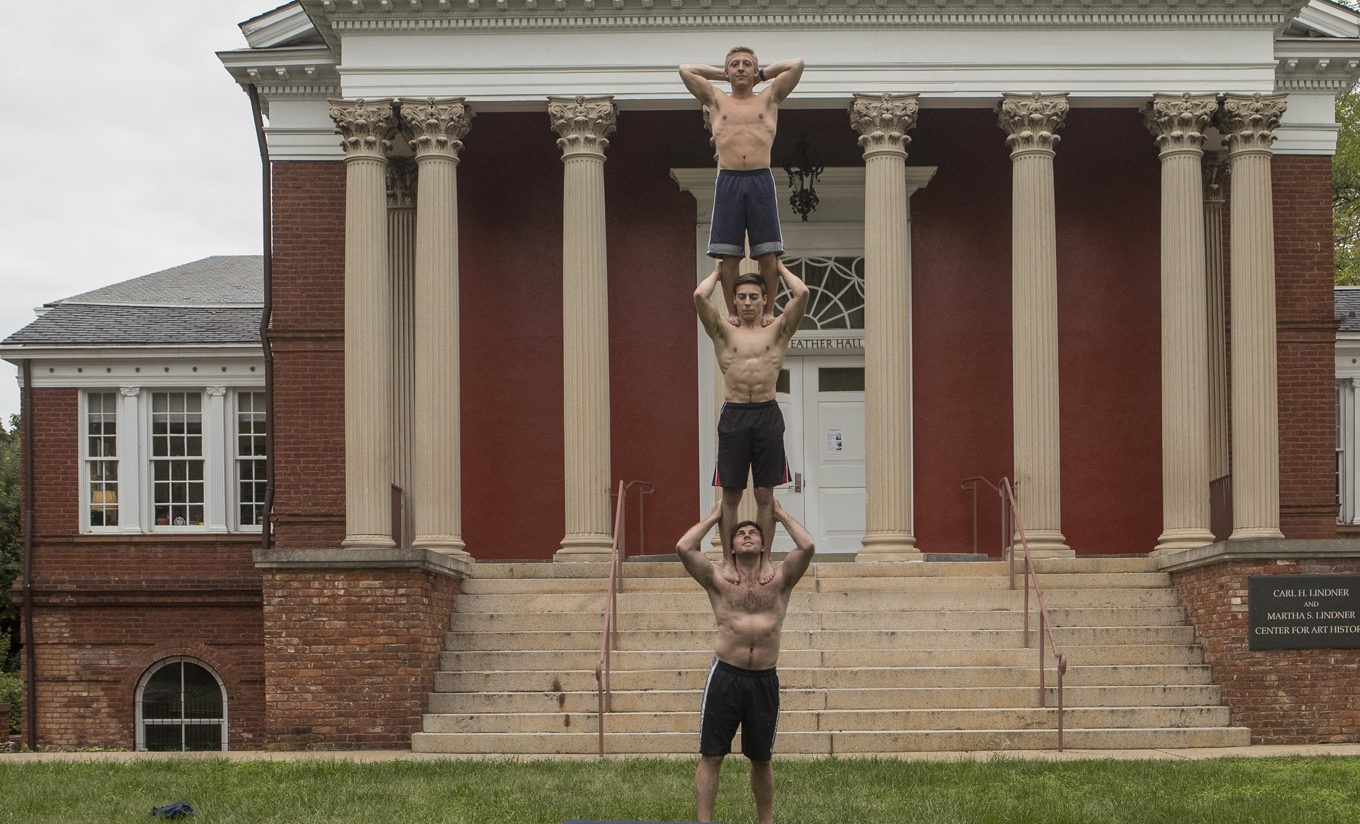 Members of the gymnastics team pulled off this photograph for Holsinger on Dec. 8, 1913. He took several other images of the team, including team portraits.

Members of the Gymnastics Club remade the photograph in front of Fayerweather Hall, though with the addition of some safety provisions.