University of Virginia faculty members are helping Virginia’s coastal communities rise to the challenge of encroaching seas – especially in heavily populated areas such as the one shown above in Norfolk. The Hampton Roads region faces some of the highest sea-level rise rates in the world.

“As a state institution, we have a particular obligation to engage in these issues that are a threat locally, nationally and globally,” said Associate Architecture Professor Phoebe Crisman, who directs UVA’s Global Environments and Sustainability program.

Like many East Coast industrial sites, Harbor Park was originally water and wetland, but was filled with debris and rubble as developers needed land for railways or factories.

“Norfolk shares the same problem with cities like Boston and New York City, where there has been a lot of landfill of low-lying coastal areas over time,” said Crisman, who has worked on environmental issues in Norfolk for more than 12 years, often with the nonprofit Elizabeth River Project. “Not only are these areas going to flood, they are often contaminated land that will increasingly compromise water quality and ecosystems.”

Her students developed proposals for rehabilitating the dry land, creating wetlands to absorb water, or building walls and earthen berms to protect the railway and interstate. Crisman hopes Harbor Park will become a test case in Virginia and nationwide.

As a state institution, we have a particular obligation to engage in these issues that are a threat locally, nationally and globally.”

“For me, the most effective strategies acknowledge areas that will flood and allow those areas to become wetlands or other repositories,” Crisman said. “Of course, there is a certain point where you need to stop the water in dense urban locations. So you do everything you can to mitigate flooding and develop multiple resilient lines of defense.”

Additionally, Goodall is examining cyber-physical engineering solutions such as smart infrastructure that automatically redirects water, while Wall’s landscape architecture graduate students have studied solutions from flood-prone nations like the Netherlands.

“The Dutch no longer build dikes to hold back the sea. Instead, they know where they will give up land and how they will give it up,” Wall said. “There has to be a transition from hard solutions to more dynamic negotiations with water.”

Sea-Level Rise Over Next Century in Hampton Roads

Roads Could Be Flooded in Hampton Roads

The research is “incredibly urgent,” Crisman said. She emphasized the importance of analyzing costs, communicating with local officials and shoring up K-12 education to prepare future generations to cope with sea-level rise. Crisman has already designed and built a 120-foot “Learning Barge” floating classroom in Norfolk and advocated to make watershed education a required element of Portsmouth’s fourth-grade curriculum. 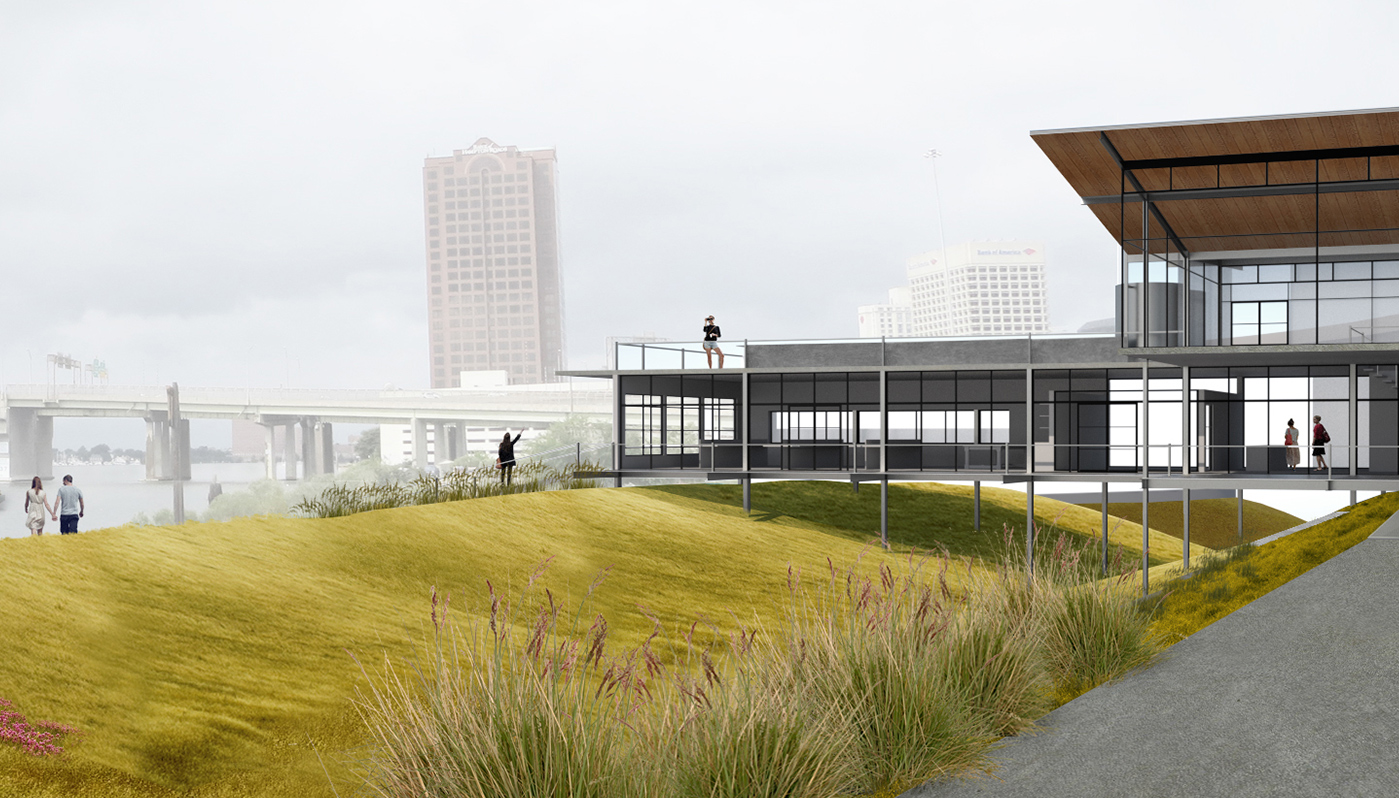 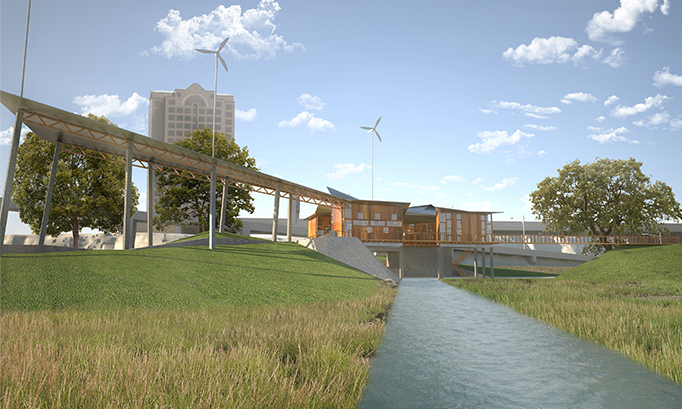 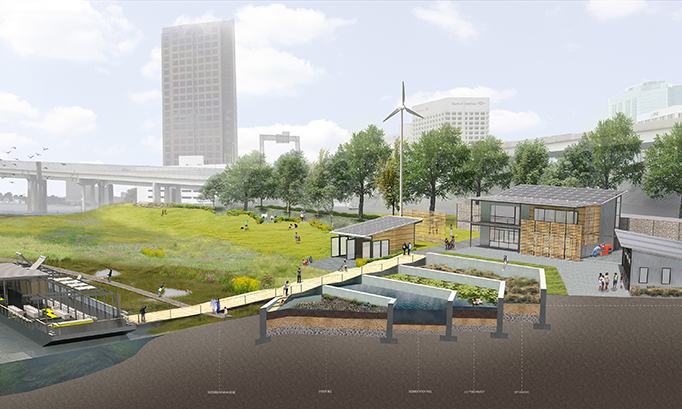 Clockwise from top, renderings by 2016 graduates Jenny Adair and Zeph Ruggles and master’s student Scott Levine show the students’ proposals for Norfolk’s Harbor Park, each one aimed at protecting nearby transportation links and other resources while creating a more resilient coastline.

Renderings by 2016 graduate Jenny Adair, master’s student Scott Levine and 2016 graduate Zeph Ruggles show the students’ proposals for Norfolk’s Harbor Park, each one aimed at protecting nearby transportation links and other resources while creating a more resilient coastline.