Discovery never stops at the University of Virginia

In academic classrooms and scientific laboratories, in medical trials and research institutes, discoveries occur constantly at an institution that follows its intellectual curiosity in pursuit of solutions and new knowledge.

Even in the well-worn corners of the Academical Village and Grounds, discovery remains a staple. Archaeologists Benjamin Ford and Stephen Thompson have enjoyed nearly two decades of exploration of those discoveries. Principals at Rivanna Archaeological Services, Ford and Thompson each earned doctorates in anthropology from UVA. When projects such as construction or renovation uncover artifacts or unusual information, Ford and Thompson often are not far behind.

Their analysis and research from the past two decades has helped to refine and expand understanding of UVA’s rich history.

Here are 10 discoveries from that time period, with insight provided by Ford about their historical or archaeological significance.

Perhaps the single most important site that Rivanna Archaeological Services has investigated at the University, and one that I am extremely proud of having worked on. I vividly remember our first day. We started clearing soils at the west end of the site and within the first hour we started identifying burials. I don’t think there was a day that went by where we didn’t discover one or more burials.

While it is not that unusual to find a stray burial outside a cemetery enclosure, no one at RAS or UVA anticipated the extent or nature of the burial ground. It was not until we realized that the burials likely represented a community that we came to the conclusion that the burial ground had to be the final resting place of enslaved African-Americans associated with the University. We immediately went back into the University archives and ultimately found two references to burials of “servants” north of the University Cemetery.

Discovered while I was still a graduate student in the Anthropology Department, I assisted in excavating this site in the mid-1990s and in leading a broader investigation a decade later. The discovery of a cemetery that contained 32 individuals was a surprise. Because the number of interments far exceeded the number of known burials, the implication was that the cemetery may contain members of the larger African-American “Canada” community. The sheer quantity and types of material culture recovered from this site attested both to its long occupation, as well as to the women and children who lived and worked there.

Material recovered from the Foster site

The Foster Site and Cemetery is now listed on the National Register of Historic Places and is significant to Charlottesville and the University of Virginia, the Commonwealth of Virginia and the nation because of its ability to document a free black, post-Emancipation, African-American family within larger white society and, as an archaeological site, because of its extensive, well-preserved and intact cultural deposits and features.

On the Academical Village

Structure 1 is a circa 1831 dependency in the Pavilion VI garden, typical of many kitchens, wash houses and “accommodations for servants” that were constructed by pavilion residents and hotelkeepers as work and living spaces for free and enslaved African-Americans. Structure 1 is significant because of the considerable amount of archaeological research that has been conducted there, and due to the future information potential of this resource.

A model of the structure interior

Rendering of the structure in Pavilion VI garden

Because of the archaeological work conducted at Structure 1, we now know much more about antebellum dependencies, their size and function, their relationships with adjacent spaces and, of course, more about the individuals who lived and worked there.

Deciphering the history and physical development of the University’s road system has been an ongoing challenge. Knowing when a road was constructed, how its course changed over time, determining when different types of surfaces were adopted and how they may have looked are questions frequently addressed during archaeological work in the Academical Village. Two recent “road” discoveries shed light on the development of the University’s early circulation system.

McAdam surface in front of Hotel B

Dating to the late 18th-century James Monroe occupation of the property, a short section of what may be the original Three Notch’d Road was identified near the University Cemetery in 2015. The road was a concave, approximately 12-foot wide and 59-foot long section that contained significant gravel and numerous wheel ruts. A road in this location is depicted on several mid-19th-century maps of the University.

A proponent of advances in technology, in 1825 Jefferson implemented paving a road surrounding the University using John Loudoun McAdam’s road-making system, known as “macadamization.” At the time, the University’s McAdam road was the second in the nation to adopt this state-of-the-art designed road. (The Boonsboro Turnpike Co. constructed the first macadamized road in America, located between Hagerstown and Boonsboro, Maryland, circa 1822-23.)  During a project in 2008, RAS identified and documented several road surfaces east of and adjacent to Hotel B on the East Range terrace. The earliest road surface documented in this location is believed to be Jefferson’s McAdam surface.

Elsewhere throughout Grounds, an Art Deco-patterned brick and concrete surfacing dating to the early 1920s has been identified in most courtyards and alley corridors.

Of particular note during excavation of a buried brick cistern in the east courtyard of the Rotunda, several engravings were encountered that were inscribed in the wet cement pargeting during the cistern’s first-half-of-the-19th-century construction. Inscriptions included the names of some of the workmen believed to have constructed the cistern.

If there is one ubiquitous feature that RAS has encountered in the Academical Village, it is the brick box drain. Early drains at the University were square-shaped linear conduits, constructed of brick, and often containing pargeted interiors. These served to drain buildings and structures, as well as low-lying areas of the Academical Village.

Described in the late 19th century as a “a large cobweb in their alignment,” the University’s brick drains were frequently leaky and stopped up with trash and debris, and often suspected as the cause of disease. The brick box drain was in use at the University until the mid-1880s, when a modern system of vitrified, glazed ceramic pipe replaced them. Designed and installed by a nationally prominent sanitary engineer, Ernest W. Bowditch, portions of this system are still in use today.

The Foster Family Site and Structure 1

Since I have worked at the University, RAS has recovered two cowrie shells – one from the Foster family site, and a second from Structure 1 in the Pavilion VI garden. There are only three recorded finds of cowrie shells in the Central Virginia area (the third discovery is from an African-American domestic site at Monticello).

Cowrie shells are marine gastropod molluscs native to the tropical waters of the Pacific and Indian oceans. Cowrie shells have been used for centuries by Asian, Indian and African cultures in a variety of ways. In pre-Emancipation Virginia, cowrie shells are generally interpreted as markers of African-American ethnicity, important to the construction of cultural identity. Holding such an artifact, I often wonder about the trip it made to come to Charlottesville and the University of Virginia, and what it may have meant to the person who owned it.

This partial reed-stem tobacco pipe bowl was recovered from soils associated with Structure 1, an antebellum dependency in the Pavilion VI garden. Missing one-third of the bowl, the yellow-green glazed earthenware pipe portrays a bearded and mustachioed man. The pipe has been identified as a German-made “Philosopher” pipe, also known and marketed in the United States as a Ulysses S. Grant pipe, dating from the 1865-70 period. These pipes were made explicitly for the American market and particularly the Southern states.

Grant was the general who led Union forces to victory in the Civil War, a supporter of Reconstruction, a strong civil rights advocate who signed the 15th Amendment and the Civil Rights Act of 1875, as well as signing the first and second Enforcement Acts, which protected the civil rights of African-Americans, and taking a strong stand against racial segregation. Grant would not have been revered by Southern whites in the immediate postbellum period. His military and presidential accomplishments, however, likely garnered widespread support among late 19th-century African-Americans.

Often our archaeological research allows us to tease apart a mystery and reconstruct a chronology or series of events related to our finds. As part of a broader upgrade to the utility system in the Mews, RAS performed mitigation in advance of anticipated impacts to soils in the subfloor crawlspace underlying this circa 1831 kitchen outbuilding. The Mews was an architectural enigma, an unusual building the original core of which had been added onto numerous times. The discovery of a serpentine wall underlying the original kitchen outbuilding led to an analysis of the exterior facades.

Archaeology under the kitchen floor

The outbuilding's unusual southern façade, a short span with recessed panels, resembled a garden wall on the opposite side of the Pavilion III garden. The discovery of the similarity of the two walls suggested that the Mews kitchen was constructed using two original Jeffersonian walls and incorporating them as part of the building’s fabric. It is not yet clear why this unusual construction method was utilized by the University, however it has now been documented in McGuffey Cottage, another early 19th-century outbuilding. 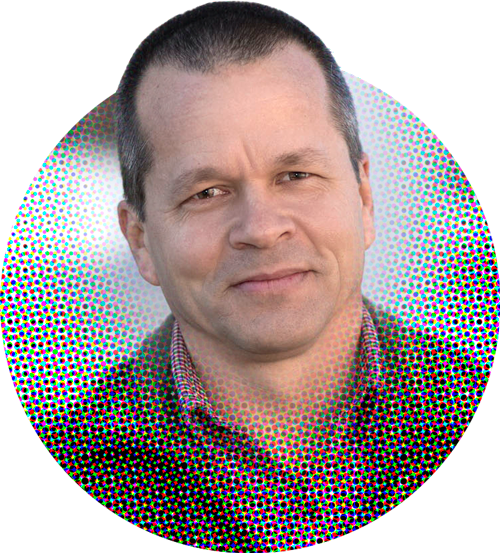 Benjamin Ford has more than 20 years of experience as an archaeologist. He earned a B.A. in Anthropology in 1984 from Connecticut College and an M.A. and Ph.D. in 1998 in Anthropology at UVA. 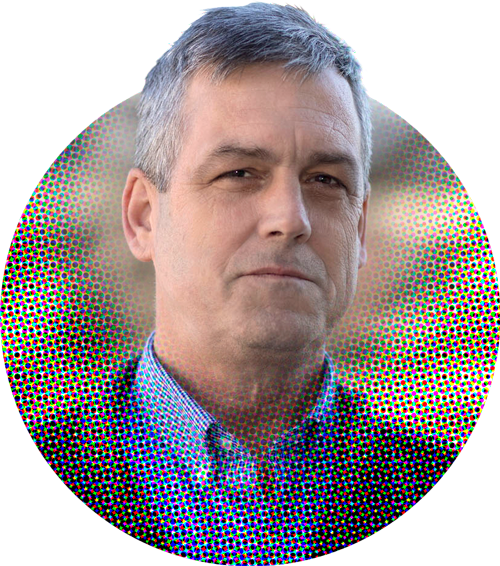 Stephen Thompson has more than two decades of archaeological experience. He earned a B.A. and Ph.D. in Anthropology from UVA and an M.A. in Archaeology from the University of Sheffield, UK.