Huddled for hours and days in their Lacy Hall work space this spring, members of the Virginia Baja Racing Club designed and built an open-wheel, off-road racecar inspired by the buggies that cut through the notoriously unforgiving desert course of the Baja 1000 off-road race.

The UVA engineering students worked down to the wire to get the vehicle race-ready in April, while keeping up with their studies.

Pulling countless all-nighters welding and fitting together parts, the team took full advantage of the machinery that fills Lacy Hall’s 20,000 square feet, all in a mad countdown to a Baja collegiate competition in Tennessee. Two things made it possible for them to excel: the hands-on-learning in Lacy and their drive to succeed. 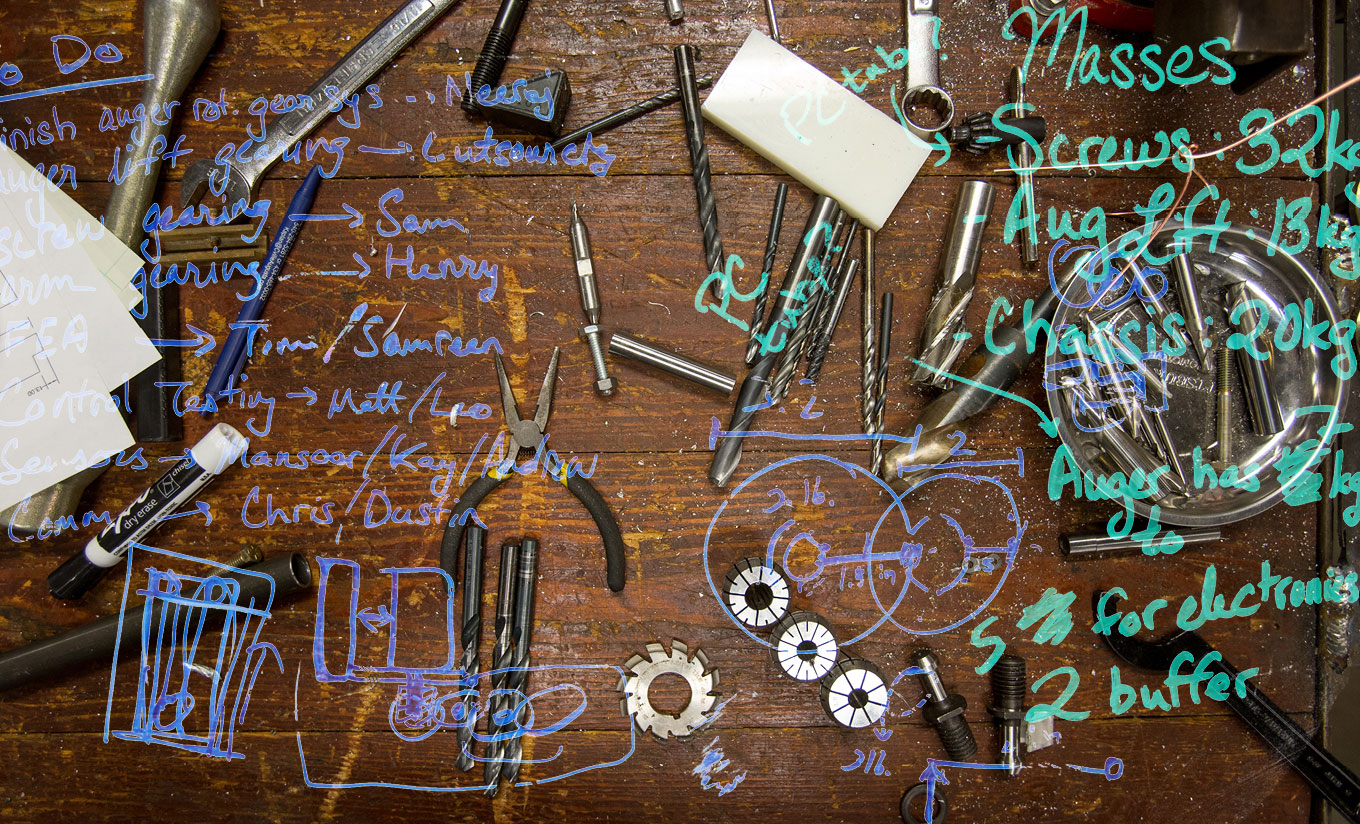 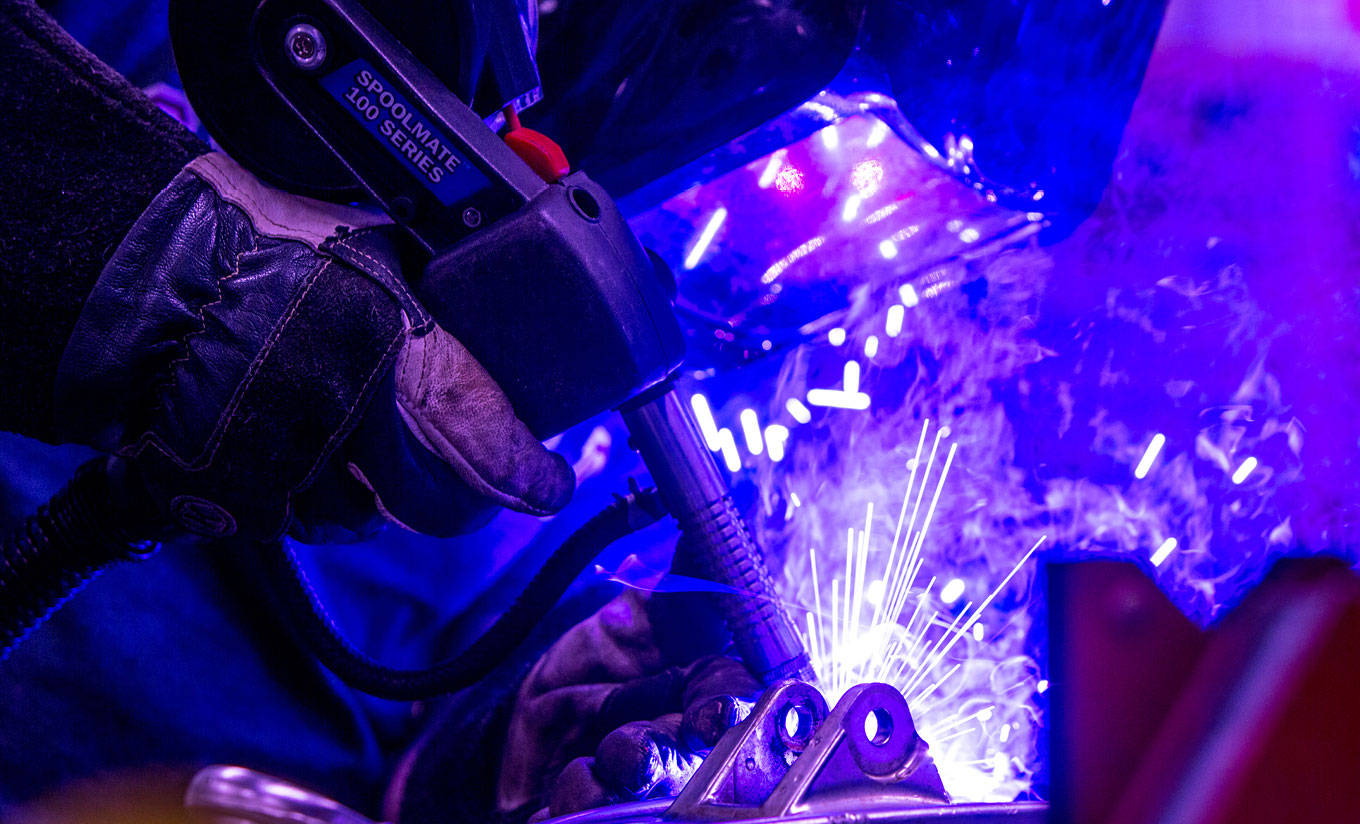 Building a car is no small accomplishment. The rules of the competition required every team to power their vehicle with a Briggs & Stratton 10-horsepower engine. The vehicle must have four or more wheels, but they cannot be in a straight line. The buggy must be safe on rough terrain. And the electrical system must include at least two kill switches, a brake light and a battery power source. Pages and pages of requirements guided the Baja crew’s vehicle design, which was funded by the School of Engineering and Applied Science and UVA’s Parent’s Fund.

It’s more than just tubes and wheels. There’s a lot that goes into it.” 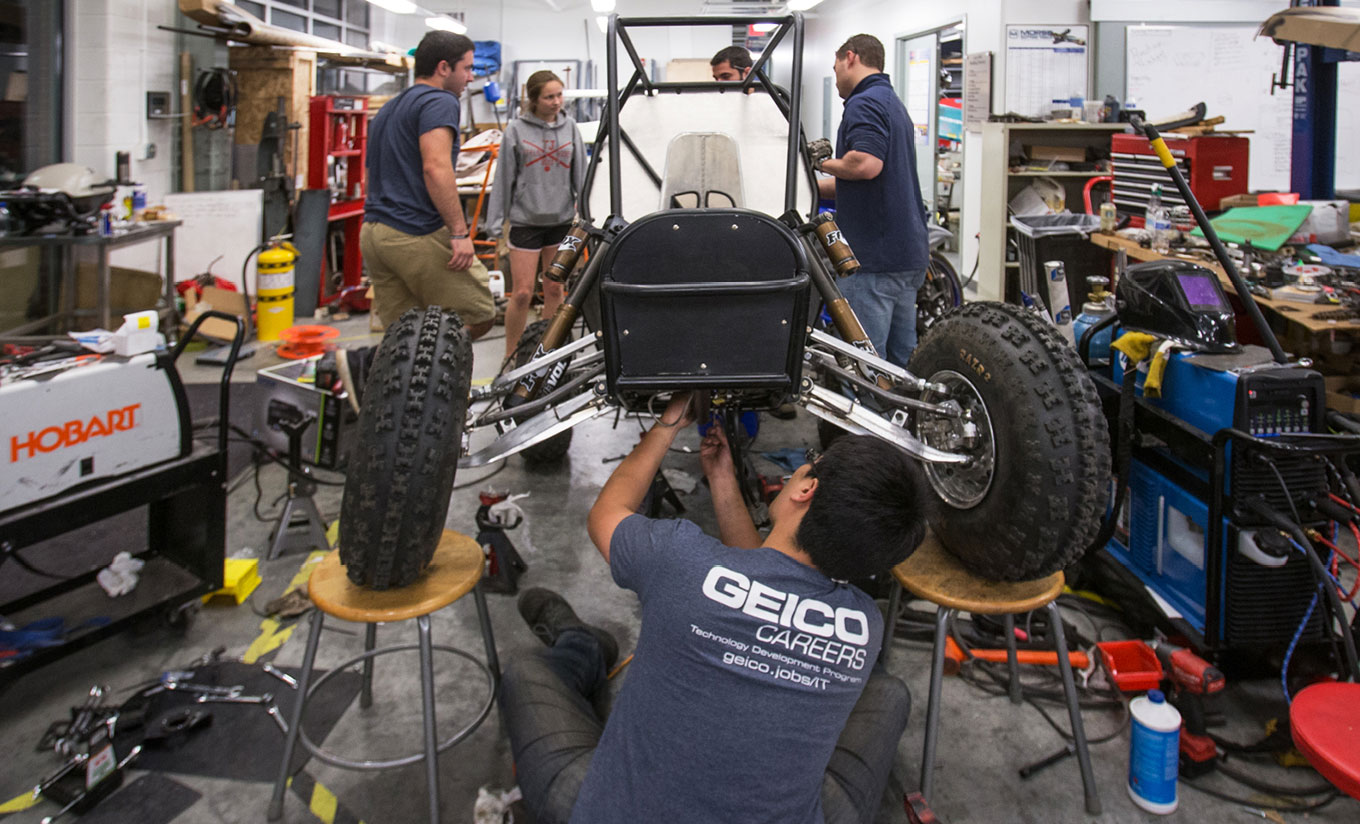 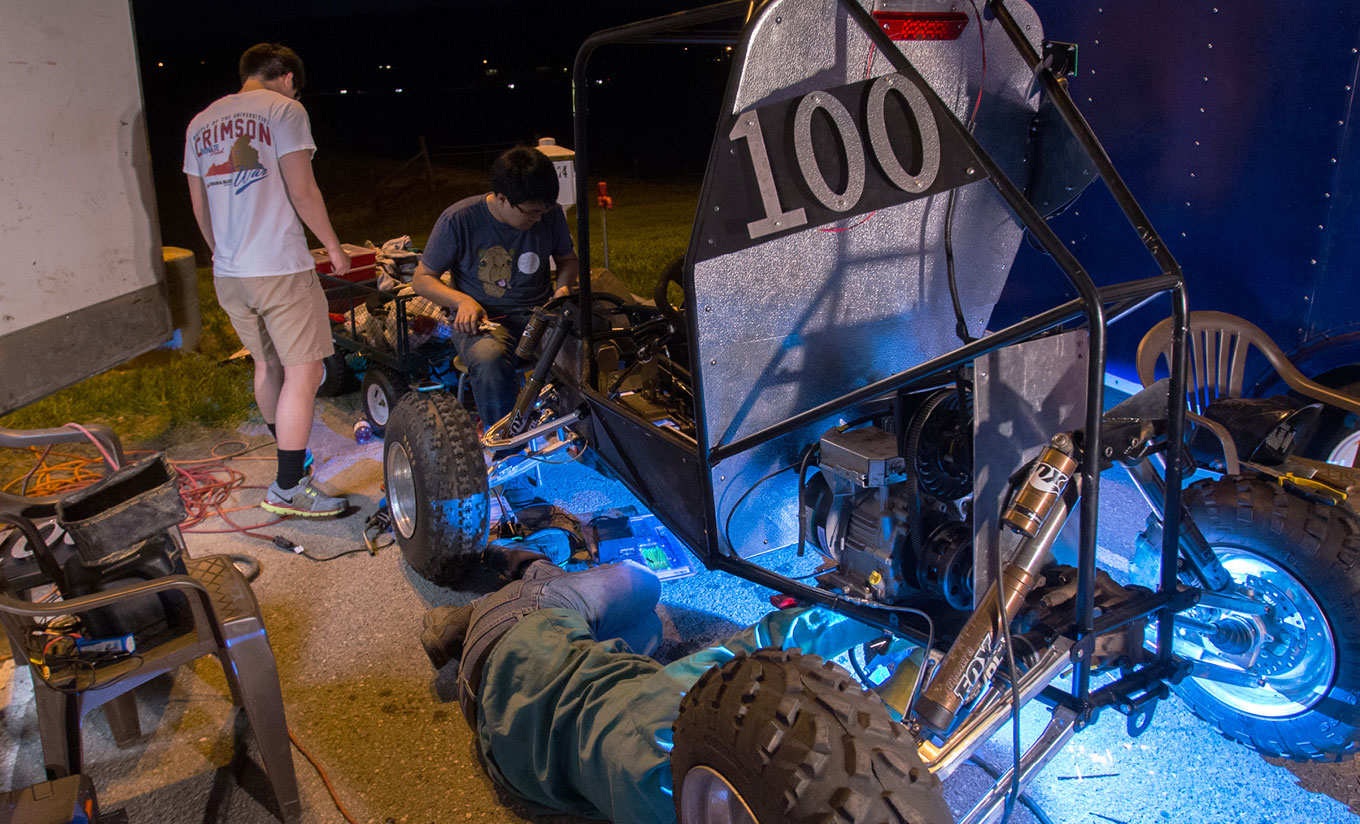 “Our actual goal was to design and build the car,” club Co-President Christopher Kim said. But what the team ended up doing was a series of design-and-build cycles on individual parts of the vehicle. “We built small things, put them together to see if they worked, and then put them on the car to see if it worked,” he said. It would become a textbook case of experiential learning.

“Of course, we had to build a frame,” the fourth-year computer science major said. “It’s more than just tubes and wheels. There’s a lot that goes into it.” So much so, in fact, that Kim said the team has a sizable collection of left-over suspension arms they are using to build a wind chime. 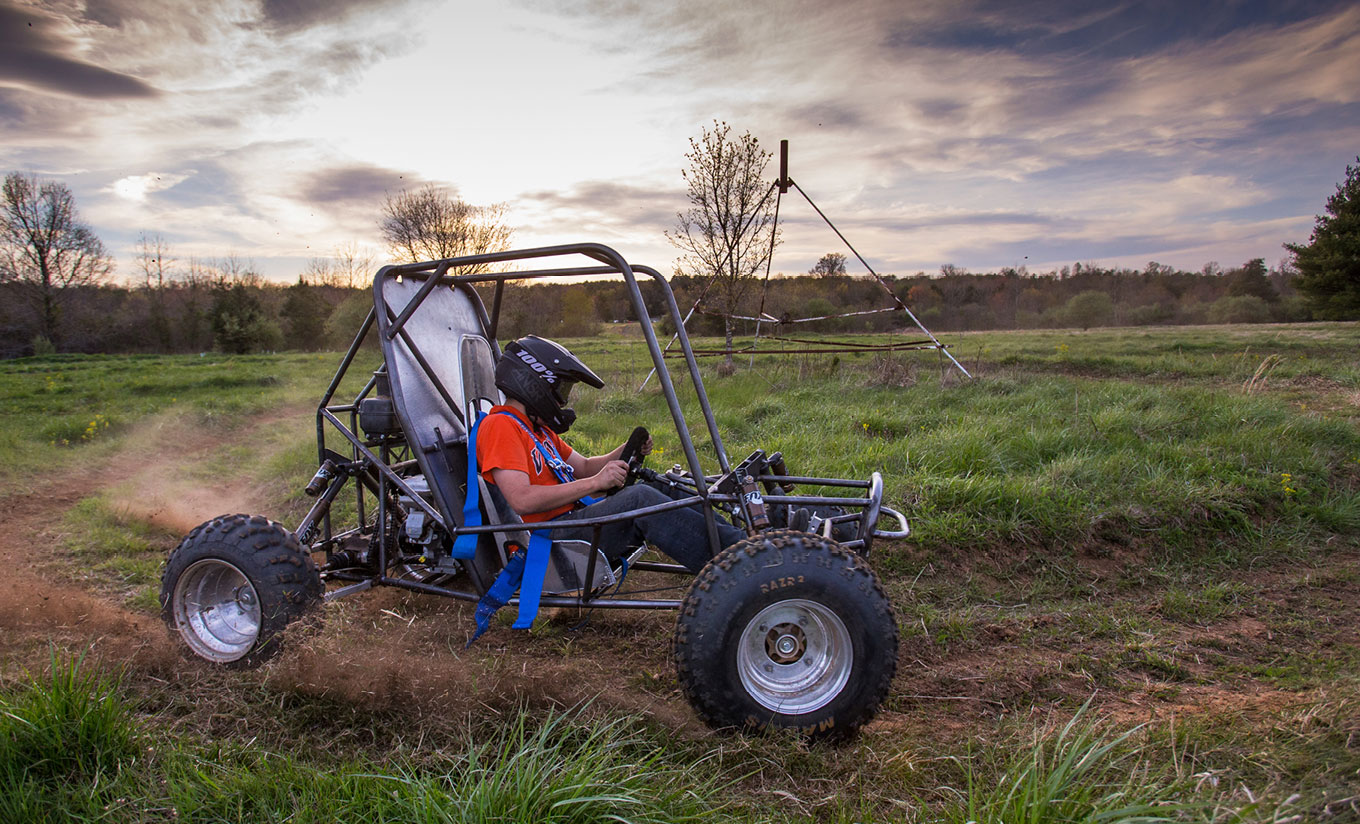 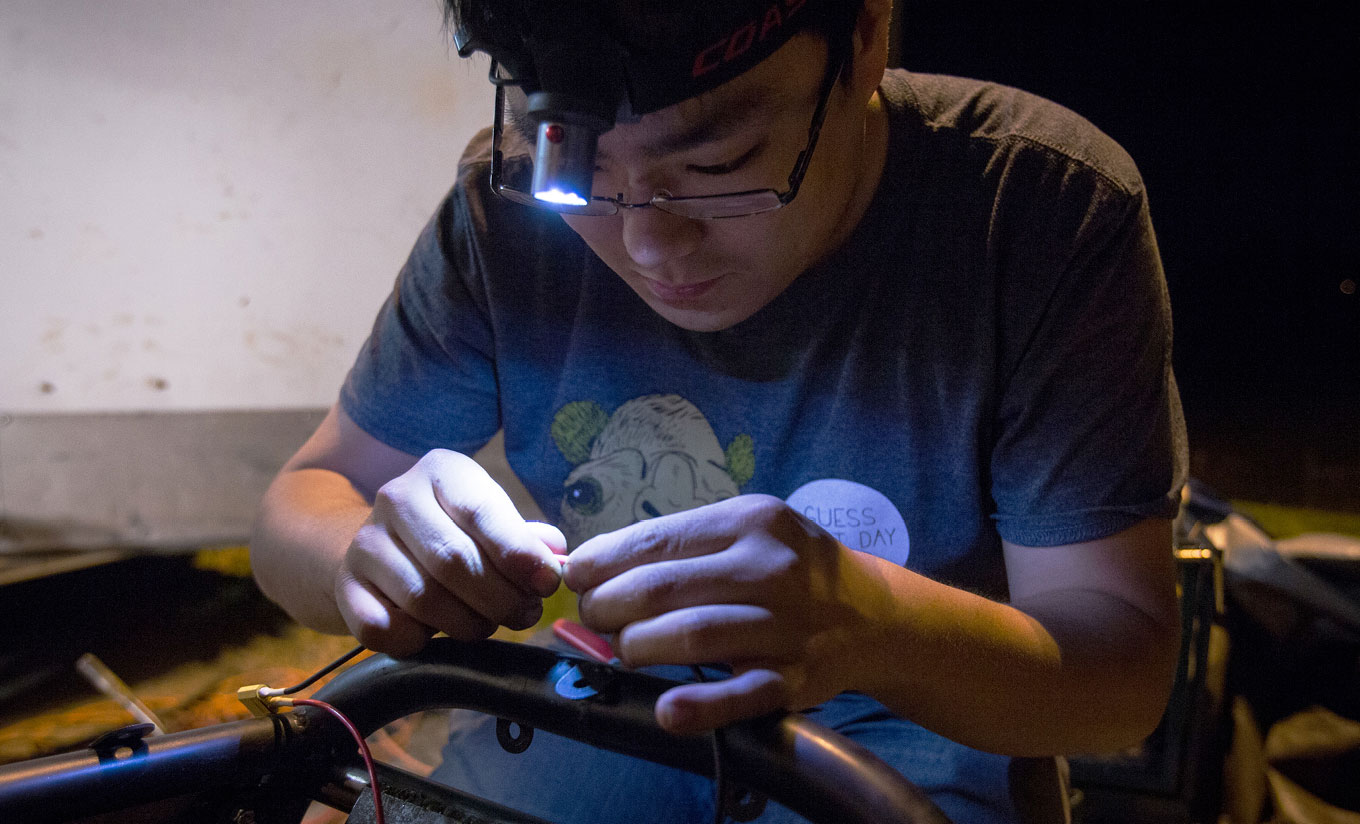 The Baja team tested the vehicle at Milton Field, a former airfield outside Charlottesville. For five days in early April, Christopher and the rest of the group drove the car around the bumpy course to evaluate its durability. “Our procedure was to test the car around the track, break it, bring it back to the shop to fix what broke, and take it back out the next day,” Kim said.

During testing, the group made an important discovery. One of the design features adopted from the club’s previous year wasn’t working right. “We didn’t know what was wrong with it until we built it,” second-year mechanical engineering major Nicholas Anselmo said. That exercise pinpointed the problem: faulty suspension design.

“We had to chop the whole back of the car off and start over.”

You know, success is a lousy teacher. The amount of failures we had really did teach us how to do it properly…” 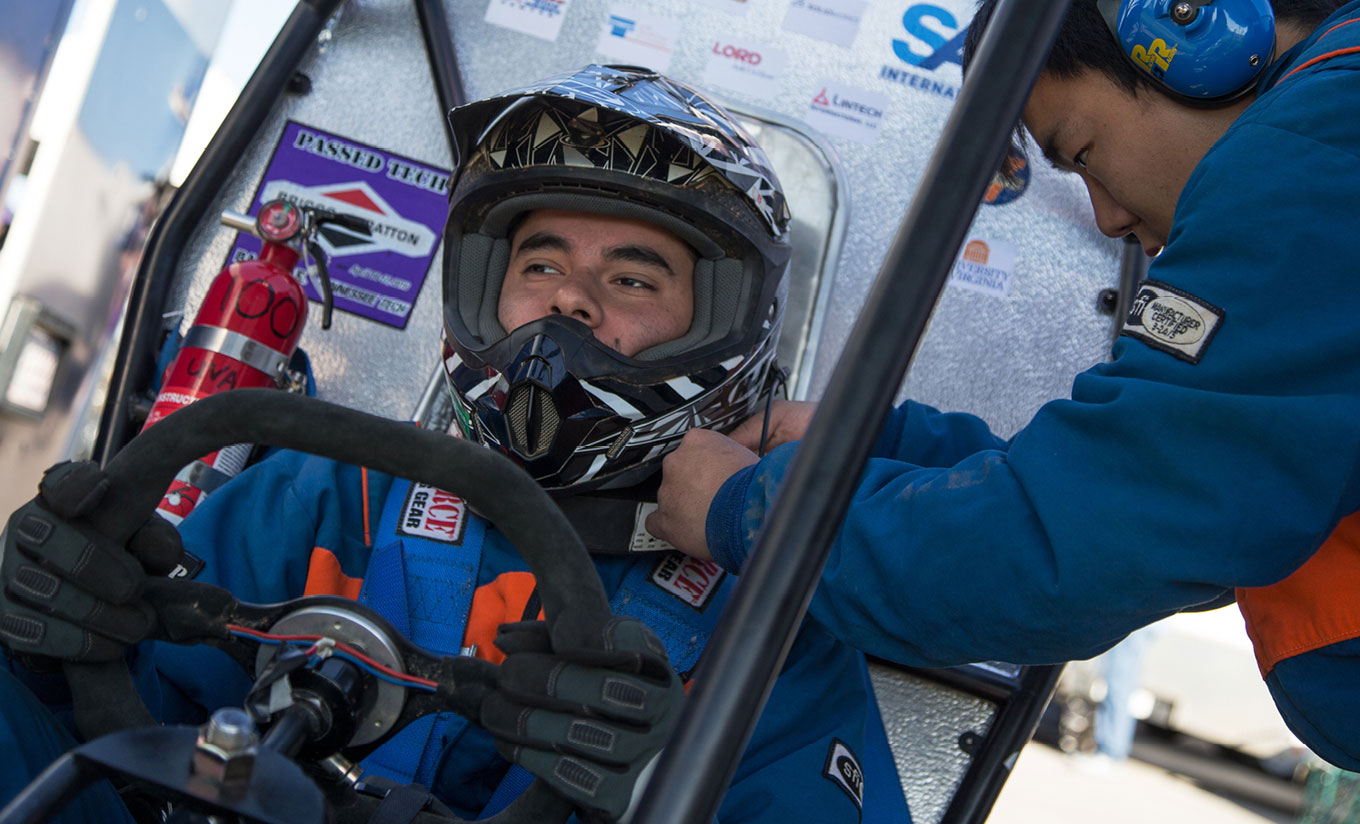 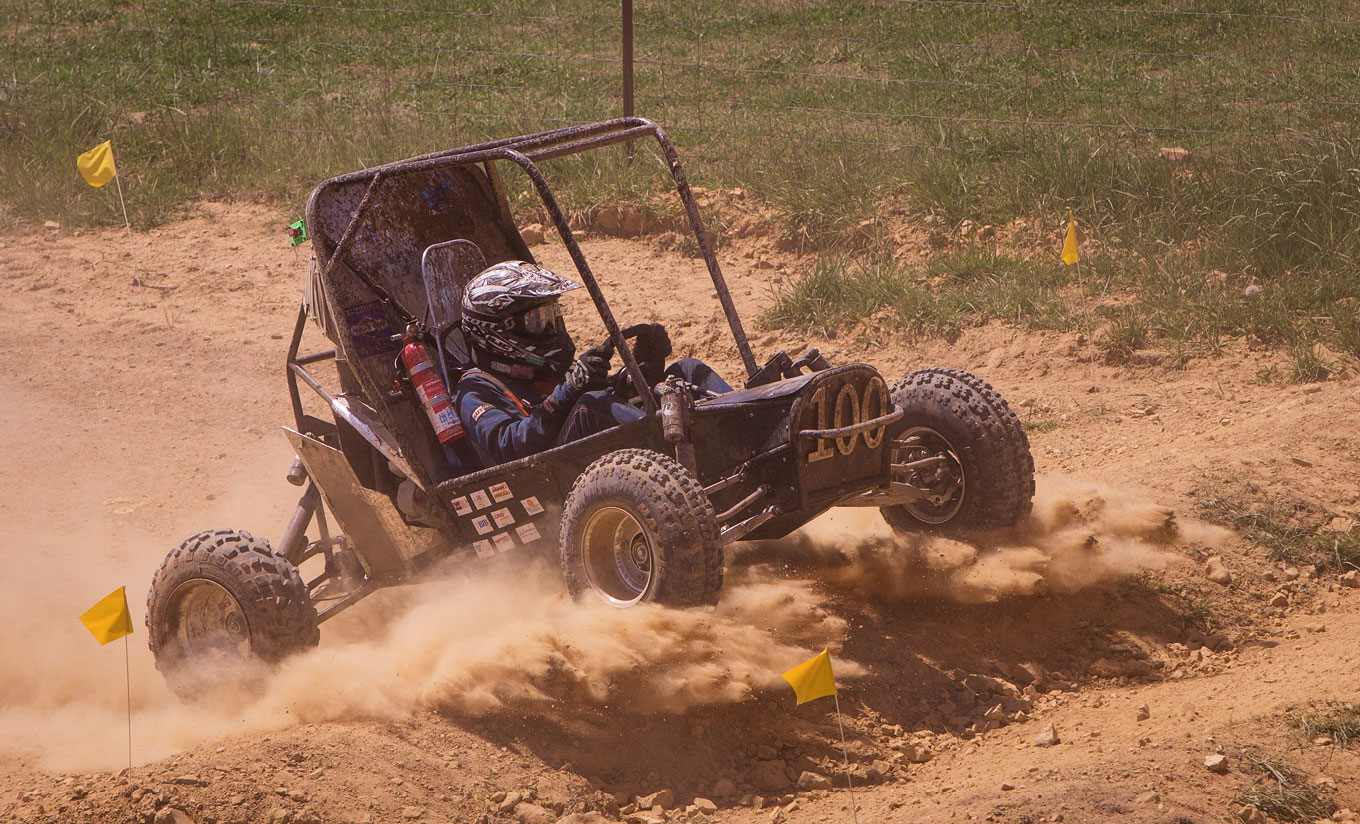 With testing and refinement completed in Charlottesville in the wee hours of a Thursday, the team hit the road to Cookeville, Tennessee, for the competition.

Two tech inspections over two days onsite revealed a new wrinkle: The roll cage, made of metal tubes, was off by just a few inches and had to be refitted. “We had to cut a tube, notch it, and then weld it on,” third-year mechanical engineering major David Horta said.

John Hensley, a fourth-year aerospace engineering major, said the roll-cage fix was one of several modifications the team made under extreme deadline pressure. “That’s actually what I think I am most proud of,” he said of the team’s ability to solve multiple issues identified during the inspection.

Finally cleared for competition, Horta took the wheel Sunday. At the race, cars are not assessed by speed, but endurance, ranked by the number of laps completed. UVA’s team finished 56th in the 100-member pack, completing nine laps of the rugged 2½-mile course – a major improvement over barely finishing a single lap in a 2015 race.

The 2016 team is already looking ahead and will enter the next season with the benefit of lessons learned in Lacy Hall and in Tennessee. Hensley said his time there has been his most valuable at UVA.

“It’s hands-on learning,” he said. “You actually learn how to make the stuff that you are designing.”