$10 Million Investment in Scholarships for the McIntire School of Commerce 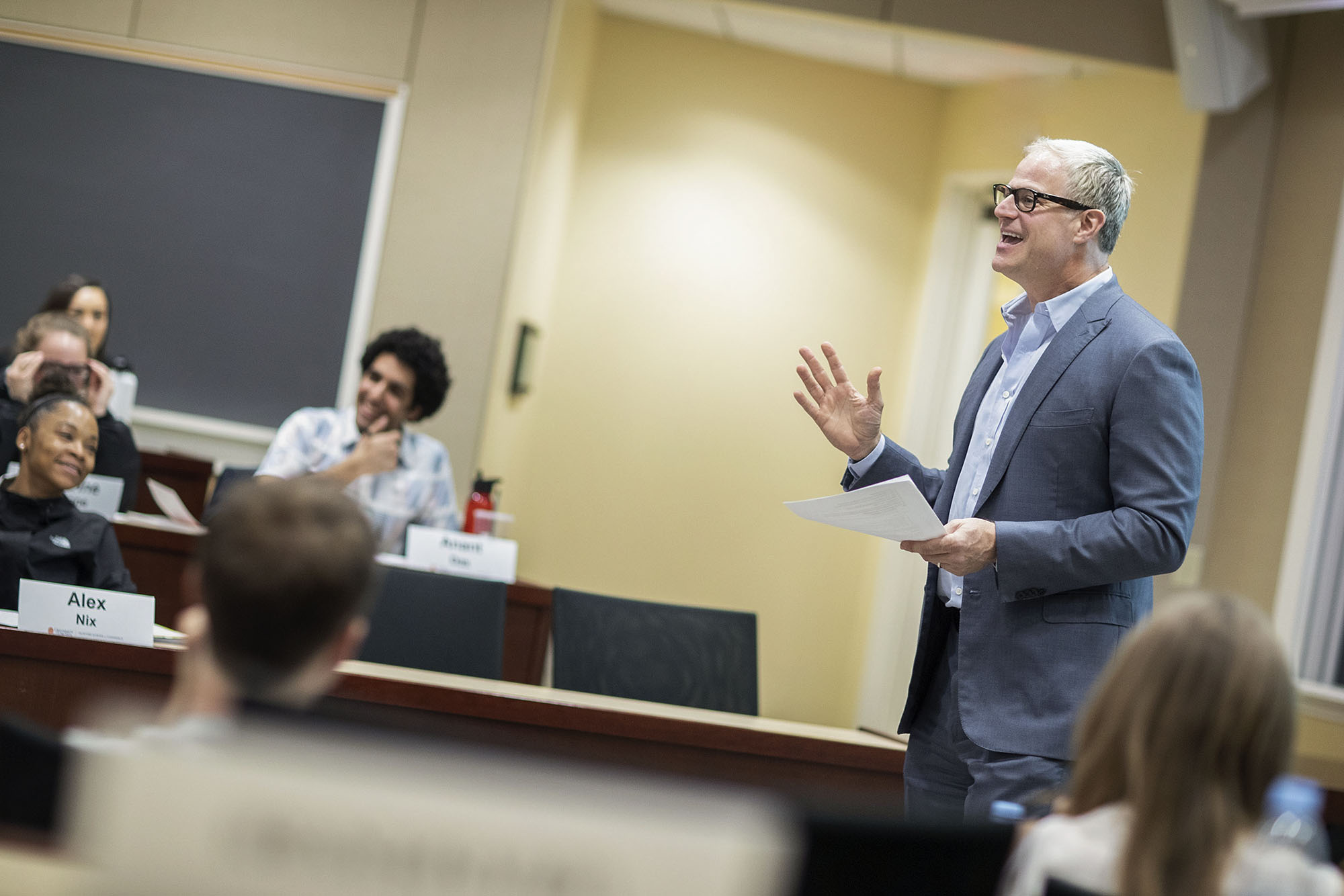 University of Virginia alumnus and Board of Visitors member John A. Griffin has given $5 million to endow a series of need-based scholarships for McIntire School of Commerce undergraduates and to support the school’s Next Century Building Fund.

The endowed gift will be matched with $5 million through UVA’s Bicentennial Scholars Fund for a total investment of $10 million to create a series of scholarships named in honor of Griffin’s mother, Alice V. Griffin.

Alice Griffin was a prolific scholar, drama critic and noted educator who died in 2012. She completed her undergraduate studies at George Washington University and went on to earn a Ph.D. in dramatic literature and Shakespeare from Columbia University, where she was a Fisher Fellow. In 1949, she began teaching English literature at Hunter College’s north campus, which later became Lehman College of The City University of New York. Griffin helped found the graduate English program at Lehman and served as director of the program until her retirement from academia in 1991.

Alice Griffin also wrote 11 books on theater and gave back to the literature and academic community through her own philanthropy by establishing graduate-level fellowship programs at Florida Atlantic University, for women seeking to advance their careers; and at Lehman College, to assist graduate students in the English Department seeking master’s degrees. In 1994, John Griffin endowed the Alice Griffin Professorship in English Literature in UVA’s College and Graduate School of Arts & Sciences in honor of his mother.

“I’m excited by the simultaneous ability to create new scholarships and new academic space for the school,” John Griffin said. “McIntire’s promising students, regardless of their ability to pay, deserve access to the school’s top-ranked business education, an innovative environment that supports the collaborative efforts across Grounds, and the best facilities.”

Nicole Thorne Jenkins, John A. Griffin Dean of the McIntire School of Commerce, described the new building space as a hub for collaboration that will inspire students, faculty, and community and corporate partners in their work to promote the common good.

“As the McIntire School marks its centennial anniversary, I am grateful for John’s partnership in transforming our academic footprint and his continual commitment to filling the financial gap for undergraduate students,” Jenkins said. “His gift will allow us to propel the Commerce experience into the next century and continue to elevate the undergraduate student experience for future generations.”

In December 2017, the Board of Visitors approved a proposal for an additional McIntire School academic building to be constructed adjacent to the school’s current facilities on the University’s historic Lawn.

The initial funding for the building originated with a $25 million gift made in 2018 by The Chris & Carrie Shumway Foundation.

The planned facility, which will bear the Shumway name, will support and symbolize McIntire’s position as a world leader in undergraduate and graduate business education. Through a dynamic architectural design incorporating versatile spaces, the building will invite collaboration and innovation both within the McIntire School community and among the University, businesses and community partners. Flexible classroom spaces, enhanced study areas and dynamic labs will foster hands-on learning that includes data analytics visualization, behavioral research and multimedia analysis.

UVA President Jim Ryan expressed appreciation for the leadership role that John Griffin continues to play, his dedicated investment in the school’s success and the enterprising approach to philanthropy that the McIntire School has taken to secure resources for the facility’s construction.

“This generous gift, in honor of his mother, obviously bears John’s mark and reflects the Comm School’s entrepreneurial spirit,” Ryan said. “Generating support for scholarships and a building project such as this combines the energy and innovation of one of the nation’s top business schools with the experience and expertise of its alumni.”

The $101 million building project will be supported solely through private philanthropy.

Learn more about the campaign for the McIntire School of Commerce.

What’s Next for UVA’s Class of 2022? END_OF_DOCUMENT_TOKEN_TO_BE_REPLACED