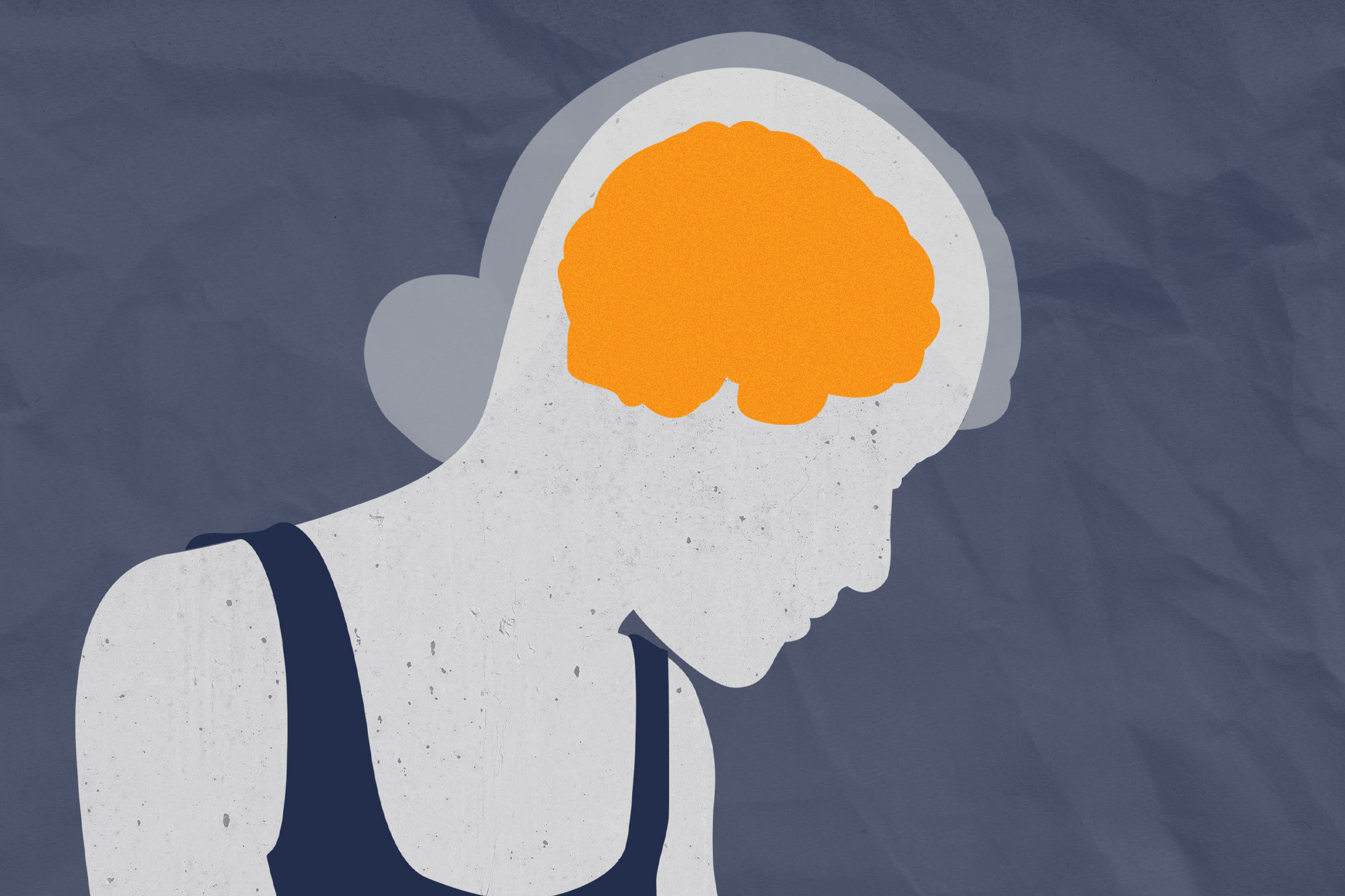 Methods for diagnosing autism were developed with boys in mind. That means girls, women and people who don’t identify with a particular gender are sometimes missed. (Illustration by Emily Faith Morgan, University Communications).

Growing up with two military parents, Jess Walters moved around a lot and, at each new school, struggled to connect with peers.

“There’s this feeling of, ‘I can’t necessarily put a finger on why, but I’m different and weird, and people don’t accept me as I am,’” said Walters, a UVA alumnus and Charlottesville resident. “That feeling takes a toll on you. You’re not allowed to be yourself, because yourself is alien to this world.”

It wasn’t until age 30 that Walters was diagnosed with autism spectrum disorder. Although most people are diagnosed between ages 4 and 6, some – typically women and LGBTQ people – can be well into teenage years or even adulthood before they are identified as being on the autism spectrum.

Diagnosis is the first step to accessing support, said Micah Mazurek, a professor in the School of Education and Human Development and director of UVA’s Supporting Transformative Autism Research, or STAR, initiative. And generally, the earlier the intervention, the better the outcome. 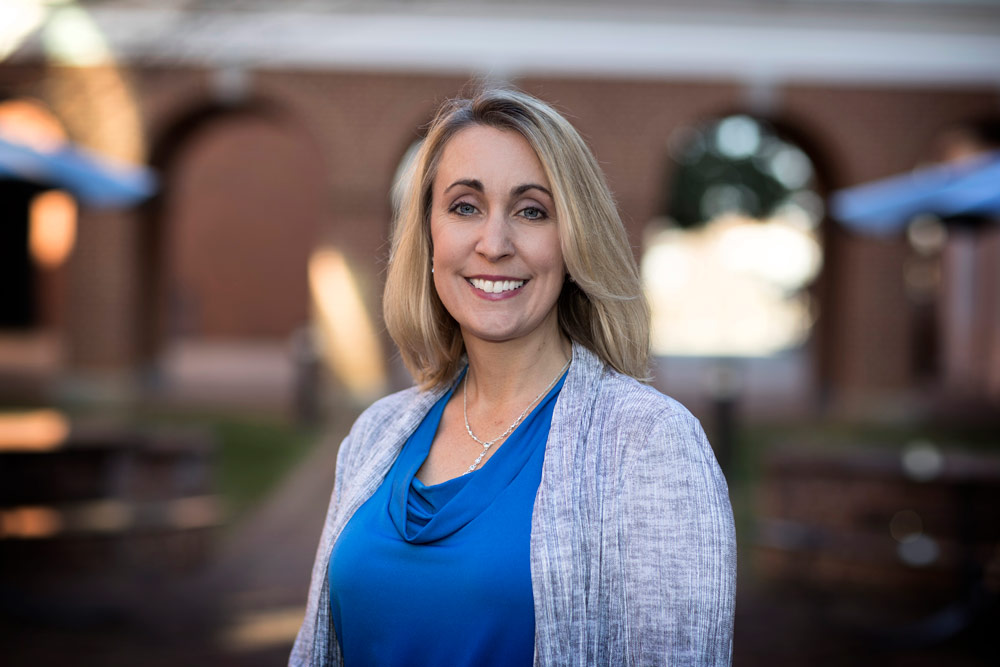 Micah Mazurek, a professor in the School of Education and Human Development, says the earlier a person with autism is diagnosed, the better the outcome. (Photo by Dan Addison, UVA Communications)

“We’re constantly trying to move that age of diagnosis as early as possible,” Mazurek said.

In recent years, UVA autism researchers have made great strides in understanding how sex, gender and autism intersect. In 2021, UVA researchers discovered a significant difference in the genes that underpin the condition in girls and boys. They also identified specific ways the brains of girls with autism spectrum disorder respond differently to social cues, such as facial expressions and gestures.

But early autism research focused mainly on boys, and diagnostic processes have not caught up with newer findings.

“If we’re only looking at things that are typically present in boys, we’re going to miss autism presentation that may look completely different,” Mazurek said.

The problem is not just about accessing timely support. Late diagnosis, defined in the grant as diagnosis that occurs at age 12 or older, is also linked to greater mental-health difficulties. One recent study found that people diagnosed with autism in adulthood are nearly three times more likely than their childhood-diagnosed counterparts to report having psychiatric conditions.

Walters excelled academically in high school and college, and graduated with a degree in psychology, but still struggled with social situations and simple, everyday tasks.

“I would get very frustrated with myself, because it’s like, ‘I can write an A-plus 10-page essay in two hours. But I can’t do the dishes?’” Walters said.

Like many late-diagnosed autistic people, Walters’ route to diagnosis has been long and winding. Following a misdiagnosis in 2016, Walters withdrew from graduate school. 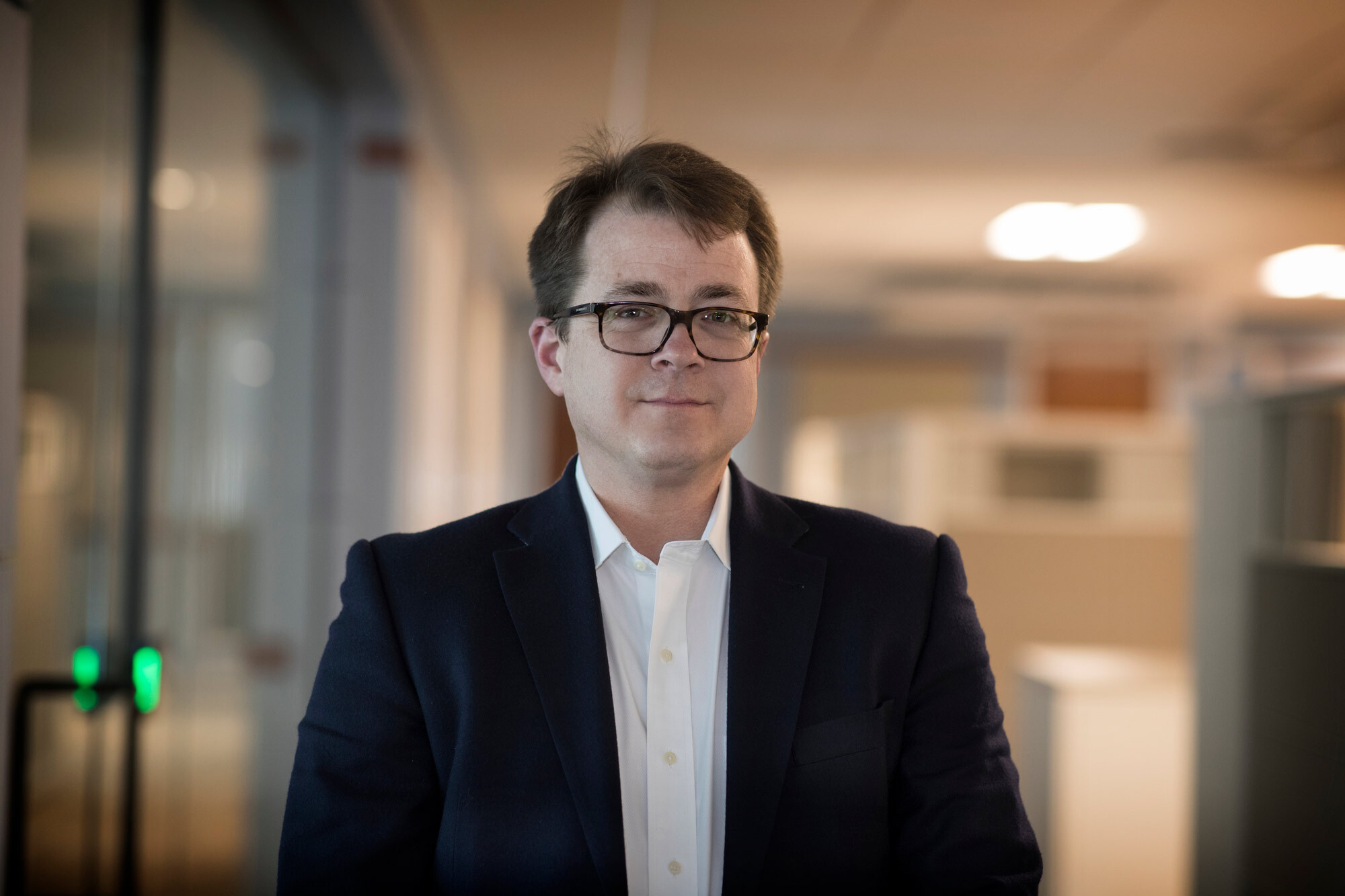 Kevin Pelphrey, a leading autism researcher at UVA, says a new diagnostic tool will help identify autism in cases that might now be missed. (Photo by Dan Addison)

“That misdiagnosis cost me several years of being medicated with terrible side effects and major depressive episode,” Walters said.

With this grant, researchers hope to make the path to an accurate diagnosis easier.

The Autism Center of Excellence Network grant, funded by the National Institute of Health, is one of the top autism research grants in the country. This latest five-year award builds on autism research led by Kevin Pelphrey, a leading autism expert affiliated with the School of Medicine, the School of Education and Human Development and the Brain Institute. He is the Harrison-Wood Jefferson Scholars Foundation Professor of Neurology.

Researchers at the lead site of UVA as well as several other institutions will pair high-tech methods – like brain imaging, machine learning and remote data collection using wearable sensors – with other, simpler tools like questionnaires, interviews and behavioral assessments. 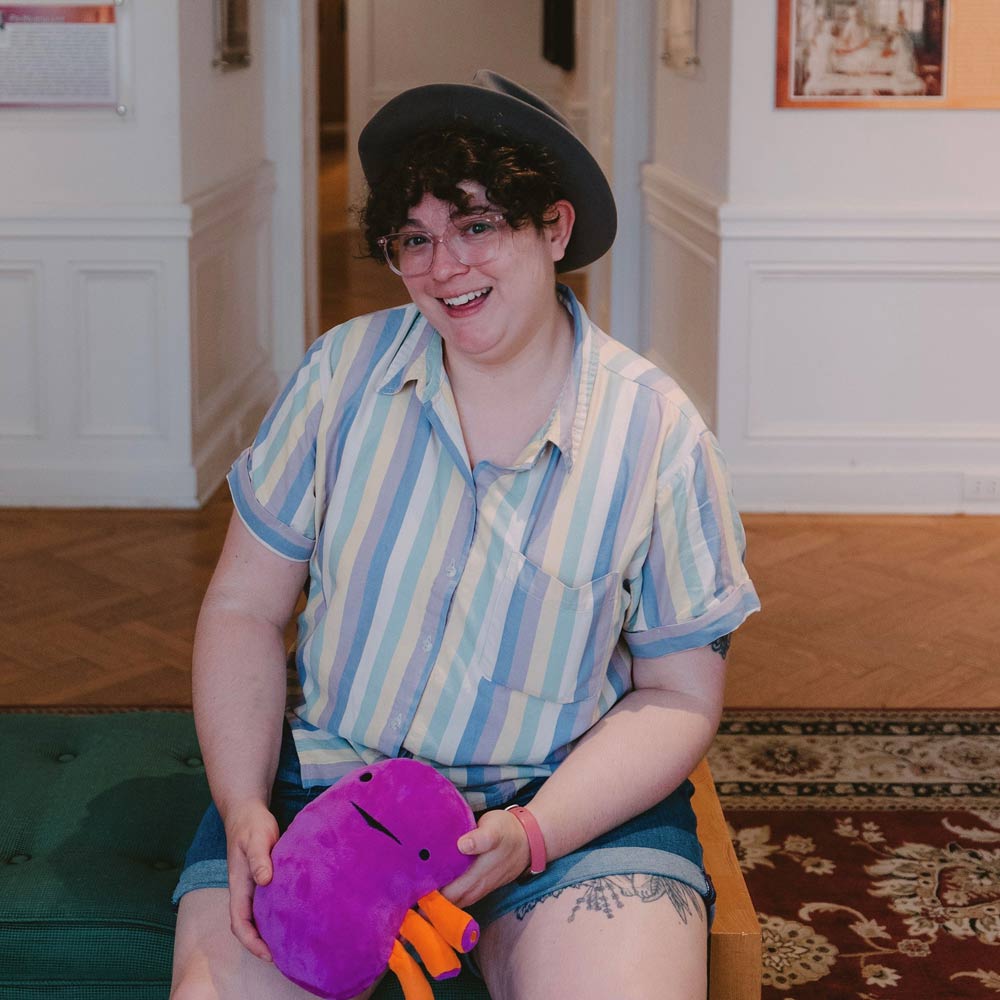 Jess Walters, a UVA graduate, didn’t get a proper autism diagnosis until well into adulthood. That meant for years Walters struggled with feeling out of place, and didn’t know why. (Photo by Kaitlyn Johnston)

To accomplish this, data scientists and clinicians will work hand-in-hand, allowing the team to pair rich data with a deep understanding of what it represents. Just at UVA, experts from the Brain Institute, STAR, the School of Medicine, iTHRIV and the School of Data Science are all involved – each bringing a valuable perspective to the project.

“The interdisciplinary collaboration is essential,” Pelphrey said. On the medical side, experts will examine brain function and biological markers of autism. The STAR team offers extensive experience with behavioral measures and interviews in applied clinical settings. Data analysts will figure out how to bring it all together.

“Ultimately, the tool will be a concise series of questions that an individual or caregiver can answer via a smartphone, web page, or pencil and paper,” Pelphrey said. “This tool will provide a diagnostic access point for adolescents and adults at risk for late diagnosis, who are routinely missed by current methods.”

In addition to developing a screening tool, the project aims to better capture the lived experience of autism, including the many benefits and strengths that go along with autism. This kind of collaboration will also help researchers eventually share what they discover with the entire autism community.

“We’ve learned from autistic adults that not receiving a diagnosis until adulthood can be very difficult, and can have negative consequences for their mental health and well-being,” said Mazurek, the Novartis U.S. Education Professor of Education. “Figuring out a way to make that better and to use their experiences to inform the development of better tools could really help with quality of life for a lot of folks.”

Diagnosis, of course, is just the beginning of an autism journey. Walters, who is now an artist and disability advocate living in Charlottesville, said many things need to change for autistic people to feel safe – including more nuanced representation in media and greater understanding and acceptance of neurodivergence throughout the general public.

But diagnosis is often the first step to unlocking something invaluable: a community of people who understand.

“In many ways, my autism diagnosis has been freeing,” Walters said. “It makes my life make sense. It gives me validity. It also gives me this group of other humans that don’t find me alien, which is a tremendous joy.” 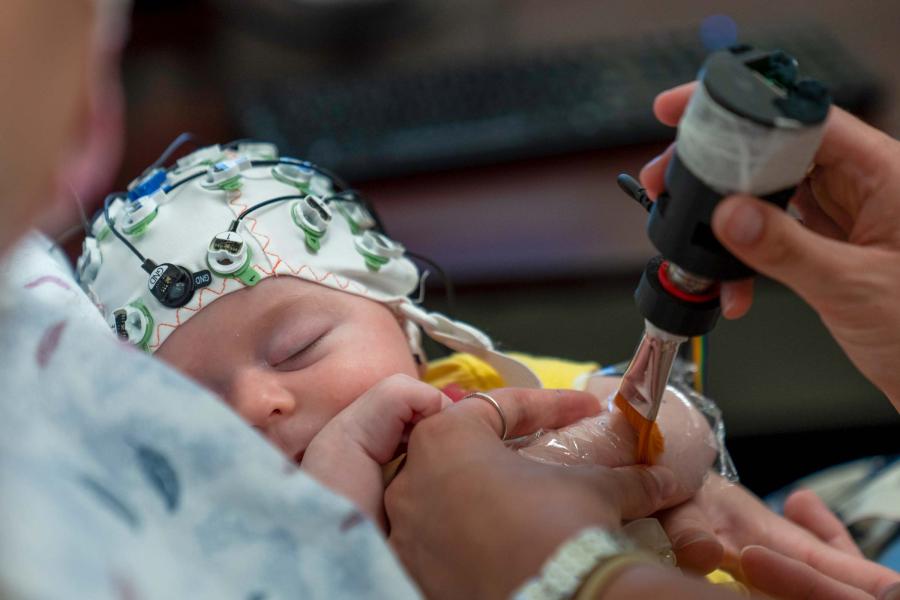 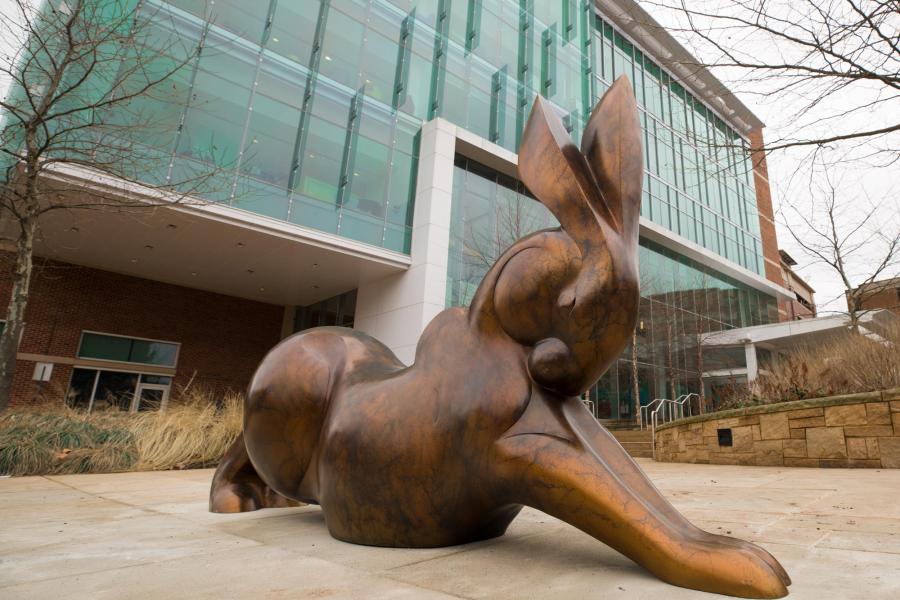 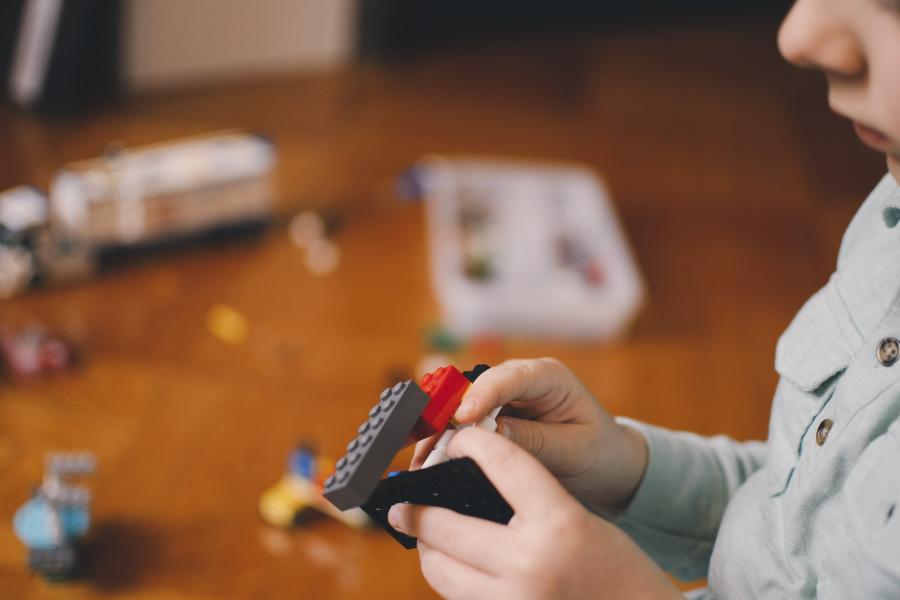