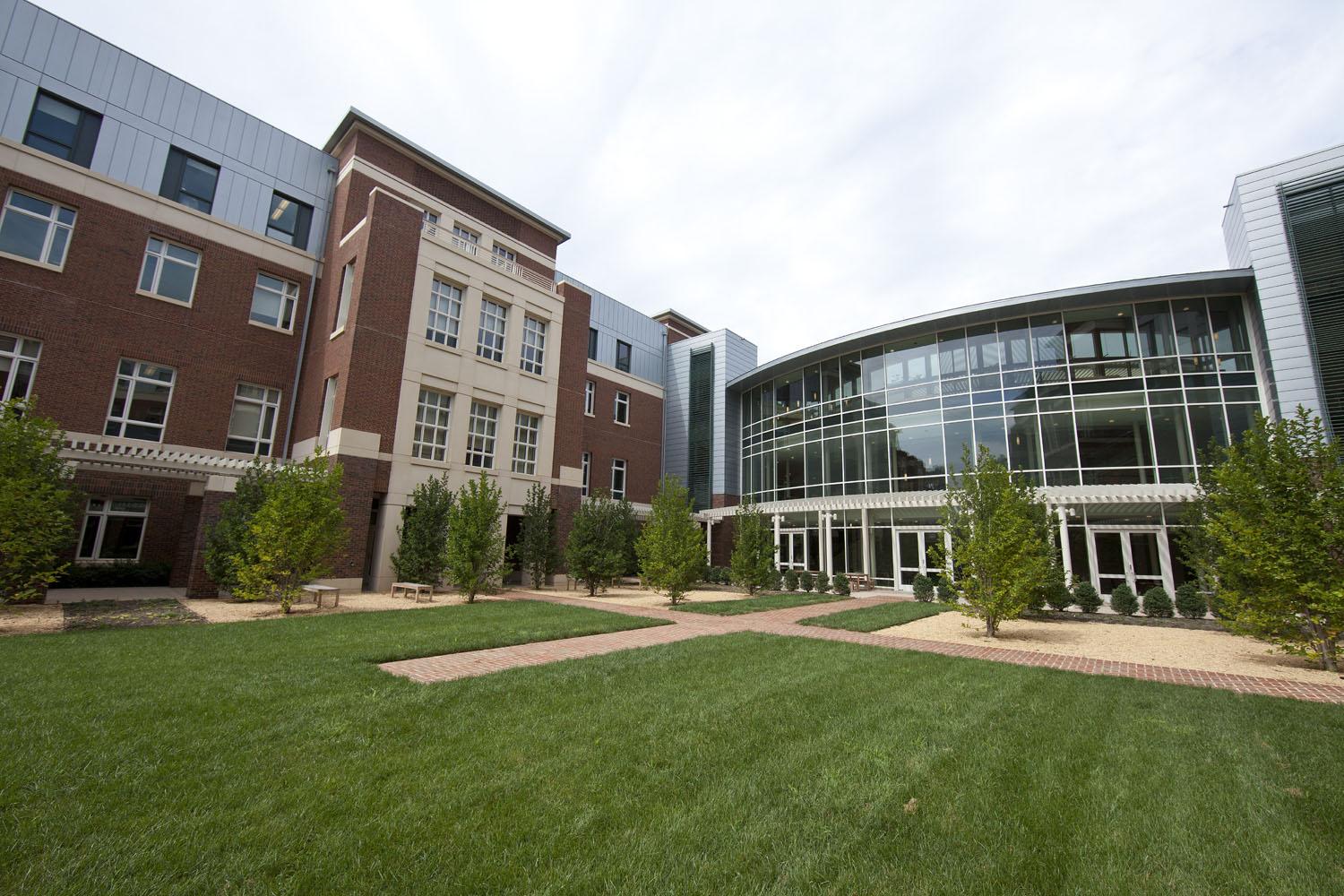 It opened the long-anticipated South Lawn, extending Thomas Jefferson's Academical Village across Jefferson Park Avenue in the most ambitious expansion of the Lawn since the construction of Rouse, Cocke and Old Cabell halls in the early 20th century. The $102.5 million, 116,000-square-foot College of Arts & Sciences complex – consisting of Nau and Gibson halls, linked by a commons building, and connected to Grounds by a pedestrian plaza – houses the Corcoran Department of History, the Woodrow Wilson Department of Politics and the Department of Religious Studies. While the formal dedication was in October, the building opened for classes ahead of schedule in January.

The Curry School of Education opened Bavaro Hall in the summer, a 65,000-square-foot building that doubled the school's work space and houses  faculty, education research scientists and students who had conducted their research, teaching and outreach work in disparate locations.

The Claude Moore Medical Education Building also opened, consolidating medical education programs and creating a central entrance to the School of Medicine. The five-story, 58,000-square-foot structure connects to Medical Research Building 5, facilitating access to the School of Medicine facilities in Jordan Hall and the Health Sciences Library. It also serves as the nucleus of the "Next Generation" Cells to Society curriculum, featuring innovative learning spaces and groundbreaking educational technology.

The School of Nursing opened the newly renovated first floor of McLeod Hall, which serves many functions, including a lobby for the 480-seat Charles Rogers Fenwick Auditorium, a place for students, faculty and staff from nursing and the Health System to gather and for classroom space.

The Housing Division continued with construction of new residence halls, part of its overall plan to replace 11 older residences with seven larger buildings. There was a groundbreaking for a new addition to the drama department, which will feature the Ruth Caplin Theatre.

A look at some of the new buildings that are changing the University's landscape: