2016 Alum to Study Global Affairs in China as Schwarzman Scholar 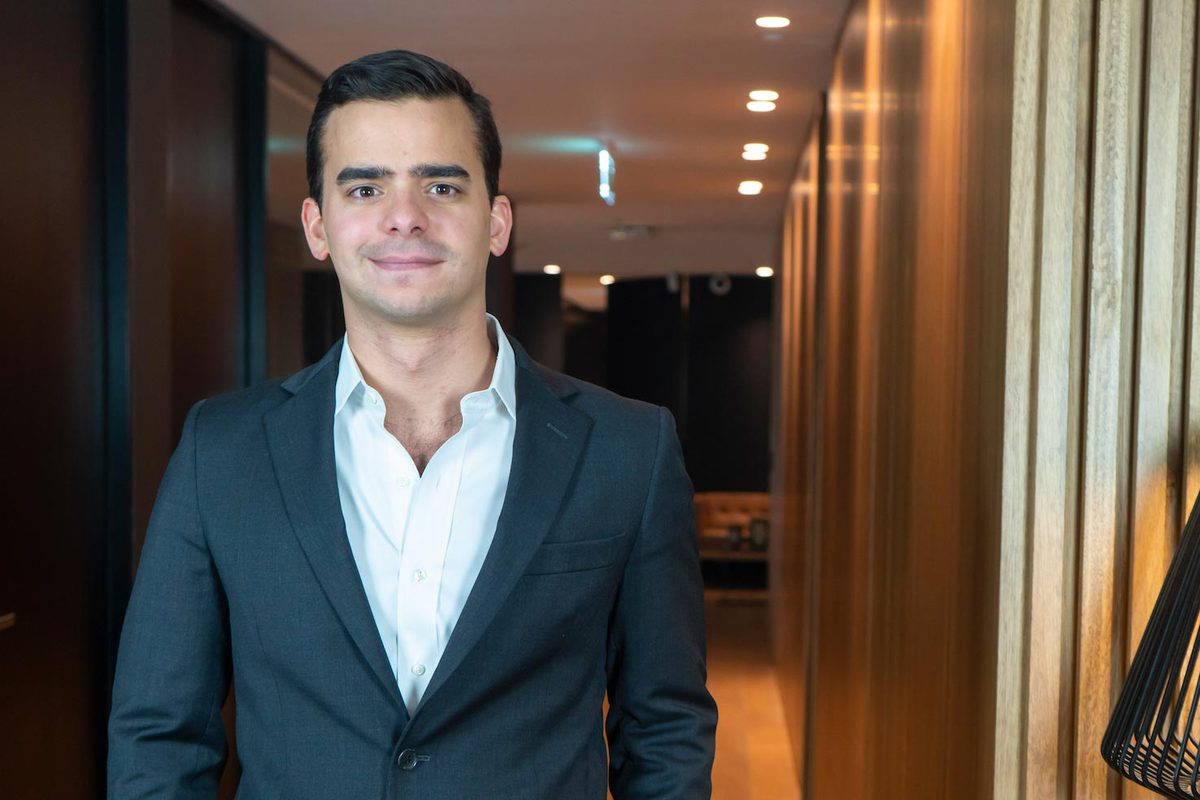 Caracas native Henrique Sosa believes the path to his – and Venezuela’s – future may run through China.

Sosa, a 2016 economics and foreign affairs graduate of the University of Virginia, has received a 2020 Schwarzman Scholarship to pursue a master’s degree in global affairs. He is one of 145 Schwarzman Scholars from 41 countries and 108 universities selected from more than 4,700 applicants.

The Schwarzman Scholarships for graduate study in China were created in 2013 by private equity firm manager Stephen Schwarzman. The program, housed in Schwarzman College at Tsinghua University in Beijing, fully funds participants’ expenses, including travel costs and a personal stipend.

Courses are taught in English and draw on some of Tsinghua University’s most accomplished professors, as well as visiting scholars from leading global institutions. Beyond the classroom, scholars gain exposure to China and form a broad network of important relationships through unique internships, mentorship opportunities, high-profile speakers and travel throughout China.

Sosa said some countries in Latin America had “been successful at harnessing China’s potential,” though he noted his native Venezuela was not one. Sosa, who has had no direct experience in or with China, wants to understand “how countries can engage with China to foster meaningful progress at home.”

“I think [China] represents a tremendous opportunity for Latin America’s economic development,” he said. “First, its outperforming growth and large-scale poverty alleviation make China a critical case study for the type of reforms that can help stimulate greater and more inclusive growth. Second, the size and increasing dynamism of its economy makes the country a key actor for Latin America to engage with – be it as a source of investment, know-how or as an export destination. For my country and region, which over the last decades have been characterized by poor economic performance versus other emerging markets, China’s potential is just too big to ignore.

“My hope is that in the near future, Venezuela, my home country, can finally see an end to the political crisis that has created the worst humanitarian catastrophe in the hemisphere and open the way for people interested in these issues to positively contribute in the policymaking process and help create a more prosperous and inclusive country,” Sosa said. “When that time comes, I would want to take part in that process, either within or outside of government, as I have been doing so far in other parts of Latin America. Until such change happens, I think that I will continue to look for opportunities to work in public policy, especially on economic development matters, throughout the region.”

After graduating from UVA, Sosa worked for almost three years as a public sector consultant for McKinsey & Company, working on projects in Colombia, Mexico, Brazil and the United States. He specialized in advising state ministries and agencies, non-governmental organizations and state-owned enterprises on economic development matters.

In his last months at McKinsey, Sosa helped lead an effort to help local leaders in Colombia think about integrating the Venezuelan migrants in the country – today 1.5 million and growing – with a medium- to long-term lens.

After that project, he was offered a position as an adviser at the Presidency of Colombia, where he currently supports the development and implementation of policies to integrate Venezuelan migrants in the local economy.

“I think that I am lucky in that I found early on what I am passionate about, which is the design and the implementation of public policies in Latin America,” Sosa said. “Having worked on some of these issues in the region over the last couple of years has given me a great deal of fulfilment and helped me confirm that this is where I want to focus my professional life.”

Daniel W. Gingerich, an associate professor in UVA’s Department of Politics and director of the Quantitative Collaborative, an organizational umbrella for quantitative social scientists to pursue research questions of common interest, described Sosa as energetic, intellectually curious and “passionately committed to the wellbeing of his native Venezuela.”

Gingerich said that, aside from his academic acumen and strong technical training, Sosa is a natural leader with a clear sense of purpose.

“I am delighted that he has been accepted to the Schwarzman Scholars program,” Gingerich said. “The program will nurture Henrique’s talents through interactions with other aspiring leaders and a network of mentors. Moreover, in the long run it promises to help him realize his goal of contributing to the emergence of a democratic, peaceful and prosperous Venezuela.”

Gingerich said while Sosa was a student at UVA, they would talk about Latin American politics, Gingerich’s area of specialization.

“It was clear to me then, and no less clear to me now, that he cares deeply about the region,” Gingerich said. “Moreover, I came to appreciate that he had a subtle and sophisticated understanding of how conflicting interests manifest themselves in debates over public policy. I can only imagine that his service for the Presidency of Colombia has further strengthened these intellectual muscles.”

“I remember meeting Henrique years ago when he was raising awareness about the crisis in Venezuela in front of Peabody,” Ashoo said. “His message was simple: He was a proud Venezuelan and many people in his home country were needlessly suffering. Those facts continue to be of utmost importance to him today, and I hope this opportunity will provide him with encouraging relationships as he works toward his goal of serving the Venezuelan people. I’m very happy for him.”

While a student at UVA, Sosa served as president, for two years, of the student group Towards a Better Latin America, focusing on advocacy and awareness, raising funds to finance development projects in the region, and promoting student engagement. He was a member of the Alternative Investment Fund at UVA, where he focused on providing insights into Latin American markets. At UVA, Sosa also minored in statistics and received a certificate in commerce from the McIntire Business Institute.

A Year We Will Never Forget: 2019-20 in Review END_OF_DOCUMENT_TOKEN_TO_BE_REPLACED

‘What Will You Carry With You?’ Remarks From UVA President Jim Ryan END_OF_DOCUMENT_TOKEN_TO_BE_REPLACED