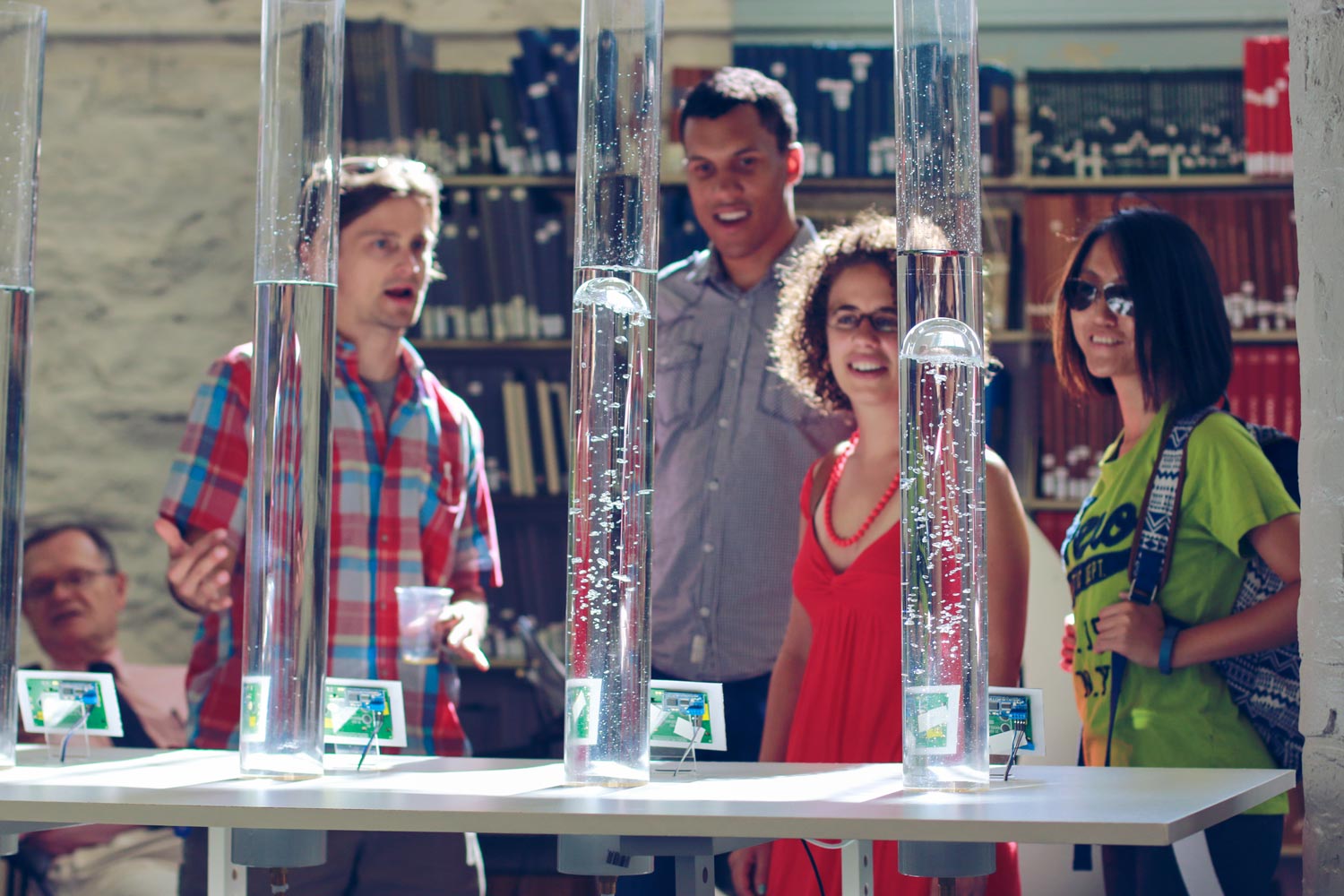 The Atlantic Coast Conference is putting on a show this weekend – and not just on the football field.

Students and faculty members from the University of Virginia and 14 other ACC schools are headed to the Smithsonian’s National Museum of American History in Washington, D.C. for the inaugural ACCelerate: ACC Smithsonian Creativity and Innovation Festival, celebrating innovation in science, engineering, art and design.

The festival, presented by Virginia Tech and the Smithsonian’s National Museum of American History, is free and open to the public from 10 a.m. to 5:30 p.m., Friday through Sunday. Visitors can explore 48 interactive exhibits highlighting compelling research from each ACC member school and attend panel discussions and performances.

UVA students and faculty will present four projects and one performance, including exhibits about robotic manta rays, water filtration systems powered by silver nanoparticles, a large interdisciplinary project to clean up New Delhi’s Yamuna River, and an interactive display tracking the carbon footprint of social media.

“The visibility of this national stage will bring a lot of great attention to our research efforts here,” said William Sherman, UVA’s associate vice president for research in design, arts and the humanities. “The general public is not always aware of everything that goes on at a university, so it’s great to see schools come together to lift public perception of what universities are about and how they contribute to society.”

Engineers in UVA’s Bio-Inspired Engineering Research Laboratory, led by mechanical and aerospace engineering professor Hilary Bart-Smith, have built an “autonomous underwater vehicle” that looks and swims like a ray. 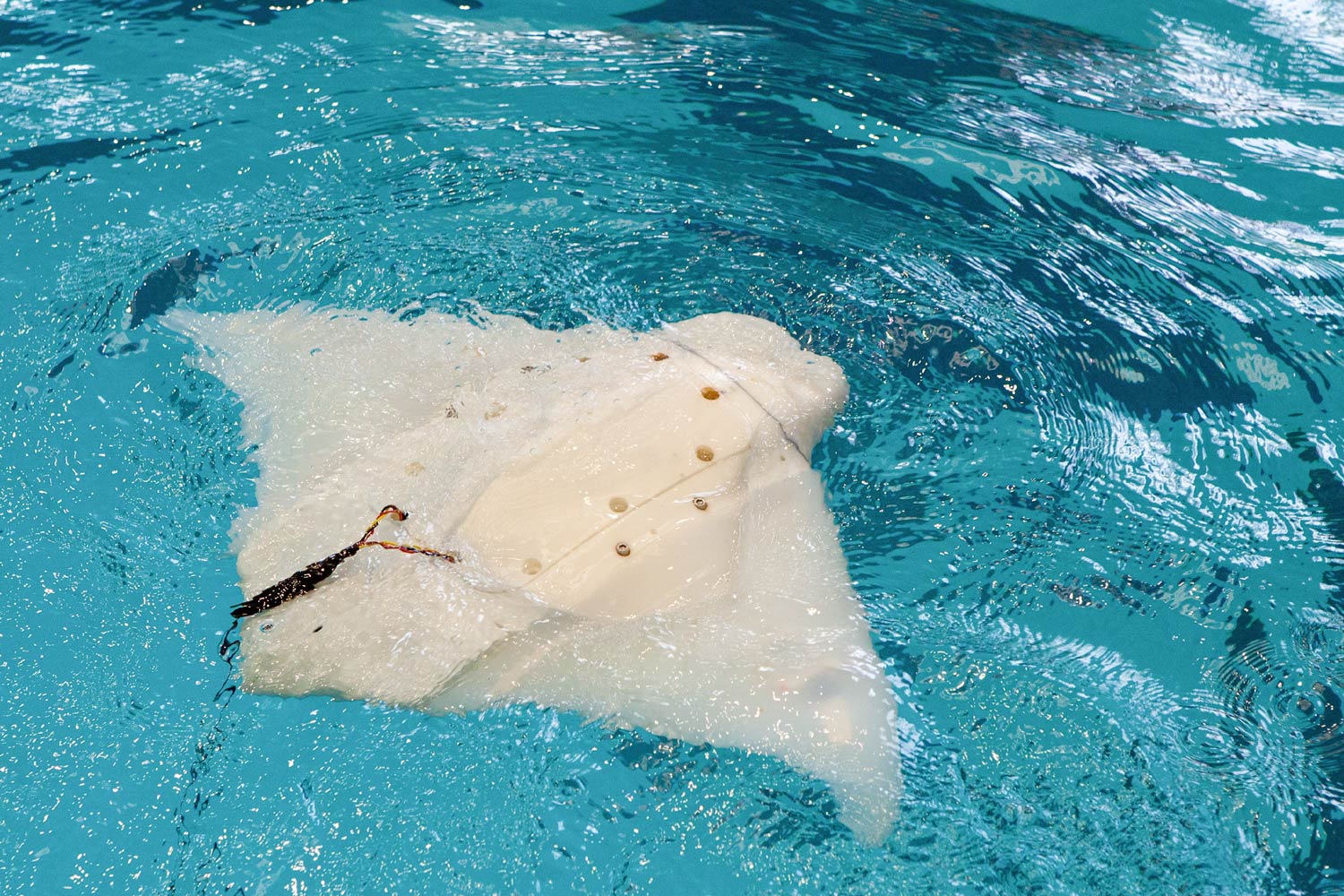 The team created 3-D models of real rays to study how they move efficiently through the water and used a 3-D printer to render those models in plastic and silicone components that comprise the “Mantabot.” Tiny motors, with about four hours of battery life, power the graceful motion of the ray’s wings and tail.

Researchers hope the mechanical rays, which are outfitted with cameras, can gather data in situations untenable for human divers, such as shipwrecks. They also want to make the technology more affordable. The current model costs less than $1,000 and other underwater vehicles that are currently being developed in the lab could be under $100.

“Many underwater vehicles like this are very expensive,” said research scientist Joseph Zhu, one of the engineers working on the Mantabot project. “We want to build one that is more cost-effective.”

PureMadi is a not-for-profit organization that collaborates with local citizens in South Africa to produce affordable water filters for villages and homes. UVA civil and environmental engineering professor and PureMadi director James Smith started the project in 2011 with Rebecca Dillingham, director of UVA’s Center for Global Health. 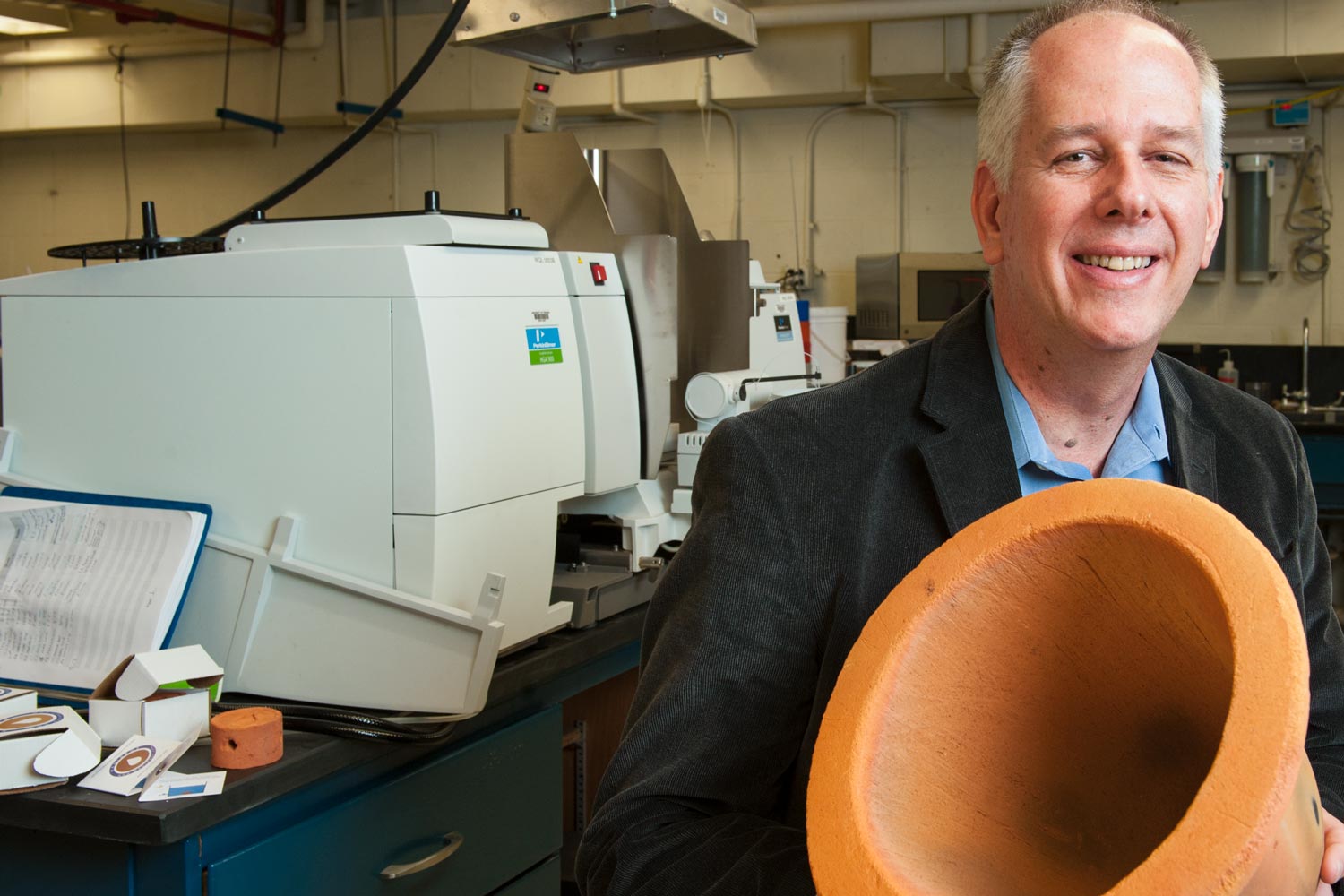 “After this event, we hope more people will know about what we are doing at UVA to address the global water crisis,” said alumna Thy Nguyen, who got involved with PureMadi as a student and is now on the project’s leadership team. “I also hope the festival will inspire students to utilize science, engineering, art and design to address significant local and global problems for the benefit of the human community.”

A single tweet generates an estimated 0.02 grams of carbon dioxide. Data centers worldwide – which support all of that tweeting and online activity – emit enough CO2 to fill a 10,000-square-foot mansion every second. 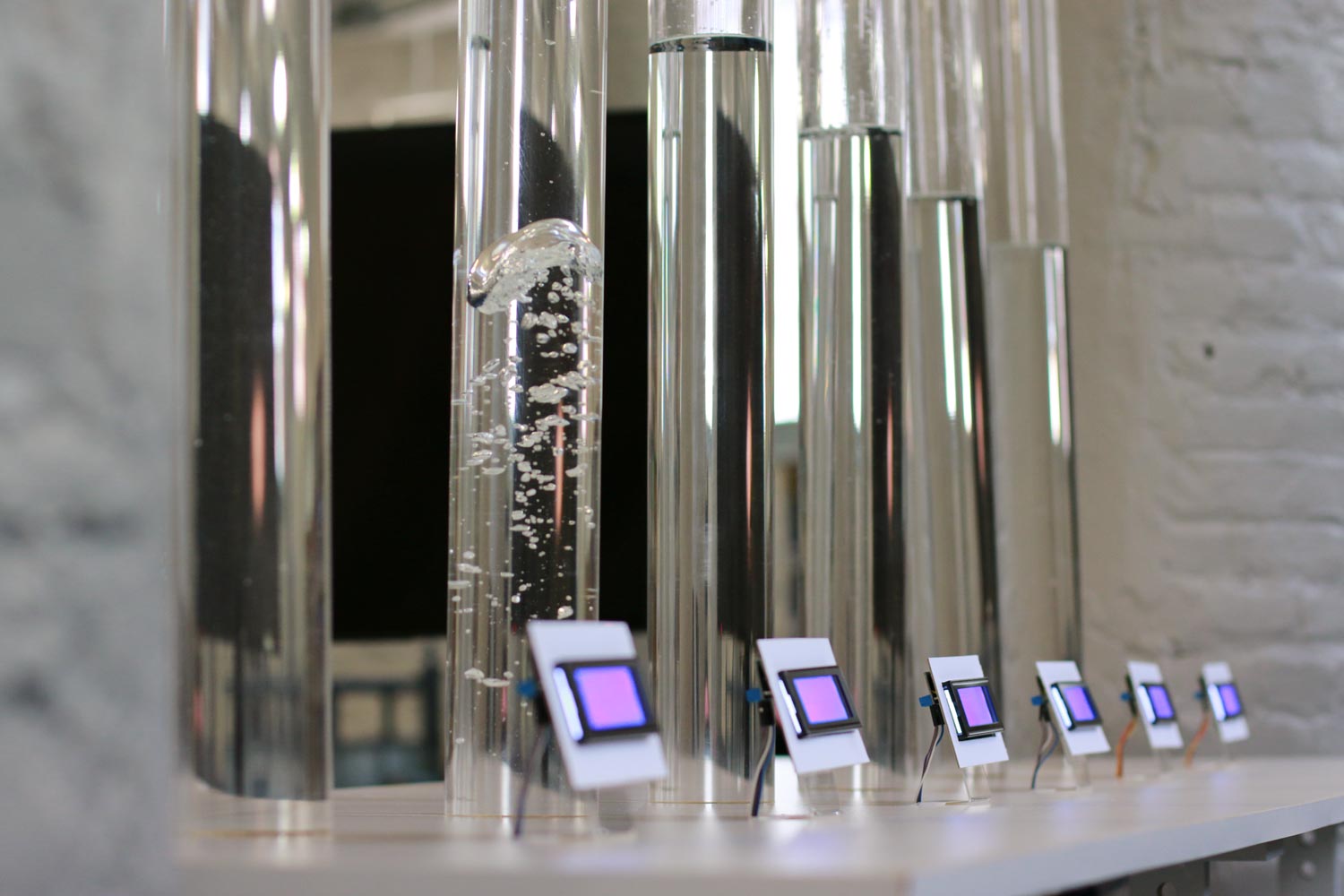 The #CarbonFeed project, based at UVA and funded by the Jefferson Trust, uses these statistics and other research in interactive exhibitions that turn tweets into sounds and movements. Friday’s exhibition will feature six water-filled tubes based on different Twitter hashtags. Anytime anyone in the world tweets using that hashtag, the exhibit’s software will release a bubble in the tube, representing CO2 released into the environment.

“We had the exhibit installed in a Portland museum during a debate in the Democratic presidential primary,” UVA doctoral student and #CarbonFeed co-founder Jon Bellona said. “All of the activity on Bernie Sanders’ hashtag – #FeeltheBern – had water exploding out of the tube.”

Bellona, who collaborated with his brother, David Bellona, and artist John Park on the project, emphasized that it’s not intended to discourage online activity, but to promote informed decision-making.

“We know how much a coffee costs; we know how much a house costs; but we don’t know as much about what our online behaviors cost,” he said. “We want to educate people about the physical infrastructure that supports what we do online and put those costs in real terms.”

The Yamuna River near India’s capital city, New Delhi, once was an important waterway for the city of 25 million, but has suffered from tremendous pollution, becoming an outlet for as much as 58 percent of New Delhi’s waste. 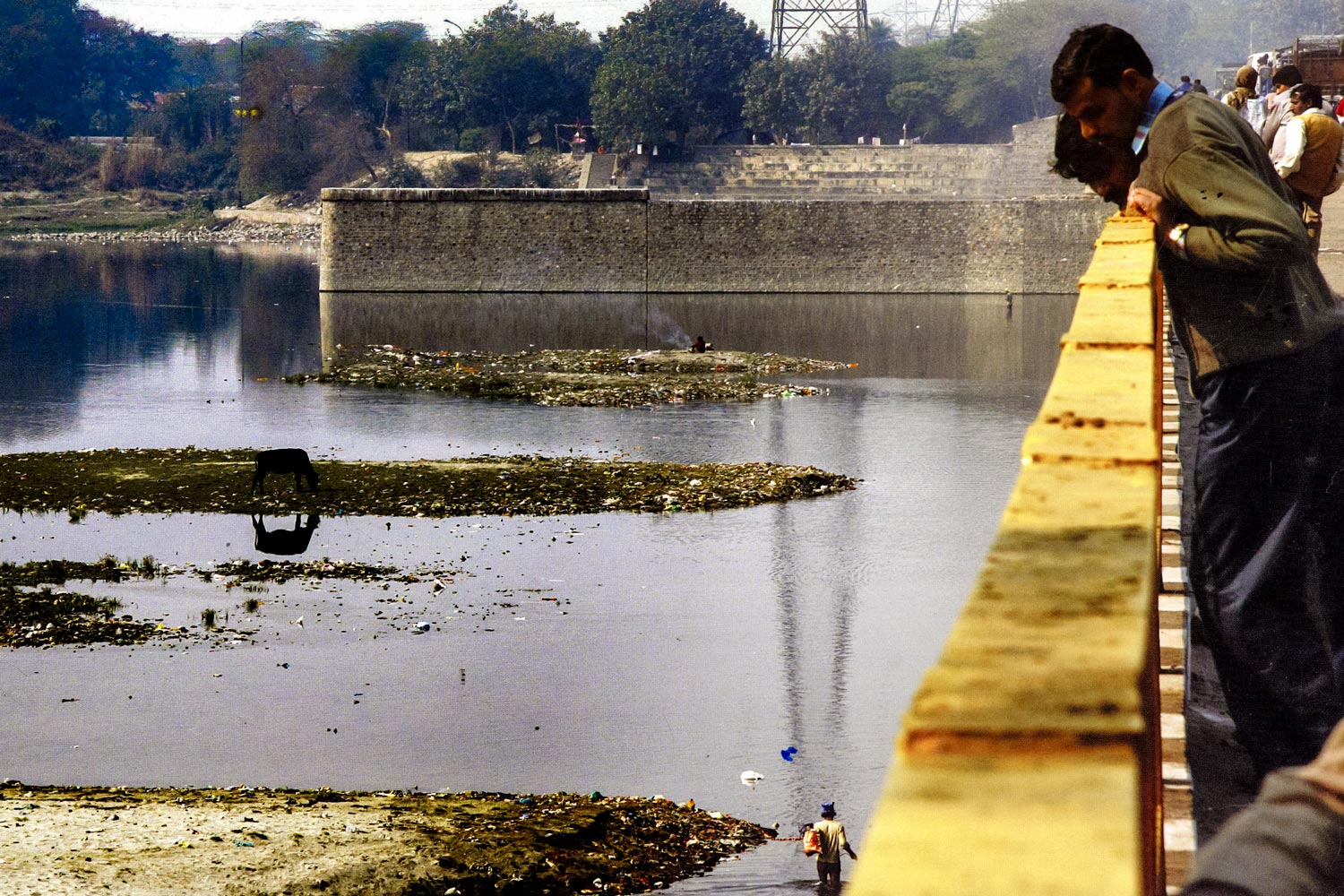 The Yamuna River Project, based in UVA’s School of Architecture, aims to drastically reduce that percentage and restore the Yamuna as an environmental and cultural centerpiece of the city. Faculty and students in several departments are working with officials in India to reduce pollution in the river’s main tributaries, plan public spaces along the riverbank and create the city’s first planning department dedicated to water resources.

“It is such a big, complex problem, and a platform that needs the participation of many people and groups,” co-director and architecture professor Inaki Alday said. “We are looking forward to participating in the festival to raise awareness and curiosity among the public and connect with other researchers there.”

“The Ceiling Floats Away”

Matthew Burtner, a professor of composition and computer technologies and the chair of UVA’s McIntire Department of Music, will present an interactive composition, “The Ceiling Floats Away,” accompanied by a professional quintet. The Mobile Interactive Computer Ensemble, or MICE, that Burtner leads with 10 UVA students also will perform during a reception Saturday night. 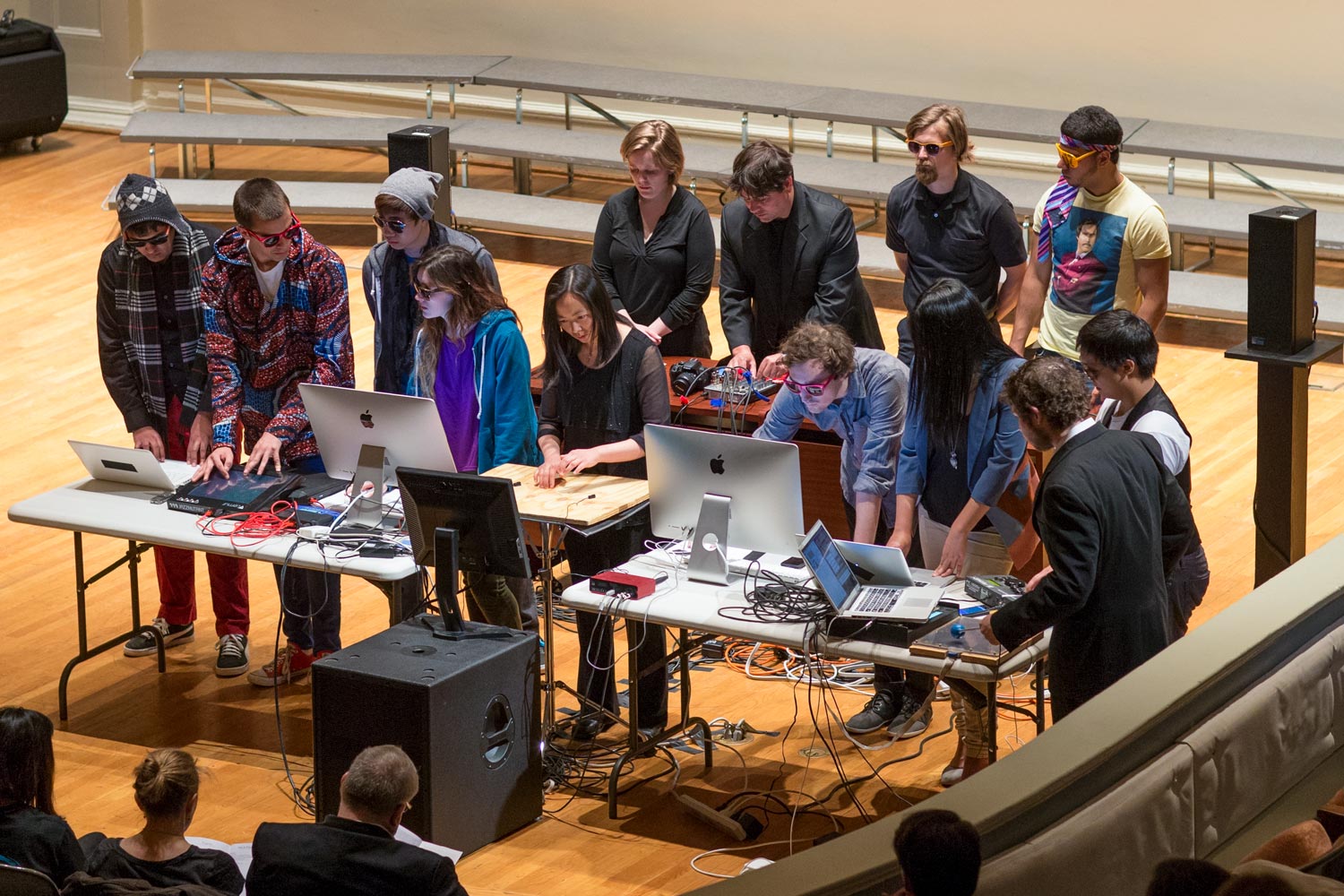 “The Ceiling Floats Away” features poetry by UVA English professor and former U.S. Poet Laureate Rita Dove. Burtner and his team have created a software system, NOMAD, that layers Dove’s voice with other sounds while also bringing in audience responses in real time, as viewers text in their reactions to different verses or write their own poetry.

“The database can compare words from something that an audience member texts in and construct responses from the poet,” Burtner said. “It essentially listens to what the audience says and responds in Rita’s voice in real time.”

It’s Copperhead Season in Virginia. Here Is What You Need to Know END_OF_DOCUMENT_TOKEN_TO_BE_REPLACED

What’s Next for UVA’s Class of 2022? END_OF_DOCUMENT_TOKEN_TO_BE_REPLACED