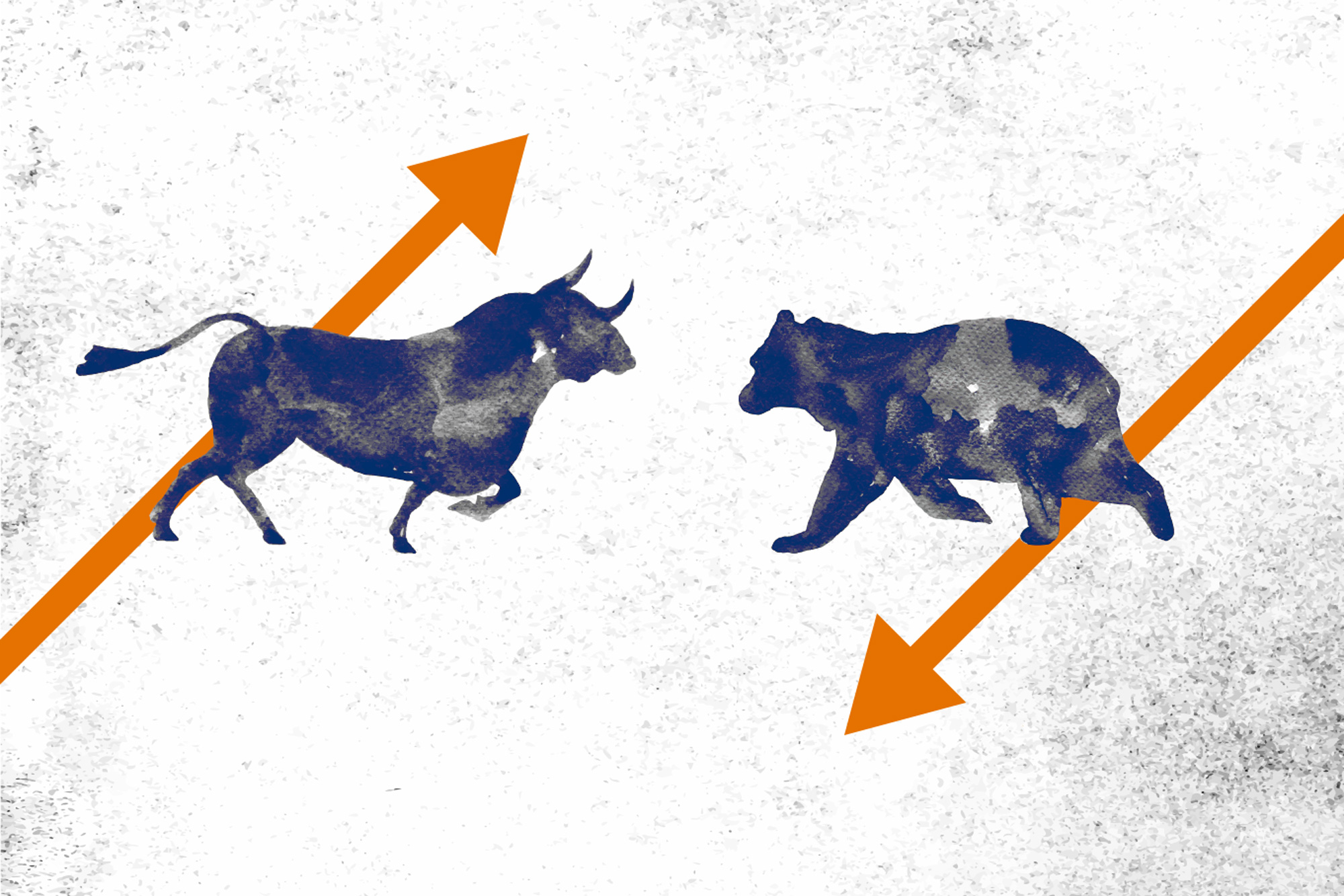 A new year has dawned, a new president is about to take office and many Americans are wondering how 2017 could affect their bottom line.

Predictions abound for the stock market, the housing market, trade and more. The upcoming presidential inauguration brings its own set of question marks, as Wall Street financiers and politicos anticipate changes from President-elect Donald Trump and the Republican-controlled Congress.

UVA Today sat down with University of Virginia economics professor Edwin Burton and finance professor Richard Evans to learn more about their expectations for 2017, what they are encouraged by and what they are worried about.

Here are their seven key takeaways for the American economy this year.

Burton and Evans attribute the moderate forecast to the market’s rapid growth since the 2008 recession and the rising cost of stocks. 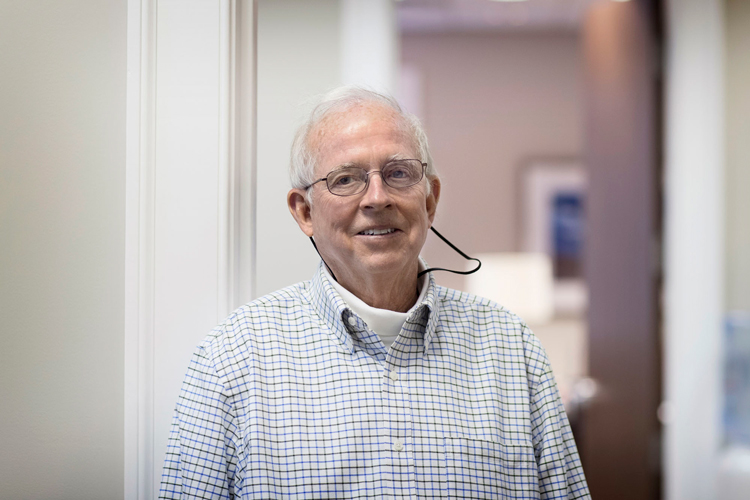 “We have had sluggish economic growth, but fantastic stock returns since 2009, when the Dow Jones reached 6,000,” Burton said. “Today, it has more than tripled, so it has been an unbelievable stock market rally.”

He does not believe that growth will be sustainable in 2017.

“I don’t think the stock market will crash, but the returns will not be quite as attractive,” he said.

Evans, who teaches in the Darden School of Business, agreed and pointed out historically high stock prices.

“At some point, the market's price-to-earnings ratio gets so high relative to its historical average, we expect it to decline,” he said. “I am not surprised by the 5 percent projection and actually, at points last year, even thought it might be lower.”

Both Burton and Evans said the financial sector is anticipating a significant decrease in regulation under new presidential and congressional leadership. Trump has already discussed repealing the Dodd-Frank Wall Street Reform and Consumer Protection Act, passed to regulate financial institutions after the 2008 financial crisis. 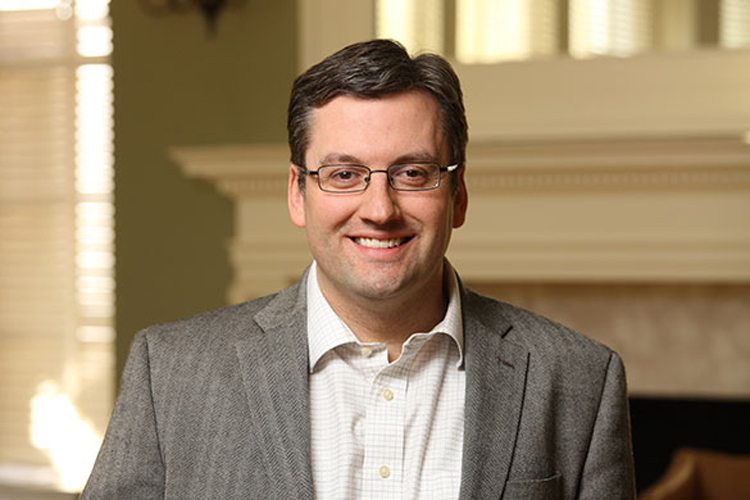 Richard Evans is an associate professor of business administration at Darden. His research primarily focuses on investment decisions. (Photo courtesy of the Darden School of Business)

“Rolling back those regulations could positively impact growth,” Burton said. “For example, commercial lending has barely increased over the last eight years because of restrictions on banks.”

Evans also expects deregulation to increase profits, though he added a cautionary caveat.

“Dodd-Frank was designed to prevent banks from getting too big, too complex and having too much leverage or risk,” he said. “That risk would increase a bit if you roll back regulation.”

Evans believes that the U.S. dollar, currently the strongest it has been since 1986, will remain strong in 2017.

With relatively low unemployment rates in the U.S., fiscal stimulus efforts – such as Trump’s proposal to invest $550 billion in new infrastructure projects – run a slight risk of inflation, Evans said. However, he believes the Federal Reserve can mitigate this risk.

"Federal reserve chair Janet Yellen has made it clear that the Fed is committed to fighting inflation", he said. "Higher interest rates in the U.S., relative to other countries, would attract foreign investment, keeping the dollar strong."

Both Evans and Burton expressed concerns about markets in Europe and Asia.

“The future looks pretty good for the U.S. economy, but slowdowns in Europe and Asia could potentially act as a drag,” Burton said.

Evans characterized China as "a bit of a question mark," noting that the strength of the dollar could positive for China's exports, but uncertainty about the Trump administration's relationship with the Asian power could negatively exports and its overall economic growth.

“Europe is also a big risk,” Evans said. “Brexit is looming and there is a trend toward populism in several key elections, which could make Europe’s financial markets very volatile in 2017.”

Discrepancies in Public and Private Sector

Burton said that public sector has done relatively well since the financial crisis, while private sector recovery has been more sluggish. This year, he anticipates a reversal of fortunes, in part due to decreased regulation and potential changes to the tax code.

“For the public sector, there could be considerable retrenchment,” Burton said.

Capping itemized deductions and limiting the deductibility of state and local taxes, both proposed in Trump’s tax plan, could adversely affect organizations that depend on tax-deductible donations.

“So, the outlook depends a bit on who you are,” Burton said. “In the private sector, things look pretty good, perhaps less so in the public sector.”

Slow – if Any – Growth in the Housing Market

Burton believes that 2017 will bring some growth in the housing market.

“I think banks will be less restrained, and that could be good for the housing market,” he said. “Offsetting that, there may be limits on mortgage interest deduction in new tax bills that could affect the favorability of home ownership.”

“Returns on real estate for the past five years have been amazing for investors, but those high returns have led to steep valuations,” he said. “Given those valuations, my expectations for real estate are more muted going forward.”

Both professors believe that the debate around trade, featured prominently in the presidential election, has generated perhaps the biggest economic uncertainty of 2017.

“Trade is good, for the U.S. and for others. The reason it has become a prominent political issue is that there has been such slow economic growth that people displaced in one industry have nowhere else to go,” Burton said. “We had the same kind of displacement in the 1950s and 1960s, but the economy was growing more quickly and displaced workers could be absorbed somewhere else.”

Trump campaigned on protectionist trade policies, but economists and policy experts across the political spectrum are unsure if those policies will carry over into his presidency.

“Taken to an extreme, that protectionism could be very bad for the U.S. and the world economy,” Burton said. However, he noted that Wilbur Ross, Trump’s nominee for Secretary of Commerce and a personal friend of Burton’s, is not likely to take an extremely protectionist stance.

“I would be very surprised if he buys into strong protectionism,” Burton said of Ross.

A lot depends on how, if at all, Trump adjusts his stance on trade once taking office, Evans said.

“In many issues, markets respond independently of a president’s action, but trade is something that the president has a great deal of influence over,” Evans said. “Right now, it is mostly a wait-and-see situation.”