From Academical Village to C-Pop: Alums Are a Hit in China’s Pop Music Scene 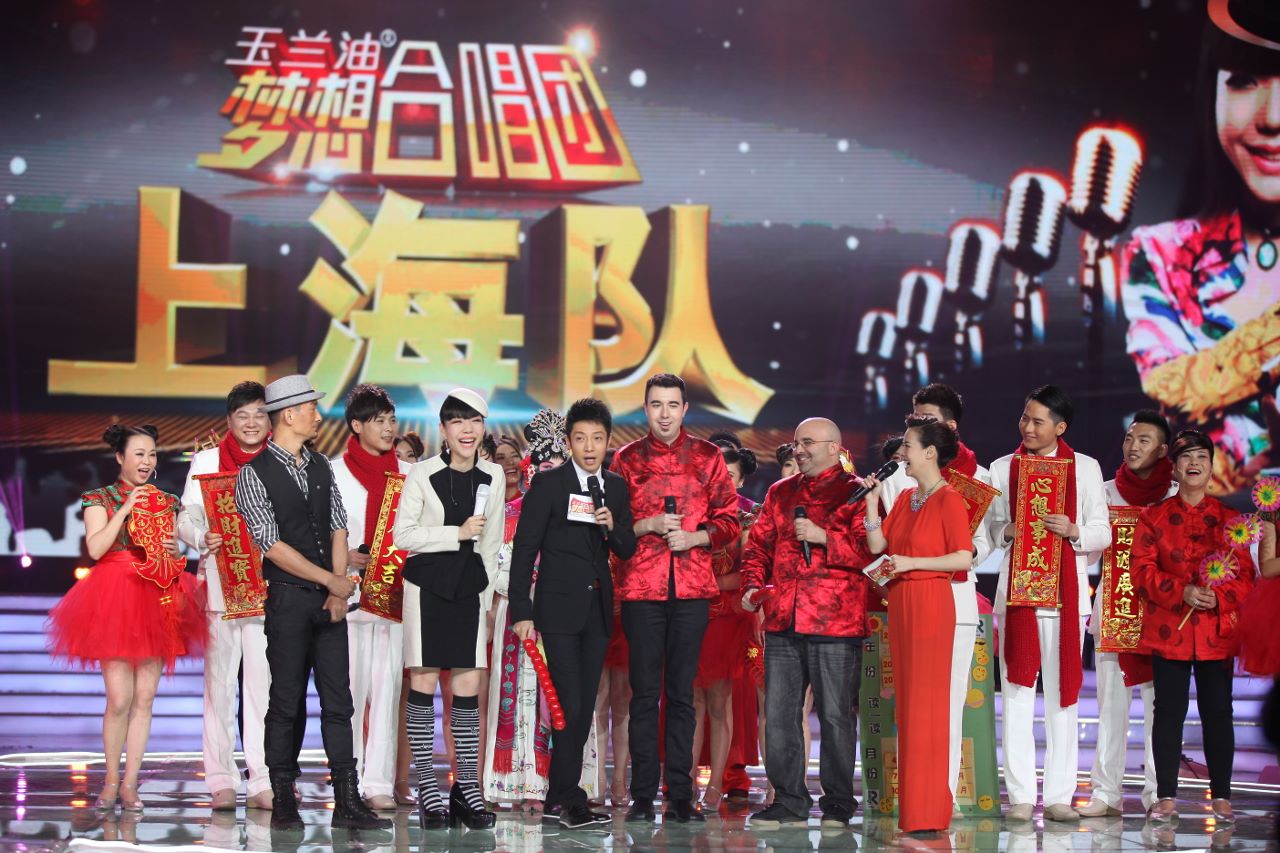 Peter Habib and Adam Nierow go way back – back to the 1990s, when they performed together in the Academical Village People, a tongue-in-cheek men’s a capella group at the University of Virginia that sometimes practiced in a bathroom in Old Cabell Hall because of its good acoustics.

During those early days, Habib (who graduated from the College of Arts & Sciences in 1998) and Nierow (a 1996 College alumnus) realized they shared a common approach to music and to performing, a bond that brought them together years later to form a music production business that is finding big success in the hyper-competitive world of pop music.

It’s no secret that many pop music superstars don’t write their own music. Sometimes, pop stars write music for other pop stars, as Pink did for Adam Lambert with “Whataya Want from Me.” Then there are hugely successful producers like Max Martin, who has cranked out hits for Maroon Five, Katy Perry, Taylor Swift and others.

That is the work world of Mr. Fantastic, Habib and Nierow’s production company, founded in 2006 with offices in New York and Los Angeles. The pair has worked with Grammy Award-winning artists including Jennifer Lopez, Charice and veteran producer David Foster, whose work with Barbra Streisand, Michael Jackson and Madonna has made him hugely successful in the industry.

“The first few years, we were doing what most of our peers do: get into the studio every day, write songs and try to get on a major album,” Nierow said.

The pair have written hundreds of songs and pitched them to such singers as Britney Spears, Rihanna and Justin Bieber, hoping for that big hit. What’s that like? “Like trying to win the lottery,” Nierow said.

The rate of return for that approach made Habib and Nierow realize they had to adapt if they were going to continue to grow their business and thrive in the industry. One look at the marquee section of their website will show you where they are finding success: Asia.

An early musical success came with Charice, who performed the Mr. Fantastic song “Reset” on her eponymous debut 2010 album. “We saw that Charice was doing well in Japan, so we started forging relationships in Japan and Korea,” Nierow said.

They found something liberating. “It was more of a democracy. In the United States, if you are a huge name with big hits, you get work. In Korea and Japan, they didn’t care if you have a big name or a small name,” he said.

And there was clearly a hunger for Western-sounding pop music.

Work in China soon followed, and with that came Mr. Fantastic’s biggest-yet success in the pop world, a collaboration with Chinese pop singer Momo Wu.

The singer is often compared to English singing superstar Jessie J, whose single “Flashlight” is featured in the film, “Pitch Perfect Two.” Wu had just joined the ranks of reality television royalty in 2012 after placing second in the first season of “The Voice of China.” She was poised to break globally and was being courted for sponsorship by Pepsi. At the same time, she was working with Mr. Fantastic on the song “Live for Now.” The song ended up being featured in the Pepsi-sponsored video and helped make Momo Wu an overnight star in China. The infectious video quickly broke the Chinese record as the most-watched music video, with more than 300 million views.

In addition to producing pop music, Mr. Fantastic creates tunes for some of the biggest names in entertainment, media and fashion, including Disney, Universal, Nickelodeon, Maybelline and Calvin Klein. Just recently, Mr. Fantastic became the first U.S. music production company to sign directly with Sony/ATV Music Publishing in China. They credit a lot of their success in China to Mike Ludwick, another Academical Village People alumnus who is managing director of their China operations.

With all this success, it would be understandable to assume Habib and Nierow majored in music, or perhaps business. Nope. Habib majored in sociology and Nierow in Spanish. The determined pair say their a cappella experience set them up to succeed.

“We learned how to make unique musical arrangements, and being able to sing demos to artists is also a plus,” Nierow said.

“Being in an a cappella group from U.Va., we are not shy. We are happy to get out there and promote our name and our brand as opposed to most producers, who work behind the scenes.”

A Year We Will Never Forget: 2019-20 in Review END_OF_DOCUMENT_TOKEN_TO_BE_REPLACED

‘What Will You Carry With You?’ Remarks From UVA President Jim Ryan END_OF_DOCUMENT_TOKEN_TO_BE_REPLACED