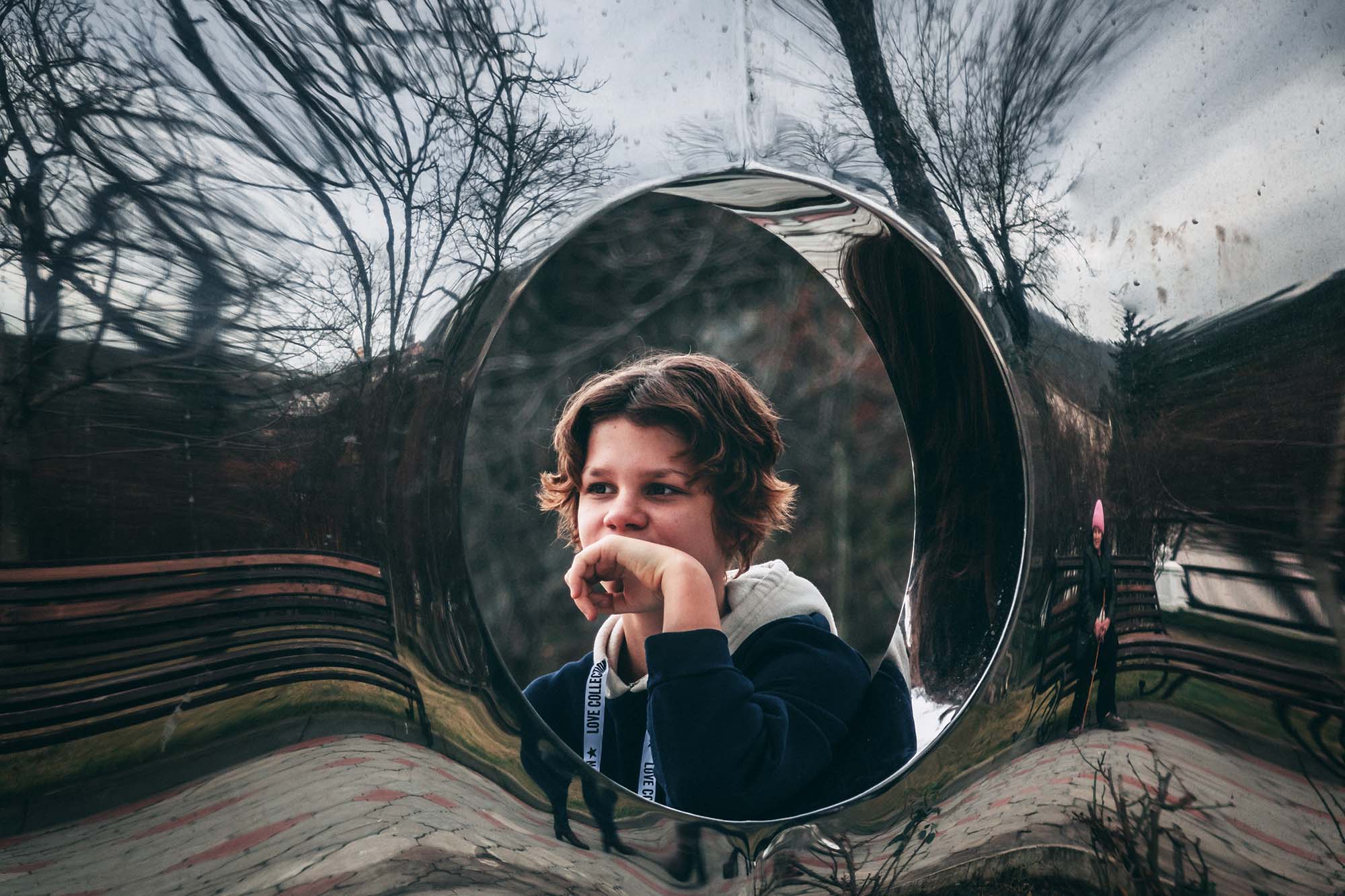 Adolescence is a challenging time for every child, as they experience important developmental milestones and navigate an increasingly complex world. For girls with autism spectrum disorder, adolescence can create a window into their unique experiences with autism, often resulting in a first-time diagnosis.

Four boys are diagnosed with autism spectrum disorder for every girl. According to Erica Rouch, a researcher and psychologist with the University of Virginia’s Supporting Transformative Autism Research initiative, this gender difference has contributed to a number of challenges in diagnosing girls.

“Autism spectrum disorder is diagnosed by evaluating behavior,” said Rouch, an assistant research professor in UVA’s Curry School of Education and Human Development. “And, as its name suggests, it is also a spectrum, meaning some individuals with ASD face more challenges than others. Because we see ASD much more frequently in boys, we have a clearer picture of what symptoms look like in boys and how to determine if a diagnosis is appropriate.

“What we are finding now is that the strengths and challenges faced by girls with autism don’t always mirror those of boys.”

In the last decade or so, Rouch noted that there has been a rise in autism diagnoses for girls who have strong intelligence and fewer behavior challenges, but still present with social interaction difficulties, a key symptom of autism. And recent data about girls with ASD, although still limited, suggests that these diagnoses are often being made in early adolescence.

“The limited research we do have seems to suggest that girls are not diagnosed until adolescence because they may present with less pronounced symptoms in early childhood and they may have ability to ‘mask’ symptoms in middle childhood,” Rouch said. “It seems that girls with ASD are more likely to find strategies to compensate for some of the core challenges with basic social communication that we see in boys.”

For example, girls might teach themselves to look at someone between the eyes to mimic eye contact. This has been referred to as “camouflaging” symptoms – the idea that girls are able to look around, see what their peers are doing, and mimic that to some extent – but it may not be totally natural for them.

“Ultimately, however, adolescence brings higher demands for social interactions, particularly in group social situations, and it becomes more challenging for these work-around strategies to be successful,” Rouch said. “Girls’ increasing challenges in these situations can help clarify an autism diagnosis.”

According to Rouch, one recent observation study documented elementary school children on a playground, revealing the significant difference in behavior between boys and girls with autism and offering insights into the difficulties in diagnosing autism at this age.

“The researchers found that the boys with ASD on the playground were physically distanced from other children, clearly playing alone,” Rouch said. “The girls with autism were sticking with the group, seemingly involved in group play. Yet while they were physically present, they were much less involved than other girls in social chatting during play. You can see how it would be easy to miss the subtle way they were not truly connecting and forming relationships with their peers. And of course, these girls are also missing a foundational experience that would help prepare them for the complex social relationships of adolescence.”

Rouch said these subtleties often allow diagnoses for girls with autism to be missed until adolescence.

Navigating relationships – from friendships to parents and other adults to romantic crushes – is a hallmark challenge of middle school. Research suggests that as relationships and the expectation to interact with in groups increases, adolescent girls with autism have increasing difficulty in social situations. This looks like difficulty making and keeping friends and trouble with managing conflict resolution and rejection.

“Since this is an emerging field, a lot of the research we have about adolescent and adult females with ASD is based on self-report of experience,” Rouch said. “Adolescent girls with ASD often report having one single friend at a time. And when conflicts with a friend or peer arise, they are more likely to blame themselves entirely or blame the friend entirely, which often results in the end of the friendship. 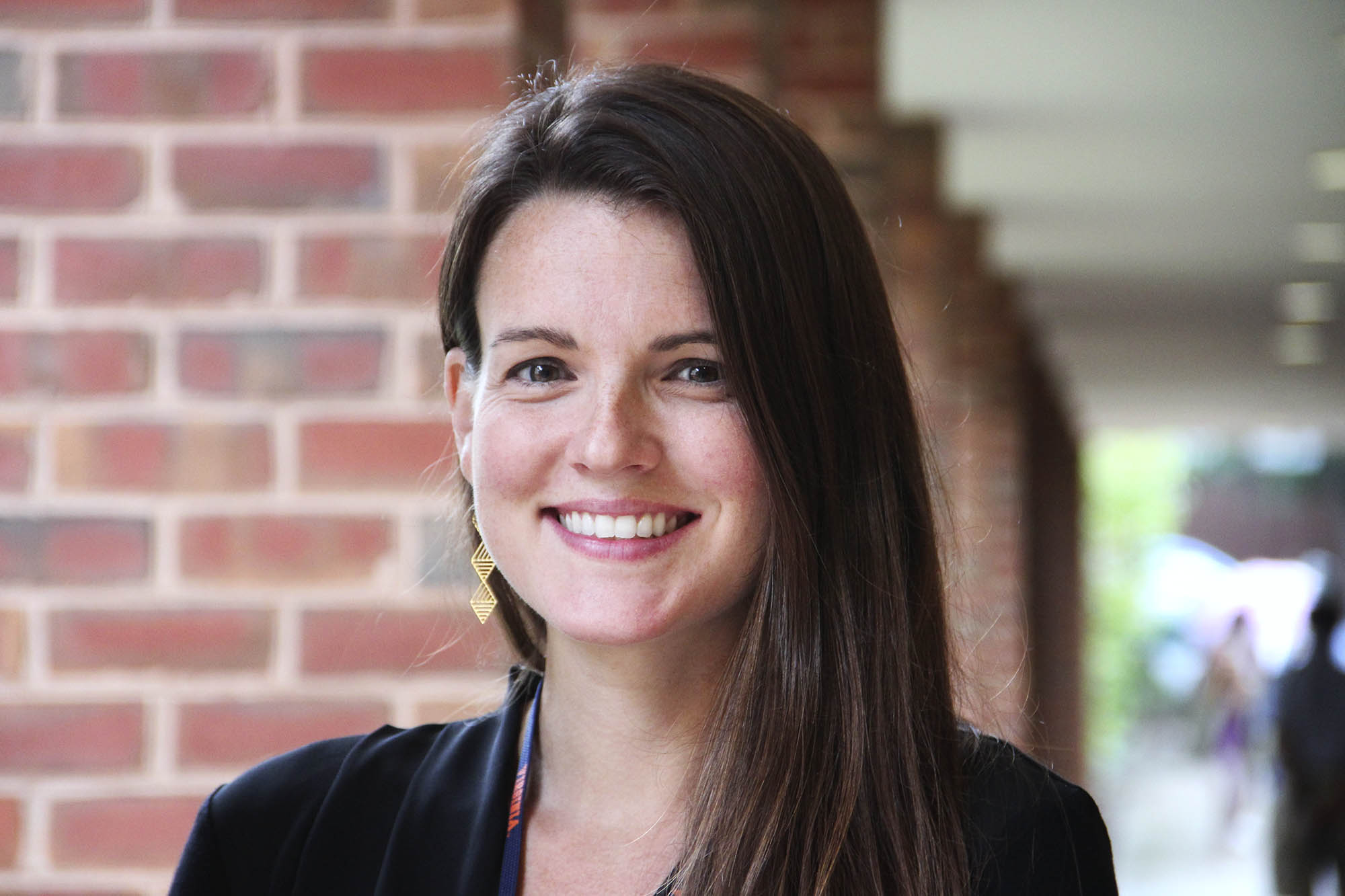 “When you think about how much the potential for peer conflict goes up during the teen years, especially the nuanced relational aggression that we see in teen girls, you can see why things become markedly more challenging for these girls.”

Because of this, adolescence seems to be when their difficulties are first noticed. Interestingly, however, these problems might be first noticed and diagnosed as anxiety or depression that has developed as a result of the social challenges. Researchers do know that girls with ASD are more at risk than boys with ASD of also having co-occurring anxiety and depression.

The good news is that with an autism diagnosis, even with one that comes as late as adolescence, comes a variety of services and interventions. Last year, Rouch launched a study aimed at improving the social skills of middle and high school girls with autism. For the first time, she is testing the effectiveness of the evidence-based program, PEERS for Adolescents, in an all-girl social skills group. The intervention uses social role play and homework, as well as parent involvement, to teach skills such as maintaining conversation, resolving conflict and handling bullying.

“Evidence suggests that the PEERS program is effective for girls who participate in mixed-gender groups,” Rouch said. “In the past, however, girls who have participated in these social skills groups are often the only girl in a group of adolescent boys. Adolescent girls in any sort of group setting that includes boys will be impacted by their presence, so I am optimistic to see how this intervention works with a group of only girls. I’m particularly curious to see how the discussion of social difficulties and strategies for overcoming them looks different in an all-girl group.”

The group of nine girls and their parents began meeting in February, with the teen girls practicing the PEERS social skills through role play and homework and their parents serving as social coaches. The coronavirus pandemic interrupted their progress, though the group restarted this month, meeting virtually.

In addition to determining whether the girls showed improvement in their social skills as a result of the group, the researchers asked the girls and their parents to specifically weigh in on the all-girl format, what they liked and didn’t like or anything they might add. They are also measuring anxiety in girls pre- and post-intervention, since girls with ASD are more likely to have co-occurring anxiety diagnoses than boys with ASD.

“I’m hoping that this will serve as a small pilot study that will help us tailor the PEERS curriculum to the needs of girls and then test that in a more systematic way,” Rouch said.

The literature suggests that girls with ASD might be better than boys with some foundational skills such as having a conversation in a one-on-one setting. The PEERS curriculum spends a lot of time on this skill, but also addresses more complex skills such as coping with bullying, using electronic communication safely and managing conflict. Rouch hypothesizes that the girls and their parents might report that it would be better to spend more time in sessions about these complex skills than in sessions about the more foundational skills.

According to Rouch, although the pandemic has caused an unexpected disruption, it has also brought some unexpected benefits.

“The really interesting silver lining of COVID and having to switch to telehealth is that this may actually offer a better way to reach girls with ASD all in one group,” Rouch said. “In the past, finding enough girls with autism to bring together in a social skills group could be a challenge, given the number of boys diagnosed versus girls. However, if you can offer a telehealth group without having to consider geographic proximity, then you can reach more people. In turn, this makes us better able to study the needs of girls by being able to get them together in a group!”

The telehealth continuation of the group will run for nine weeks this fall. The researchers will then collect data, with the aim of reviewing and implementing suggestions made by the girls and the parents, with the ultimate aim of running another larger scale study to see how this benefits females.

For All of Us END_OF_DOCUMENT_TOKEN_TO_BE_REPLACED