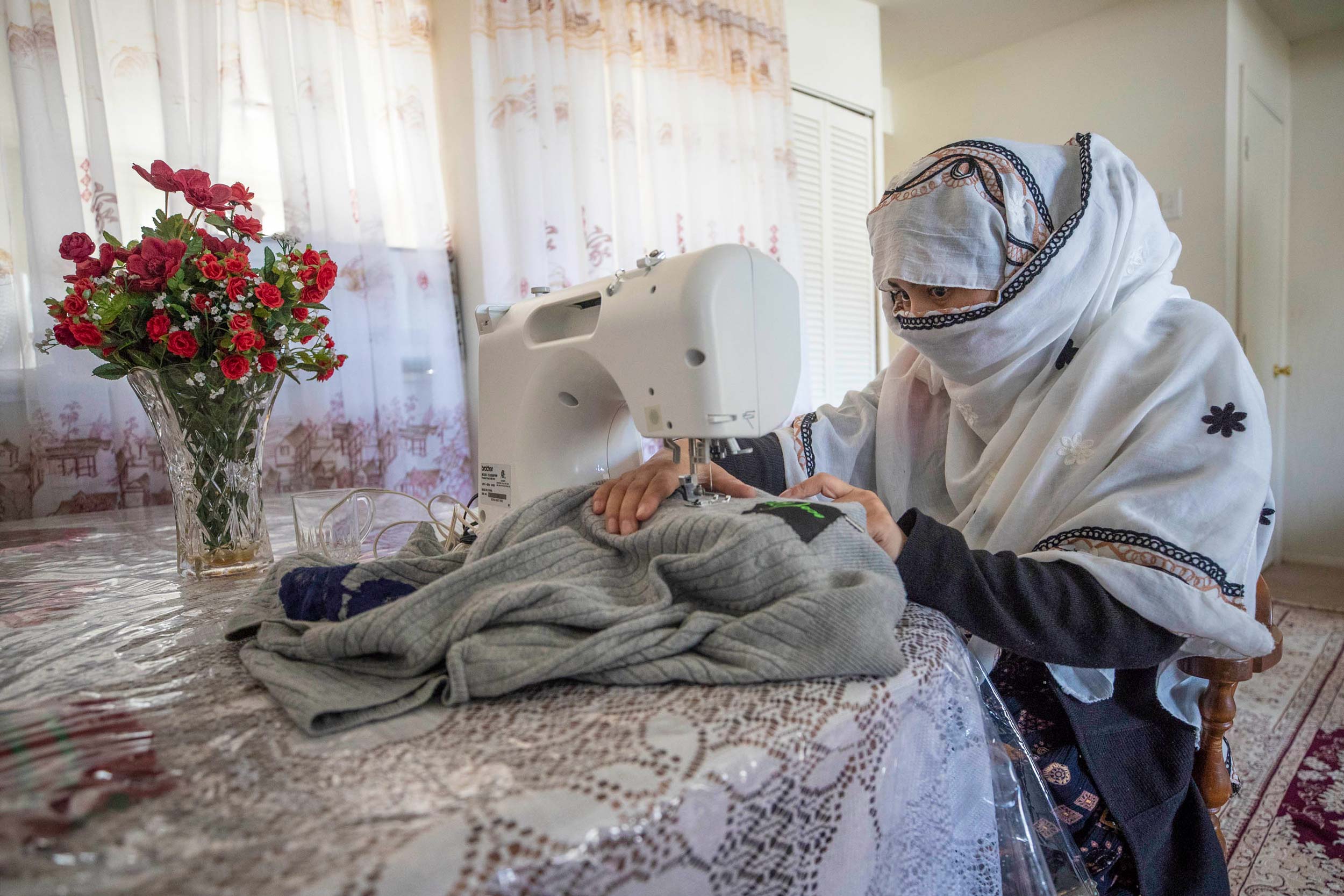 Saleha Akhbari embellishes a sweater in her home. She said being able to work from home is perfect because it allows her to care for her six children, aged 4 to 17. (Photos by Sanjay Suchak, University Communications)

This is Saleha Akhbari’s story and it leads, in a surprising way, to this year’s “Cyber Monday,” the massive online holiday shopping spree that explodes the Monday after Thanksgiving.

Akhbari’s family relocated to Charlottesville from Kabul, Afghanistan, about a year and a half ago to escape the violence in their war-torn homeland.

Choosing to leave behind family and friends was a difficult, but necessary, choice. Saleha’s husband Mohammad had worked as a reporter for NATO troops based in the country, and it had become clear his position was placing him and his family in danger. The Akhbari family applied to the United States for refuge, arrived in the U.S. via Dulles Airport, and swiftly settled in Charlottesville. 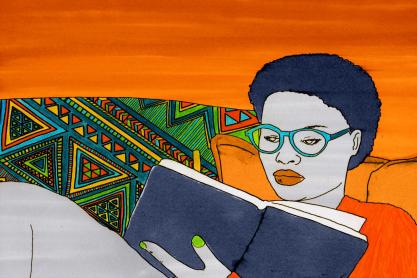 The International Rescue Committee helped resettle the family in an enclave off of Hydraulic Road nicknamed “Baby ’Bul,” because it is home to several Kabul natives.

Finding work to support their family has posed a challenge. Mohammad suffers from post-traumatic stress disorder, a byproduct of living and working in Afghanistan, which is riven with violence sown by the Taliban and the Islamic State. When he can, he drives for Uber and Lyft, a far cry from the professional work he carried out in Kabul. 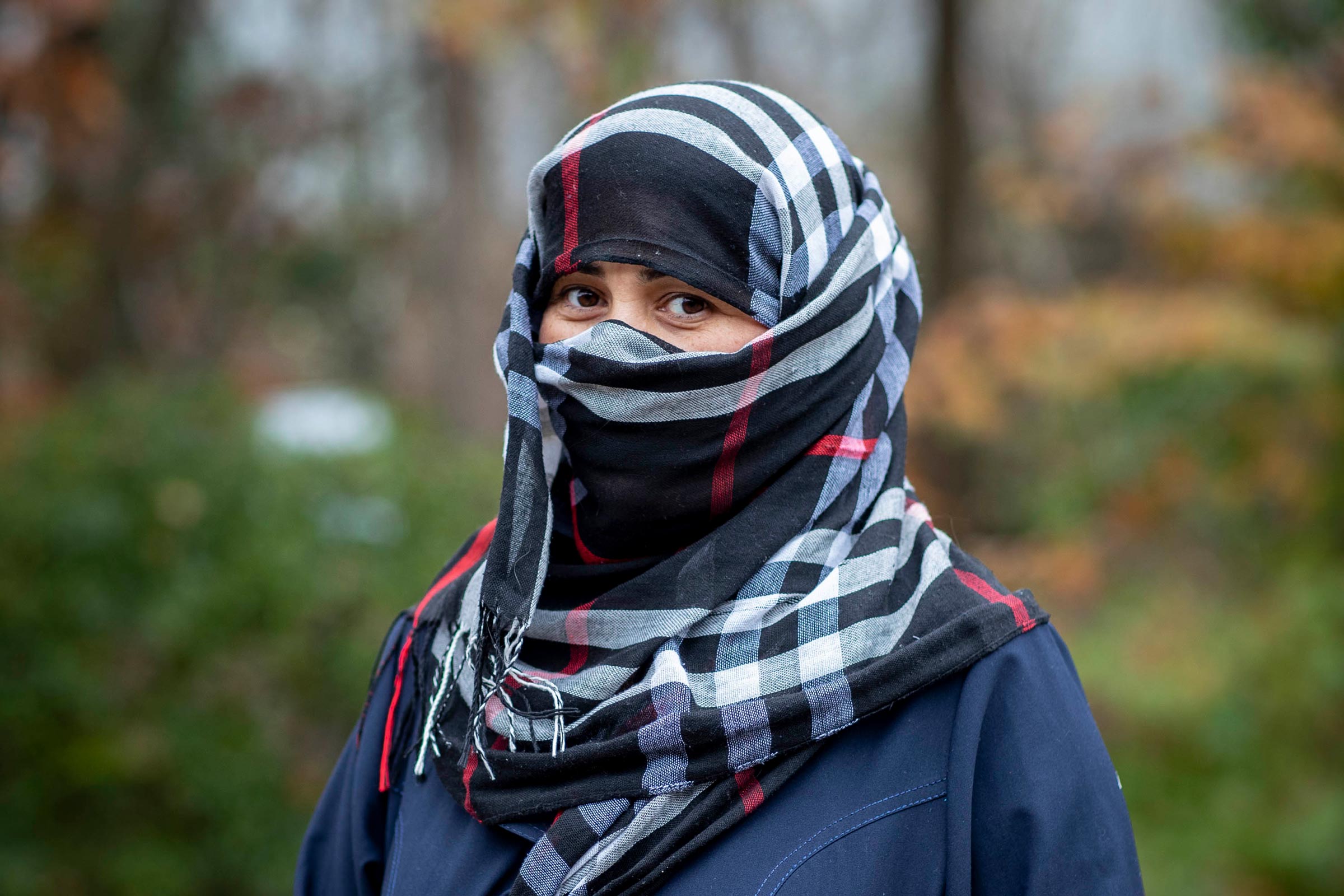 In addition to caring for her six children, Saleha has found another way to contribute to the household. She has returned to her expertise as a tailor and is now part of an endeavor called The Super Sewing Shop.

She is one of about a dozen Afghan women who are working with the outfit, which was launched by Gwendolyn Cassady, a community activist who holds two degrees from the University of Virginia.

The idea is simple. Cassady takes donations of sewing supplies, fabrics and clothing and distributes them among the women. They, in turn, return to their homes and “up-cycle” the pieces, embellishing things like jeans and sweaters with tassels and lace trim.

The women are hoping Cyber Monday will juice their sales and help them contribute to household costs like food and rent.

The Afghan women’s touchpoint with Cassady is at a commercial space the UVA alumna rents in the Woolen Mills area of Charlottesville. The room is packed floor to ceiling with containers of donated clothing, fabric and thread, the first donation of which came from the Earlysville Exchange thrift store in April.

On Nov. 12, Cassady invited the sewers to choose from among hundreds of fabric swatches recently donated to The Super Sewing Shop by Maria Vazguez-Amaral, the director of operations for the Medical Simulation Center in UVA’s School of Medicine. The colorful choices ranged from beautiful toile cotton pieces to intricate, deeply hued wool samples. 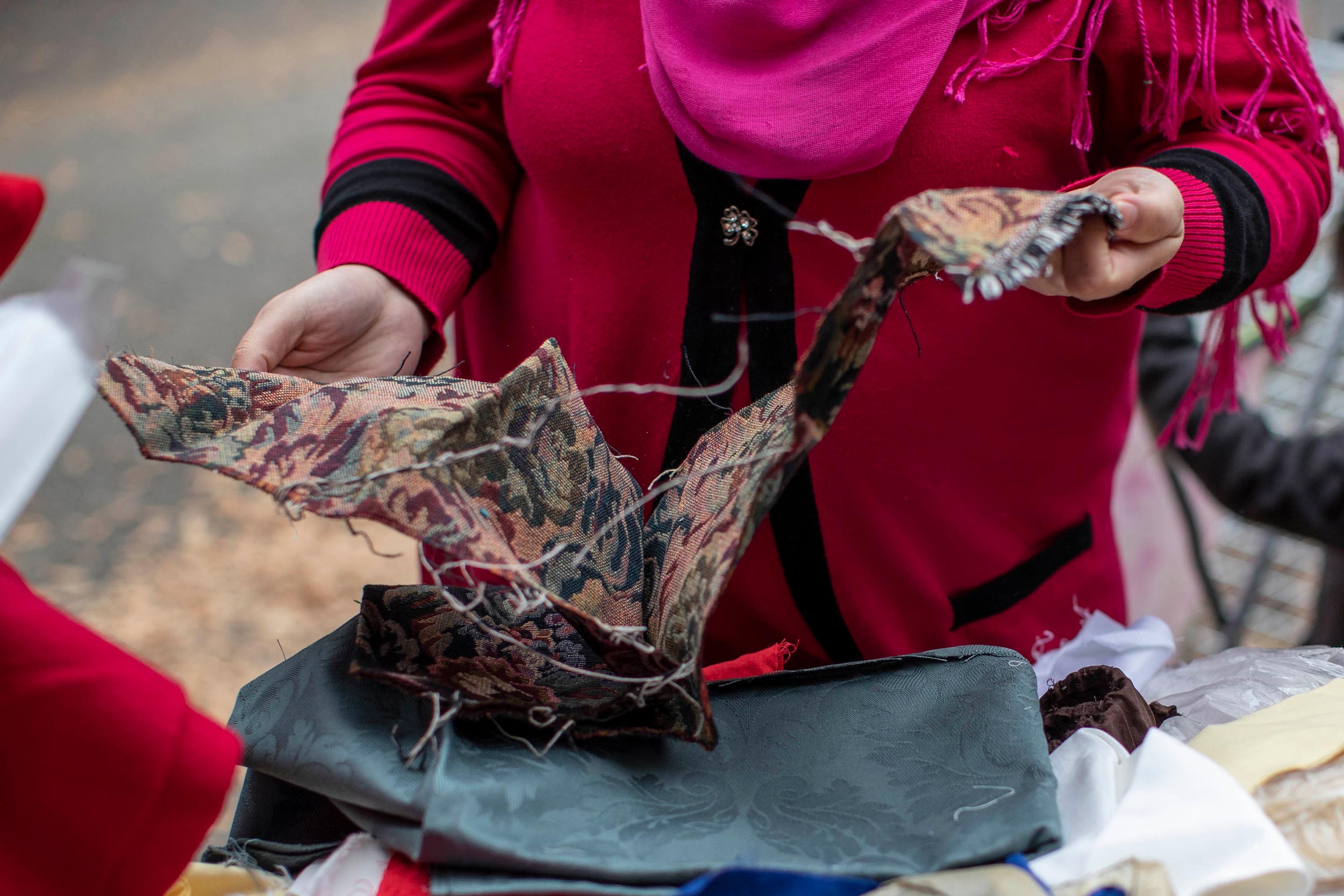 A seamstress examines recently donated fabric swatches she might use to embellish donated clothing for The Super Sewing Shop.

The enterprise launched last April by chance. That spring, Cassady had decided to donate some huge rolls of fabric and a closet full of clothes that no longer fit to some local Afghan women she’d learned about from a friend.

Cassady, who earned a degree in economics from UVA in 1997 and a master’s in education (with a specialty in curriculum and instruction) in 2014, invited what she thought would be three women to come to her office space.

“I opened up my doors and there were dozens of women and their families, their children, their husbands, who showed up at my little, tiny commercial facility in downtown Charlottesville,” she said. (Cassady, who also tutors Chinese students online, rents the space because she does not have a good internet connection at home.)

Cassady had planned to personally up-cycle her clothes. “Given what’s happening to our environment, I wanted to really start making a difference,” she said, adding, “there are 9 to 14 trillion tons of clothing and apparel deposited into landfills every year.”

Looking at the crowd that had assembled in front of her office, Cassady saw a skilled crew ready and willing to join in her effort. “I was giving clothes so they could earn money, so they would have income, because many of these women, they are the sole source of income right now,” she said.

The Super Sewing Shop was born.

The Super Sewing Shop accomplishes several things. It eases clothing waste, supports local refugee families by helping them support themselves. And it offers this: “I want it to be the first, all-Muslim-female, Sharia law-based business in Central Virginia, if not the state of Virginia and quite possibly, America,” Cassady said. (As a fourth-year student in 1996, she wrote her thesis on Sharia banking. Koranic law forbids paying or receiving interest. “I will never forget, I had Professor Ken Elzinga as my adviser and his notes in the margin saying ‘fascinating topic.’”) 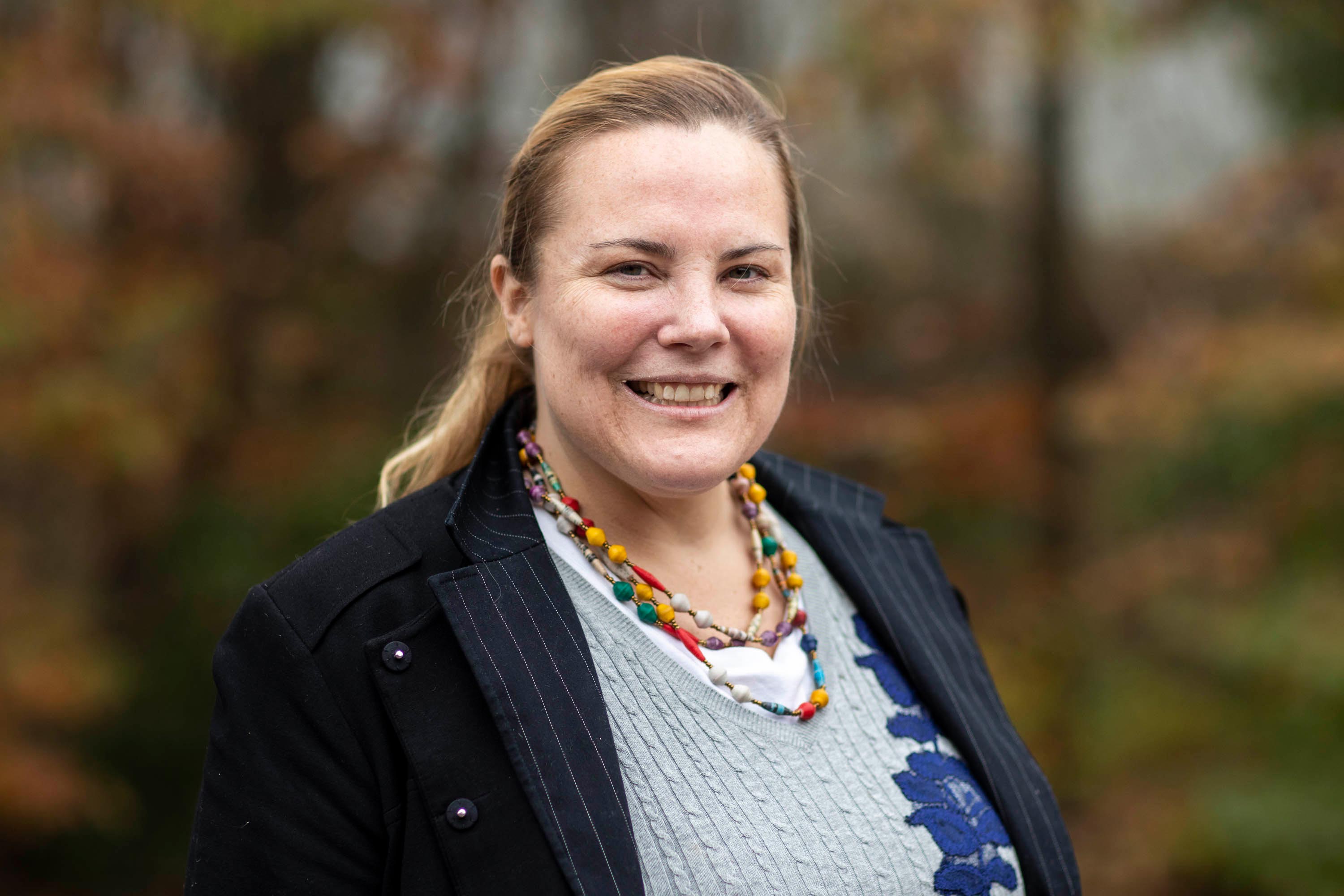 “We do ready-to-wear apparel art,” she said. “All of the women were either seamstresses or tailors in their native Afghanistan villages. They are all Special Immigration Visa refugees,” who acted as interpreters or were medical personnel who facilitated American military needs.

In August and September, Cassady and members of The Super Sewing Shop hosted a pop-up shop at the Shops at Stonefield called “Eco Chic Boutique.” Now, just in time for Cyber Monday, many of the 950-plus pieces the women have created will be uploaded online ready for sale.

And there is more to come. “The game plan is, by the end of the first quarter of 2019, the women will be their own independent business,” Cassady said. “They will be operating as independent contractors, operating and utilizing their own business. That way people who, say, purchased a pair of jeans from a particular artisan can continue to communicate and purchase from that particular artisan.”

Sitting in her comfortable living room recently after serving hot green tea, nuts and dried fruit, Saleha explained why she has stepped up to succeed Cassady as the leader of The Super Sewing Shop. Speaking through an interpreter, who also happens to be her brother-in-law, she said, “I am a tailor. It is my position. I know about everything, the sewing, the designing. I can make any kind of tailored thing,” she said. 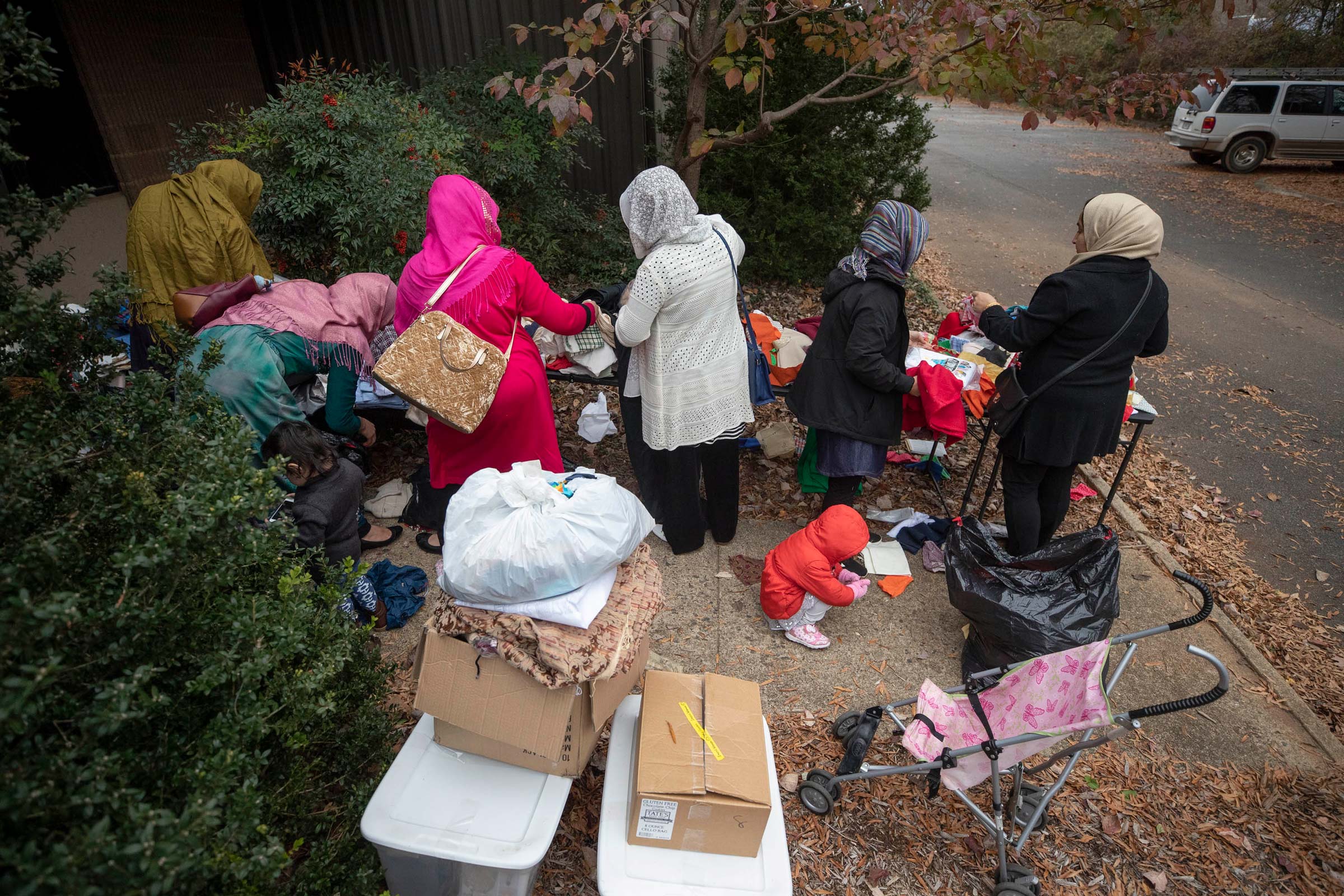 Women, with children in tow, gather outside Gwendolyn Cassady’s office in the Woolen Mills area of Charlottesville to collect fabric for their work. 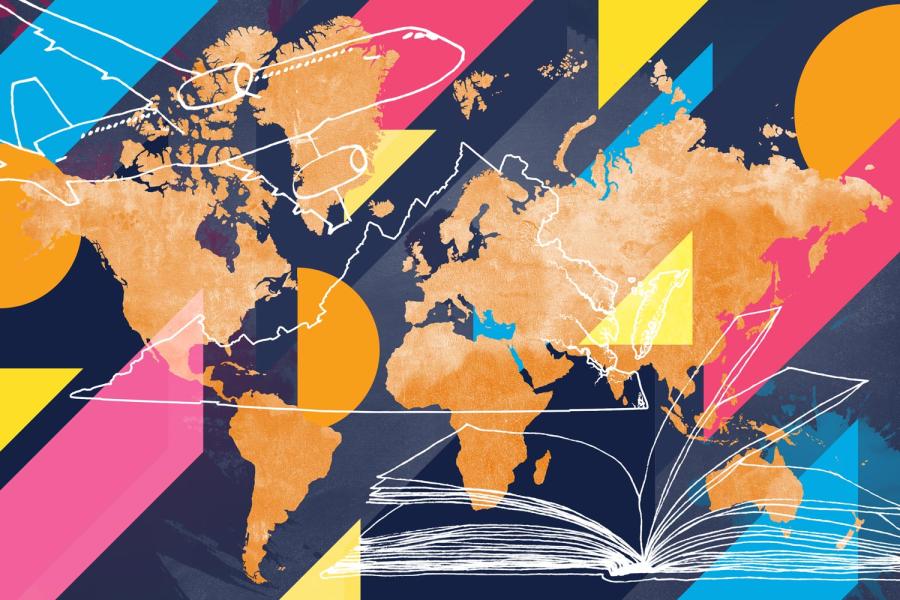 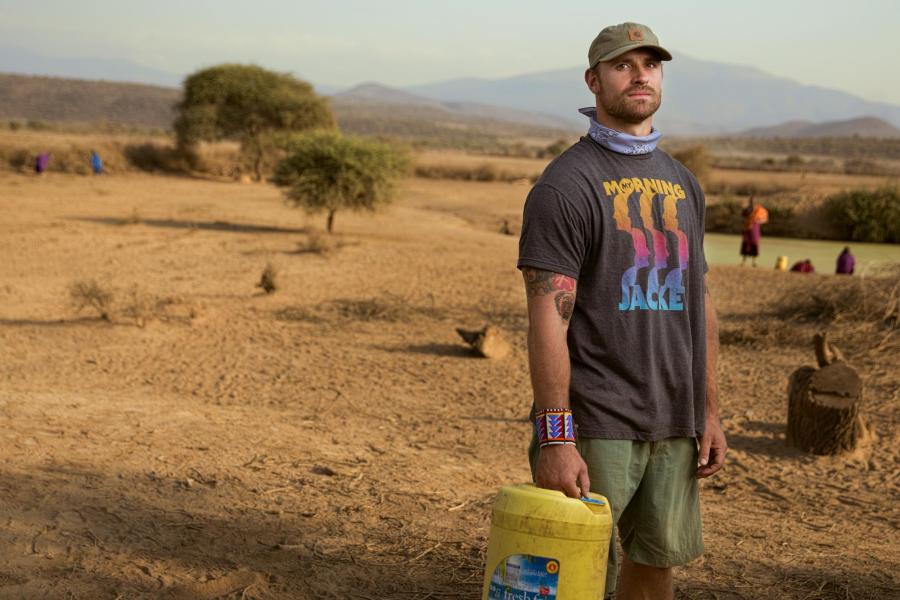 Chris Long: A Player on the World’s Stage 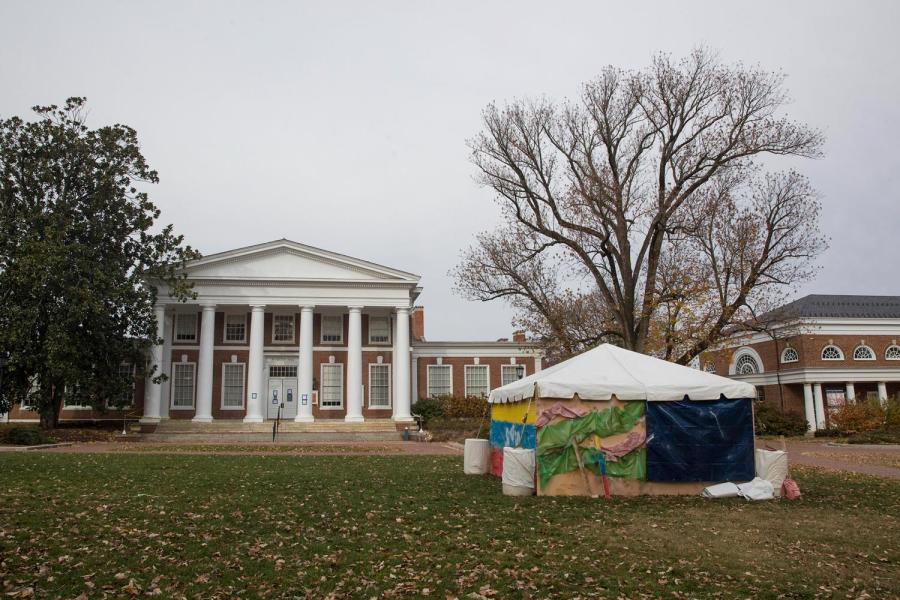 What’s Inside the Tent on Peabody Hall’s Lawn? Stop By and Find Out