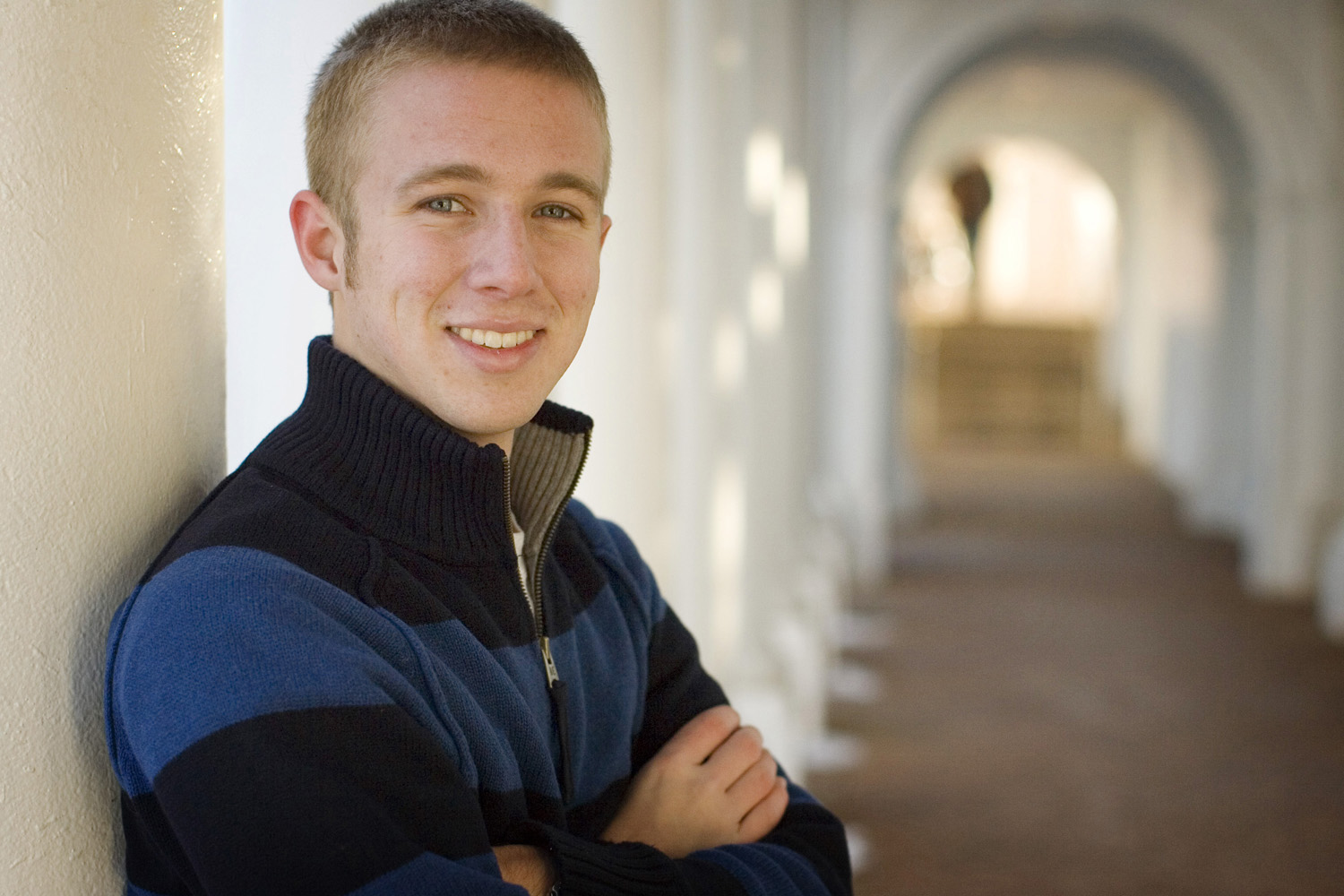 Nov. 1, 2007 — It's an easy, 90-minute drive down Interstate 64 from Sandston, a blue-collar area on the eastern outskirts of Richmond, west to Charlottesville and the University of Virginia.

For Kyle Mihalcoe, the life journey it represented was far more daunting.

Raised by his mother, a day-care teacher at a church preschool, Kyle attended Varina High School with sons and daughters of farmers and factory workers, the children of the people his parents went to school with. Many of his classmates returned to the family farm after graduation, and their children will likely go through Varina together in another generation.

A good student, Kyle had different plans. "I knew I wanted to go away to college," he said, "because I knew that if I didn't leave, I would never leave."

He applied to several colleges, and in the spring of 2005, the choice came down to U.Va. or James Madison University. Kyle was impressed by U.Va.'s academic reputation, but wondered how he might fit among students he perceived as being out of his socio-economic league. "I felt like I would just be that kid who was trying to keep up with the people who were wearing designer brands, really expensive sunglasses and driving Mercedes," he said. "My experiences here were a little bit uncomfortable for me, from the visitation side."

In the end, he chose Virginia — thanks largely to the AccessUVA financial aid program. Designed to boost enrollment of low-income students, AccessUVA meets 100 percent of students' demonstrated financial need, replacing loans with grants in the aid packages of the lowest-income students, including Kyle.

Around the time that Kyle made his college decision, AccessUVA's advisory committee met to review the retention rates of students at another university with a similar aid program. The data was discouraging; the low-income students were struggling, not making the grades predicted by their high school records.

"We decided that we didn't want to wait until there was a problem with retention to do something about it," said Rachel Most, an assistant dean in the College of Arts & Sciences. "We wanted to be proactive."

From that concern sprang a summer transition program for selected AccessUVA recipients, later named the "Rainey Academic Program" in honor of Board of Visitors member Gordon Rainey, who, as rector, helped shape the AccessUVA plan. For the last three years, between 14 and 19 entering first-years have come to the University early to get a firmly supported head start on their college careers.

"The goal of the program was really to help with the adjustment to college, so that they could hit the ground running in the fall," Most said. "We know that students who come in the summer feel more comfortable in the fall."

The students take two classes during the summer session and live together in residence halls. They also attend weekly workshops on topics that include financial aid processes, whether or not to work, how to use the library, ways to get involved in academic and student life, study abroad options, and how to choose classes and declare majors. After the workshops, they dine with faculty and administrators from across Grounds, making contacts that will be important resources throughout their U.Va. careers.

"These students don't necessarily need more academic support," Most said. "They might be first-generation college; they might be from a family that has little or no support for going to college. The feeling is if we don't give them resources here, there may be nobody at home to answer questions of what college is about and how to navigate the system.

"So this creates a sort of safe place, because they all feel comfortable with each other, to ask all their questions that they might not ask otherwise and that probably no one at home can answer. What's a midterm? How do you pick your classes? How do I declare a major?"

Kyle Mihalcoe was in the first group to go through the Rainey Program. As the only male among the four Varina High graduates who entered U.Va. in 2005, "I was kind of coming into this alone," he said. "It was really nice to have students who were in the same situation that I was — be around not only during the summer, but when we got back, to kind of cushion the transition into a 13,000-person university."

In fact, it made all the difference for him.

"I got here the first day to do the Rainey program, and instantly saw that the social bubble that I felt like I was on the outside of when I visited had completely disintegrated," he said.

He formed a network of friends not only with the other students in the program, but also with the older students in his classes. He got a feel for the academic workload. His contacts with faculty and administrators instilled a sense of pride and ownership toward the University. He and his family worked out the ground rules for living away from home — "simple things," he said, "like, 'When are you going to call me? When am I going to call you, and how long are we going to talk?'"

When late August came and 13,000 students arrived on Grounds, Kyle was already well-established. In fact, he was able to help fellow first-years find their way around.

"They'll come back and say, 'Everybody looks at me and says how do you know all this?' That's huge."

Because the group is so small, it's difficult to make any statistically sound conclusions about the program's effectiveness, Most said. Anecdotally, "The feedback has been overwhelmingly positive," she said. "Everybody's been glad they participated in the program."

Rainey Program students have become integrated into student life, she said with many assuming leadership positions.

Today, Kyle oozes enthusiasm about life at U.Va. A third-year student, he's majoring in drama and politics. He's on the executive board of the Hullabahoos, a student a capella group, plans to audition for a spring drama production, and served as a summer orientation leader this year.
He participates in Virginia Ambassadors, a group that goes to high schools like Varina to talk up college as an attainable goal. He stays close to the Rainey program, offering encouragement and reassurance to the new students entering each year.

He has friends from all walks of life. "I think my initial fear of all these rich kids who are not going to want to talk to me was gone instantly once I really found out the caliber of the student that U.Va. admits," he said. "I haven't had any issues."

These days, he's spending a lot of time on the phone calling home. Not because he's homesick, though — he's busy boosting U.Va. to his sister, a junior at Varina and "an amazing artist.
"I bring her up here all the time, because I want her to come here so badly," he said. "Coming here was the best decision I've ever made."

A Year We Will Never Forget: 2019-20 in Review END_OF_DOCUMENT_TOKEN_TO_BE_REPLACED

‘What Will You Carry With You?’ Remarks From UVA President Jim Ryan END_OF_DOCUMENT_TOKEN_TO_BE_REPLACED