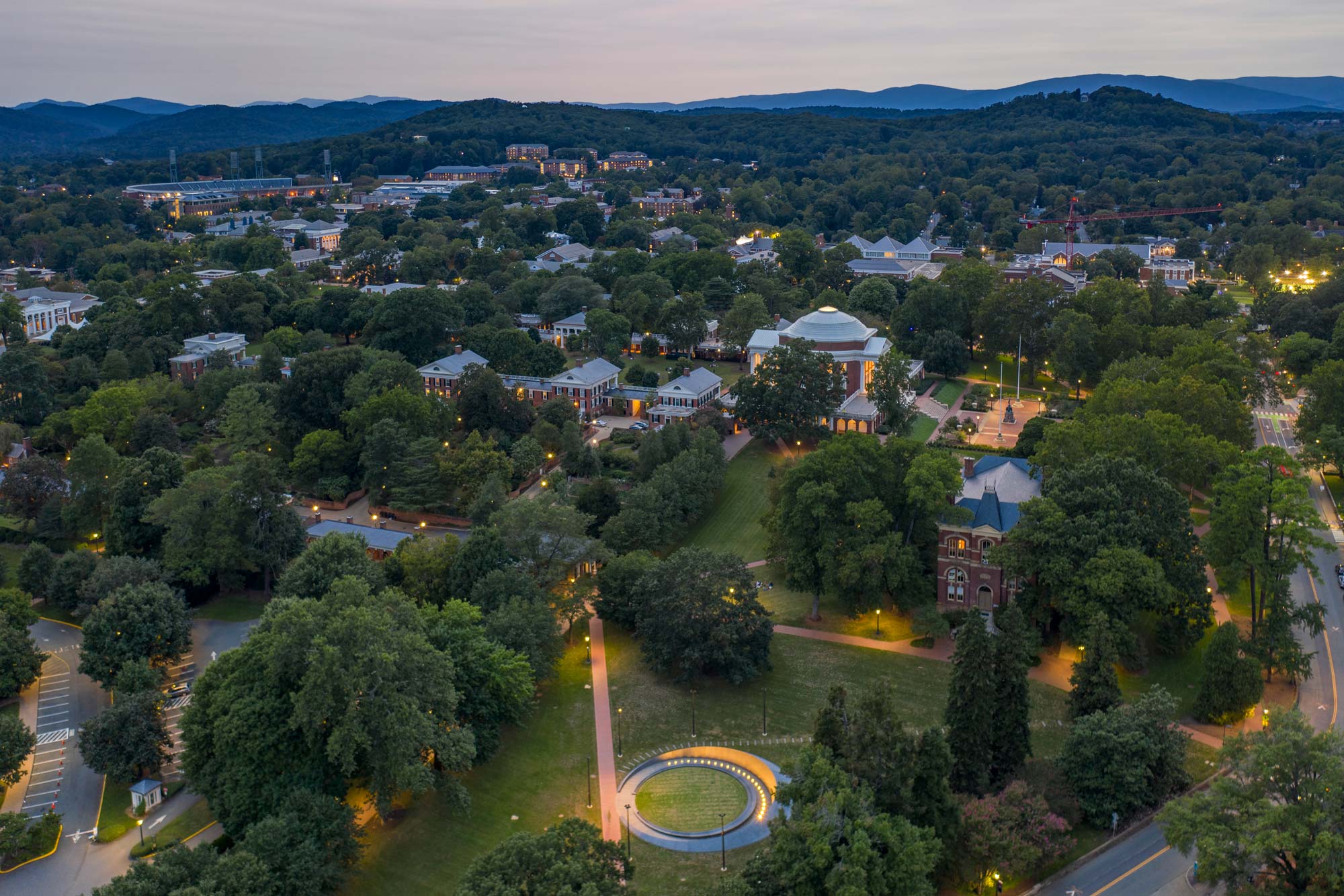 Following previous support of the Memorial to Enslaved Laborers, Robert Ruff’s most recent gift will invest in initiatives around diversity, equity and inclusion. (Photo by Sanjay Suchak, University Communications)

University of Virginia President Jim Ryan announced to the Board of Visitors today that Robert Ruff has committed $10 million for investment in diversity, equity and inclusion efforts at the University. Ruff’s gift will provide support for many of the top priorities set forth in the president’s 2030 Strategic Plan.

“Robert’s generosity as a committed alumnus and University citizen will propel UVA forward as we strive to become a more inclusive and welcoming community, and I’m deeply grateful for his ongoing support,” Ryan said. “Robert’s critical gift for the Memorial to Enslaved Laborers was key to this work, and his latest investment will strengthen UVA for generations to come.”

Ruff, a native of Dallas, is a 1981 graduate of UVA’s McIntire School of Commerce. After graduation, he returned to Texas, where he was a commercial banker for a decade before returning to his family’s retail hardware store business and, eventually, starting an artificial intelligence company that was active in developing global recruitment software.

Ruff’s support during the planning, development and construction of the Memorial to Enslaved Laborers and his backing for the subsequent programming for that space was a precursor to his current gift. He provided funds for the memorial’s opening ceremonies, for continuing genealogical research and for the creation and maintenance of a comprehensive website.

“The Memorial to Enslaved Laborers has served as a truly unifying place for people to learn, grieve, rejoice and to rededicate themselves to a vision of a better and fairer future,” Ruff said.

He has also contributed to the IDEA Fund at UVA, which provides externships for undergraduates and for the development of a new educational initiative. The externship program, in conjunction with the UVA Career Center, was a three-year pilot program that provided weeklong externships with alumni mentors during the January term and summer session.

The IDEA Fund is group of action-oriented alumni who endeavor to make UVA a more inclusive and welcoming environment to all students. The group works with the Division of Diversity, Equity and Inclusion to focus on making investments that accelerate issues or initiatives related to the values of inclusion, diversity and equity, and to help promote these values throughout University community and culture.

“Robert’s generous investment in UVA’s DEI initiatives will bolster the momentum and impact of the programs underway that serve the UVA and local community; create new pathways for UVA to meaningfully engage with our partners in the Charlottesville-Albemarle community; and ensure that the University can truly live up to the ‘great and good’ aspirations laid out in the 2030 plan,” said Kevin McDonald, vice president for diversity, equity, inclusion and community partnerships.

In 2019, the Board of Visitors approved “A Great and Good University: The 2030 Plan,” which now serves as a roadmap for the next decade and is founded on an aspiration for UVA to become the best public university in the country by 2030. Ruff said he was inspired, in part, to support DEI initiatives at the University after Ryan proposed the strategic plan for the University and the BOV endorsed and adopted it.

“No one can doubt that the University has achieved ‘great,’ but an honest examination of its flaws and failures shows that there is still much that can be achieved in becoming ‘good,’” he said. “We must be willing to honestly examine our past and be humble enough admit that we should have done better and have the desire to change and grow and do better. I firmly believe that this initiative is a blueprint for the University’s third century to become its greatest century yet.”

When Less Is More: How Harnessing the Power of Subtraction Can Add to Life END_OF_DOCUMENT_TOKEN_TO_BE_REPLACED