Alumnus, NIH Director Francis Collins: ‘We’ve Got a Lot More to Do’ on COVID 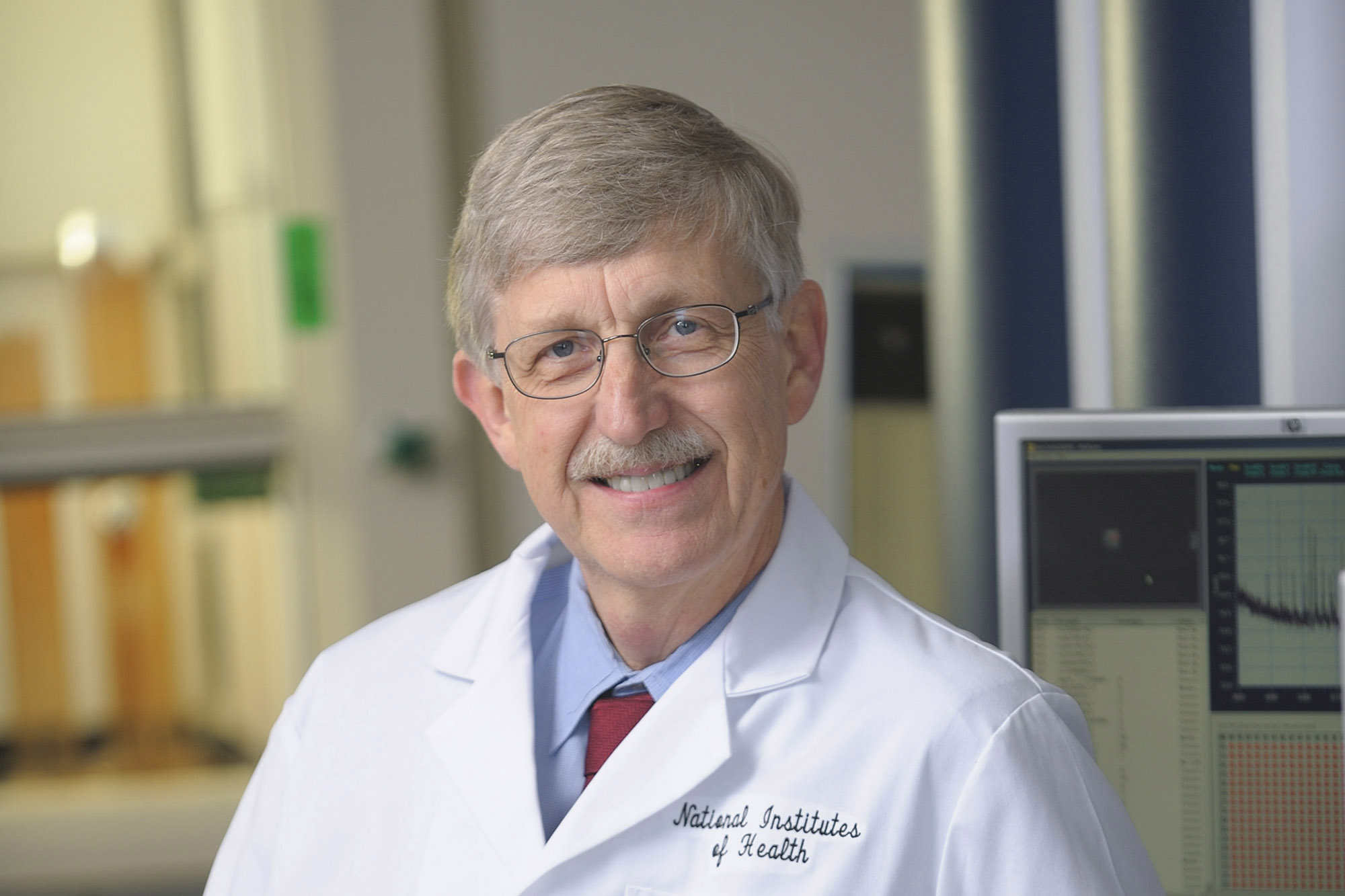 Alumnus Francis Collins, the Director of the National Institutes of Health, discussed the progress that has been made in the fight against COVID-19 and lessons that can be learned. (Photo courtesy NIH)

More than a year into the fight against COVID-19, there has been progress. But just how much progress? How much work is left to be done, and what have been some lessons learned from the ordeal?

In 2009, Collins was appointed the 16th director of the National Institutes of Health by President Barack Obama. He has continued in the post under presidents Donald Trump and Joe Biden, the only presidentially appointed NIH director to serve more than one administration.

Here are some excerpts from the discussion, part of the Jefferson Scholars Foundation’s 2021 Shadwell Speaker Series.

Riefberg: Where are we today in the United States and globally with respect to this pandemic, and what metrics do you suggest we use to sort of assess where we are?

Collins: There are various metrics that I look at every morning in trying to assess where we are, both in the U.S. and globally. And of course, the simplest one is how many new cases have just happened in the last 24 hours. You would want to see that low and you’d want to just stay low. And it has not been in that place pretty much from the beginning of this pandemic in the U.S. a little over a year ago.

Again, that’s better than the 3,000 that we hit back in January. But every one of those is a person who lost their life to this virus in a way that, maybe if we’d been more effective, we might have been able to prevent [it].

The other metrics stand is, “Well, OK, how are we doing with immunization?” And there I think the story is pretty dramatic in terms of what’s been possible since this virus first came to attention in early January of 2020. I think the NIH, we’ll take some credit because of amazing science that was possible through our vaccine research center and a whole lot of other things that we were able to get done in just 11 months – two vaccines approved by FDA for emergency use and have now been put into arms. [A third vaccine, from Johnson & Johnson, was approved a little later.] And 226 million doses actually have been injected. That means that 54% of adults – that is, people 18 and over – have received at least one dose and 37% have gotten both and are now fully immunized. And the numbers are even better for people over 65.

Those metrics – I love seeing it grow, but we do have to admit that we may be getting to a point now where the remarkable achievement of sometimes even more than 3 million doses a day is starting to bump into more of a supply-demand problem, where the demand is not holding up. And we’re beginning to encounter the still 120 million people who haven’t gotten started yet. And many of them remain skeptical about whether this is something they want to take part in. And that is, of course, a source of great concern, because if we don’t reach another metric, which is roughly 70% to 85% percent of our population immunized, then this virus is going to continue to spread through hotspots and we won’t be able to say we’re done.

So that’s something that [chief medical adviser to the president] Tony Fauci – who is somebody I have talked to probably three times today – [and I] are very much focused on. How can we try to provide the kind of information that people need to understand why this is something they would want to do for themselves, for their family, for their community? Because it is about doing this not just for yourself, but also to provide this herd immunity, this blanket of protection across the whole country.

So those are the metrics for the U.S. But then this is a global problem and [for] the rest of the world.

Riefberg: What do you see unfolding over the next six to 12 months? What happens between now and maybe the end of the year or at least the fall? And then where do you think we’ll be a year from now? What can we expect?

Collins: Well, my crystal ball is a little cloudy because it depends on a lot of things that we can’t quite predict accurately. Now, some of those are science; some of those are human behavior. Yes, I would certainly hope that with a big push for many different voices – and it’s probably better that those are community voices and not government voices – that people are beginning to really understand why it is so essential, if we’re going to get past this, to get people immunized. I think we are gaining some ground there …

There’s something called the COVID Community Core. If people are interested in seeing the hundreds of organizations that have joined up together to try to spread this word, go to Google and just type in, “We can do this,” because that’s the motto of the Community Core. And that empowers clergy members, doctors [and] community leaders with the information they need to talk to people who know them and who trust them about why this is something you’d want to do.

So I’m hopeful. If we could get vaccines also approved for 12- to 15-year-olds – we’re waiting to see what FDA decides to do about that data that’s already been presented to them – and we could start to get ready for school before it’s the last minute, that would be really good, too ….

“How can we try to provide the kind of information that people need to understand why this is something they would want to do for themselves, for their family, for their community? Because it is about doing this not just for yourself, but also to provide this herd immunity, this blanket of protection across the whole country.”

The positive view [is that] in July or August, maybe we will really get to this point where the cases drop and they stay down because we’ve reached the point where the virus doesn’t have enough people to infect to keep it going. Then we’ll have to see – this is the other cloud – is how long is this immunity? How long does it sustain itself? Does it wear off after a while? Will some other variant arrive? Will we all need boosters? That’s a big part of the question right now.

Riefberg: If you had to sort of take a step back now and say, “What are the one or two most important lessons about how to handle these sorts of things that you would think about for future leaders?,” what would you tell them?

Collins: We’re in that lessons-learned mode right now. I wish that when [COVID] burst on the scene back in January 2020, that we had already had in place a clinical trial network that was ready to try these therapeutic ideas; we had to assemble that. We had to pull all of these clinical trial networks together that had never really done something coordinated like this. We never really had this prioritization scheme.

I pulled together 20 companies, worked with the government, [and] we got it done, but it would have been great if it was just there ready to hit the start button. I guess that’s a lesson, that this is not our last pandemic and we, at some level, were horrified by this one, but at other levels, people have been predicting for some time we were overdue for something and we didn’t really have as full of preparation for that as we might have.

So, darn it, this time, let’s not go from panic to complacency. Let’s actually go from panic to thoughtful pandemic preparedness – thinking about what is the likely next virus or next pathogen. … And let’s actually have some steps taken in advance, like this effort to develop drugs for the most likely candidates; like having the vaccines.

Now that we know how to do this with messenger RNA, already to the point of maybe even phase one trials to see if they actually are capable of raising antibodies – that would not be a bad preparation step. And there’s a lot of talk about doing that from both the Congress and from the NIH …

I think we should also learn from some of the ways in which we figured out how to work together. This collaboration of 20 pharmaceutical companies, the FDA, CDC, NIH – which I have cochaired with the chief scientist of Johnson & Johnson now for the last 12 months plus four days – has been a phenomenal opportunity to get all the people who have skills and vision and resources around the same table and say, “Let’s just not worry too much about who’s going to get the credit. Let’s do this.”