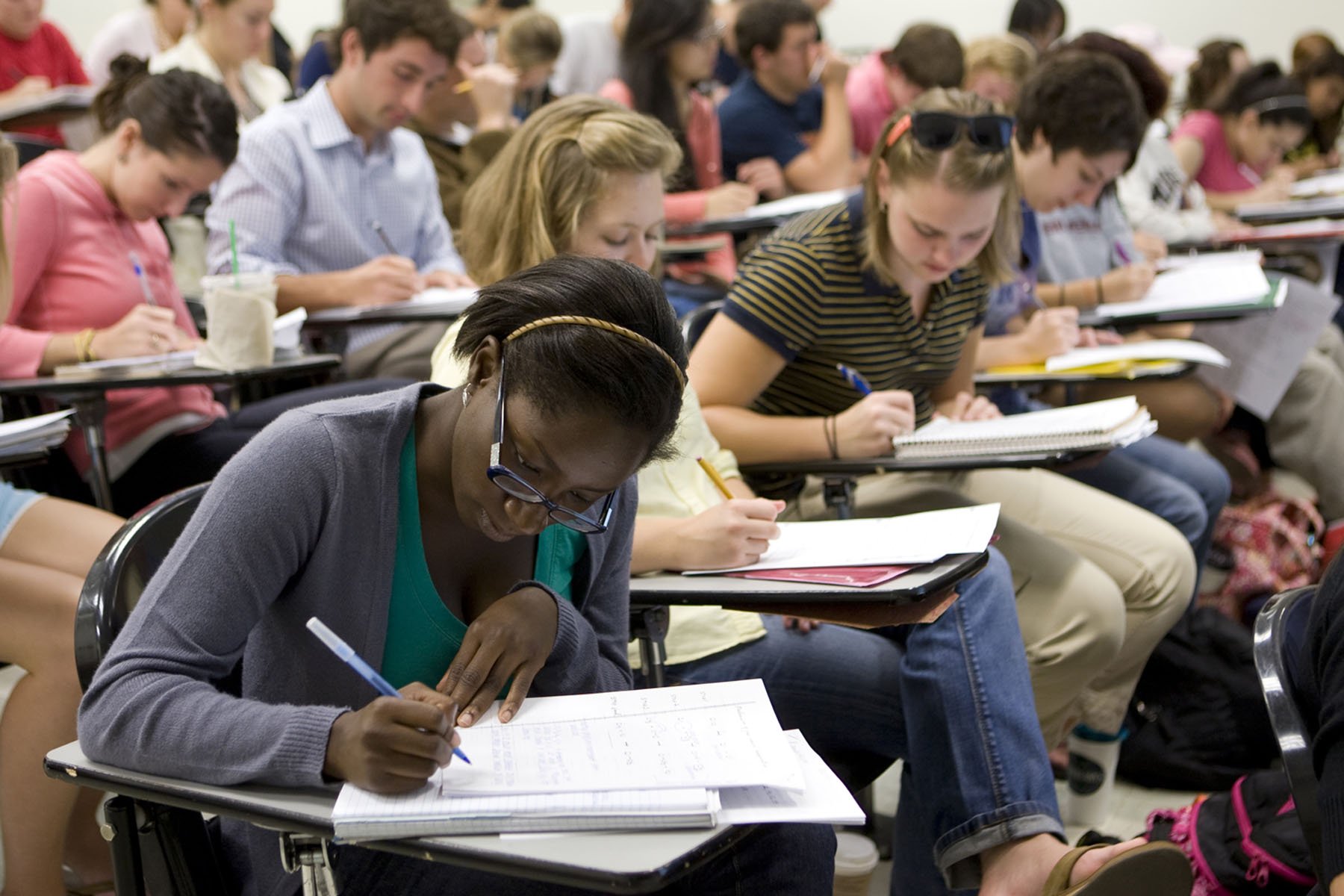 In broad terms, the undergraduate class that will enter the University of Virginia in August strongly resembles those of other recent years.

Completed applications for the Class of 2017 increased compared with the previous year, a pattern in place for a decade. Test scores and high school ranks for those offered admission occupy the highest percentiles among their classmates – also a common characteristic for incoming classes.

Indeed, the fabric of a U.Va. class features a consistent texture.

“Across all the schools, from the College to Nursing to Engineering, we’ve admitted poets and performers, scientific researchers and military veterans, social activists and technological innovators,” Dean of Admission Greg W. Roberts said. “These bright, promising scholars, from a broad range of ethnic and socioeconomic backgrounds, are eager not only to contribute to the U.Va. community, but also to change the world.”

A closer look, however, at the class composition as it stands today – accepted offers of admission will shift a time or two before the new semester begins – shows that U.Va.’s incoming class is anything but stale or predictable.

The Office of Undergraduate Admission continues to see a return on targeted and sustained efforts to build diverse incoming classes to complement an already-diverse student body.

Today’s snapshot of the incoming class also shows that 9.7 percent of first-years in 2013-14 will represent first-generation college students, an increase from 9.4 percent a year ago. Students from low-income families are projected to make up 6.9 percent of the class, unchanged from the current year.

“The University promotes an inclusive, welcoming environment that embraces the full spectrum of human attributes and perspectives,” said Dr. Marcus L. Martin, vice president and chief officer for diversity and equity. “I applaud the outreach efforts of our Office of Undergraduate Admission, Student Affairs, Dean of Students and the Office of African-American Affairs to enhance the success of minority students.”

Assigning accurate numbers to categories of race and ethnicity has grown more complex since new federal reporting standards for students began in 2009. Prior to that year, incoming students could select only a single race when reporting ethnicity for University records.

Starting in ’09, students were able to report more than one ethnicity. A student who selects more than one race is not included in the tally for any individual race, but instead is counted in a category called “multi-race.” (The sole exception is the Hispanic ethnicity category. Those who select Hispanic and another race are counted in the Hispanic column.) Students may also opt not to specify a race. The new process provides more flexibility for the growing number of students reflecting more than one ethnicity, but also makes record-keeping more complicated and the results more difficult to interpret.

The new approach has created some confusion regarding enrollment of African-American students, for example. Comparing African-American enrollment before 2009 with years thereafter shows what appears to be a dramatic decline in numbers. U.Va. enrolled 1,199 African-Americans in 2008 and 946 in 2012, according to records. However, that comparison does not account for the effect of the multi-race category.

“Misunderstanding about how race and ethnicities are reported has led to some conclusions that don’t compare apples to apples,” Martin said. “At the same time, it’s reassuring to know that so many are committed to growing minority enrollment and that any level of decline in African-American enrollment is an opportunity for improvement.”

“We welcome and encourage this dialogue, and I feel strongly that U.Va. is committed to diversity and supportive measures to enhance student success and the numbers of African-American and other minority students will continue to rise here along with the changing demographics of our society,” Martin said.

In Memoriam: Life of Drama Professor To Be Honored Sunday END_OF_DOCUMENT_TOKEN_TO_BE_REPLACED