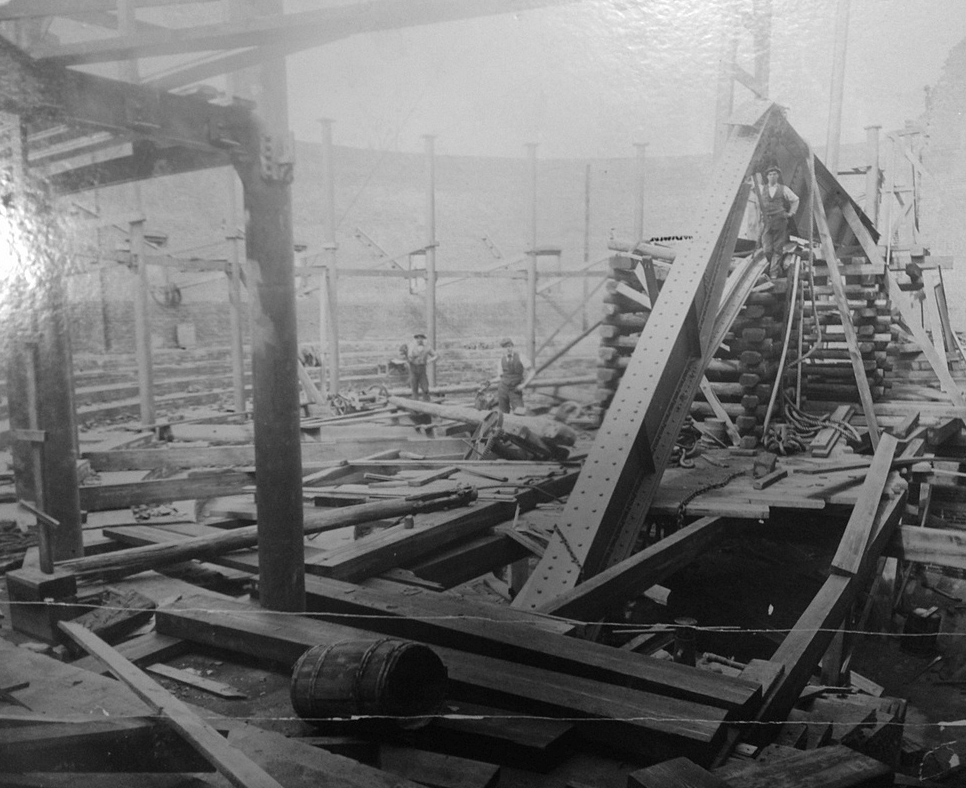 Ben Hays is a perpetual student, with a steady job.

Hays, a full-time structural engineer with the University of Virginia’s Office of the Building Official, has master’s degrees in engineering and theology and is now pursuing a master’s of architectural history in U.Va.’s School of Architecture.

Hays, 33, a native of Herkimer, N.Y., is the son of a teacher and a veterinarian. He has always had an interest in building.

“I grew up on Legos and tree forts,” he said.

When he applied to colleges, he planned to be either an architect or an engineer. He settled on the latter, getting undergraduate and master’s degrees from Virginia Tech. He moved to Los Angeles to ply his trade, but soon found a deficit in his education.

“I was working on a lot of old, historical buildings, but I found I hadn't received much in my engineering education about old building design techniques,” he said.

After a while working in L.A. – during which time he added his theology degree – Hays decided to remedy that deficit.

“My wife was from Charlottesville and I knew that U.Va. had a great program in architectural history,” he said.

Hays found work in town as an engineer, and a year-and-a-half ago took his current job, which saved him having to bicycle across town for classes.

He is also doing his research close to home, examining vaults designed by Catalonian Rafael Guastavino and made of interlocking tiles. A popular style from the 1890s to the 1930s, there are two Guastavino structures at the University – the dome over the Rotunda and the vaults over the music library of Old Cabell Hall.

“Jefferson’s original dome for the Rotunda was made of trusses of laminated wood,” said Richard Guy Wilson, Commonwealth Professor of Architectural History, chair of the Department of Architectural History and Hays’ adviser. “Making masonry domes in those days was complicated and expensive, so laminated wood was used for most of the domes in the country. But when you have a fire, you have a problem.”

Fire claimed the original Rotunda and its wooden dome in 1895, and architects McKim, Mead and White, in designing a new Rotunda, brought in Guastavino, who constructed a tile dome for the Rotunda and for the music library of the Old Cabell Hall, which Stanford White also designed.

“They were supposed to use a Guastavino dome for the performance hall in Old Cabell, but they built an iron truss dome instead,” Wilson said.

During construction of the performance hall dome in Old Cabell – located directly above the music library’s dome – one of the iron trusses fell through the floor into the library space.

“It just poked a hole in the Guastavino vault,” Wilson said. “The rest of the vault survived.”

The Guastavino dome in the Rotunda was covered with acoustic tiles in a 1970s renovation, Wilson said, adding that the current Rotunda renovation will cover the dome with plaster.

Hays will present his research on Old Cabell’s Guastavino dome and the construction accident on Thursday at Campbell Hall, room 153 at 4:30 p.m. His talk is free and open to the public. He gave a similar talk at the Massachusetts Institute of Technology in November.

In a recent book on the Guastavinos, “a professor from the Massachusetts Institute of Technology cited the Guastavino vault as failing,” Hays said. “That caused me to go through the archives and eventually determined that the vault was not at fault.” The presentation is an investigative account of what happened.

Wilson said that Hays has unearthed new information about the construction of Old Cabell and has helped fill some gaps in the history of the University.

“He’s a very good student and an excellent researcher,” Wilson said. “He digs for stuff and that’s what is needed.”

Hays thinks his three fields of study may be linked by a single arc.

“The built environment affects the whole person – emotionally, physically and spiritually,” he said. “But I’m still trying to figure it all out.”

Once he is done with this degree, Hays thinks he may take a break in his education. He said there is a long list of books he wants to read and this may be the time to start.