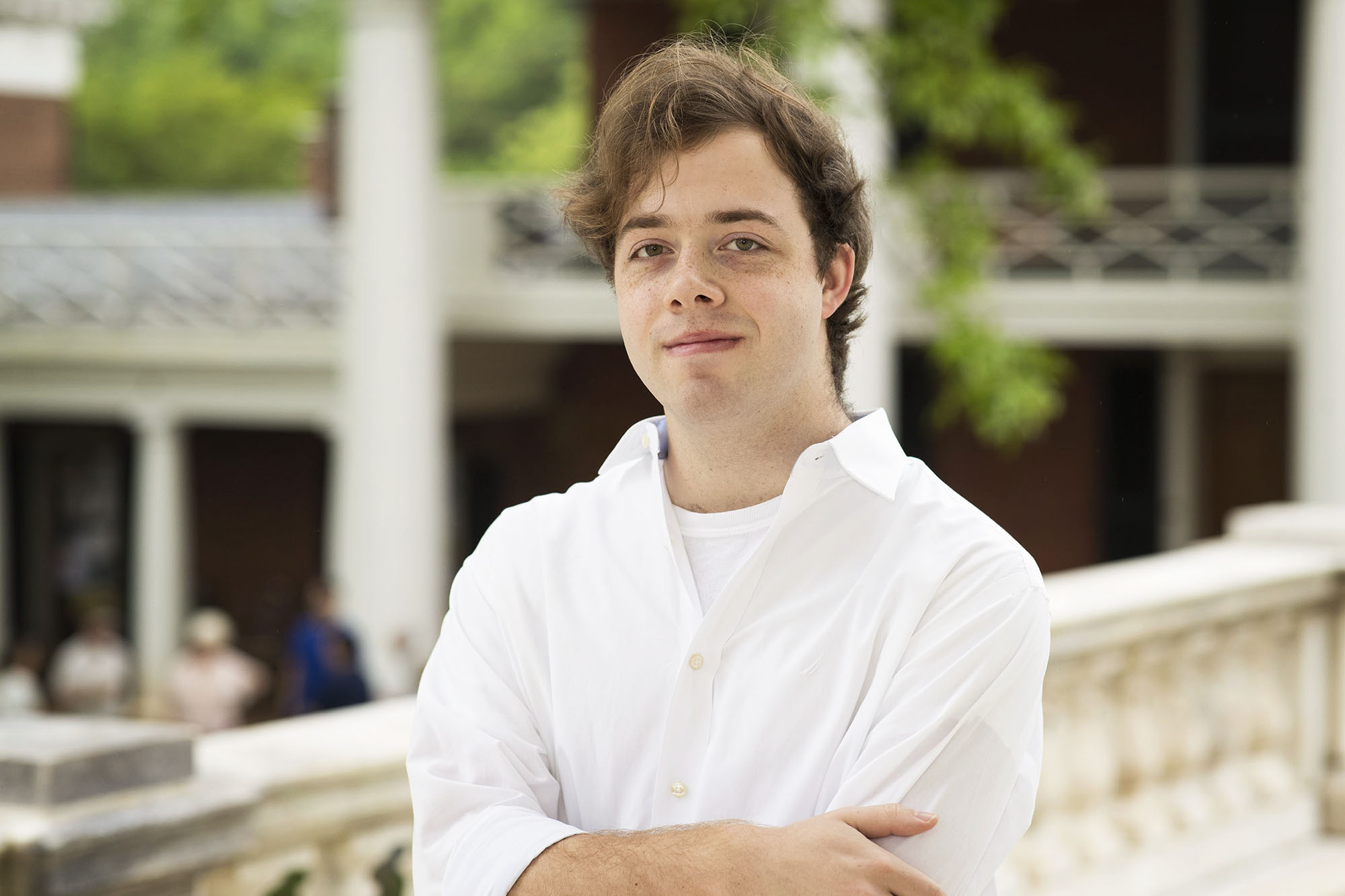 The Astronaut Scholarship Foundation awards scholarships for third- and fourth-year students at 38 different universities across the country who are studying science, technology, engineering or mathematics with the intent to pursue research or advance their field upon completion of their final degree. This year, it awarded 52 scholarships to students who show initiative, creativity and excellence in their chosen field.

Westendorff, of Pfafftown, North Carolina, is a rising fourth-year chemical engineering major who focuses his research on inorganic chemistry and its applications.

“I absolutely love to see how seemingly minute chemical phenomena can make large impacts on applications, and so I really enjoy the roles of scientist and engineer together,” Westendorff said. “I also really enjoy combining both experimental and computational data, because it provides a broad understanding of the systems investigated. I’ve spent my research experience in the past few years … in both areas because I see it as a holistic way of viewing chemistry and its applications.

“I absolutely love to see how seemingly minute chemical phenomena can make large impacts on applications, and so I really enjoy the roles of scientist and engineer together.”

“While the scholarship commemorates astronauts, it is not simply for future astronauts,” explains Andrus G. Ashoo, director of the Office of Citizen Scholar Development. “Karl is, of course, an impressive researcher, but I really enjoy our tangential conversations on topics such as dissecting the Marvel movies, discovering a pinball machine museum, or even learning about his early interest in space. His wide-ranging and deep curiosity is part of convinces everyone of his future as a scholar.”

Westendorff is fascinated by chemical engineering on a molecular scale.

“I really enjoy thermodynamics and kinetics because I love thinking of chemicals as moving 3-D structures instead of drawings on a page, and am really interested in the fundamental molecular processes that give way to many observations,” he said. “Chemical engineering uses both physical experimentation and computational modeling to create solutions, and I like being able to use both simultaneously to tackle a problem.”

Westendorff concentrates on combining its many different aspects – macroscopic and molecular, experimental and computational – as effectively as possible to solve problems.

“There’s so much insight to be gained from combining multiple perspectives,” he said. “There’s no other way I’d like to pursue chemical problems more.”

Westendorff has worked with W. Dean Harman, professor and chair of the Department of Chemistry, for two years.

“I don’t quite know how he manages it all, but he continues to work on his engineering degree, take advanced physical chemistry courses for fun, and to conduct meaningful research in two different research groups,” Harman said. “He and his graduate student mentor just had a manuscript describing some of their work published in the prestigious journal Nature.”

Westendorff is listed as a co-author on several other papers from Harman’s lab, where he has completed key calculations to support its synthetic work.

“Of the 50 or so UVA undergraduate students who have worked in my research group, few were so advanced in their thinking and knowledge at this stage,” Harman said. “His strong work ethic and performance that he has shown in my research group and his extraordinary scientific curiosity and sharp mind that drive his insightful questions and ideas will carry him far. I could not be more excited to see how high his talents take him.”

“His strong work ethic and performance that he has shown in my research group and his extraordinary scientific curiosity and sharp mind that drive his insightful questions and ideas will carry him far.”

Gaurav Giri, an assistant professor of chemical engineering who has mentored Westendorff in some of his research, also is impressed with his work.

“He is a great student, always thinking deeply about his research and how it connects to the world around him,” Giri said. “It is a great pleasure to have him in our group.”

Westendorff said he first met Giri at a chemical engineering orientation session, before he decided to attend UVA. He said they started discussing metal organic frameworks, porous structures made of metal ions bound together by organic molecules, and conducting research.

“In retrospect, this was the tipping point for my decision to come to UVA,” Westendorff said. “Since then, I’ve worked on two major [metal organic framework] projects with Dr. Giri.”

Westendorff is a Rodman Scholar, a Goldwater Scholar and has received a Harrison Undergraduate Research Grant, a Canty Research Grant and an Excellence in Research Award. He is also a member of the Raven Society.

A graduate of the North Carolina School of Science and Mathematics, Westendorff plans to pursue a Ph.D. in chemistry or chemical engineering.

“What exactly I’ll be working on in the long-term is still not entirely clear to me,” he said. “The Astronaut Scholarship is a résumé contributor, of course, but its most significant impacts by far are the networking and mentorship opportunities it provides. Learning and talking with other astronaut scholars from years prior will likely be a great avenue for growth, one which would be difficult to experience elsewhere.”

What Is the ‘4th Side’? END_OF_DOCUMENT_TOKEN_TO_BE_REPLACED