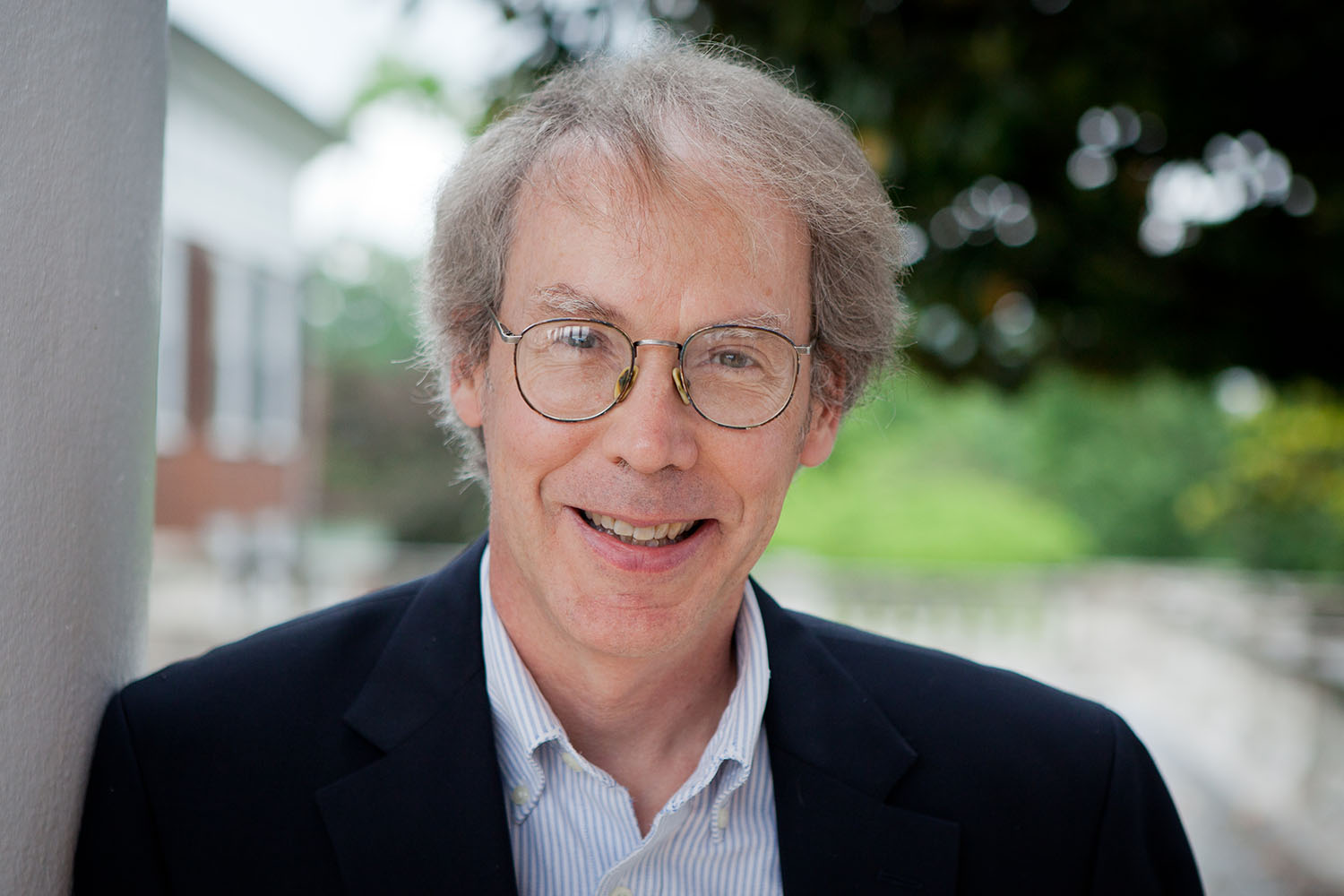 University of Virginia astronomer John Hawley and former U.Va. astronomer Steven Balbus, now at the University of Oxford, have been named co-winners of the 2013 Shaw Prize in Astronomy. The prize is considered Asia’s equivalent to the Nobel Prize and is awarded in some categories – like astronomy – that the Nobel does not specifically include.

Hawley and Balbus will share the $1 million award and address the Shaw Prize selection committee during a ceremony Sept. 23 in Hong Kong. The Shaw Prize Foundation gives the international award, which includes a gold medal, each year to currently active individuals who are “furthering societal progress, enhancing quality of life, and enriching humanity’s spiritual civilization.” Its categories are Astronomy, Life Science and Medicine and Mathematical Sciences.

Hawley learned of his $1 million award on Tuesday morning when he was at home checking email.

“I showed the message to my wife and she said, ‘It must be a scam,’” he said. “I started looking for the Nigerian return address and a request for my bank account number.”

But the email carried a message of congratulations from Max Plank Institutes astronomer Reinhard Genzel, the 2008 Shaw Prize laureate. And later Hawley got official notification of the award – again via email – from a Shaw Prize committee member.

Hawley later got in touch with his old colleague Balbus, who asked if he was going to rent or buy a tuxedo for the award ceremony.

“It’s an old joke,” Hawley said. “Twenty years ago when we made our accretion discovery, we joked whether we would rent or buy our tuxedos if ever we should be recognized with a prize.”

Hawley said he does, in fact, own a tuxedo, “but not a very good one.” He said he might go ahead now and buy a better one, rather than wear “the usual astronomer attire – blue jeans and sneakers.”

Hawley and Balbus are being recognized for their groundbreaking discovery in the early 1990s of the mechanism – magnetorotational instability – that accounts for the process of accretion, a widespread phenomenon in astrophysics. It plays a key role in star formation, mass transfer between binary stars, and black hole X-ray binaries, and contributes to the growth of supermassive black holes in the centers of galaxies. Astrophysical systems powered by accretion are some of the most energetic phenomena in the universe, including quasars, active galactic nuclei and gamma ray bursts.

Matter that falls toward a compact star or black hole has too much angular momentum (“spin”) to fall directly in, and instead settles into a disk orbiting the central body.   Subsequent infall, or accretion, requires a mechanism, such as turbulence, to transfer angular momentum outward through the disk. Prior to the discovery, astronomers were certain that gases orbiting black holes were turbulent, but could not say why, as all hydrodynamic analysis showed the orbits to be stable. Balbus and Hawley’s discovery was that magnetic fields make the crucial difference; magnetorotational instability makes the orbits unstable.

Their subsequent work on modeling its consequences in disks solved a fundamental problem in astrophysics and transformed the field of accretion disk theory.

To make their discovery, Hawley and Balbus, then working together at U.Va., combined mathematical analysis with detailed computer simulations of the behavior of turbulent magnetized gases. Their discovery paper was published in 1991. Subsequent research by both researchers and many other astronomers worldwide has substantiated and expanded upon the initial discoveries, and the magnetorotational instability is now part of the standard theory of activity in black hole systems.

(To view a computer simulation of a black hole accretion disk, click here.)

“The Shaw Prize Foundation has been extremely selective over the years in awarding its astronomy prize to the most significant discoveries in the field,” said Michael Skrutskie, chair of the astronomy department. “This highly regarded award is yet another validation of the strength of theoretical astrophysics at U.Va. – really the foundation upon which this department was built in the modern era. We couldn't be happier to see John and Steve’s work recognized with an award of such significance on the world stage.”

Hawley remembers that as a graduate student at the University of Illinois, he sometimes watched on TV late-night Hong Kong kung fu movies that had been produced by the now-105-year-old Shaw.

“I couldn’t have imagined that someday his future foundation would give me an award,” he said.

Hawley and his wife celebrated Tuesday with a dinner out, and a bottle of Korbel champagne that had been saved for some special occasion.

Hawley came to U.Va. as an assistant professor in 1987 from the California Institute of Technology. He became a full professor in 1999 and served from 2006-12 as chair of the Department of Astronomy. The recipient of numerous awards, including the Helen B. Warner Prize from the American Astronomical Society, he currently is the associate dean for science in the College of Arts & Sciences.

Netflix to Add Ads. Why This Could Be a ‘Game-Changer’ for Your Viewing Experience END_OF_DOCUMENT_TOKEN_TO_BE_REPLACED

What’s Next for UVA’s Class of 2022? END_OF_DOCUMENT_TOKEN_TO_BE_REPLACED