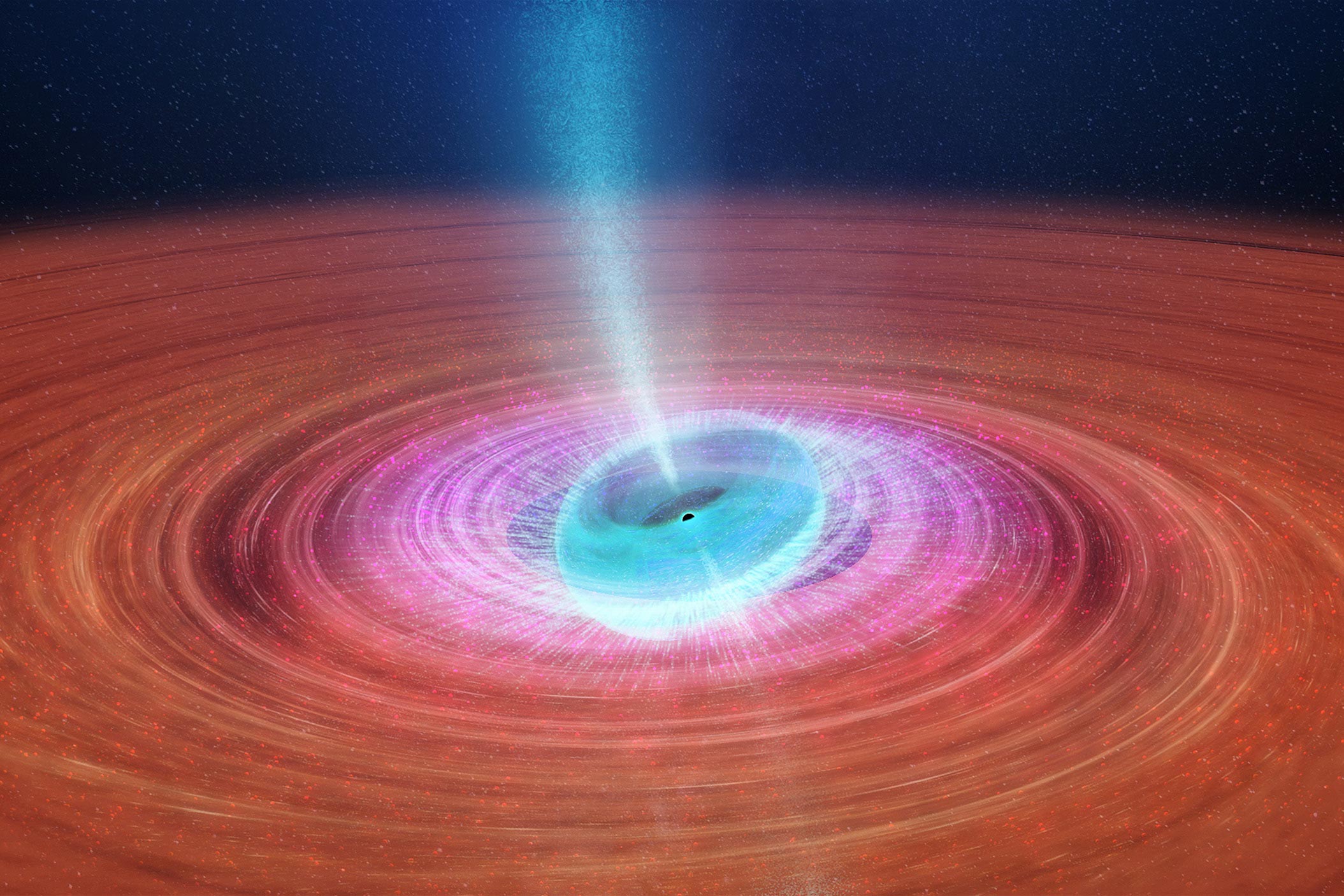 Almost 8,000 light-years from Earth, swinging jets shoot out at nearly the speed of light from around a black hole, rapidly changing direction as they spray clouds of plasma into space. The discovery of these jets comes from an international team of astronomers from the University of Virginia and elsewhere as part of an ambitious project originally conceived in Charlottesville.

Their findings were published Monday in the journal Nature, showing jets from the black hole in the V404 Cygni binary star system behaving in a way never seen before on such short timescales.

This is the second time in a month that UVA astronomers have made the news for black hole research and discovery. Earlier in April, an international scientific team published the first images of a supermassive black hole, thanks to submillimeter detectors developed over years by engineers and astronomers at UVA and the National Radio Astronomy Observatory in Charlottesville.

Monday’s Nature report comes from a project launched in Charlottesville by James Miller-Jones, originally a scientist at the National Radio Astronomy Observatory and now a professor at Curtin University in Perth, Australia; co-author and UVA astronomy chair Craig Sarazin; and Greg Sivakoff, who completed his graduate and post-doctoral studies at UVA before becoming a professor at the University of Alberta in Edmonton, Canada.

According to their findings, the plasma jets shooting out from the regions around V404 Cygni change direction in timespans of minutes to hours. Sarazin said the reorientation of the jets is due to something called the Lense-Thirring Precession, an effect predicted by Einstein’s Theory of General Relativity. This effect is expected to occur near a rotating black hole and is caused by the rotating black hole dragging space and time around with it as it rotates. This is believed to be the first direct observation of the Lense-Thirring Precession occurring around a black hole, Sarazin said. 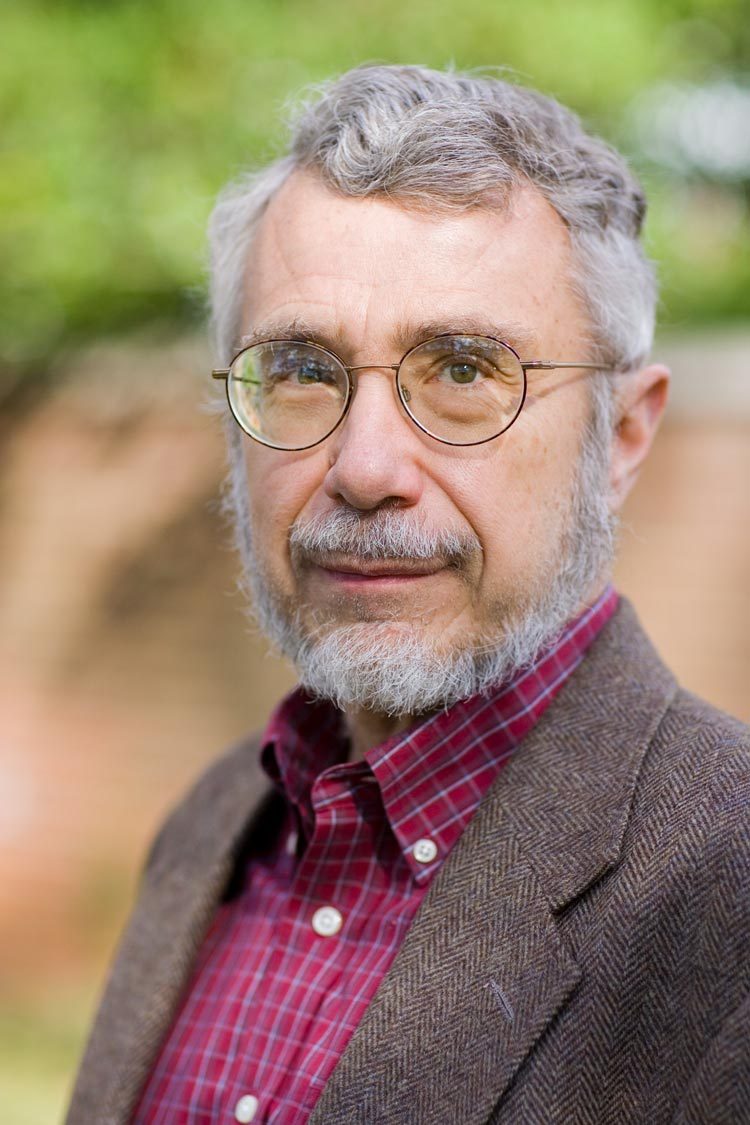 “It’s wonderful that we have finally found direct evidence for the basic effect predicted by Einstein and others over a century ago,” Sarazin said. “Taken with the first image of a black hole with the Event Horizon Telescope, April has been a great month for both Mr. Einstein and black holes.”

Miller-Jones, lead author of the study and an associate professor with the Curtin University node of the International Centre for Radio Astronomy Research, called V404 Cygni “one of the most extraordinary black hole systems I’ve ever come across.”

“Like many black holes, it’s feeding on a nearby star, pulling gas away from the star and forming a disk of material that encircles the black hole and spirals toward it under gravity.

“What’s different in V404 Cygni is that we think the disk of material and the black hole are misaligned. This appears to be causing the inner part of the disk to wobble like a spinning top and fire jets out in different directions as it changes orientation,” said Miller-Jones, who narrates this animation of the phenomenon.

The research used observations from the Very Long Baseline Array, a network of 10 radio telescopes located across the United States, from the Virgin Islands in the Caribbean to Hawaii. The array is operated by the National Radio Astronomy Observatory, whose headquarters are on the Grounds of UVA.

V404 Cygni was first identified as a black hole in 1989 when it released a big outburst of jets and material. Astronomers looking at archival photographic plates then found previous outbursts in observations from 1938 and 1956.

Miller-Jones said that when V404 Cygni experienced another very bright outburst in 2015, lasting for two weeks, telescopes around the world tuned in to study what was going on.

“Everybody jumped on the outburst with whatever telescopes they could throw at it,” he said. “So we have this amazing observational coverage.”

When Miller-Jones, Sarazin and their team studied the black hole, they saw its jets behaving in a way never seen before.

Where jets are usually thought to shoot straight out from the poles of black holes, these jets were shooting out in different directions at different times. And they were changing direction very quickly­ – over no more than a couple of hours. The study attributes this change in the movement of the jets to the accretion disk, the rotating disk of matter around a black hole. According to the study, V404 Cygni’s accretion disk is 10 million kilometres wide, and the inner few thousand kilometres was puffed up and wobbling during the bright outburst.

Co-author Alex Tetarenko, an East Asian Observatory Fellow working in Hawaii, said the speed the jets were changing direction meant the scientists had to use a very different approach to most radio observations.

“Typically, radio telescopes produce a single image from several hours of observation,” she said. “But these jets were changing so fast that in a four-hour image we just saw a blur.

“It was like trying to take a picture of a waterfall with a one-second shutter speed.”

Instead, the researchers produced 103 individual images, each about 70 seconds long, and joined them together into a movie.

“It was only by doing this that we were able to see these changes over a very short time period,” Tetarenko said.

The extreme brightness of the V404 Cygni black hole made their discovery possible, Sarazin said, along with their ability to produce incredibly sharp radio images with very short, repeated observations every minute or so.

“These radio jets illustrate the paradoxical nature of black holes,” Sarazin said. “Although nothing, not even light, can escape the inside of a black hole, gas which is about to fall into the black hole emits vast amounts of light. Thus, black holes are both the blackest objects in the universe, and the brightest light bulbs.

“Similarly, although nothing escapes a black hole, some of the gas about to fall into a black hole can be ejected at 99.999% of the speed of light in jets. Black holes are simultaneously the universe’s best garbage disposals and most powerful cannons.”

UVA Weekly Episode 6: A New Look at Testing, Behind the Scenes at IM-Rec END_OF_DOCUMENT_TOKEN_TO_BE_REPLACED

Inside One of the UVA Labs Studying COVID-19 END_OF_DOCUMENT_TOKEN_TO_BE_REPLACED