On a stunningly clear October morning, a 400-foot-tall NASA high-altitude balloon rose from an airport runway in Fort Sumner, New Mexico and began its ascent into the stratosphere.

The last flight in NASA’s fall balloon campaign, its payloads included the JefferSat Cosmic Ray Mission, an experiment to measure radiation caused by cosmic rays entering the atmosphere. The payload was designed, built and tested by University of Virginia engineering students in a spacecraft design class taught by Christopher Goyne, an associate professor of mechanical and aerospace engineering.

“One of the advantages of this project is that it gives students the opportunity to design and fly an experiment for a real NASA mission,” Goyne said. “That creates an impact far beyond what can be achieved with a classroom assignment.”

The project, officially started in 2013, was several years in the making. The first group of students applied for funding totaling $75,000 from both NASA and UVA’s School of Engineering and Applied Science. Later students designed the payload, which protects the measurement instrument – a radiation spectrometer – so that it can function in the low-temperature, low-pressure environment of near space. Another group tested the components in an environmental chamber at NASA’s Wallops Flight Facility on Virginia’s Eastern Shore. Over the years, the team has included majors in aerospace engineering, mechanical engineering and astronomy.

The mechanical and aerospace engineering students involved in the flight operations – Emily Snavely, Patrick Van Dam and Chandrakanth Venigalla – have been analyzing the spectrometer data collected during the eight hours the balloon was at 103,000 feet, above 99 percent of the Earth’s atmosphere. Their goal is to determine if the data they collected validates a model developed by NASA Langley, the Nowcast of Atmospheric Ionizing Radiation for Aviation Safety. This model correlates radiation produced by cosmic rays entering the atmosphere to radiation exposure for passengers and crews flying at conventional altitudes. 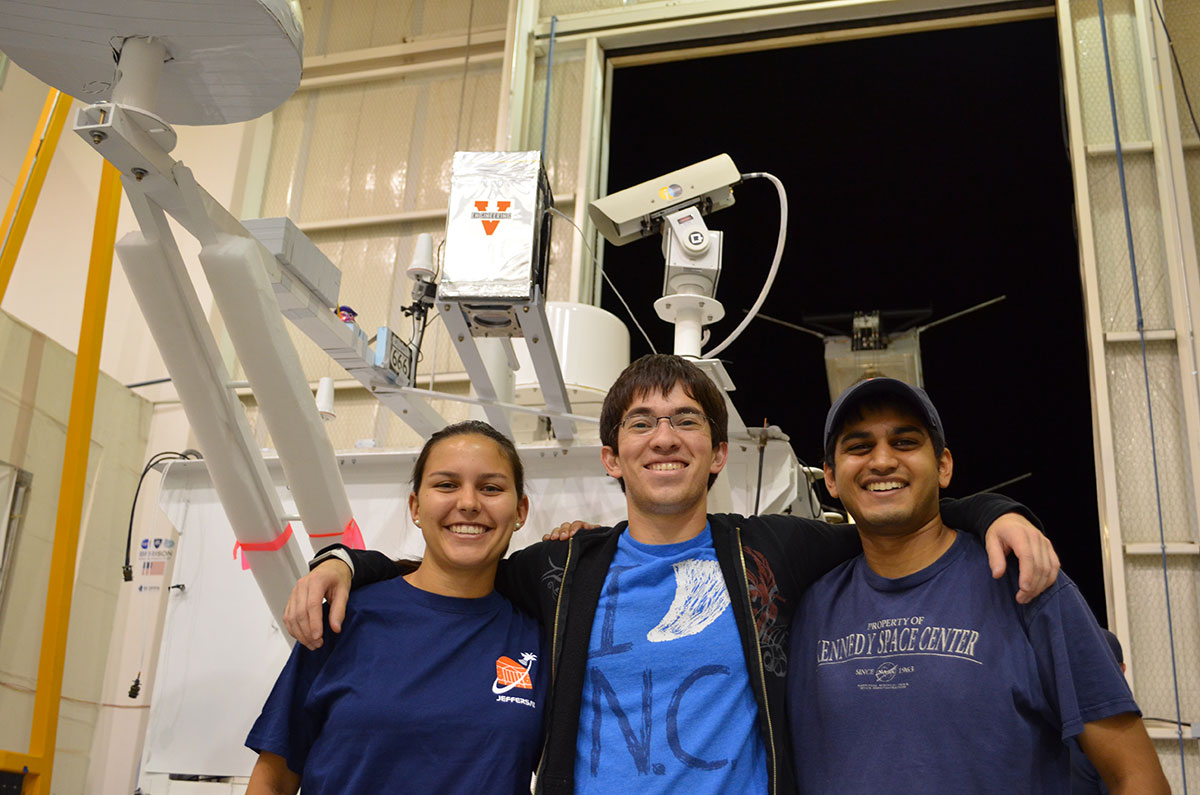 This is a serious issue. A frequent flyer who has chalked up 100,000 miles has endured the equivalent of 20 chest X-rays. The predictions generated by the model will enable airlines to take protective measures.

The students’ work is an extension of a more complicated NASA Langley cosmic ray measurement project called RaD-X, which flew on a balloon earlier in the season. The leader of that project, Christopher Mertens, a senior research scientist at NASA Langley, visited the spacecraft design class, provided guidance for students selecting an instrument for JefferSat (they chose one of the instruments flown on RaD-X), and taught them how to use it. As students developed their payload design, NASA engineers on the RaD-X team provided input and feedback.

“From an educational point of view, one of the benefits of this project has been that undergraduates had the opportunity to work closely with NASA researchers,” Goyne said. “It gave them a chance to see how practicing engineers and scientists approached similar design problems and to work on a project with important real-world consequences.”

“Being able to work as a team with NASA on a real hands-on engineering project was a great opportunity,” Van Dam said. He hopes to use the experience and his new NASA connections to find work in the aerospace industry after graduation.

One of the innovative features of the students’ payload design was replacing the payload’s flight computer, sensors and data storage with a smartphone.

“The phone’s components are in many ways equivalent to those used in commercial spacecraft,” Goyne said. “Although they had been used for orbital satellite missions, using them for scientific balloon flight is unusual.” 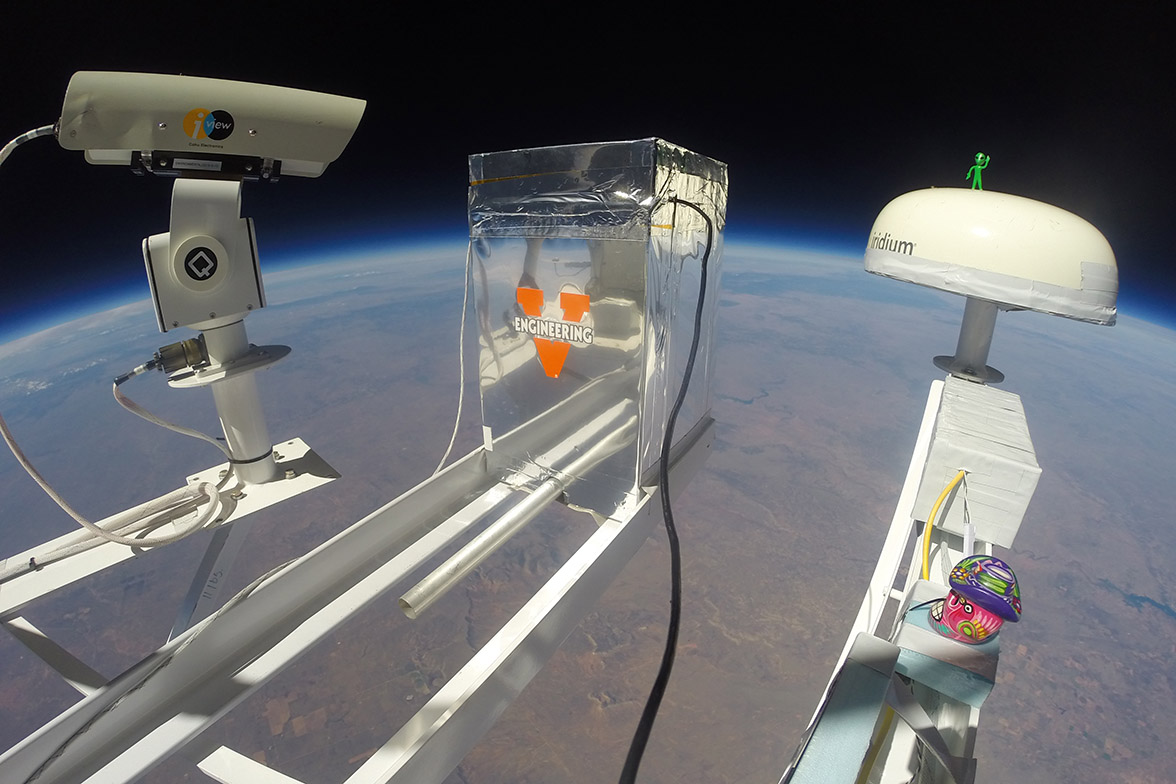 One of the advantages of the smartphone (in this case an Android phone) was that students could write software for the phone in the form of an app, test it out on their own phones and upload it to the flight phone as flight software.

“It was an interesting way for students to apply everyday technology to a scientific mission,” Goyne said. “The data we have recovered and analyzed looks excellent. We are continuing to post-process the data to prepare it for comparison with the NASA models.”

What Is the ‘4th Side’? END_OF_DOCUMENT_TOKEN_TO_BE_REPLACED