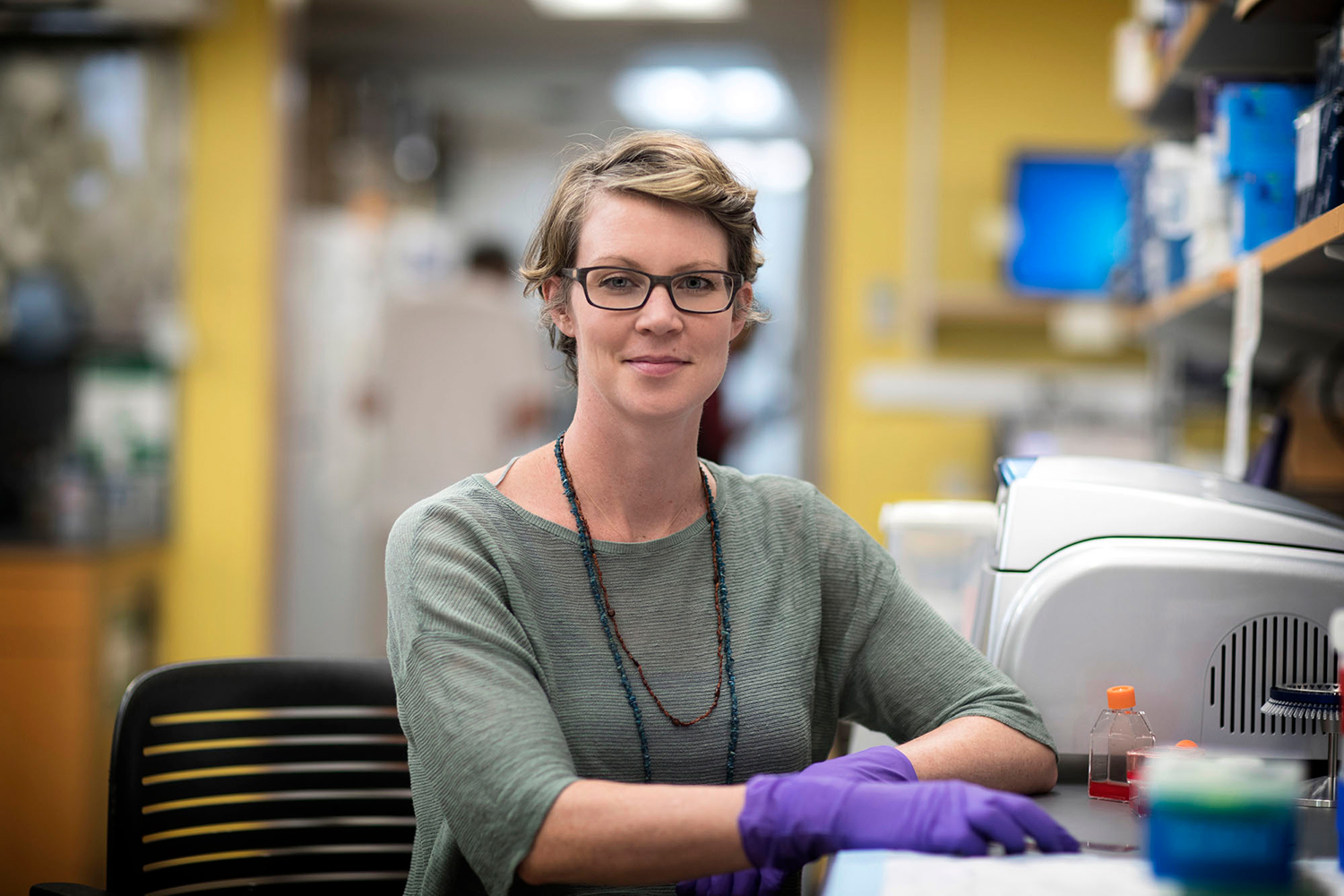 About half a million people die each year from malaria, mostly children under the age of 5 who have not developed the ability to fight off the parasite that causes the disease. The danger zone is largely along Earth’s equatorial band, affecting about 3.2 billion people in large regions of Africa, South America and Asia.

“Many people in the developed world believe that the malaria problem has been largely solved, but in fact millions of people are infected and get sick each year,” said Jennifer Güler, a University of Virginia biologist who studies the malaria parasite’s ability to develop drug resistance. “It’s an ongoing problem.”

Malaria is caused by a microscopic parasite – of the genus Plasmodium – that is carried and transmitted by mosquitoes that have bitten infected people. Symptoms generally appear about seven days after infection, and include chills, fever, sweats, headache, fatigue, nausea and vomiting. The fevers are cyclical and severe, as the parasites develop and periodically break out of red blood cells. Repeated infection of survivors over time can result in maturation of the immune system, which protects these individuals from severe disease. Death is most common among children upon the earliest infections.

“There is no vaccine to prevent the disease, though a few remaining antimalarial drugs can be used to prevent and treat the disease,” Güler said. “But the parasite is very good at developing resistance to these drugs, continually evolving new ways around each of the dozen or so that have been developed over the decades to treat malaria. My lab is dedicated to understanding this resistance and looking for ways to overcome it.”

Working with researchers in UVA’s School of Medicine and the School of Engineering and Applied Science, Güler is investigating the molecular mechanisms that underlie the parasite’s ability to evolve genetic and metabolic changes that allow it to survive drug exposure. The researchers are using a range of innovative molecular, biochemical and cellular techniques, and computational modeling, to make visible, and understandable, the minute changes that occur within the parasite. This eventually could lead to a drug “cocktail” that would circumvent resistance.

“In addition to our lab research at the University, we are collaborating with researchers in malaria-endemic countries to track resistant parasites as they develop in the human population and travel across the world,” Güler said. “This builds research capacity, and can better inform treatment procedures in those countries.”

Güler sends graduate students as well as undergraduates each year to collaborate with Epicentre, Mbarara University of Science and Technology in Uganda, a country with some of the world’s highest malaria transmission rates. She is also beginning to work with infectious disease researchers in South Africa. UVA’s Center for Global Health often provides funding for student travel and some of the research.

Güler first encountered the study of parasitology as a graduate student at Johns Hopkins Medical Institute during research on the pathogen that causes African sleeping sickness. This experience deepened her interest in understanding parasites on a molecular level. Güler briefly studied malaria mosquitos in Africa and then continued work on malaria as a postdoctoral fellow at the University of Washington. There, she continued her molecular studies and helped set up labs in India to collect and study drug-resistant parasites in that country.

“I had my eyes opened by these travel experiences, to the very real challenges people face when dealing with infectious diseases,” she said. “It broadened my view of what goes on in the world, and I want that to be a component of the experience for students in my lab. One of my goals, in addition to the research experience and training, is to help open my students’ eyes to the impact of these diseases on the lives of people.”

She also notes that the collaborations she has developed with other researchers at UVA since coming here in 2013 – particularly with biomedical engineer Jason Papin, infectious disease specialists Eric Houpt and Chris Moore, and Yuh-Hwa Wang in the School of Medicine’s Department of Biochemistry and Molecular Genetics – have been highly beneficial to the progress of the research.

“Because each of us are tackling problems from different angles, it really pushes us to develop new ideas and methods for a much better understanding of how parasites are so good at developing resistance to drugs,” she said.

UVA Weekly Episode 6: A New Look at Testing, Behind the Scenes at IM-Rec END_OF_DOCUMENT_TOKEN_TO_BE_REPLACED

Inside One of the UVA Labs Studying COVID-19 END_OF_DOCUMENT_TOKEN_TO_BE_REPLACED