Board of Visitors Selects James E. Ryan as University of Virginia’s Next President 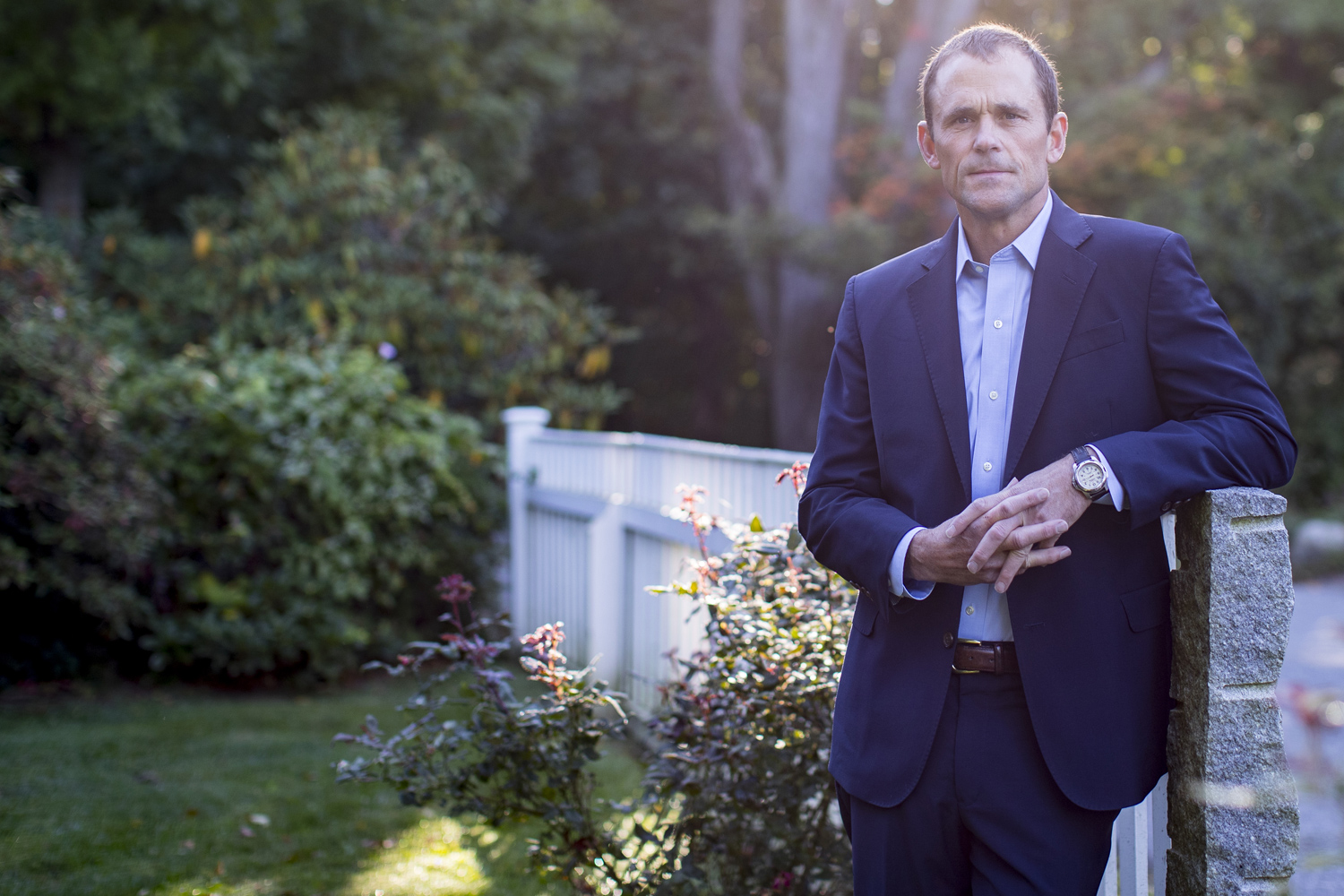 The University of Virginia Board of Visitors on Friday unanimously voted to name James E. Ryan as the University’s next president.

A widely respected and accomplished educator and legal scholar, Ryan earned his law degree from UVA and previously served on the School of Law faculty. Since 2013, he has served as dean of the Harvard Graduate School of Education and the Charles William Eliot Professor of Education.

“Jim Ryan brings an exceptional blend of talent, experience, energy and vision to the University of Virginia at a time when the institution stands ready to chart a course for continued excellence into our third century,” said Frank M. “Rusty” Conner III, rector of the Board of Visitors and co-chair of the special committee leading the presidential search.

Ryan’s transition will begin in summer 2018, with his official term as president beginning on Oct. 1, 2018.

“The University of Virginia has occupied a special place in my heart since the day I first stepped on Grounds,” Ryan said. “Returning here to continue playing a role in the extraordinary work of this University community is deeply humbling, and an opportunity that I will strive every day to honor.”

He will succeed Teresa A. Sullivan, who in 2010 became the University’s first woman president and guided UVA to new heights with the development and implementation of a new strategic plan, the completion of a $3 billion capital campaign and the continued strengthening of the University’s academic and research enterprises.

Sullivan announced in January her intention to retire as president, and requested the Board of Visitors at that time to begin the search process.

“The University warmly welcomes Jim Ryan back to Grounds,” Sullivan said. “The University of Virginia will be in good hands. I am grateful for the opportunity to have served the University, which holds such an important place in higher education, particularly among those with public missions.”

In 1998, Ryan joined the School of Law faculty after finishing a fellowship and clerking for the chief judge of the 9th U.S. Circuit Court of Appeals, and for then-United States Chief Justice William H. Rehnquist. During his time at the Law School, Ryan served as the Matheson and Morgenthau Distinguished Professor of Law and as the academic associate dean. In 2009, he founded the Program in Law and Public Service, which gives law students training and mentoring for public service careers.

Ryan’s courses at UVA proved immensely popular and, in 2010, he was named recipient of an All-University Teaching Award. That year, Ryan also argued before the U.S. Supreme Court for a client of the School of Law’s Supreme Court Litigation Clinic in a case dealing with federal firearms laws. He also has written about Supreme Court litigation, education law and policy, and constitutional law.

Ryan’s writing often focuses on the intersection of education and law, including topics such as school finance, school choice, desegregation and education standards. He is author of the acclaimed “Five Miles Away, A World Apart,” which examines the modern history of how law has shaped educational opportunities, using two Richmond-area schools to illustrate the story.

Ryan’s career has been distinguished by service-oriented assignments and volunteerism. The U.S. Secretary of Education appointed him in 2011 to the Department of Education Equity and Excellence Commission. He previously served on the board of The Tapestry Project in New York, the Maya Angelou Public Charter School in Washington and the Legal Aid Justice Society in Charlottesville. Ryan also has volunteered with the Special Olympics and as a youth sports coach.

At Harvard, Ryan has continued to explore the connection between law and quality education. He has emphasized the importance of research – and reasoned debate of its findings and evidence – as an effective path toward influencing and improving education policy. Ryan said his guiding principles as dean have been to better understand how students learn, to determine how to help more students succeed and to expand educational opportunities. 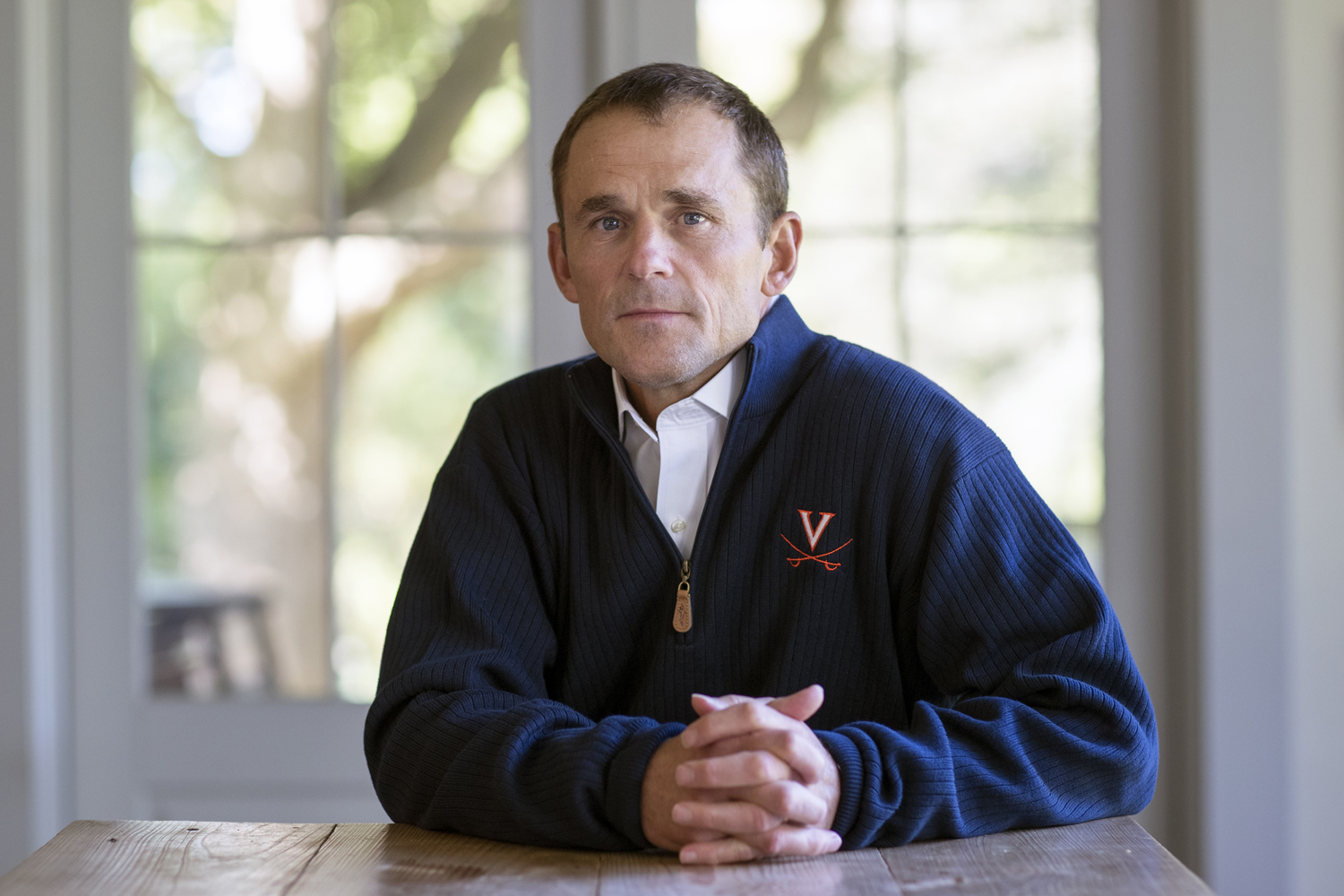 William Goodwin, former UVA rector and co-chair of the presidential search committee, said Ryan deeply impressed committee members with a depth of experience, insight and clear commitment to the mission of higher education in service to the commonwealth, nation and world.

“Jim Ryan is a person of great integrity who embodies the values at the core of the University,” Goodwin said. “I’m delighted that he will be representing UVA and leading this great university to even bigger and better things for the future.”

Goodwin also praised Sullivan for her leadership and contributions to the University.

“No one worked harder than Terry Sullivan to advance this great university,” Goodwin said. “I know I speak on behalf of the entire Board of Visitors in thanking her for her service and for representing the University of Virginia with such grace and professionalism.”

Pamela Sutton-Wallace, CEO of the UVA Medical Center and a member of the search committee, said, “Jim Ryan impressed the search committee with his fierce intellect and a proven ability to establish rapport with a variety of stakeholders, including students, faculty, staff and the broader community. On a personal level, he is able to quickly make connections with others in an approach that projects genuine humility, warmth and an engaging sense of humor.”

Harvard President Drew Gilpin Faust said UVA was fortunate to have Ryan rejoining its community, this time as a leader for the third century.

“Jim Ryan elevated the Harvard Graduate School of Education with an effective combination of academic passion and organizational expertise. He excels at developing institutional vision, aligning strategies with their resources and, most importantly, inspiring others to join together to make it happen,” Faust said. “He will be greatly missed at Harvard, but we look forward to following his successes at UVA.”

Friday’s vote was the culmination of an extended search process launched in January with the formation of the Special Committee on the Nomination of a President. The 22-member committee – which included Board of Visitors members, students, faculty and staff members, and alumni – conducted nearly 50 outreach sessions throughout the nomination and review process and gathered comment through an online survey as well.

Ryan will begin his tenure at a pivotal moment for the University of Virginia, which is consistently recognized for its academic quality and value. UVA continues to commemorate its bicentennial by celebrating and exploring its history, while charting a course for its third century that sustains academic, research and health care excellence while positioning the University to play a leading role in global higher education.

“As it has for 200 years, the University of Virginia will pursue ever-higher ambitions,” Ryan said. “UVA’s third century should be marked by its continued rise as a model of higher education for the world. It is a public institution in its truest sense, educating citizen leaders in service to our democracy, and improving the lives of people everywhere. I’m thrilled to be a part of it again.”

Ryan is married to Katie Homer Ryan, a staff attorney for the Education Law Clinic and Trauma and Learning Policy Initiative at Harvard Law School, and an adjunct lecturer in education. Katie Ryan is a 1987 graduate of Dartmouth College and, like Jim, earned a J.D. from the UVA School of Law in 1992. The Ryans have four children: Will, age 20; Sam, 18; Ben, 16; and Phebe, 11.

Jim and Katie Ryan are accomplished runners, each having completed the Boston Marathon for the last seven years. Jim’s other interests include skiing, mountain biking, fly-fishing, surfing, cooking and photography.

UVA Weekly Episode 6: A New Look at Testing, Behind the Scenes at IM-Rec END_OF_DOCUMENT_TOKEN_TO_BE_REPLACED

Inside One of the UVA Labs Studying COVID-19 END_OF_DOCUMENT_TOKEN_TO_BE_REPLACED